Landon Collins made one of the plays of the NFL season early in Tuesday's NFC East tilt between the Philadelphia Eagles and Washington Football Team.

With the Eagles facing third-and-1 on their first possession, quarterback Jalen Hurts looked to tight end Dallas Goedert in the flat. Hurts hit his target, but Goedert couldn't corral the ball, which bounced of his hands as he turned upfield.

The ball appeared to hit the turf before Washington safety Landon Collins grabbed it. The whistle blew, and the Eagles sent their punt unit onto the field. But the keen eye of a replay official stopped play before the Eagles got their punt off. The ball never touched the turf after Hurts' pass.

As Goedert turned upfield, the ball bounced off his heel back up into the air, where Collins secured it for what was eventually correctly ruled an interception.

Unfortunately for Collins, he was denied a chance at a likely easy pick-six when officials blew the play dead. Fortunately for Washington, its offense converted the turnover into a 26-yard drive that ended in an Antonio Gibson touchdown run to take an early 7-0 lead.

He didn't get the score. Collins will have to settle for one of the plays of the year. 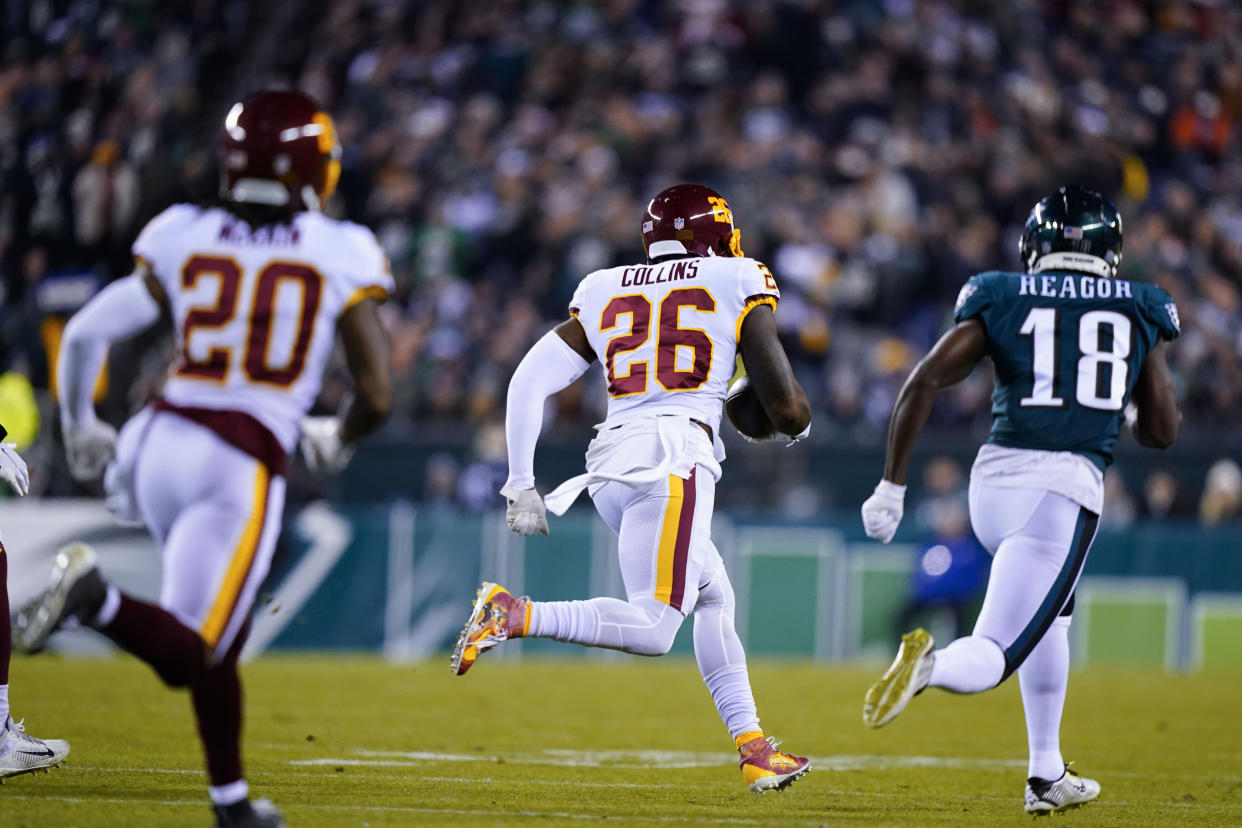