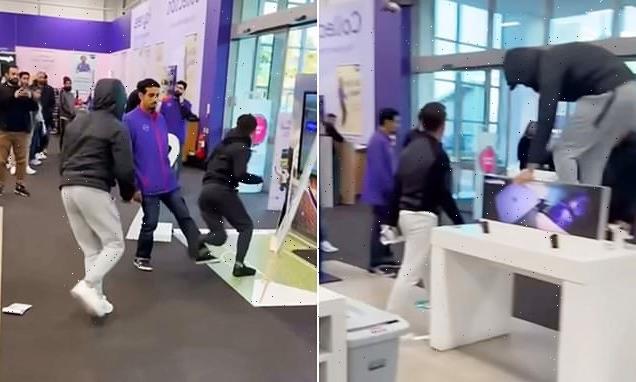 A video shows the moment a group of youths trashed a Currys store in Highgate, Birmingham before making off with mobile phones.

Members of the public shopping in the store filmed the shocking scenes in which the four young men run through the tech shop and help themselves to gadgets.

West Midlands Police are investigating the robbery which they say took place at around 5.30pm on Saturday.

Despite the dramatic scenes, the four youths only managed to make off with two phones, Currys confirmed.

One brave member of staff appears to be standing up to the group, and even tries to trip one of them up as he makes his getaway.

The shop worker is ultimately helpless, with the four men making a quick exit as bemused shoppers watch the terrifying events unfold.

As the thieves make off with the phone, a customer appears to ask a member of staff ‘Why didn’t you stop them?’

He seems to respond ‘I am not allowed to’. The customer, clearly shocked by his reply, asks ‘Really?’

Customers can be seen backing away from the area, clearly feeling threatened by the aggressive actions of the robbers. 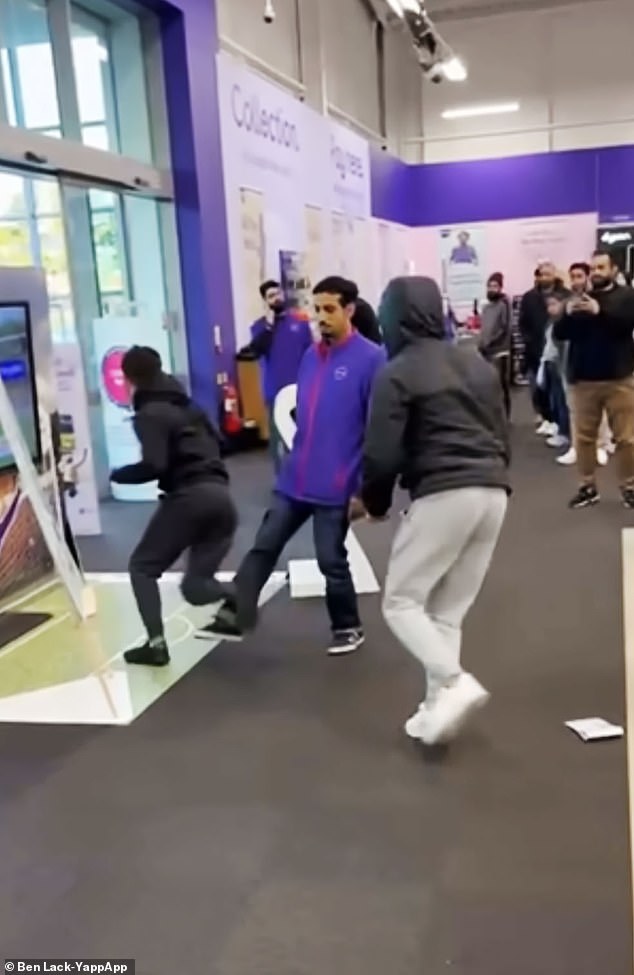 One brave member of staff appears to be standing up to the group, and even tries to trip one of them up as he makes his getaway

One thief can be seen standing on a table and kicking a phone stand repeatedly, with the help of his friend who is standing on the ground.

They continue to batter the stand until the phone comes loose and falls to the floor.

He jumps down and they scoop the phone up off the floor before making off with the other men, who are all wearing dark hoodies and coats.

The others appear to be causing havoc as they run through the store in the clip.

In a statement Currys said: ‘We experienced a robbery on Saturday 8 October at Currys Highgate store in Birmingham. 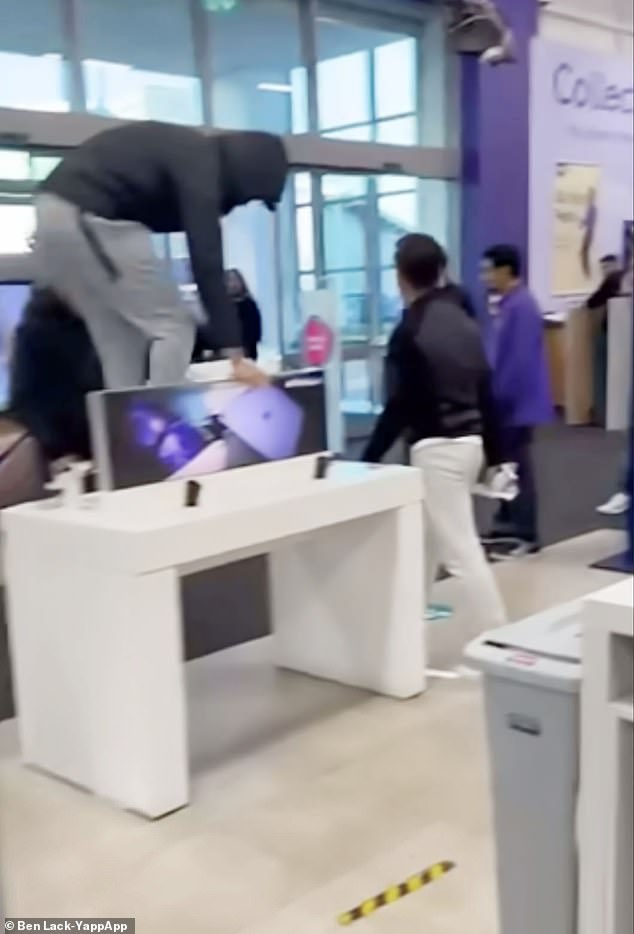 Despite the dramatic scenes, the four youths only managed to make off with two phones, Currys confirmed

‘We can confirm there were four individuals involved, who caused damage to a display stand and stole two mobile phones.

‘The safety of our colleagues and customers is of paramount importance to us, and we’re thankful no-one was injured.

‘Aggressive, criminal behaviour will never be tolerated towards our customers and colleagues, and we are proud of the colleagues in-store who remained calm, and ensured the situation was de-escalated as much as possible.

‘The store is open to customers as normal and we’re working with the police to support their investigation.’