EVIL Peter Sutcliffe has gone to his grave after being struck down with a deadly dose of coronavirus – without ever saying sorry for the murders which shocked and terrified a nation.

His death at the age of 74 marks the end of one of the most notorious chapters in British criminal history. 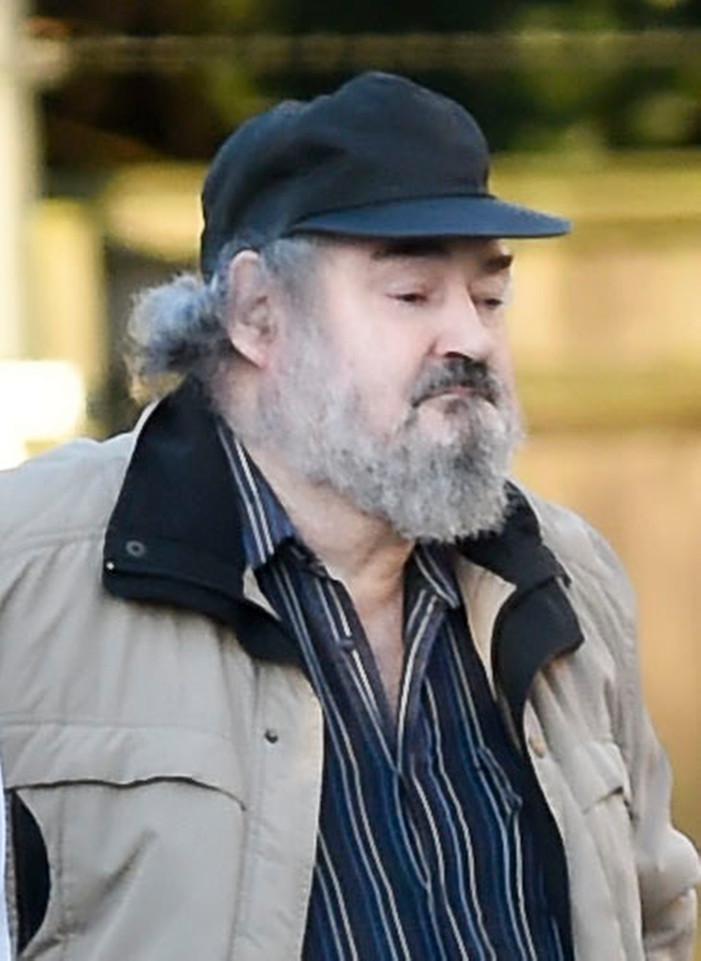 And for the relatives of the women he butchered it also stands proud as the one silver lining to the global pandemic.

The son of one victim said: “Good riddance. Who’d have thought that coronavirus could produce at least one happy ending?”

Sutcliffe’s reign of terror began in 1975 when he assaulted two women in West Yorkshire who narrowly escaped with their lives.

A short time later he killed for the first time and in so doing unleashed a wave of panic across huge swathes of northern England.

Towns and cities were left deserted at night as women were terrified to go out alone. 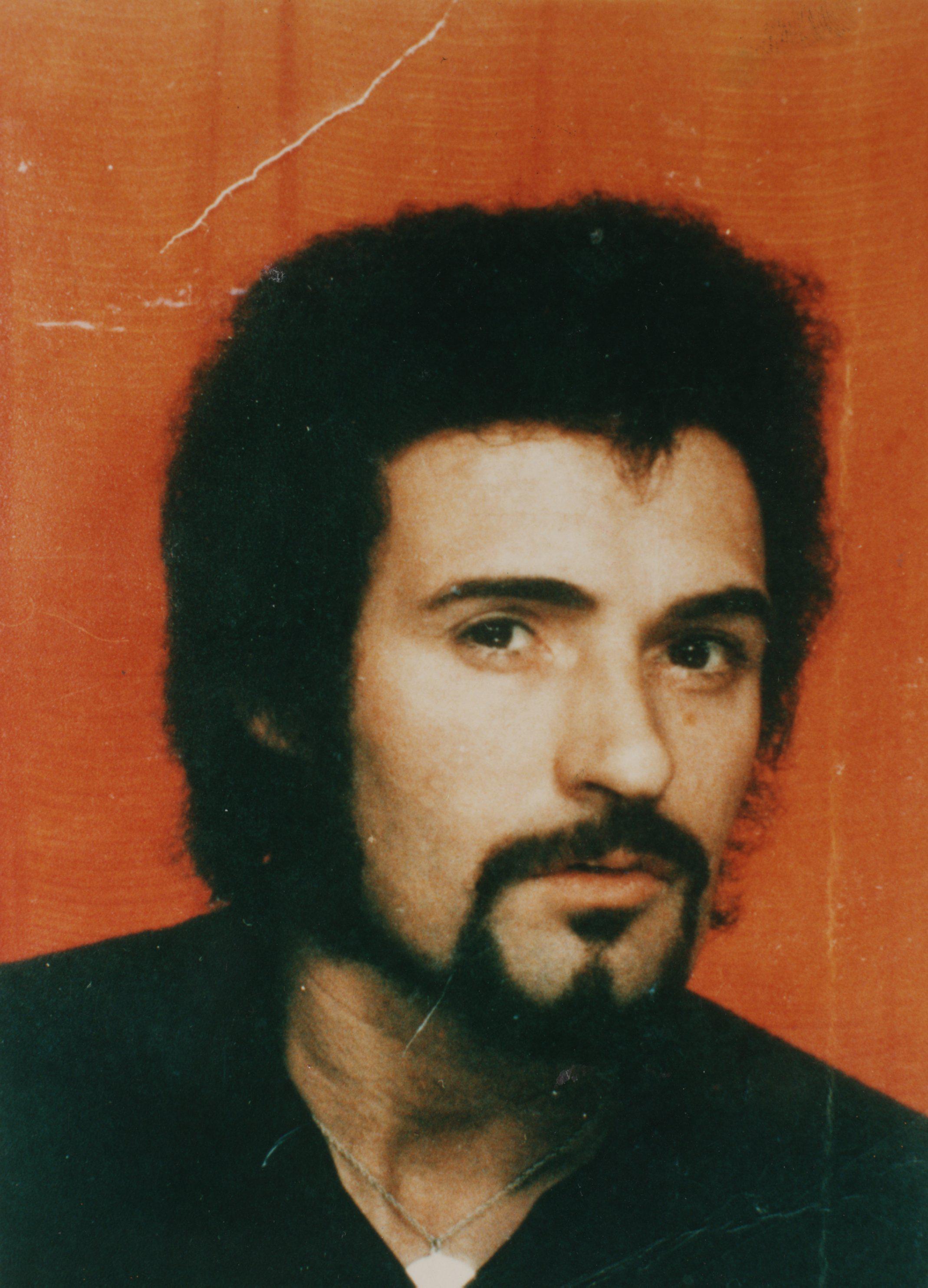 By the time of his arrest in 1981 – when he was about to kill again -13 women were dead and another nine had suffered a vicious beating which changed them forever.

Sutcliffe blamed voices from God which instructed him to clear the streets of prostitutes.

But detectives, lawyers and the Old Bailey jury which convicted him of murder were convinced he was a cold-hearted sex killer.

Sutcliffe was born on June 2, 1946, at the Bingley and Shipley Maternity hospital, West Yorkshire, to mill worker dad John and mum Kathleen. 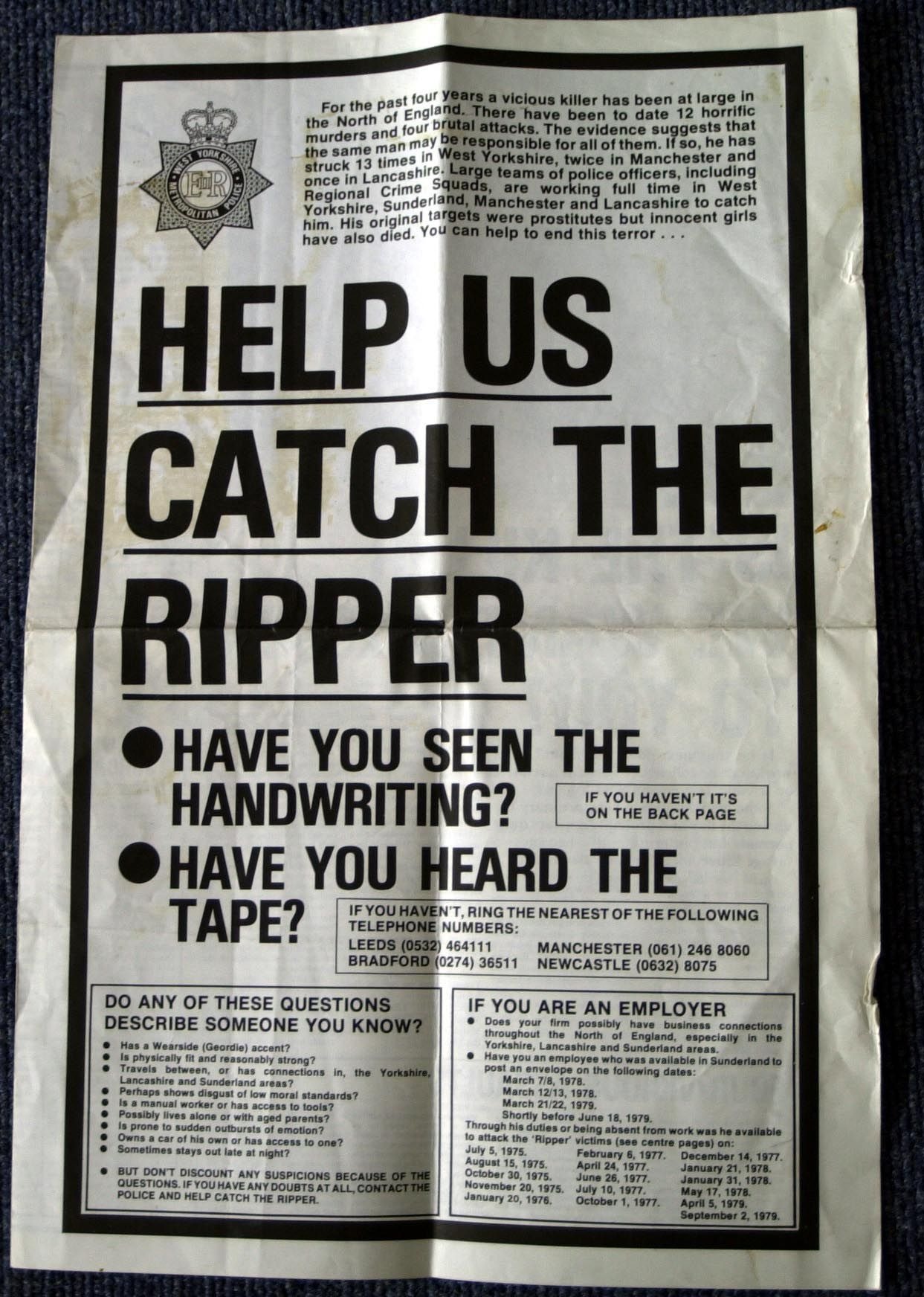 He was a tiny baby, weighing just 5lb, and tough John, a traditional sports-mad Yorkshireman, was disappointed with his first born right from the start.

He considered him a “mummy’s boy” who was forever clinging to Kathleen’s skirt.

Classmates thought the same – at school the small, skinny lad was considered a loner who struggled to fit in.

John remembered later: “He always seemed detached from the other children.

“There was a little corner of the schoolyard where he used to stand and he stayed there the whole of the play hour.”

These are the victims targeted by Sutcliffe during his reign of terror:

When he reached teenage years girls thought he was a shy oddball, with dark staring eyes. He struggled to hold a conversation unless it was about cars and motorbikes which he was obsessed with.

Sutcliffe, now one of six brothers and sisters cramped into a four-bed house in Bingley, near Bradford, left Cottingley Manor School with no qualifications.

He had a string of jobs in mills and engineering firms before landing a post as a gravedigger at Bingley Cemetery in 1964 earning £7 for a 44-hour week.

He gained a reputation for a sick line in practical jokes but most disturbingly also bragged of how he took rings from dead bodies to give to people as presents.

For the first time in his life he had a close group of workmates who he went drinking with, usually to the Royal Standard in Bradford’s red light district.

They had their own spot in the boozer which they christened “Gravediggers’ corner” – which is where he first met future wife Sonia in 1966. 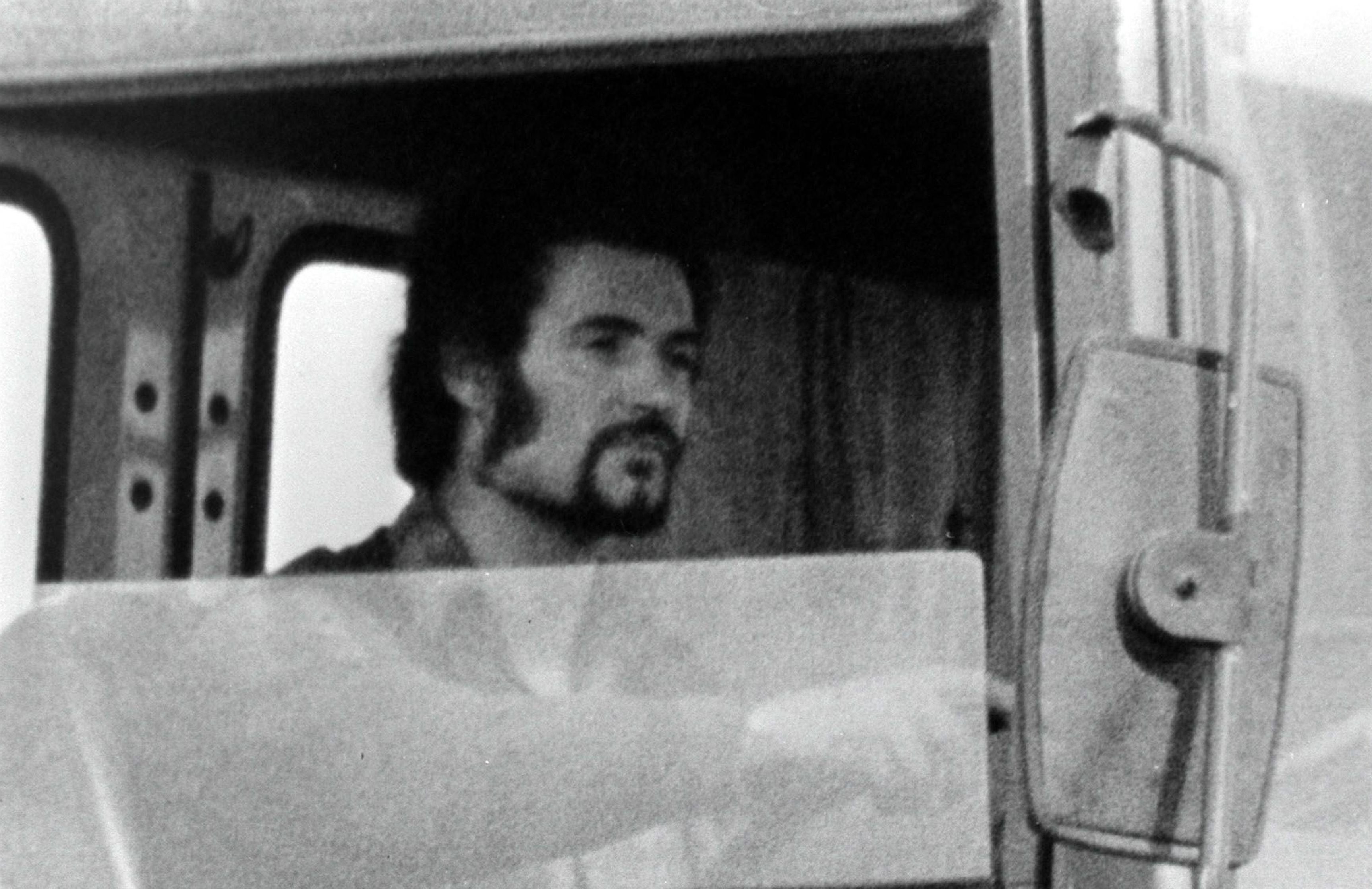 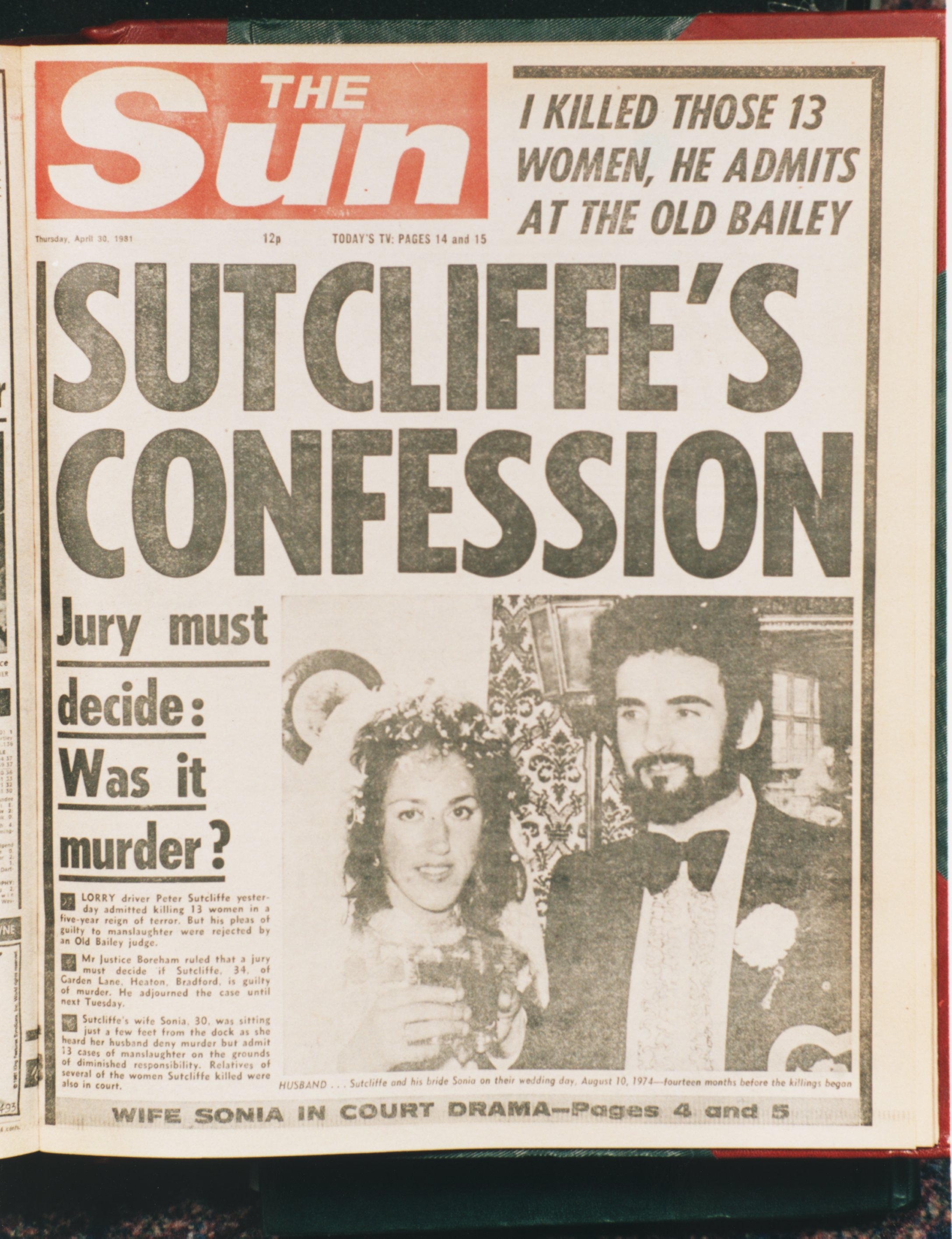 The daughter of Ukrainian and Polish–born refugees who had fled Czechoslovakia for Britain after the war, Sonia was quiet and shy. They hit it off straight away.

A few months after he met Sonia, Sutcliffe was at work digging a grave when he heard a strange voice, which he thought was his workmates winding him up.

But when he climbed out of the grave and looked around he couldn’t see anyone.

He was shocked to realise that the voice appeared to be coming from the grave of a Polish man called Bronisław Zapolski.

He quickly realised it was the voice of God – and knew he had to keep it secret.

January 1981: Sutcliffe is arrested by police in Sheffield. He confesses to being The Ripper.

May 1981: He is given 20 life sentences at The Old Bailey over 13 murders and seven attempted murders. He starts sentence at HMP Parkhurst, Isle of Wight.

In 1969, the year after they got engaged, Sutcliffe and Sonia’s relationship hit the rocks when his brother spotted her being driven by a handsome Italian businessman in a white Triumph Spitfire.

The couple had a furious row and to gain his revenge Sutcliffe picked up a hooker in Bradford that night intending to have sex with her.

He changed his mind at the last minute but claimed the woman conned him out of a fiver – triggering a raging hatred for prostitutes.

The voices in his head began telling him that all of society’s ills were down to prostitutes – and it was his mission to clear them off the streets.

He launched his first attack in Bradford in 1969 when he filled a sock with pebbles and gravel and smashed it over a woman’s head after sneaking up behind her.

Luckily, she escaped with only minor injuries. 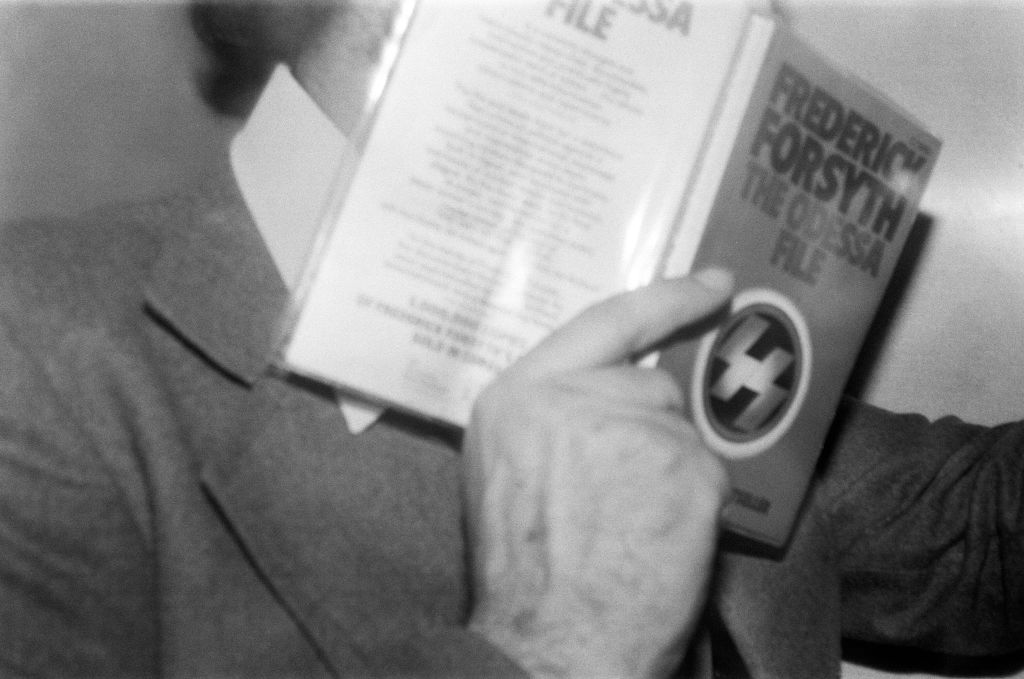 A month later he was back on the prowl, this time with a hammer. A cop arrested him but he was only charged with going equipped to steal and was fined £25.

There was then a six-year gap – during which he married Sonia after they made up following the row over the Italian – before he attacked again.

He smashed two women over the head with a hammer leaving them with severe head injuries, but alive.

He killed for the first time in October 1975 when he again used a hammer to attack mum-of-four Wilma McCann, 28, before stabbing her 15 times.

Over the next five years he killed 12 more women – five of whom were not prostitutes – in West Yorkshire and Greater Manchester.

He inflicted horrific wounds to their bodies, slashing at their abdomens with such ferocity that their intestines spilled out.

It earned him the name the Yorkshire Ripper – which he hated.

A bungled police investigation failed to halt his killing spree despite him being interviewed an incredible nine times.

The old-fashioned incident room in Leeds, run without the benefit of computers, was literally creaking under the weight of paperwork – structural engineers were called in to strengthen the building amid fears it would collapse.

In 1979 the investigation – by now the biggest criminal inquiry the country had ever known – was blown off course when cops received two letters and a tape, apparently from the killer.

Addressed to Assistant Chief Constable George Oldfield, the cop in the charge of the inquiry, the recording taunted: “I have the greatest respect for you George but Lord, you are no nearer catching me now than four years ago when I started.”

A huge publicity campaign worth £1m was launched in the hope that someone would recognise the Wearside voice. 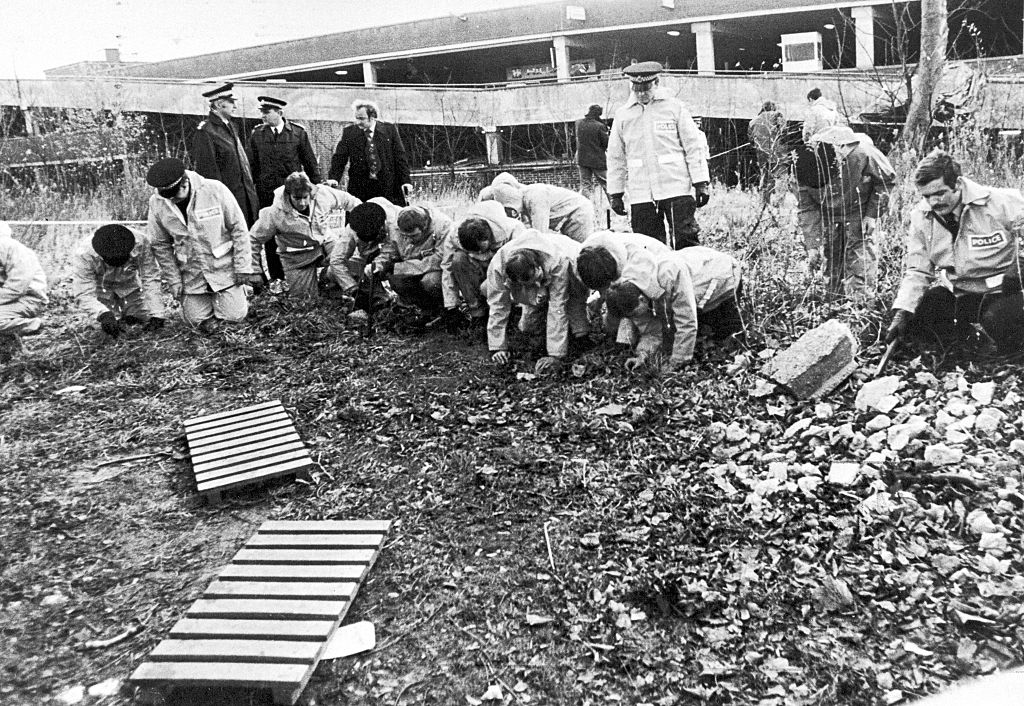 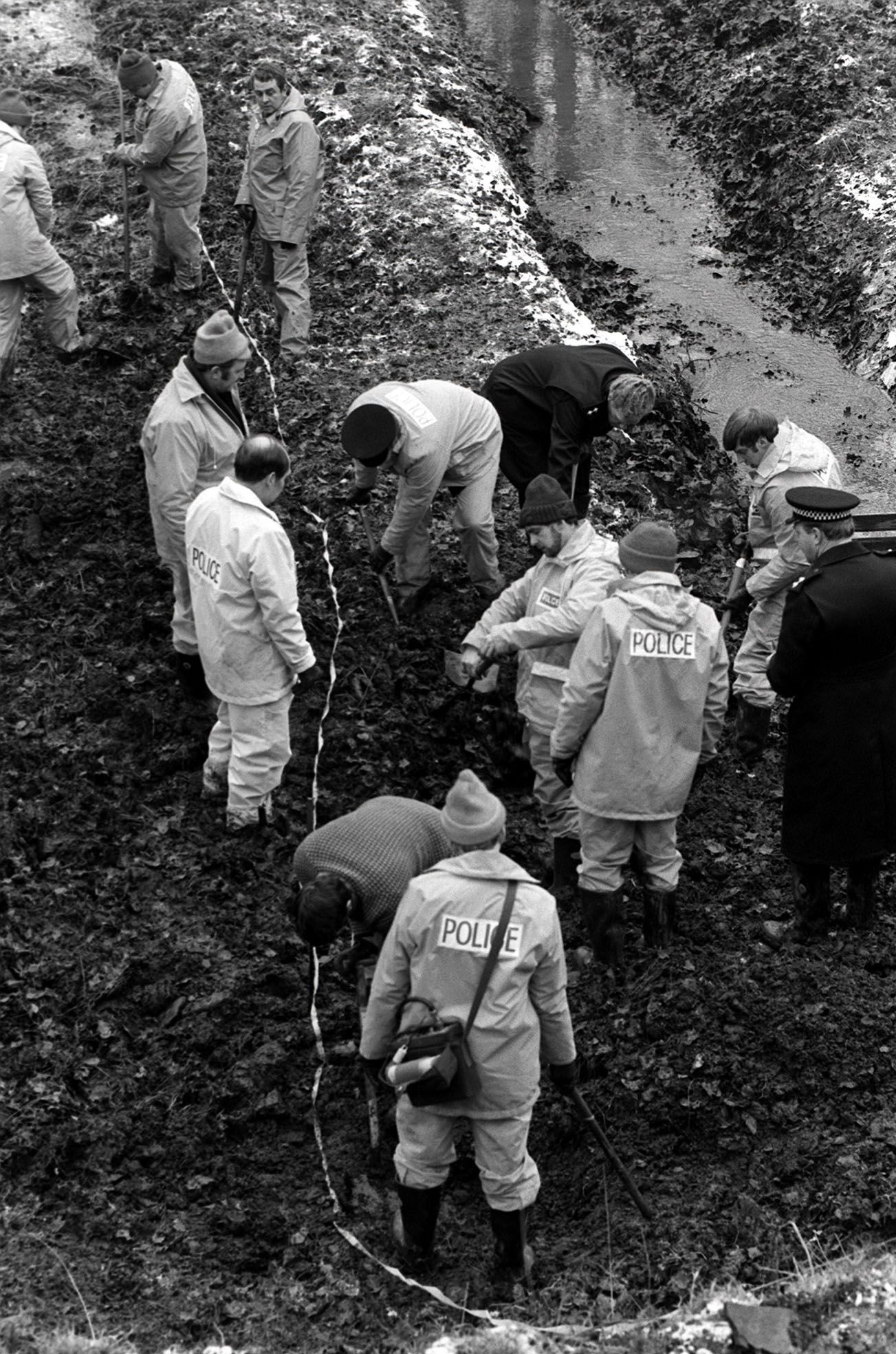 It was to no avail and police would take another 26 years before they tracked down the hoaxer in Sunderland – a pathetic alcoholic called John Humble who was eventually jailed for eight years for perverting justice.

Thanks to the tape, cops put all their resources into catching ‘Wearside Jack’ – leaving Sutcliffe free to kill three more women.

He was finally arrested on January 2, 1981, in Sheffield by two uniformed officers who spotted him in his parked car with a hooker while they were on routine patrol.

They spotted he had stolen number plates on his Rover 3500 and took him in for questioning.

As suspicions grew one of the cops returned to the spot where Sutcliffe had been arrested and found a hammer and knife which he had hidden when they allowed him to spend a penny.

After more than five years and 13 murders the police finally had their man.

He confessed soon after and West Yorkshire Police held a celebratory press conference to break the news to the world’s media. 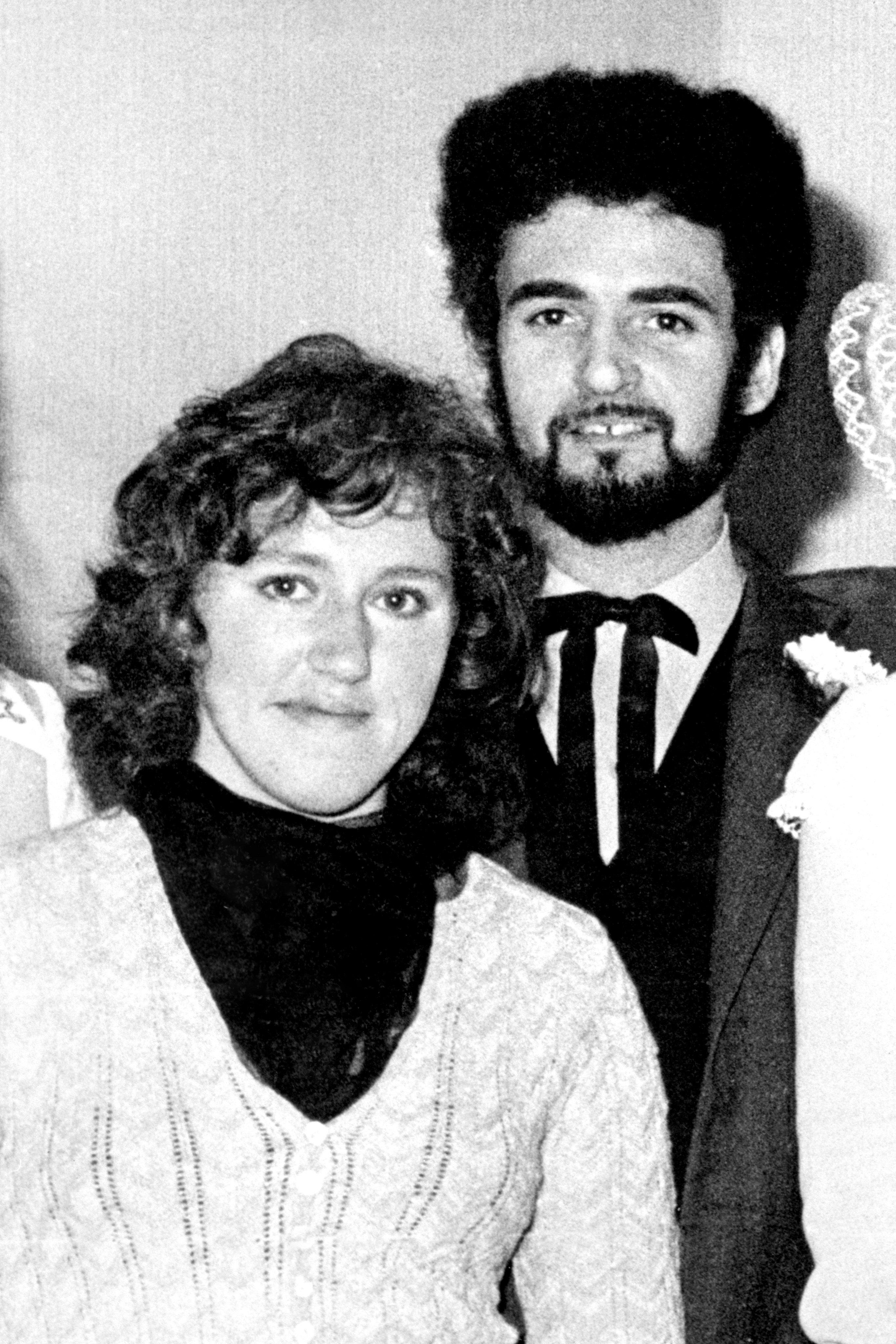 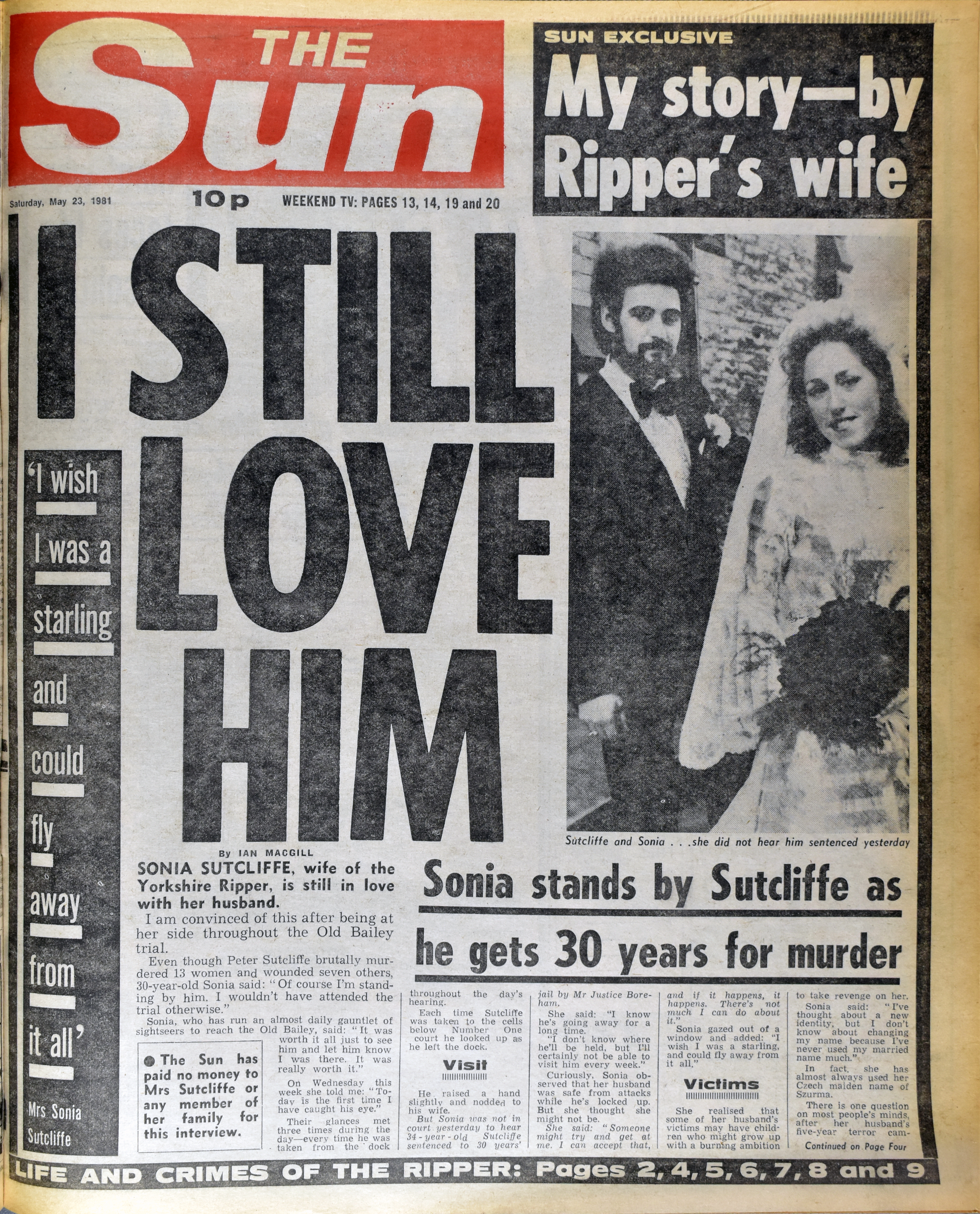 Sutcliffe was jailed for life in May 1981 at the Old Bailey for 13 murders and seven attempted murders. He later admitted two more non-fatal attacks.

His minimum term of 30 years was later changed to a full life sentence meaning he would never be released, but devoted wife Sonia pledged to stand by him.

She continued to visit him at Parkhurst prison and later at Broadmoor where he was transferred in 1984 due to his paranoid schizophrenia. She even visited him after they divorced and she remarried.

Sutcliffe was accused at his trial of faking mental illness to secure a manslaughter conviction instead of murder – which would mean a lighter sentence in a cushy hospital instead of a life term in prison. 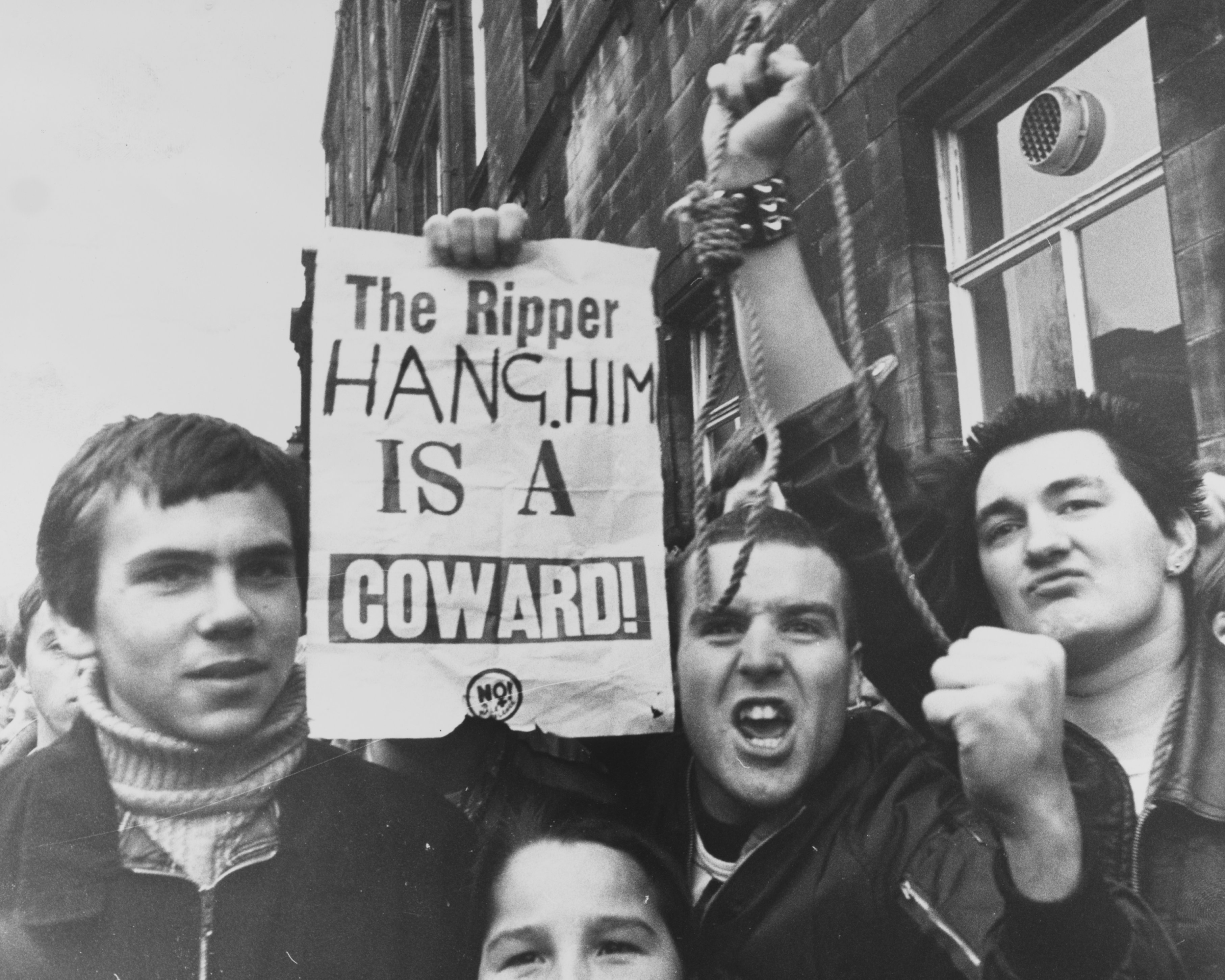 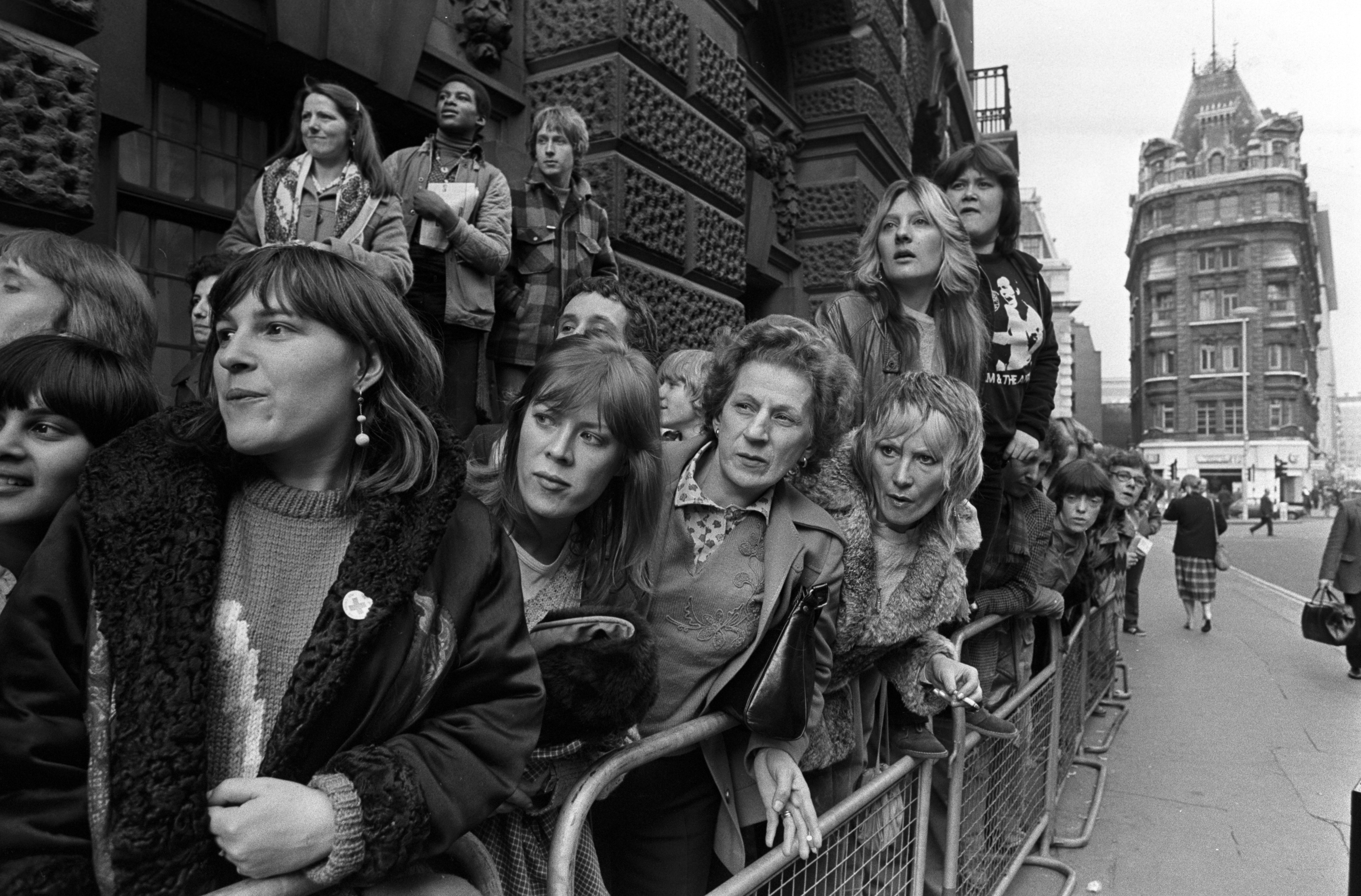 The jury saw through it but three years later the psychiatrists got their way and he was transferred from Parkhurst prison to Broadmoor hospital in Berkshire.

While there he enjoyed sumptuous barbecues and lavish Christmas dinners as well as taking cookery lessons as part of his treatment. His weight ballooned to nearly 20stones which led to diabetes and angina.

He suffered a series of attacks by other convicts including one in 1997 in which a killer used a pen to stab him in both eyes, leaving him blind in his left. 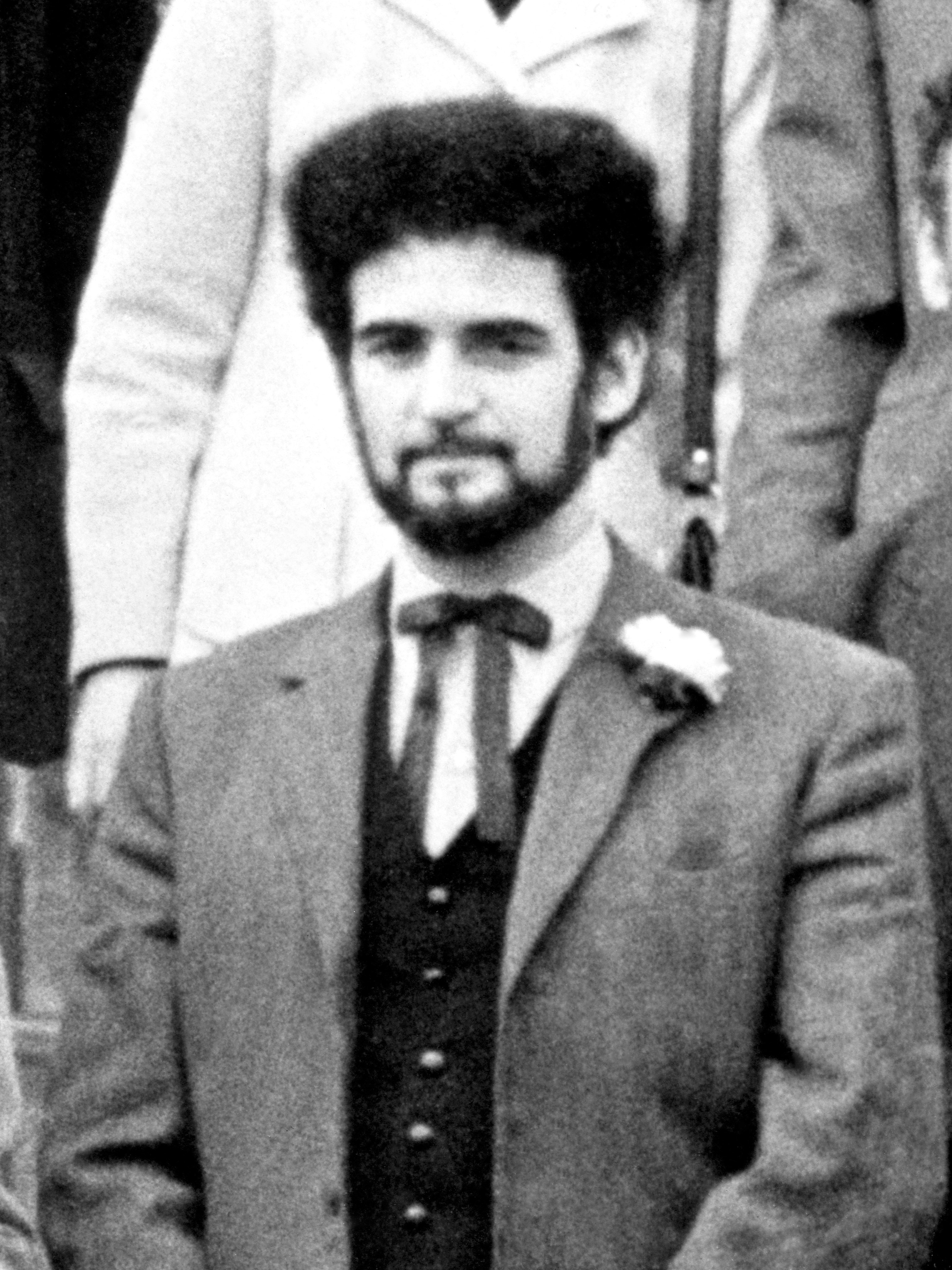 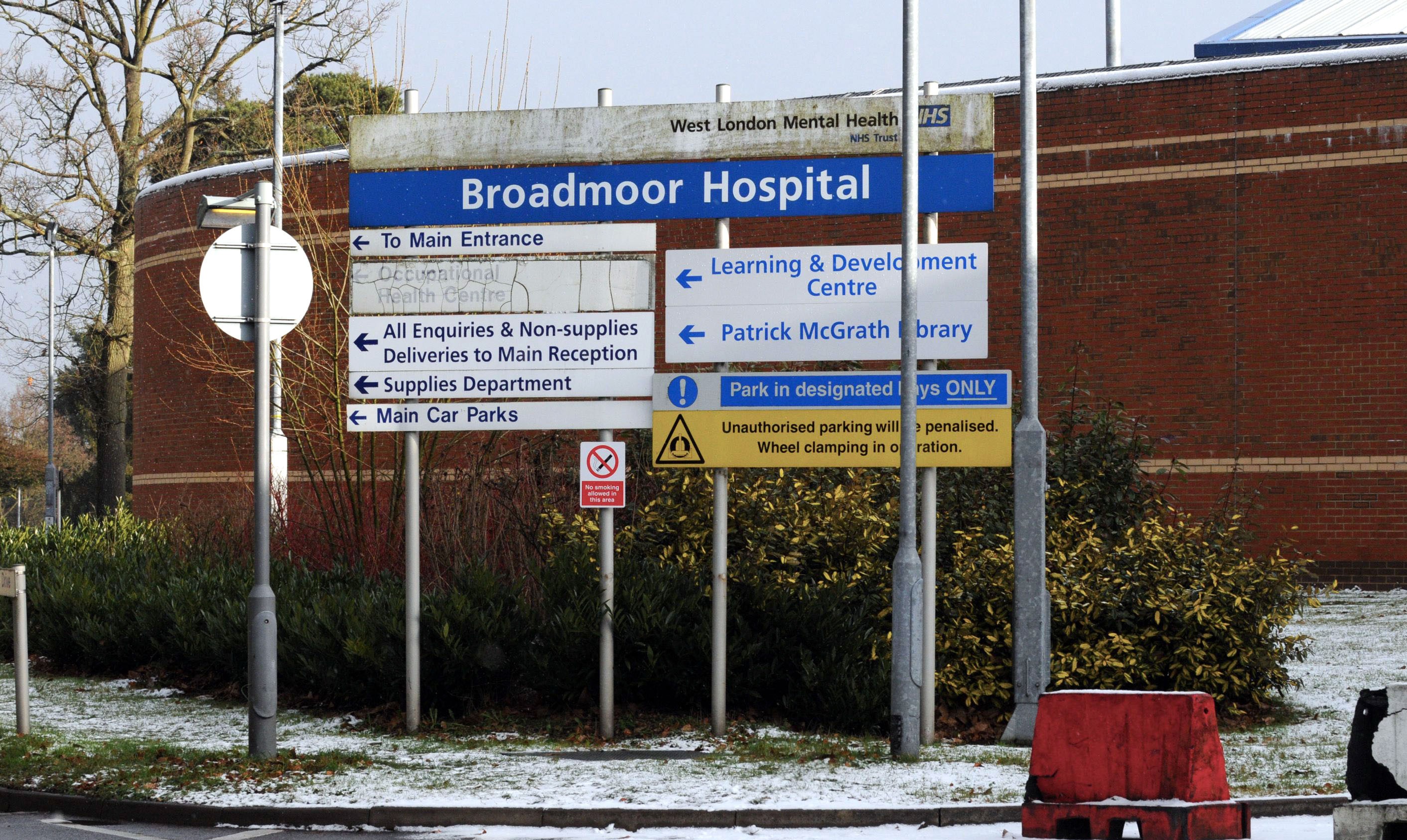 While in Broadmoor Sutcliffe changed his name and began using his mother’s maiden name of Coonan to avoid publicity when he opened a bank account.

He became close pals with the then television favourite Jimmy Savile who was Broadmoor’s unofficial entertainments manager.

Sutcliffe painted pictures for Savile who would introduce him to guests he brought into the hospital.

They were so close that Sutcliffe stood by Savile after his death in 2011 when he was exposed as one of Britain’s worst ever sex offenders.

He abused hundreds of people at various locations including Broadmoor but Sutcliffe wouldn’t hear a bad word said about his fellow Yorkshireman. 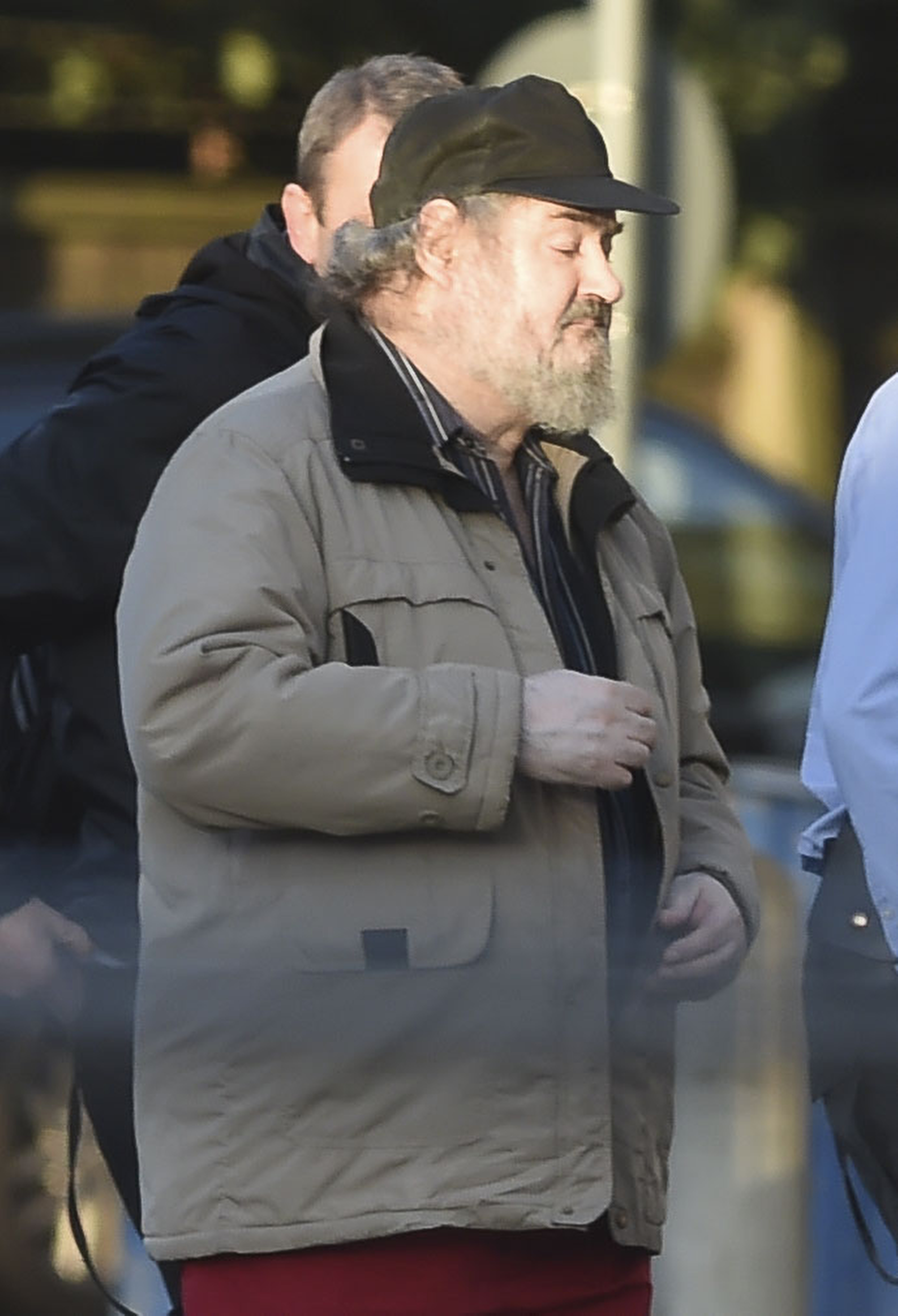 After 32 years at Broadmoor doctors said Sutcliffe was stable enough to return to prison. He was furious and complained bitterly about losing his cushy life but it was in vain.

While there his health continued to deteriorate until his suspected heart attack last month followed by his positive Covid test.

In October, he was rushed to hospital with a suspected heart attack. Doctors managed to stabilise his heart rate but shortly after he returned to prison he tested positive for coronavirus.

He was taken back to hospital when his condition deteriorated but he refused treatment and never recovered.

The Yorkshire Ripper has now passed away having never publicly expressed remorse for his crimes – or issuing any sort of apology to his victims. 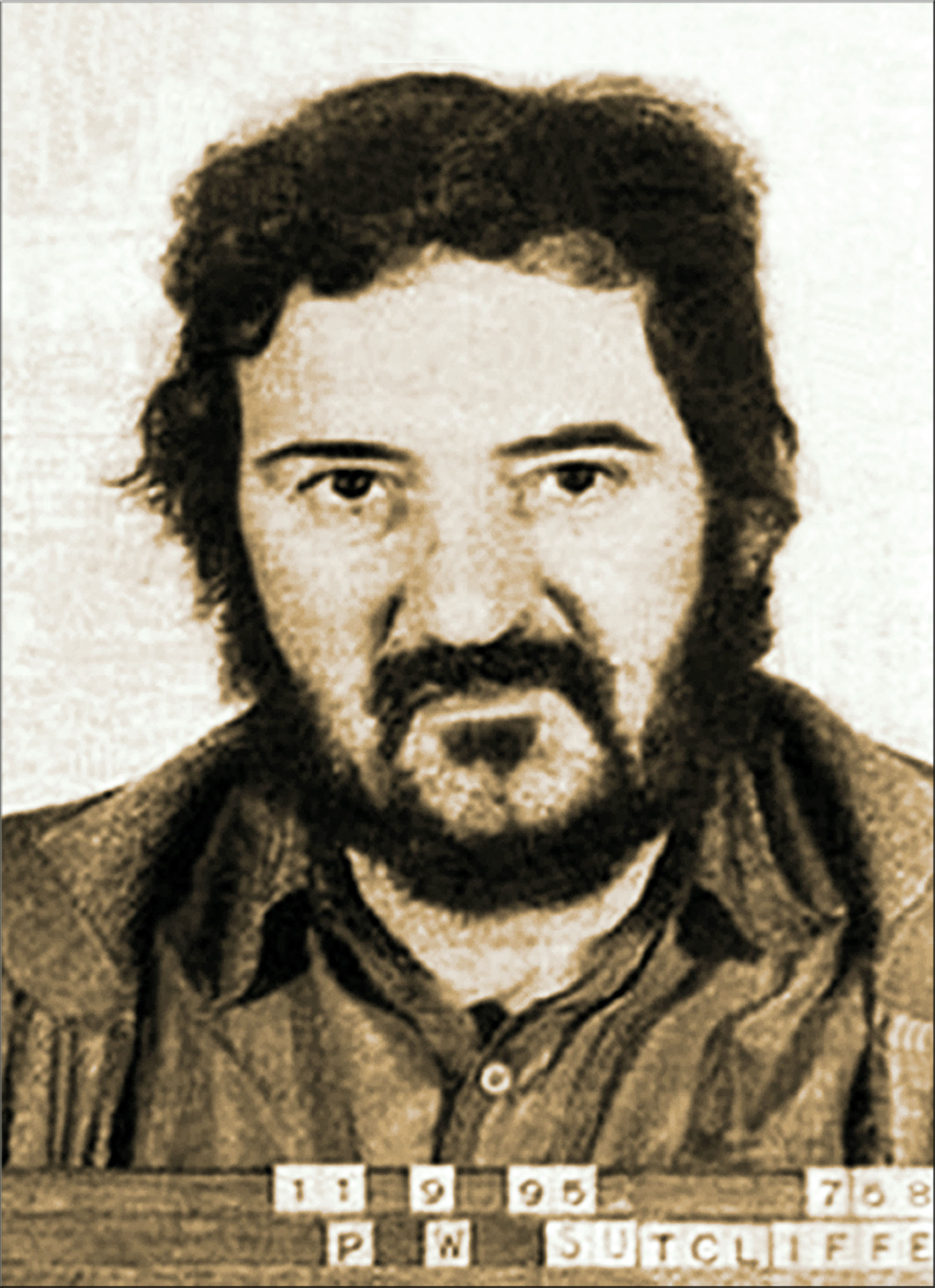 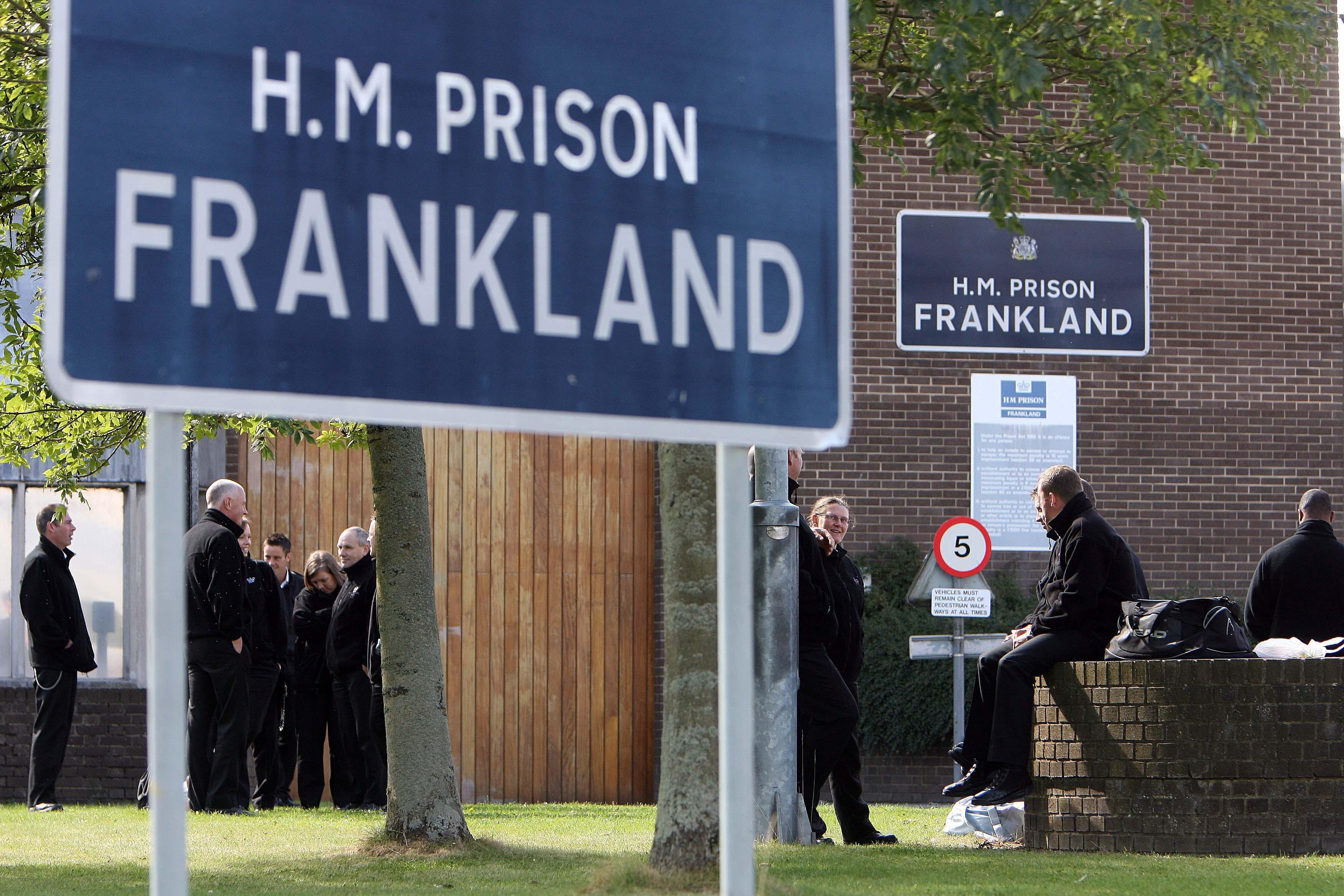