Washington: Some time soon, federal authorities will begin selling off what's left of former Trump associate Paul Manafort's life, a small fortune amassed through a decade of illicit lobbying work. When they do, the investigation into Russian election interference in the US elections stands to breach an unusual milestone: bringing in more money than it has cost. 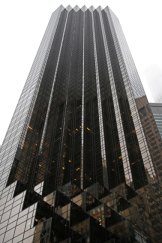 But first, lawyers working for Russia Probe Special Counsel Robert Mueller must reach a deal with another set of opponents, including the Trump Tower condo board.

A handful of banks and the Trump Tower Residential Condominium Board have lined up to argue that they're entitled to parts of the properties and investment accounts valued at about $US26.7 million ($37.5 million) that the former Trump campaign chairman has been forced to give up as part of plea agreement with Mueller's team. Included in the package of New York real estate is a $US7.3 million compound in the Hamptons and a $US3.8 million apartment in Manhattan's Trump Tower.

Many of the claims could be resolved as early as this week, according to court documents. When they are, the investigation Trump has dismissed as a witch hunt and a waste of money will more or less have paid for itself.

Mueller's probe has posted costs of about $US25 million so far. Exactly how much the government stands to collect will turn on how much of his property must be turned over to banks and others, and to New York's fluctuating real estate market. 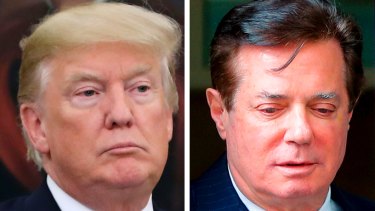 In addition to Manafort's fortune, the government stands to collect about $US1.9 million from other people charged as a result of Mueller's investigation.

Patrick Cotter, a former federal prosecutor who oversaw complex organised crime cases, said the leftover money, while substantial, represents the "icing on the cake for the government whose overriding priority is always a conviction".

"Rarely is there money sufficient to make a big recovery," said Cotter, who is not a party to the Manafort case. "It's only when all the fighting is over involving the banks, family and every other creditor do your really know what the leftover assets are really worth."

Among those picking at the multimillion-dollar leftovers:

In court documents, prosecutors said they were in possible settlement discussions with the board, and that a resolution could be reached as soon as this week.

In one of the more obscure disputes, a federal judge has given a general contractor until March 8 to support his claim for $US585,991.85 related to work on Manafort's Brooklyn brownstone.

Prosecutors have argued that the claim lacks "standing" and should be dismissed.

Manafort was found guilty of fraud and other charges by a federal court in Virginia, and pleaded guilty to related charges in another federal court in Washington. He hasn't been sentenced in either case, but has already agreed to give up a chunk of his fortune that he gained through illicit lobbying work for a pro-Russian faction in Ukraine. 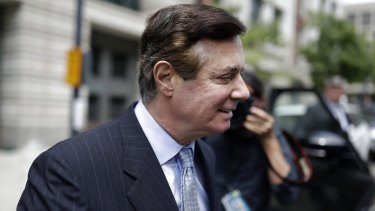 That fortune represents by far the bulk of fines and fees assessed against all targets in the Mueller inquiry so far.

Exactly how the final balance sheet for Mueller's investigation will even out may not be fully known for months. Trump has used the investigation's price tag – albeit an inflated one – to disparage the inquiry as a "witch hunt". He falsely claimed that its costs had topped $US40 million.

David Weinstein, a former federal prosecutor who handled international drug trafficking and fraud cases, said it would be "unusual" indeed to hope than any investigation as complex as Mueller's could turn a profit.