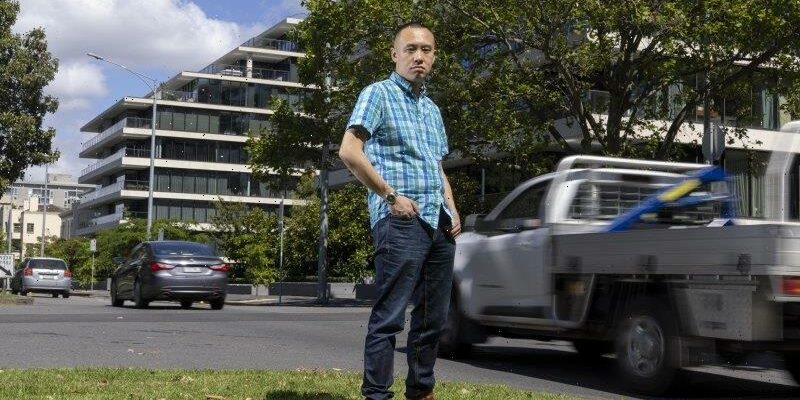 There was a time, when Melbourne was still in lockdown, that going for a drive was a relatively stress-free experience.

Traffic jams were a thing of the past, except for the snaking queues of cars outside busy testing centres, as COVID-19 restrictions confined people to their homes. 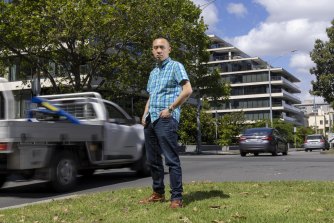 Xiao Ho has noticed his commute has gotten a lot worse.Credit:Wayne Taylor

The only issue was there weren’t many places to go.

Those days are over, with the number of cars on local roads back to pre-lockdown levels — sometimes higher.

Data provided by the Department of Transport shows that a number of key intersections around the city are recording a significant movement of cars as Melburnians enjoy their freedom.

Across the road network, traffic was at 96 per cent of pre-COVID baseline levels on November 30, with the department noting that more trips were being made locally, rather than to and from the CBD.

In Clayton, Dandenong Road recorded an average of 56,001 cars per day at the corner of Browns Road between November 22 and November 26, compared to 54,891 in the final week in February 2020.

During the fifth lockdown, in August this year, the same spot had an average of 36,809 cars — 67.2 per cent what it was before the pandemic. 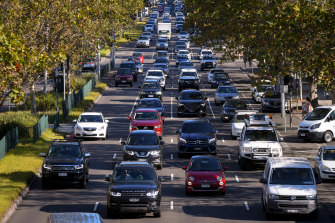 Xiao Ho, who commutes from East Melbourne to the city’s western suburbs, said that he had noticed that traffic was worse than it was before the lockdown.

Recently, it took him several hours to cross the city after a crash on the West Gate Freeway. On weekends, when he isn’t commuting, Mr Ho said driving in and out of the city on weekends is also much busier.

“I think the peaks are wider, they start earlier,” he said.

“When you’ve got a good run, East Melbourne to Williamstown is about 35-40 minutes, but it’s completely unpredictable, all it takes is one incident, and you’re stuffed.”

For those who live near connecting streets, the traffic noise also sounds like it has gotten worse.

Brunswick East resident Lyle Stebbing said that Lygon Street was much busier than he remembers before the pandemic.

“It’s much worse than before lockdown, everyone in the neighbourhood is saying that. People run the red light, they speed. And there are more motorbikes, which are so loud.” 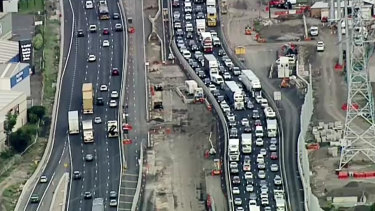 Meanwhile, some of Melbourne’s freeways are also heaving with traffic, as others take less of a load.

The Calder Freeway and Hume Freeway are exceeding pre-COVID levels, while the West Gate is just under what it was before. The Monash Freeway at Stud Road, however, is at 90.7 per cent of February 2020 traffic.

The department noted that arterial roads were operating closer to normal levels than freeways.

Data also showed that there were more localised journeys than pre-COVID times, according to the department.

“Department of Transport data shows a noticeable change in how Melburnians are using the road network,” a spokesperson said.

“Last years’ experience showed us that post-lockdown Melburnians returned to the arterial road network in greater numbers than those on our freeways. We are seeing a similar pattern this year.”

The traffic is unlikely to improve over summer, with a roadworks blitz planned for some of the state’s most critical transport corridors.

From Boxing Day until January 4, three of the West Gate Bridge’s five outbound lanes will be closed for annual maintenance.

There will be daytime lane closures and reduced speed limits on the Monash Freeway between Warrigal Road and Cardinia Road to add 36 kilometres of lanes.