RIMBO, Sweden (Reuters) – Yemen’s Saudi-backed government is willing to accept a U.N. role in Hodeidah’s seaport, a lifeline for millions of people during the country’s war, but not a long-term presence in the city itself, Foreign Minister Khalid al Yamani said on Monday. 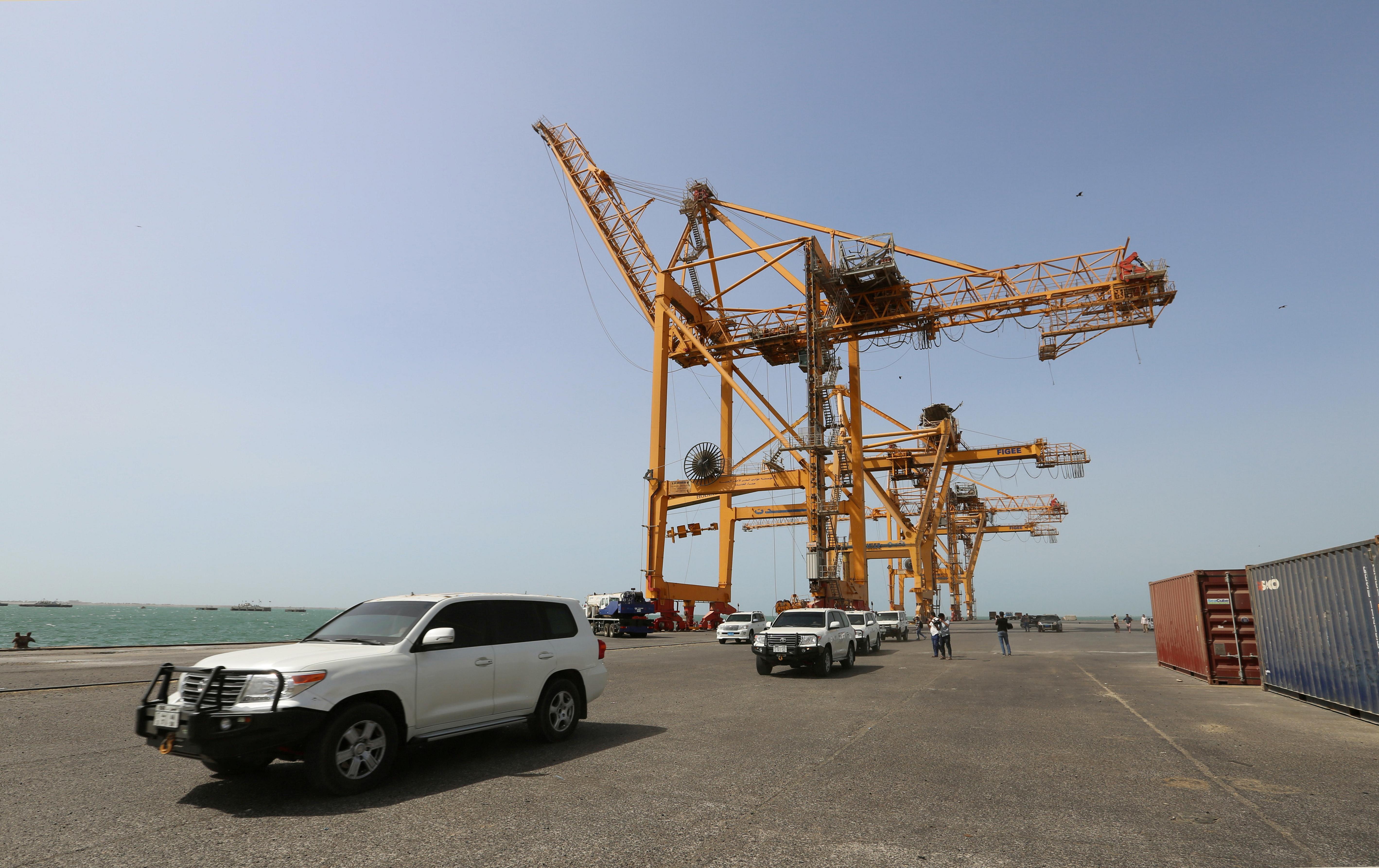 Yamani told Reuters that Hodeidah, which is currently held by the Iranian-aligned Houthi group, should come under the control of his government.

The Houthis control most population centers, including the capital Sanaa which it seized in 2014 after ousting the internationally-recognized government of Abd-Rabbu Mansour Hadi that is backed by a Saudi-led coalition.

Control of Hodeidah, the Houthis’ main supply line, is one of the trickiest issues at the talks, aimed at paving the way for a political process to end nearly four years of war.

The Houthis told Reuters they want Hodeidah to be declared a neutral zone.

Yamani rejected this idea. “The concept of peacekeeping or some sort of permanent presence of the U.N. — boots on the ground — or making the city as neutral is something that we will never accept,” he said on the sidelines of the talks.

Yamani, who heads the Hadi government delegation, said the city should be placed under the control of the interior ministry’s police forces as a matter of sovereignty.

However, the government is willing to accept the deployment of monitors from the U.N. Verification and Inspection Mechanism (UNVIM) in the port, the entry point for most of Yemen’s commercial goods and aid supplies.

It could also accept the transfer of port revenues to the central bank in Hodeidah instead of routing them to Aden, the Hadi government’s temporary base, the minister said.

Soaring prices have put basic commodities out of reach for millions of Yemenis. The central bank has struggled to pay public sector wages on which many depend as foreign exchange reserves dwindle.

The U.N. is working with the International Monetary Fund and other partners to reunite the central bank after Hadi’s government moved it from Sanaa to Aden in 2016.

The U.N. is seeking agreement on a ceasefire in Hodeidah and other confidence-building steps such as re-opening Sanaa airport after a deal was reached on a prisoner swap.

Another sticking point is a transitional governing body. Hadi’s government insists the Houthis disarm first while the movement says this would require agreement on a unity government and timeframe for the transitional period.

“The first step to be taken in order to achieve peace in Yemen is that they should hand back arms, ammunitions and missiles,” Yamani said.

A U.N. source said Griffiths is hoping for agreement on a ceasefire in Hodeidah and Taiz, Yemen’s third largest city, at this round while the rest of the issues can be tackled at another round in early 2019.

Prospects for the talks have risen as Western nations, some of which supply arms and intelligence to the Sunni Muslim coalition, press for an end to the war that has killed tens of thousands of people and left more than 8 million facing famine.

The conflict, seen widely in the region as a proxy war between Riyadh and Tehran, has come under increased scrutiny after the Oct. 2 murder of Saudi journalist Jamal Khashoggi at the kingdom’s Istanbul consulate that drew global condemnation.

The alliance intervened in the civil war in 2015 to restore Hadi’s government but has faced military stalemate since seizing Aden the same year.