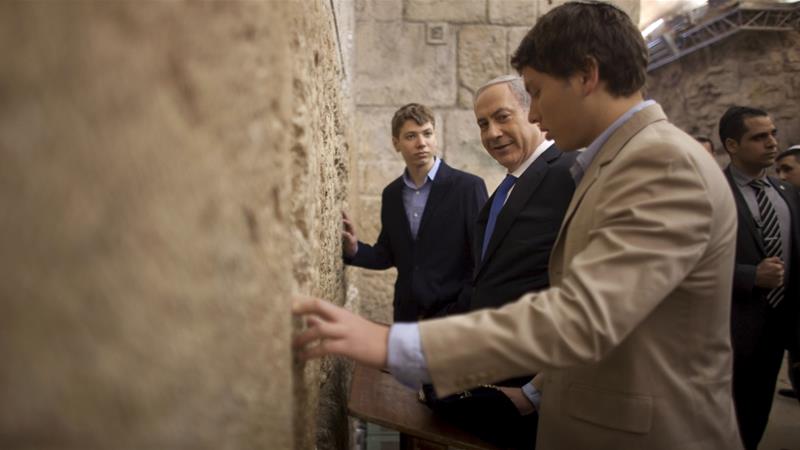 In a message posted Thursday on his Facebook page, after the latest flare-up in violence saw at least five Palestinians and three Israelis, including two soldiers, being killed in recent days, Yair Netanyahu had called for the expulsion of Palestinians.

“Do you know where there are no attacks? In Iceland and in Japan where coincidentally there are no Muslims,” the prime minister’s son wrote.

In another post, he wrote that there were only two possible solutions for peace, either “all Jews leave (Israel) or all Muslims leave”.

“I prefer the second option,” added the 27-year-old, who has faced criticism of being a grown man living in the prime minister’s residence despite having no official role and benefitting from a bodyguard, a driver and other perks.

Facebook deleted Yair Netanyahu’s posts, in which he called for “avenging the deaths” of the two Israeli soldiers.

Yair Netanyahu, who shared a screenshot of the earlier post in violation of Facebook’s community rules, took to Twitter to criticise the social networking giant, calling it a “dictatorship of thought”.

Palestinian journalists and activists have long accused social media platforms such as Facebook of double standards regarding the enforcement of their policies, as well as an imbalance in how they deal with censorship in the Israeli-Palestinian context.

Last last year, a damning report by The Intercept said that Facebook is deleting content and blocking usersat the orders of the Israeli and the US governments.

In March, dozens of Palestinian journalists rallied outside the United Nations office in Gaza City to protest against the website’s practice of blocking Palestinian Facebook accounts, denouncing it as “a major violator of freedom of opinion and expression.

“Facebook blocked roughly 200 Palestinian accounts last year – and 100 more since the start of 2018 – on phony pretexts,” Salama Maarouf, a spokesperson for Hamas, the group that administers the besieged Gaza Strip, said at the time.

He also said that some 20 percent of Israeli Facebook accounts “openly incite violence against Palestinians” without facing any threat of closure.

In April, a report by 7amleh, the Arab Centre for Social Media Advancement, said that the cyber unit of the Israeli government officially stated that Facebook accepted 85 percent of the government’s requests to delete content, accounts and pages of Palestinians in 2017.

“This kind of Israeli monitoring and control of Palestinian digital content on social media has become a tool for mass arrests and gross human rights and digital rights violations,” the report said.