Worker’s face is being rebuilt after she was scalped from her eyebrows to the back of her head when her hair was caught in machinery at timber factory fined £466,000 for safety breaches 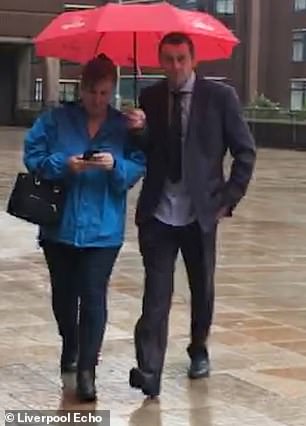 A young woman’s face is being rebuilt by doctors after she was scalped from her eyebrows to the back of her head.

Karolina Lubieniecka’s hair got caught in machinery while she cleaned an unsafe production line at a factory in St Helens.

The 29-year-old had the skin ripped off the top of her skull and also lost her thumb, left ear and half of her right ear.

Cheshire Mouldings & Woodturnings and one of its directors, Paul Carney, were today told to pay more than £500,000 over the accident.

And the devastating impact on the traumatised agency worker, who has been left with one eye higher than the other, was also revealed.

The Polish victim, who started working at the Normanton Road, Sutton site in November 2015, had ‘reasonable but limited’ English.

She had been making timber parts on the Weinig 2020 production line for two to three months before her ordeal on June 30, 2016.

The line was made up of three sections – moulding, strapping and wrapping – but was getting blocked more than 50 times an hour.

It was managed by Jan Latham, but that morning he fell out with Carney and his brother John, the firm’s managing director.

Mr McKeon said Mr Latham was ‘sacked on the spot’ and Carney took charge of the line. 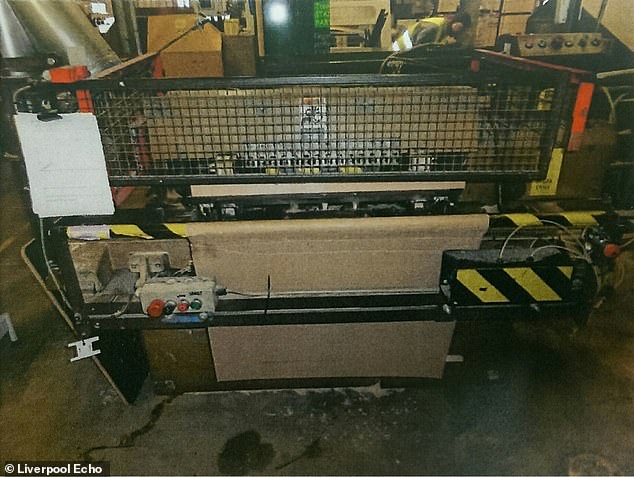 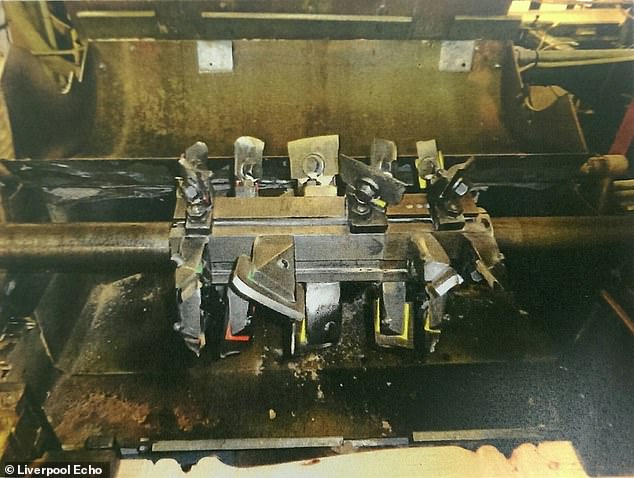 It was partially shut down so work could be carried out, during which time employees were expected to carry out cleaning.

Miss Lubieniecka went to clean the area around the strapping section, but ‘felt something pulling her hair’.

Mr McKeon said: ‘Despite frantic efforts to free herself, she was unable to do so and as a result, she suffered very serious injuries.’

The victim spent a month in hospital, underwent four operations and now has sight and hearing problems.

Mr McKeon said: ‘Treatment to her scalp in the form of skin grafting is continuing and she now has to wear a wig.

‘She is due to undergo an operation for the insertion of bone implants for the attachment of silicon ears and an operation on her left thumb to enable a prosthesis to be fitted.

‘She has received fat grafting to improve the shape of her eyes and is being trained by a makeup artist to cover her extensive scarring.

‘Her eyebrows have had to be recreated using microblading – a makeup tattooing technique.

‘She also has ongoing psychotherapy for trauma.’

Health and Safety Executive investigators found moving parts of the machinery, including a drive shaft she caught her hair on, were inadequately guarded.

Mr McKeon said risk assessments were ‘far from adequate’ and didn’t identify or deal with issues such as hair becoming trapped.

Staff statements revealed ‘a poor picture of unsafe practices’ including cleaning and removing blockages while machinery was running.

The court heard Mr Latham wasn’t happy about the situation and had told operatives to shut down the machinery before doing this.

However, Mr McKeon said: ‘Unfortunately, this instruction was not reinforced by management and the unsafe practices continued.

‘By his pleas of guilty, Mr Carney accepts that this failure was due to his neglect.’

Miss Lubieniecka said her training lasted about 10 to 15 minutes and she was not told to turn the machinery off when cleaning.

The firm was previously fined £3,000 in 2001, after a worker was injured while using a rotary knife lathe.

Agency worker Lenka Toperczer then had three fingers cut off during her first training session in October 2014.

She was cut by a Fell rotary knife lathe when being shown how to operate the inadequately guarded machinery.

Mr McKeon said Polish and Hungarian workers were also only given verbal instructions and training documents in English.

Carney, who has no previous convictions, initially denied any wrongdoing, but pleaded guilty on the opening day of a trial.

He said: ‘It deeply regrets this incident and hopes that she makes as good and rapid recovery as is possible in these difficult circumstances.’

Mr Ageros said the firm had sought to improve its safety after a previous accident where an agency worker had lost three fingures during her first training session at the company in October 2014.

The firm said he has since carried out new risk assessments.

Michael Hayton, QC, defending Carney, said the incident ‘had a profound effect’ on his client, who earns more than £100,000 a year.

Judge Robert Trevor-Jones said Miss Lubieniecka was diagnosed with PTSD and her relationship with her boyfriend, who is supporting her through it, has suffered.

He said: ‘One can only surmise that cosmetically the future looks bleak for someone who had been a young and attractive woman.’

The judge said there were ‘serious and systematic’ failures and changes made following previous incidents were inadequate.

Judge Trevor-Jones added: ‘This company is steadily accruing an unedifying record of health and safety breaches.’