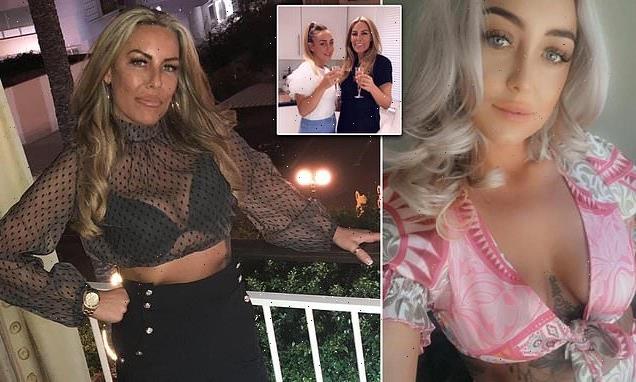 Gangster’s girlfriend, 27, who went on lavish designer shopping sprees and recruited her beautician mum, 47, to help run her boyfriend’s cocaine and cannabis empire while he was in prison, is jailed for three years

A woman who lived a lavish lifestyle as she ran her gangster boyfriend’s cocaine and cannabis empire while he was in prison has today been jailed for three years.

Jamey-Leigh Brook-Parkinson, 27, recruited her mother Wendy Brook, 47, to deal drugs to her friends and planned to exploit her beauty salon to launder money.

Brook-Parkinson was in constant contact with her jailed boyfriend, who cannot be named for legal reasons, who taught her how to operate the drugs business.

In the messages, sent after her boyfriend illegally acquired a Zantec mobile phone, he explained where Brook-Parkinson could obtain equipment and told her which scales to use to measure substances.

They also discussed ‘building our empire,’ with one text from Brook-Parkinson reading: ‘I’m trying to do it so you don’t have to start from the bottom when you’re home. 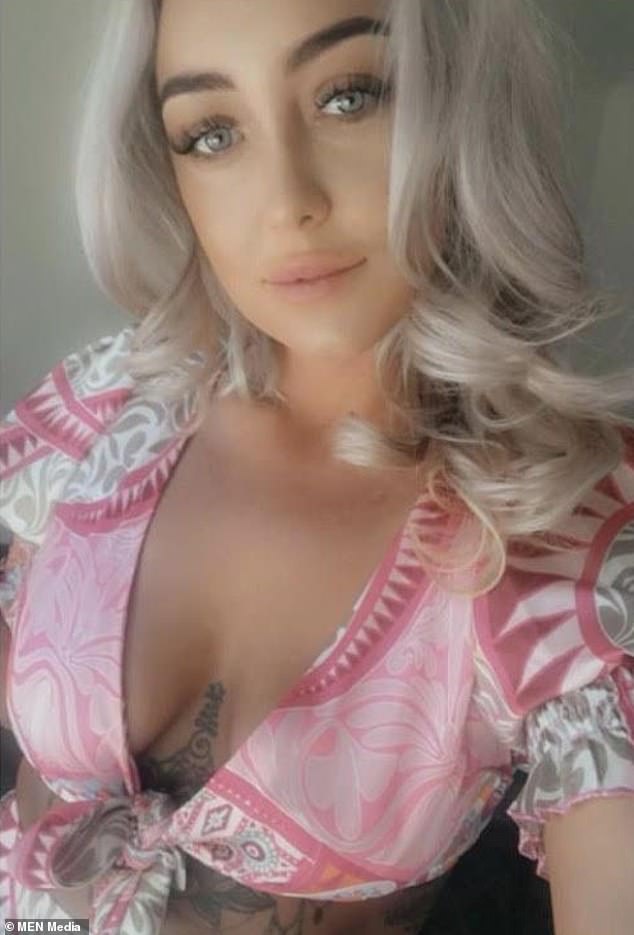 Jamey-Leigh Brook-Parkinson (above), 27, recruited her mother Wendy Brook, 47, to deal drugs to her friends and planned to exploit her beauty salon to launder money

Manchester Crown Court also heard how Brook-Parkinson splashed thousands on designer clothing while running the drugs empire, including a £510 pair of Valentino trainers.

She was arrested at her home in Clifton, Salford, during a raid in which Greater Manchester Police seized cocaine worth £2,075, mobile phones, and packaging.

The mother-of-two admitted conspiracy to supply cocaine and cannabis and was jailed for three years.

Brook admitted being concerned in the supply of cannabis and was ordered to complete a 12 month community order and 100 hours unpaid work.

Police began investigating the drugs operation after Brook-Parkinson’s boyfriend was locked up for 32 months in April 2019.

The man became angry that his colleagues were branching out on their own while he served time at Forest Bank jail, and urged his girlfriend to help him run the drugs operation, the court heard.

In illicit messages the pair spoke about ‘building our empire,’ and the 33-year-old even transferred Brook-Parkinson £500 to go on a hen trip from inside. 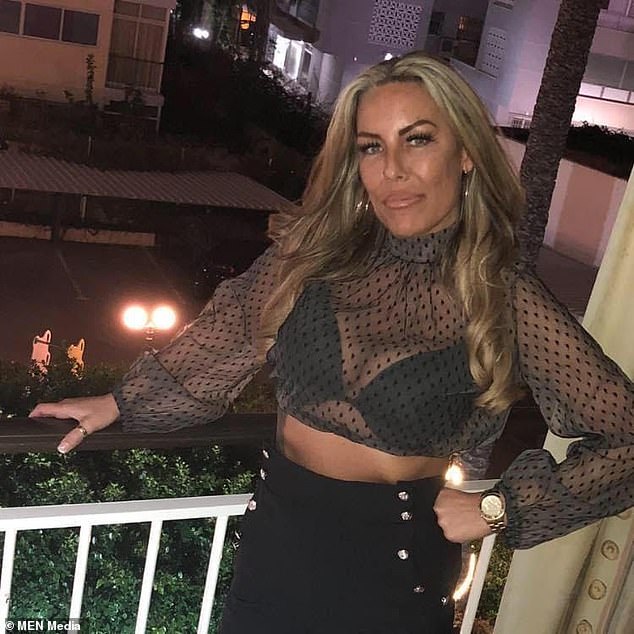 Brook-Parkinson was in constant contact with her jailed boyfriend, who cannot be named for legal reasons, who taught her how to operate the drugs business. Pictured: Wendy Brook 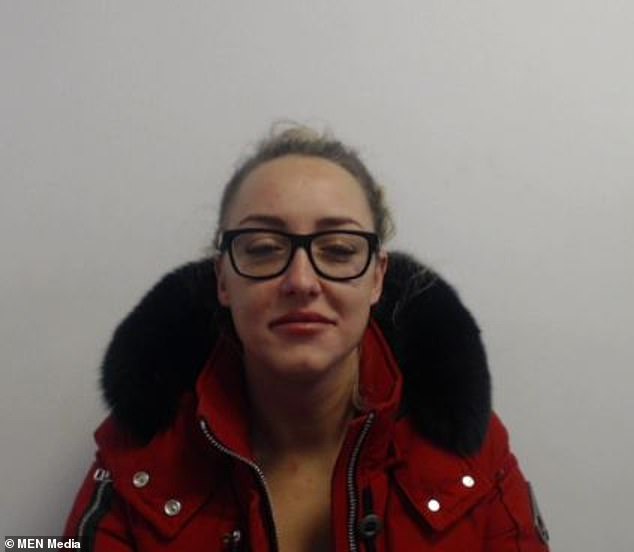 Brook-Parkinson (above) was arrested at her home in Clifton, Salford, during a raid in which Greater Manchester Police seized cocaine worth £2,075, mobile phones, and packaging

He added: ‘Early messaging relates to what was clearly a very well established drugs operation, moving of monies and the passing on of messages to cause damage to people’s property who were owing money.

‘They also discussed expensive designer goods and talk about purchases that they make for each other.

‘Throughout the conversations, she refers to setting up “lines” when he is released from prison and refers to other people ripping him off.

‘She informs him of people she knows who use drugs who would buy from him and she agrees to set up a cocaine drugs line.

‘He instructed her where to get the equipment from toe sell the drugs, instructs her which scales to use and they discuss: “Building their empire”

‘In the messages they talked about payments and suggested paying money to people who were clearly working for him. She said she was promoting the business on Snapchat and Instagram.’

Mr Blackshaw added that messages between Brook and her daughter also related to the sale of cannabis.

In other texts, Brook-Parkinson and her boyfriend discussed ‘putting money through’ her mother’s beauty salon, the court heard.

The man also urged her to keep £1750 in one perfume box and £2400 in the other and told her: ‘I can’t thank you enough baby for all the help you give me means a lot.

‘You are the only person I trust. Until I’m making ten grand a week I’m not happy’. 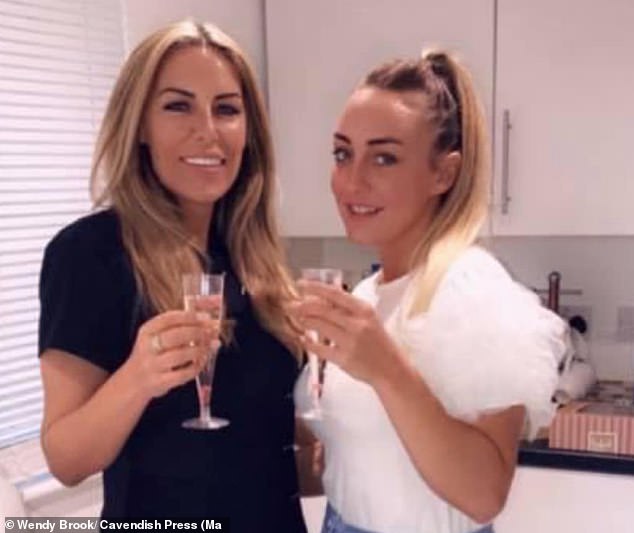 When quizzed, the mother-of-two said: ‘I have been struggling financially for the last 12 to 18 months and have been in debt for almost two years.

‘Although I do not use drugs in any way I turned to supplying them because I felt I had no other choice. I understand this was wrong to do.

‘My children are my world and I’ve put them at risk, which I deeply regret. They were not aware of the drugs being in the house. I want to be there for my children.’

Her counsel Richard Vardon said: ‘She was acting in servile way at her partner’s behest and for his benefit. Their relationship wasn’t equal.

‘She is a young woman with young children and she is obviously very fearful of the consequences of her own stupidity and criminality.

‘For her this man was the love of her life and he exploited that. She is a naive easily exploited young woman who made a terrible mistake.’

Sentencing, Judge Nicholas Deans said: ‘You would not be in trouble today, or before this court were it not for your relationship with your partner.

‘You only became involved in this offending because of him and I am certain, is you acted out of affection for him and loyalty to him, and he is a manipulative man.’

Brook-Parkinson’s boyfriend is due to stand trial next year.