A WOMAN has died in a "terrorist incident" after petrol bombs were hurled at cops and shots fired as violence erupted in Londonderry tonight.

The 29-year-old victim was shot dead during the deadly riot – with police now launching a murder probe. 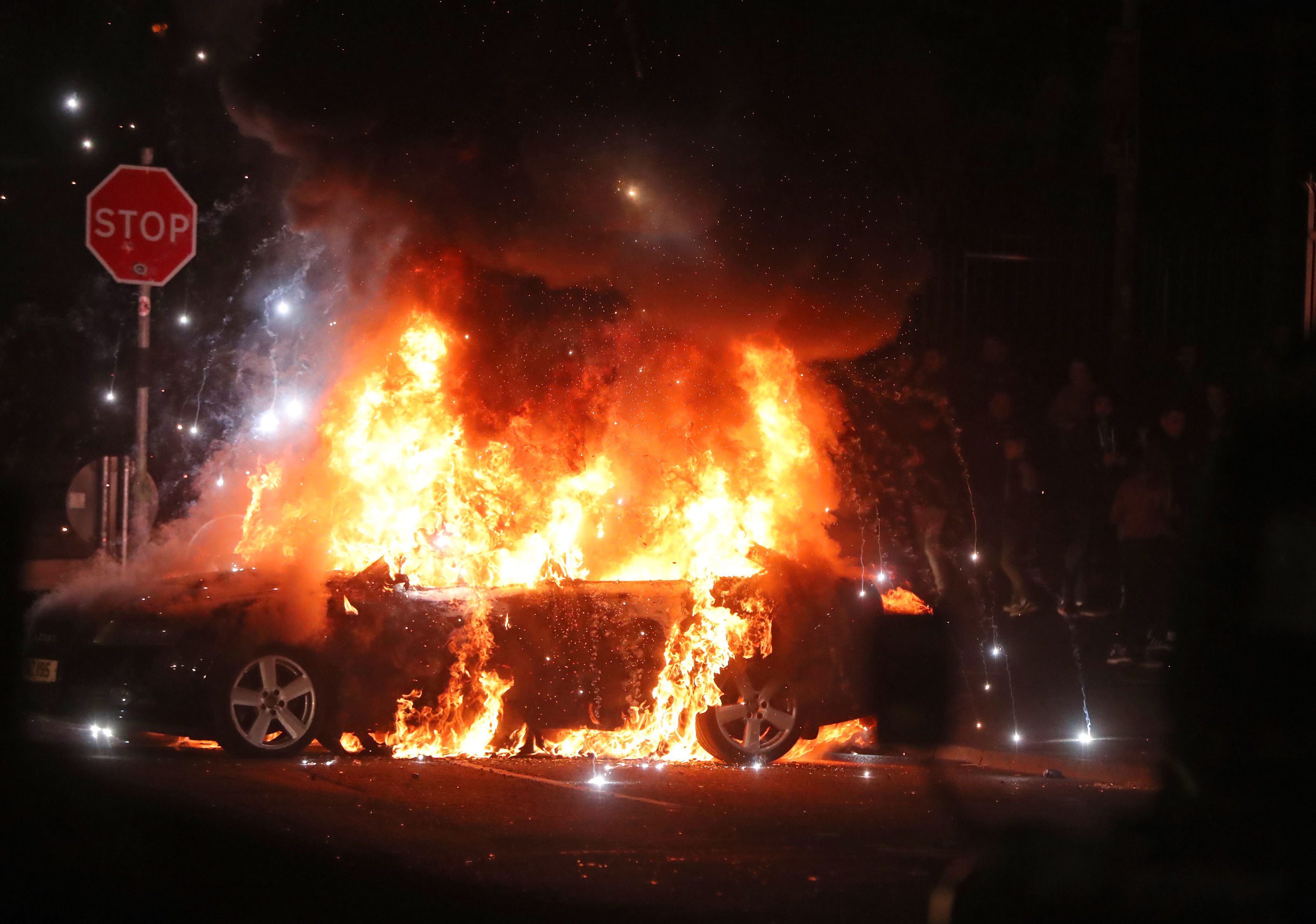 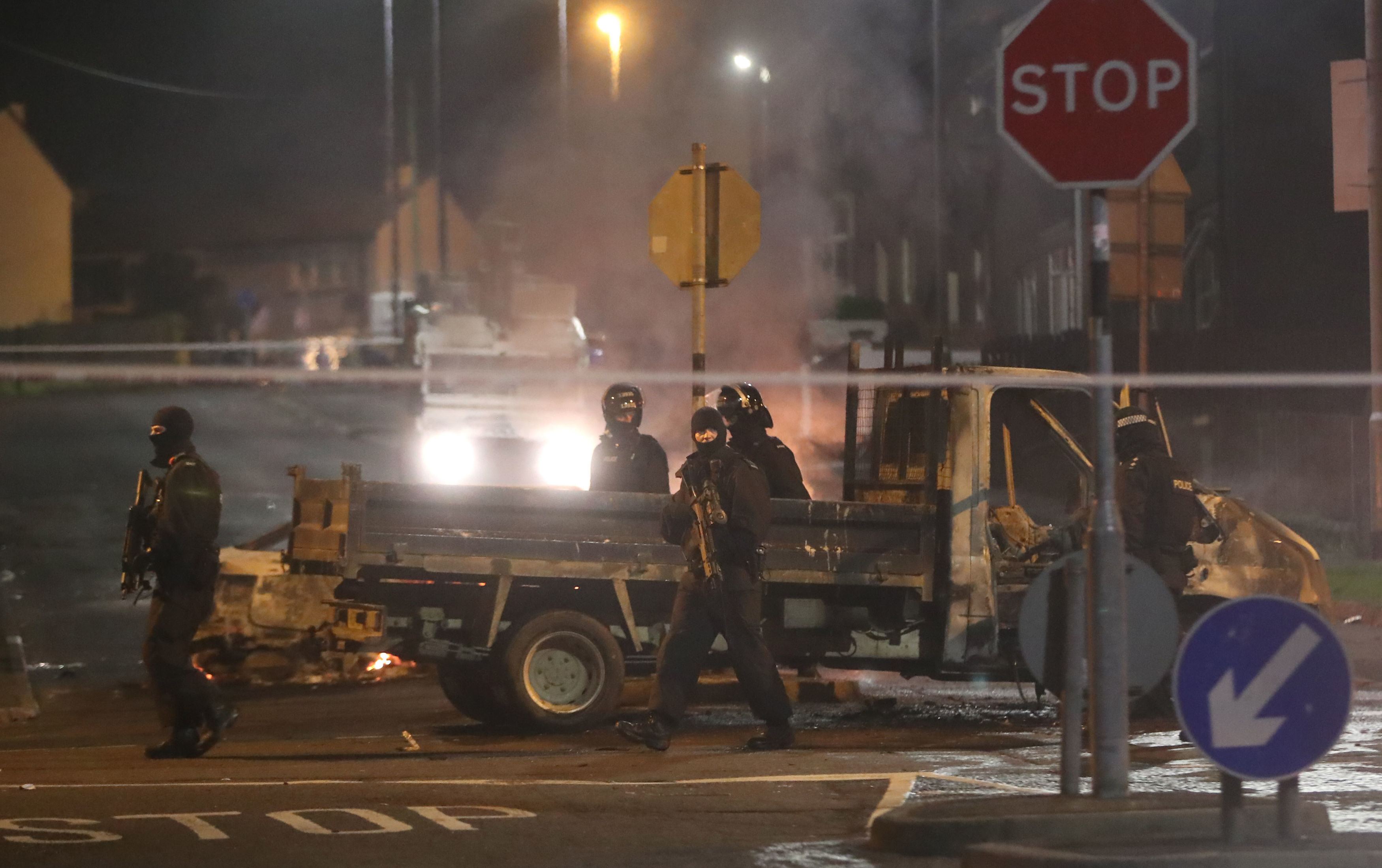 Dissident Republicans are being blamed for the killing, the BBC reports.

A major security operation is in place in the Creggan area as bricks and bottles were fired at police and a hijacked van set alight.

Fireworks are also understood to have been lobbed at officers with armed cops now patrolling the streets.

The Police Service of Northern Ireland said on Twitter: "Sadly I can confirm that following shots being fired tonight in Creggan, a 29 year old woman has been killed.

"We are treating this as a terrorist incident and we have launched a murder enquiry.”

They had earlier called for calm after the riot broke out.

'SICK TO MY STOMACH'

Leona O'Neill, who was at the scene, said she called the ambulance for the tragic woman.

She tweeted: "I was standing beside this young woman when she fell beside a police Land Rover tonight in Creggan #Derry.

"I called an ambulance for her but police put her in the back of their vehicle and rushed her to hospital where she died. Just 29 years old. Sick to my stomach tonight."

Ulster Unionist Party leader Robin Swann said news of the death was "devastating", adding: "A precious life lost, we can't go back to this nor can we allow others to drag us back."

Crowds can be seen in the background watching as a vehicle goes up in flames.

Others show armed cops stood by the remains of burnt-out cars after tonight's violence.

Tensions have flared as Republicans prepare to mark the anniversary of the Easter Rising – the 1916 rebellion against British rule in Ireland. 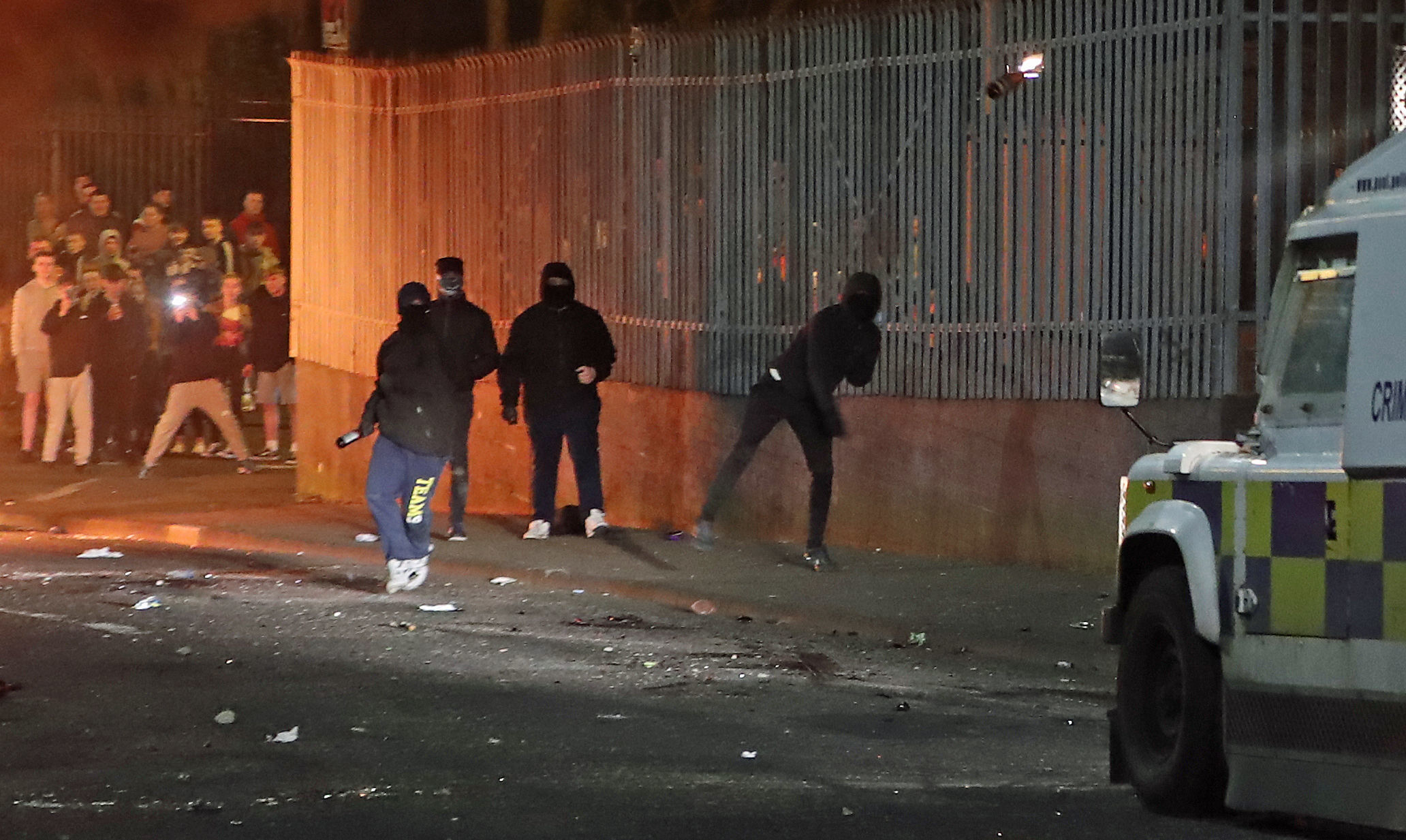 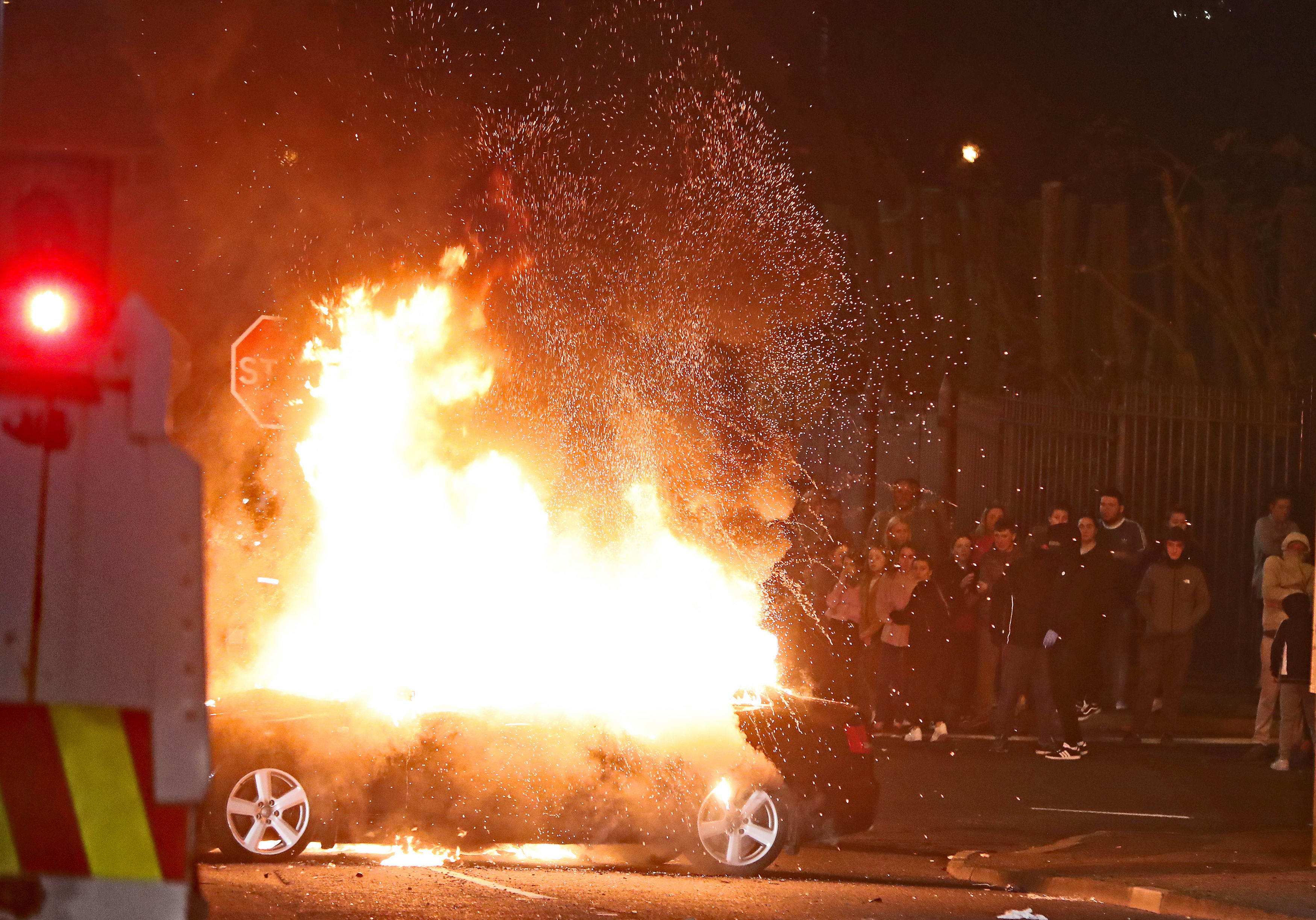 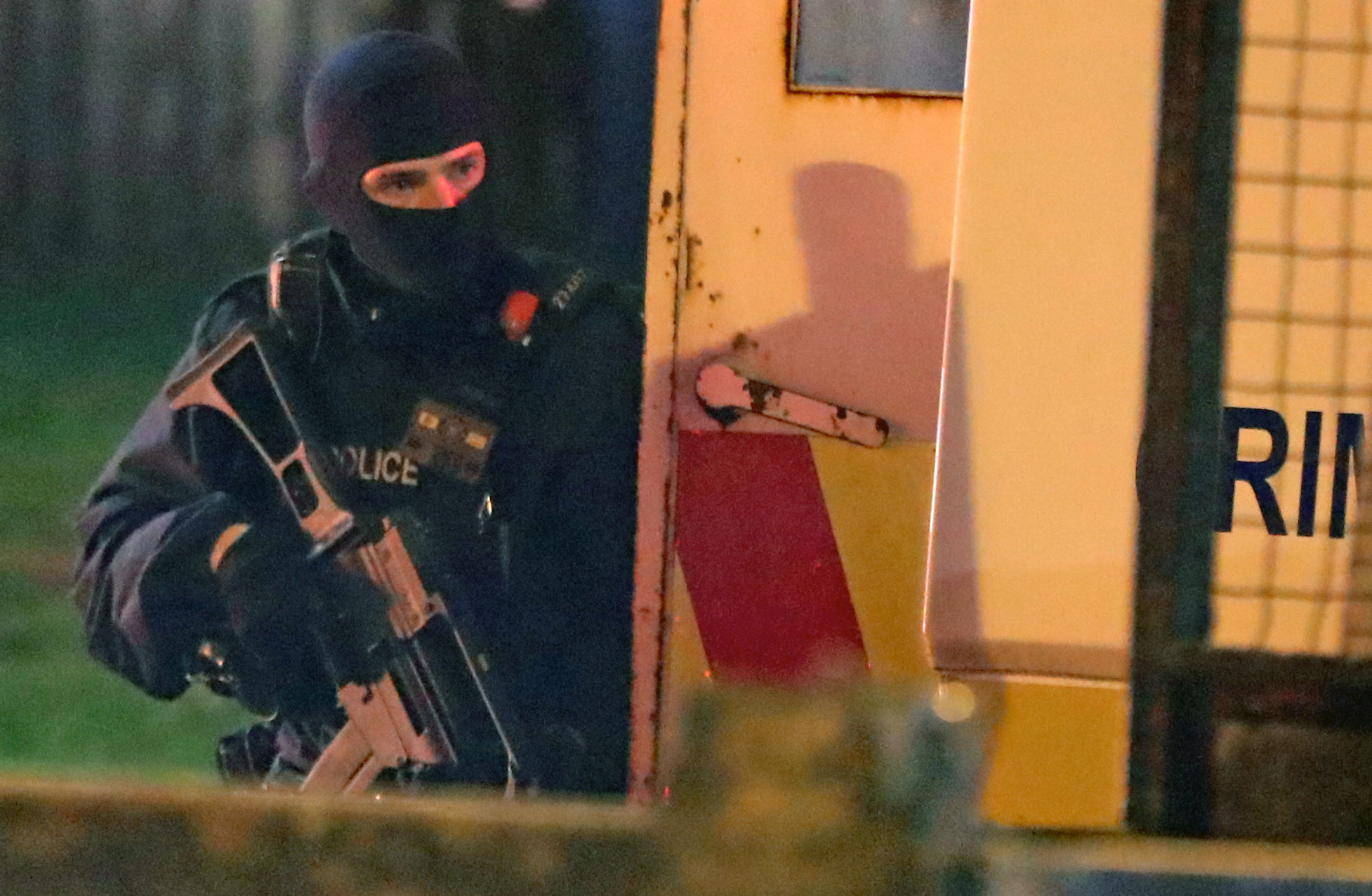 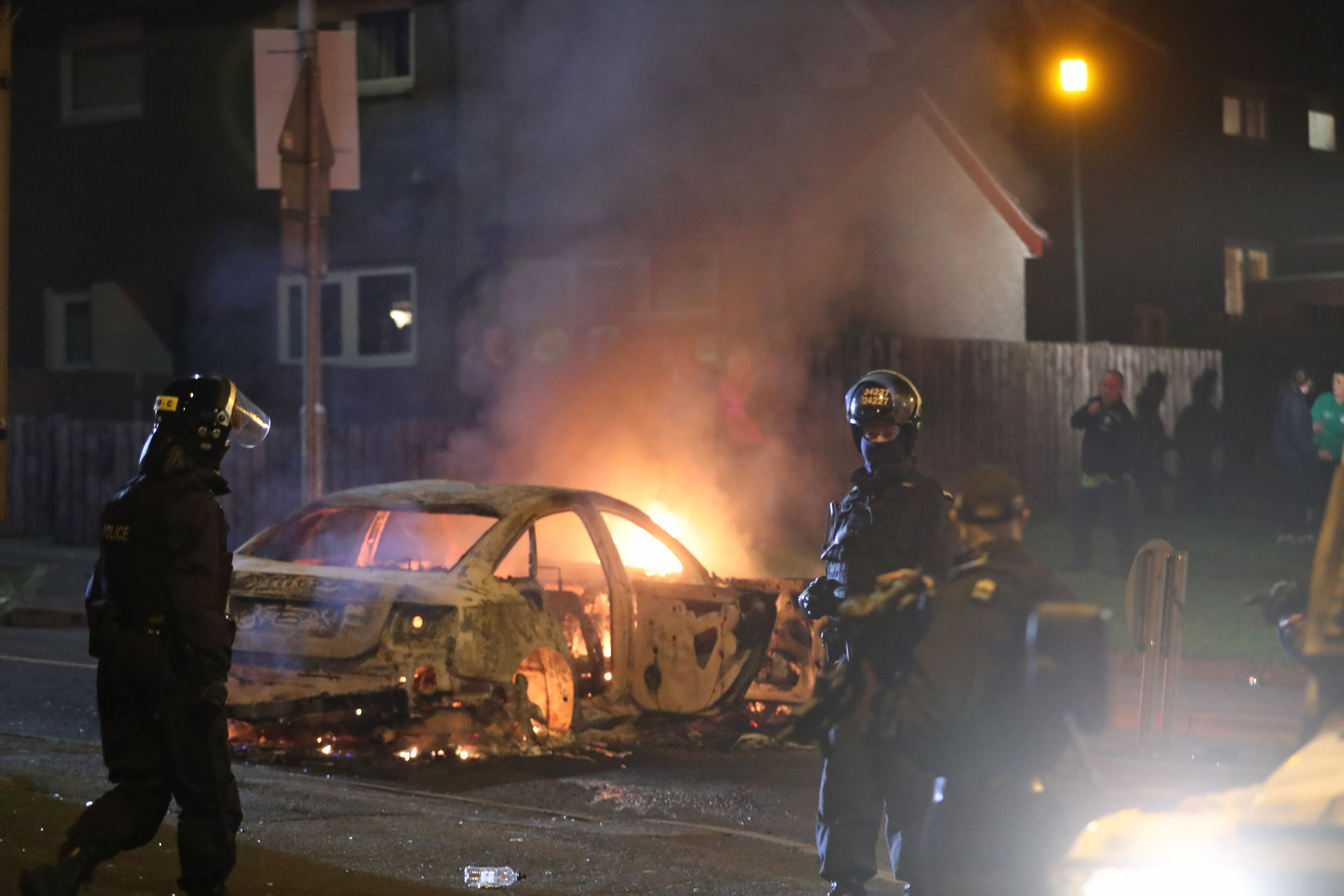 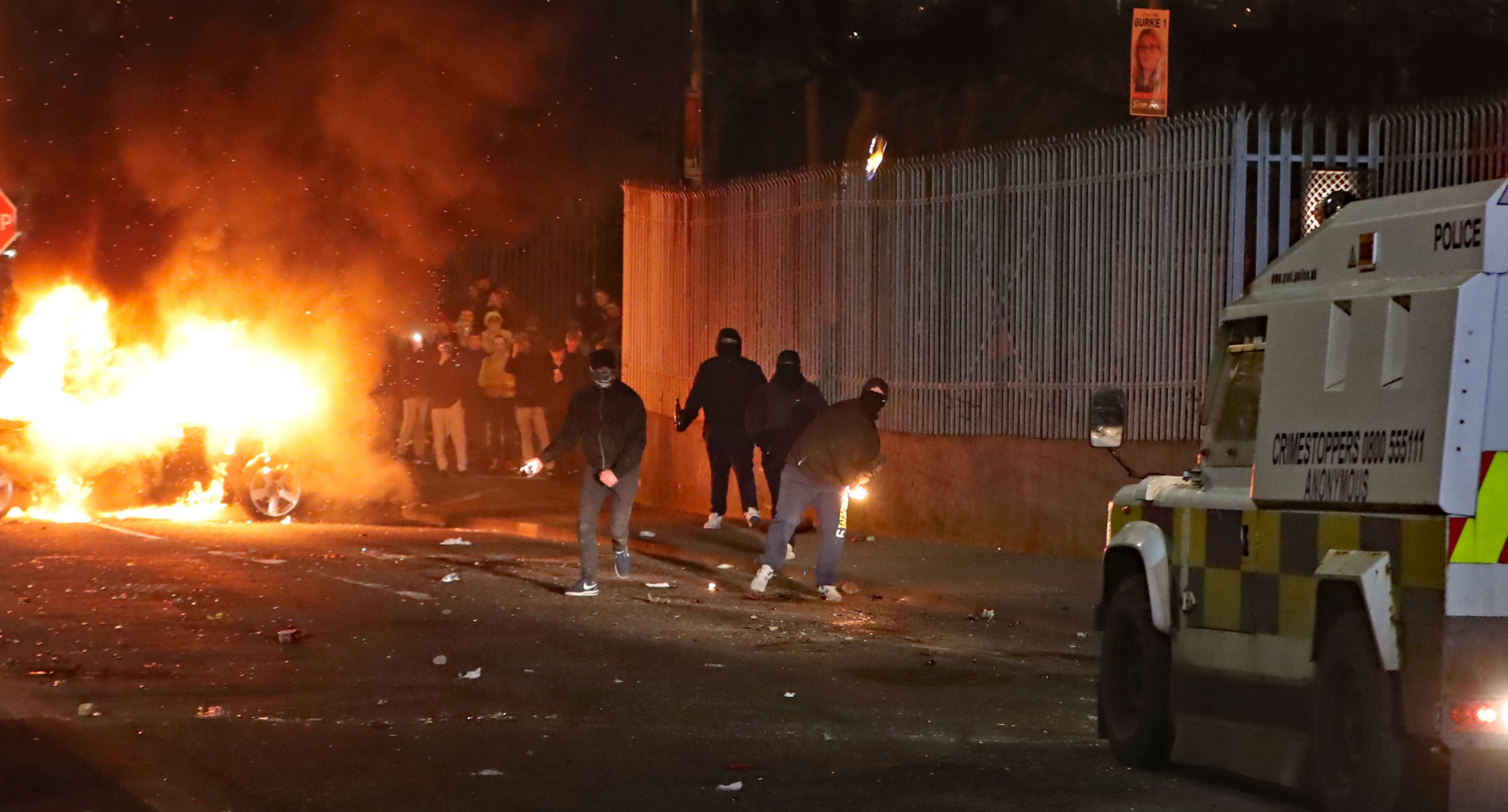