Jingle falls! Woman climbs a Christmas tree in the middle of Sydney’s Hyde Park before losing her footing and crashing to the ground

A young woman has embraced the festive spirit in the most audacious way by climbing a towering Christmas tree.

Footage of the woman climbing the tree in Sydney’s Hyde Park before losing her grip and falling into a garden bed was uploaded to social media on Saturday afternoon.

Shared on Instagram, the video was viewed nearly 6,000 times in only nine hours. 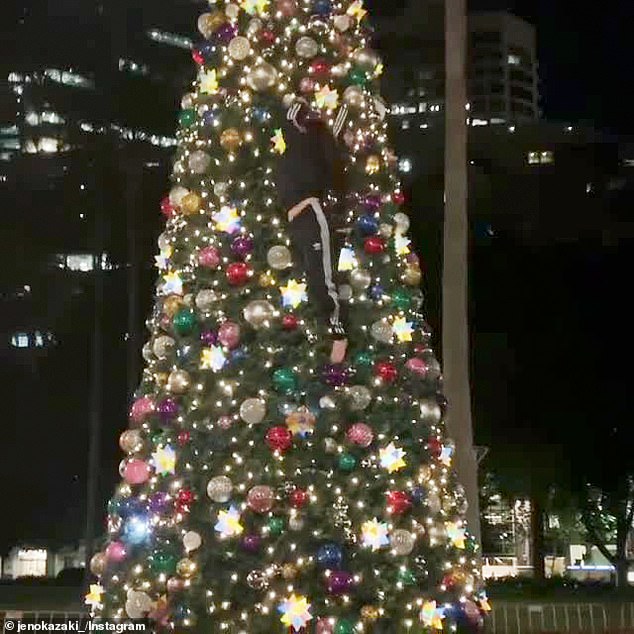 The footage opens with the girl falling through a garden bed towards the twinkling Christmas tree.

The woman, decked out in a matching black tracksuit, begins her climb of the tree by kicking out a bauble.

She can be seen making her way up the tree before losing her footing and clinging to the branches.

Dangling, she finds a groove to get her foot into before slipping again, this time falling face-first into the garden bed.

But she did not appear to be hurt, laughing hysterically as the video draws to an end.

Those who commented on the video lauded the girl for her climbing prowess, with one person saying ‘Great arm strength’ and another ‘She got higher than I thought’. 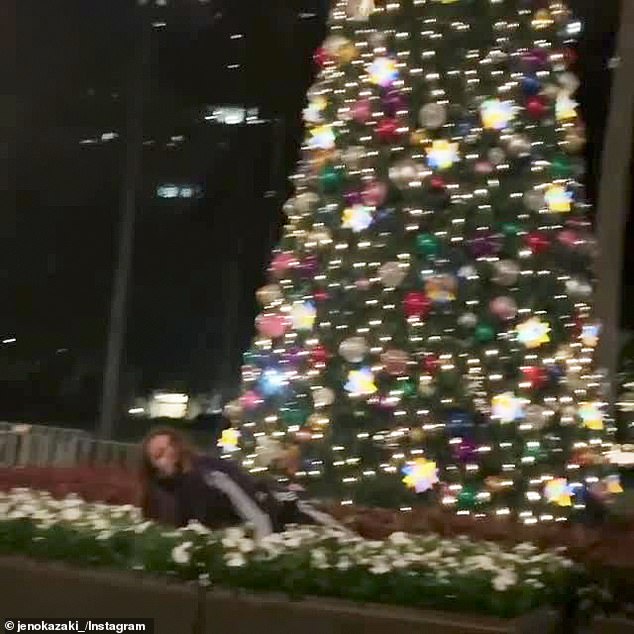 The girl came crashing to the ground, landing face-first in the garden bed. But she later emerged laughing