On her 243rd day in Russian detainment, Brittney Griner turned 32.

On a day normally meant for celebration, Griner met with her lawyers to prepare for her appeal hearing on Oct. 25.

“Thank you everyone for fighting so hard to get me home. All the support and love are definitely helping me,” Griner said in a statement from her agent.

Griner was reported to be at her “absolute weakest moment in life” earlier this month, but “did smile” on her birthday, her lawyers told the Associated Press.

Contributing to Griner’s declining morale is, in part, a fear of being “left and forgotten in Russia," Griner's wife Cherelle told CBS Mornings.

On her birthday “We are BG” and “Happy Birthday BG” trended on Twitter as teammates, friends and fans of Griner’s used social media to remember, uplift and celebrate the two-time Olympic gold medalist “today and all days.” Here are some of those dedications:

How do you say Happy Birthday to someone who has been wrongfully detained for 243 days?#WeAreBG#BringBGHomepic.twitter.com/KcXhqu5R3B

Happy Birthday Brittney Griner, we will not forget about you and we will not stop fighting for you. The W won’t be the same until you’re home 🧡 #WeAreBGpic.twitter.com/J5sO2EkGLL

#FreeBrittneyGriner 243 days (and the birthday) of my sister and friend @brittneygriner has been wrongfully detained in a Russian prison. Praying to you Lord to give BG the light she needs to get thru the days. HAPPY 32nd BG! Love you! #WeAreBGpic.twitter.com/lziW8Q9q74

In a highlight from the NBA's opening night, Finals MVP Stephen Curry interrupted his ring celebration speech before the Warriors’ game to speak about Griner.

“We want to continue to let her name be known, and we pray — it's been 243 days since she's been wrongfully incarcerated in Russia — we hope that she comes home soon and that everybody's doing their part to bring her home,” Curry said.

The fight to bring BG home 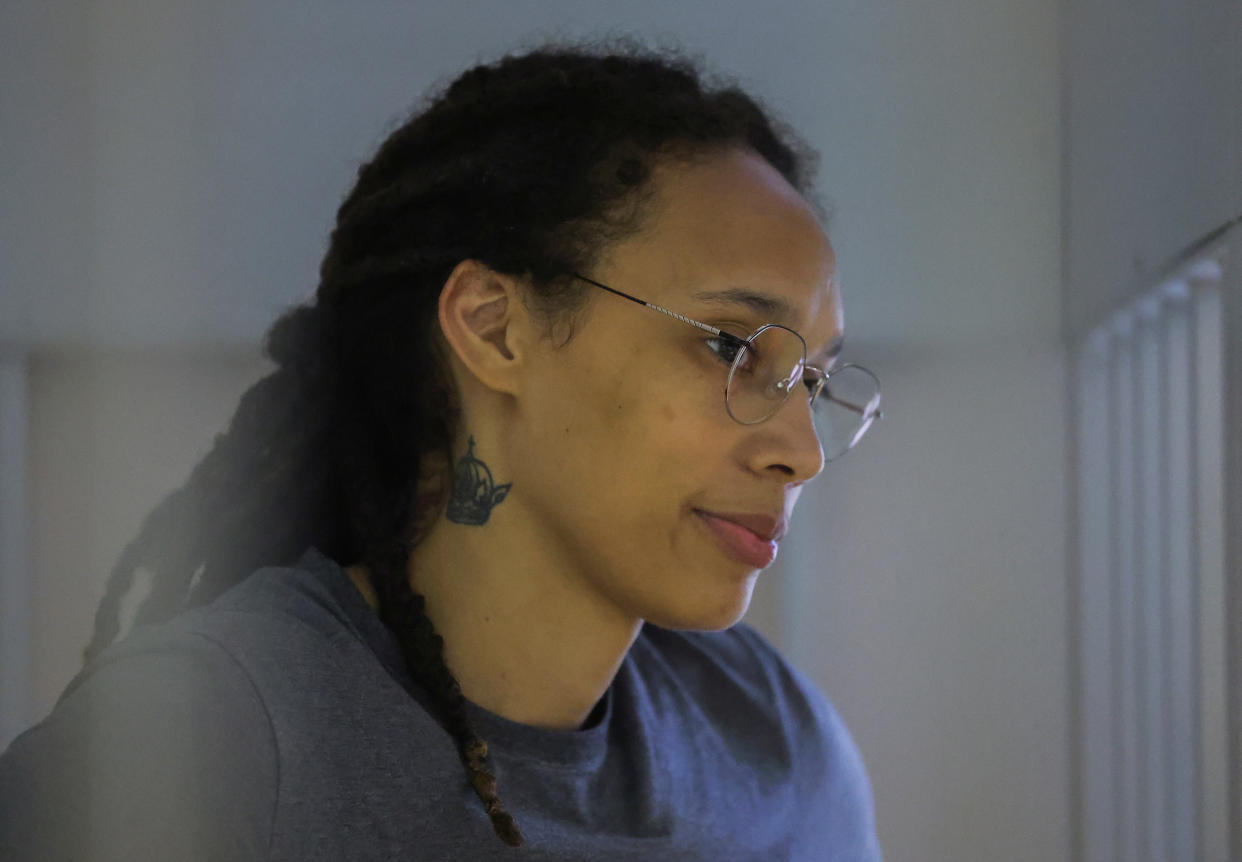 The effort to keep Griner’s name at the forefront of everyone’s mind is only part of the strategy to secure the six-time All WNBA player's freedom.

Griner’s lawyers have continued to work on her behalf since her Feb. 17 arrest where she was found to be carrying less than a gram of hash oil in her luggage through Sheremetyevo Airport in Moscow. Griner was traveling to play for Russia's UMMC Ekaterinburg. According to her lawyers, Griner was prescribed cannabis for pain, and inadvertently packed the oil with no criminal intent.

Griner was convicted Aug. 4 in a notably fast ruling and received a nine-year sentence, longer than most Russians receive for similar offenses. Though the appeal will likely not overturn the verdict, Griner’s lawyers are looking for a positive outcome. “We hope the term of the sentence will be reduced,” Maria Blagovolina, a partner at the law firm, told the Associated Press.

The WNBA champion could be involved in a potential swap of prisoners between Russia and the United States. In July, Secretary of State Antony Blinken revealed publicly that Washington had made a “substantial proposal” for Griner’s freedom that also included efforts for the release of Paul Whelan, an American serving a 16-year sentence in Russia for espionage.

According to many reports, Washington offered to exchange Griner and Whelan for Viktor Bout, a Russian arms dealer also known as the “Merchant of Death” who is serving a 25-year sentence in America.

The White House said they continue attempts to negotiate.