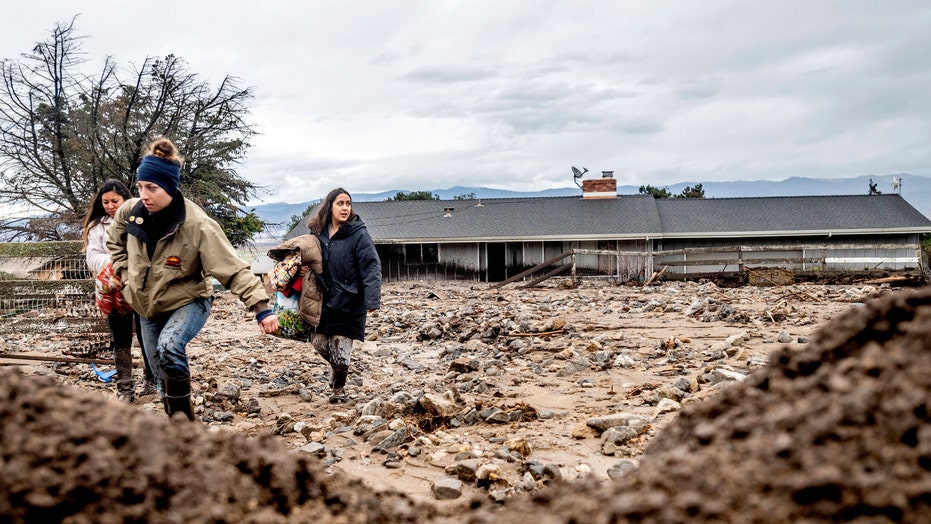 As California assesses the damage from the impact of a winter storm with an active atmospheric river, the system will move to the east bringing heavy precipitation to the Midwest, Mid-Atlantic, and Northeast.

While rainfall and blizzard-like conditions continue in the Golden State — resulting in the continued danger of flash flooding and debris flows over wildfire burn scars — the National Weather Service reported Friday that the front will migrate toward the Ohio Valley by Sunday.

The storm will first hit the Southwest and Colorado’s Rockies, before shifting over the Southern Plains. 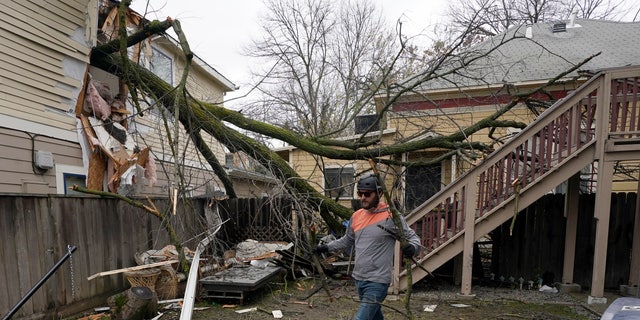 Eric Rose picks up debris from a tree that crashed through his neighbor’s house and landed in his backyard during a storm in Sacramento, Calif., Wednesday, Jan. 27 2021. High-winds and rain pelted the region causing damage throughout the area. (AP Photo/Rich Pedroncelli)

In addition, light snow will dust the Plains and Upper Mississippi Valley on Friday.

At the same time, moisture from the Gulf of Mexico will move North over the Plains and into the Mississippi Valley, leading to thunderstorms and rain over the Ohio and Tennessee Valleys by Saturday night.

Snow and freezing rain will also impact parts of the Great Lakes and Ohio Valley on Saturday, before quickly moving east.

The Southeast and Mid-Atlantic are also expected to soak overnight into Sunday and temperatures will remain chilly.

Meanwhile, as snow heads to the Northeast next week, another front will move into the already-battered Pacific Northwest.

In Oregon, health workers stranded in a snowstorm on their way back from a COVID-19 vaccination event on Thursday went car-to-car injecting drivers before several of their doses expired. On Friday, areas of Washington state were reportedly shrouded by freezing fog.