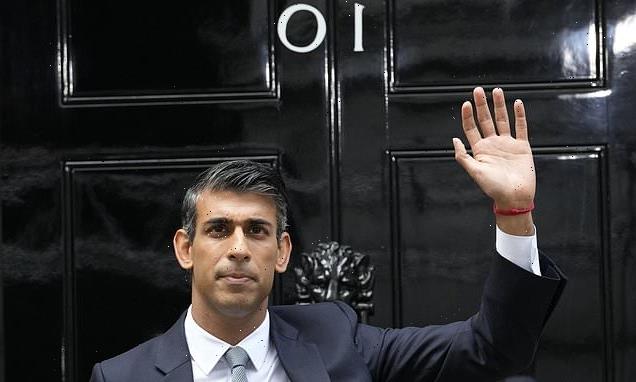 Will Rishi Sunak keep the pensions triple lock? New PM signals that payments for elderly could rise in line with inflation despite the huge cost – as a former minister says Hallowe’en budget must contain no ‘nasty surprises’

Rishi Sunak signalled he could increase pensions in line with inflation today in a boost for retirees.

The new PM hinted he could keep the ‘triple lock’ that links the payment to the Consumer Price Index, after predecessor Liz Truss considered breaking it before caving to pressure.

Speaking outside No10 this afternoon, Mr Sunak said that the Conservatives’ 2019 election manifesto could be at the ‘heart’ of his manifesto for Government.

The triple lock, which increases the state pension with the highest value out of inflation, wage rises and 2.5 per cent, was part of that manifesto.

It would mean a huge increase next April, as the rate set then will be based on the September inflation rate of 10.1 per cent.

But Tory MPs have warned that they would revolt and vote down any attempt to pick the lock if it comes to the Commons. 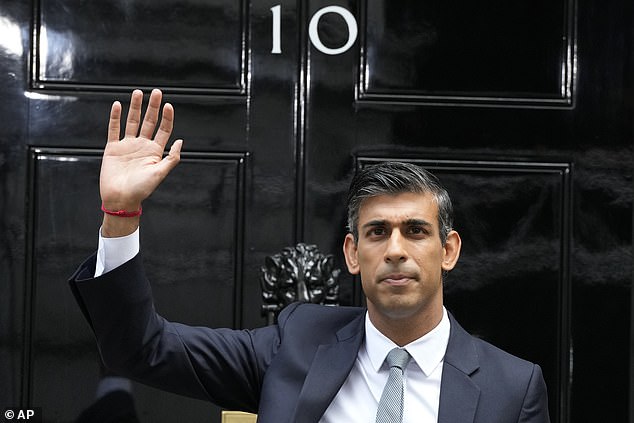 The new PM hinted he could keep the ‘triple lock’ that links the payment to the Consumer Price Index, after predecessor Liz Truss considered breaking it before caving to pressure. 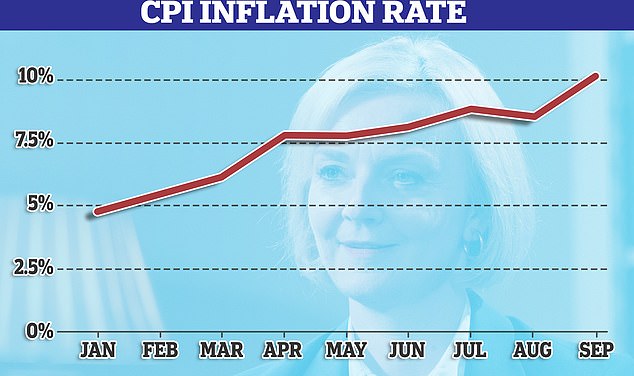 Inflation has rocketed this year.  The rate of Consumer Price Index inflation rose to 10.1% in September from 9.9% in August, the Office for National Statistics has said 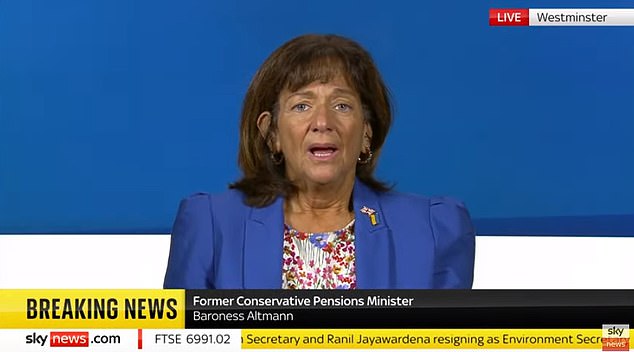 Former pensions minister Baroness Altmann warned No10 against any ‘nasty surprises’ in the Hallowe’en Budget due to be presented by the Chancellor, currently Jeremy Hunt.

Mr Sunak today said: ‘I will always be grateful to Boris Johnson for his incredible achievements as prime minister. And I treasure his warmth and generosity of spirit.

‘And I know he would agree that the mandate my party earned in 2019 is not the sole property of any one individual. It is a mandate that belongs to and unites all of us. And the heart of that mandate is our manifesto.

‘I will deliver on its promise. A stronger NHS, better schools, safer streets, control of our borders, protecting our environment, supporting our Armed Forces, levelling up and building an economy that embraces the opportunities of Brexit, where businesses invest, innovate, and create jobs.’

Today a former pensions minister warned No10 against any ‘nasty surprises’ in the Hallowe’en Budget due to be presented by the Chancellor, currently Jeremy Hunt.

Baroness Altmann told Sky that Mr Sunak should work to ‘bring people together, people across the party divide … and try and find some middle ground where we can look after the national interest, start helping households across the country feel more confident about the future, manage the cost of living crisis and make sure we don’t frighten the markets again in the way that we have done in recent weeks’.

She added: ‘I would hope that we don’t have further turmoil at the Treasury and we keep Jeremy Hunt…

‘If we have this budget speech next week we don’t want any more nasty surprises, we want to make sure it is steady for a while and the chancellor absolutely knows that. So I wouldn’t expect any big surprises.’

Mr Sunak earlier vowed to fix the ‘mistakes’ of Liz Truss’s leadership as he braced the nation for ‘difficult decisions’ ahead.

The freshly appointed Conservative leader warned the UK is facing a ‘profound economic crisis’ in his first speech after being asked to form a Government by the King.

Over an hour after Ms Truss defended her botched economic strategy in her farewell speech from the Downing Street, Mr Sunak stood outside No 10 criticising her brief and chaotic tenure.

Mr Sunak said his predecessor, whose 49 days in office made her the shortest-lasting PM in history, was ‘not wrong’ to want to drive up growth, describing it as a ‘noble aim’.

‘But some mistakes were made. Not born of ill will or bad intentions – quite the opposite in fact. But mistakes nonetheless,’ he added.

‘I’ve been elected as leader of my party and your Prime Minister in part to fix them – and that work begins immediately.’

Mr Sunak, 42, became the UK’s first Hindu PM, the first of Asian heritage and the youngest for more than 200 years when he was appointed by Charles at Buckingham Palace on Tuesday morning.

The pound soared and the cost of Government borrowing dropped as 11 ministers who were either in or attended Cabinet returned to the back benches after Mr Sunak began his cull of Ms Truss’s top team.

Ms Truss had used her valedictory speech to stress the need to be ‘bold’ as she defended her tax-cutting ideals despite being forced to reverse most of her policies.

She made no apologies for her disastrous mini-budget and stressed the need for lower taxes, before wishing Mr Sunak ‘every success, for the good of our country’.