MATT Gaetz is being investigated by the Justice Department for the alleged sex trafficking of a 17-year-old girl.

The Florida rep, 38,has denied all allegations made against him – including taking illegal drugs and paying women for sex – and maintains that he is part of a smear campaign against him by his political opponents. 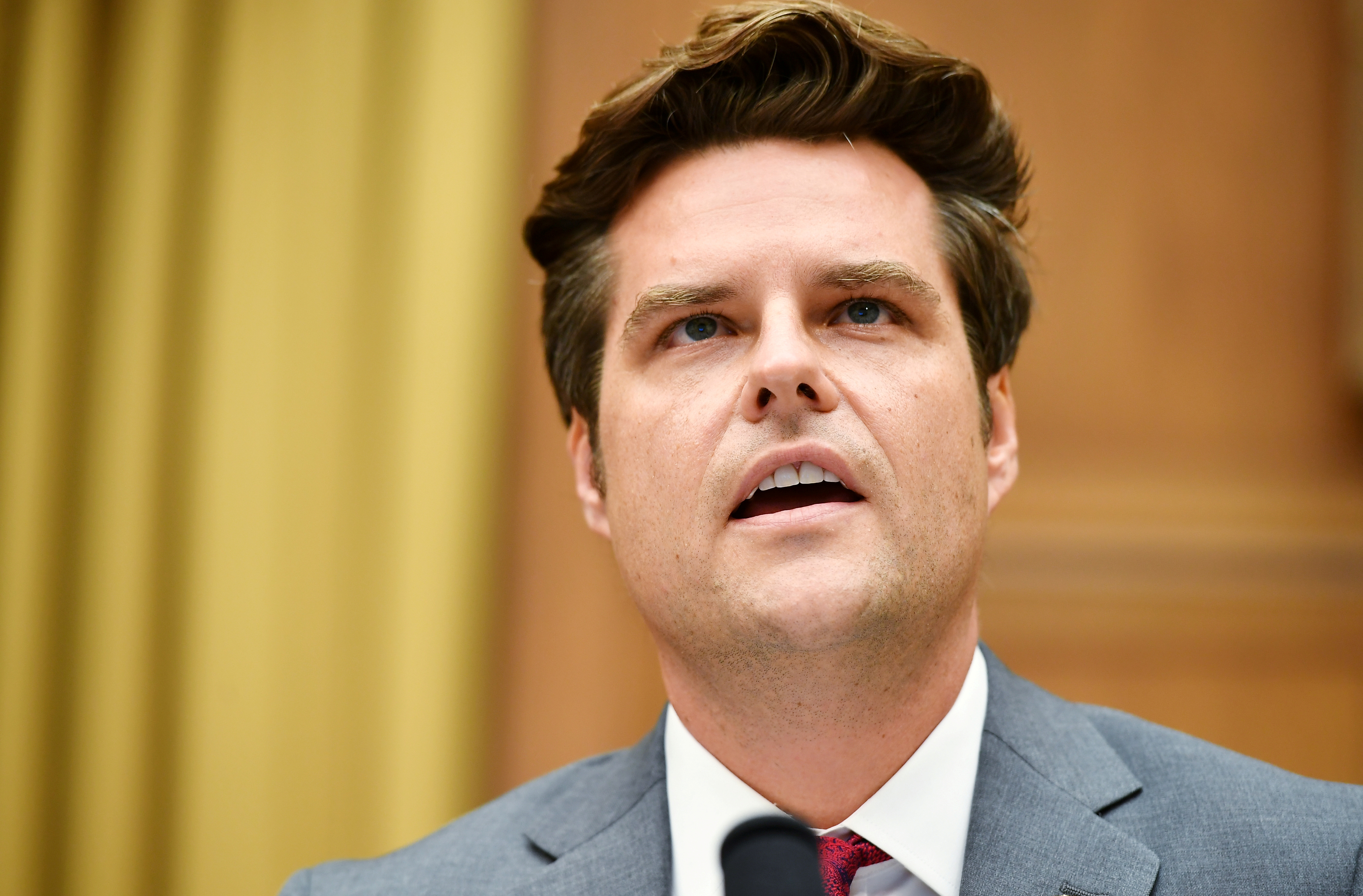 Why is 'Matt Gaetz Venmo' trending?

Gaetz and his incarcerated friend Joel Greenberg allegedly made payments to young women they were meeting up with using Venmo, reports the Daily Beast.

Venmo, founded in 2009, is a mobile payment service owned by Paypal. Bother the sender and receiver must live in the US to transfer funds.

None of the three women in question were under the age of consent in Florida, 18, at the time.

The Florida representative reportedly named one of the women when he sent the cash over to Greenberg. 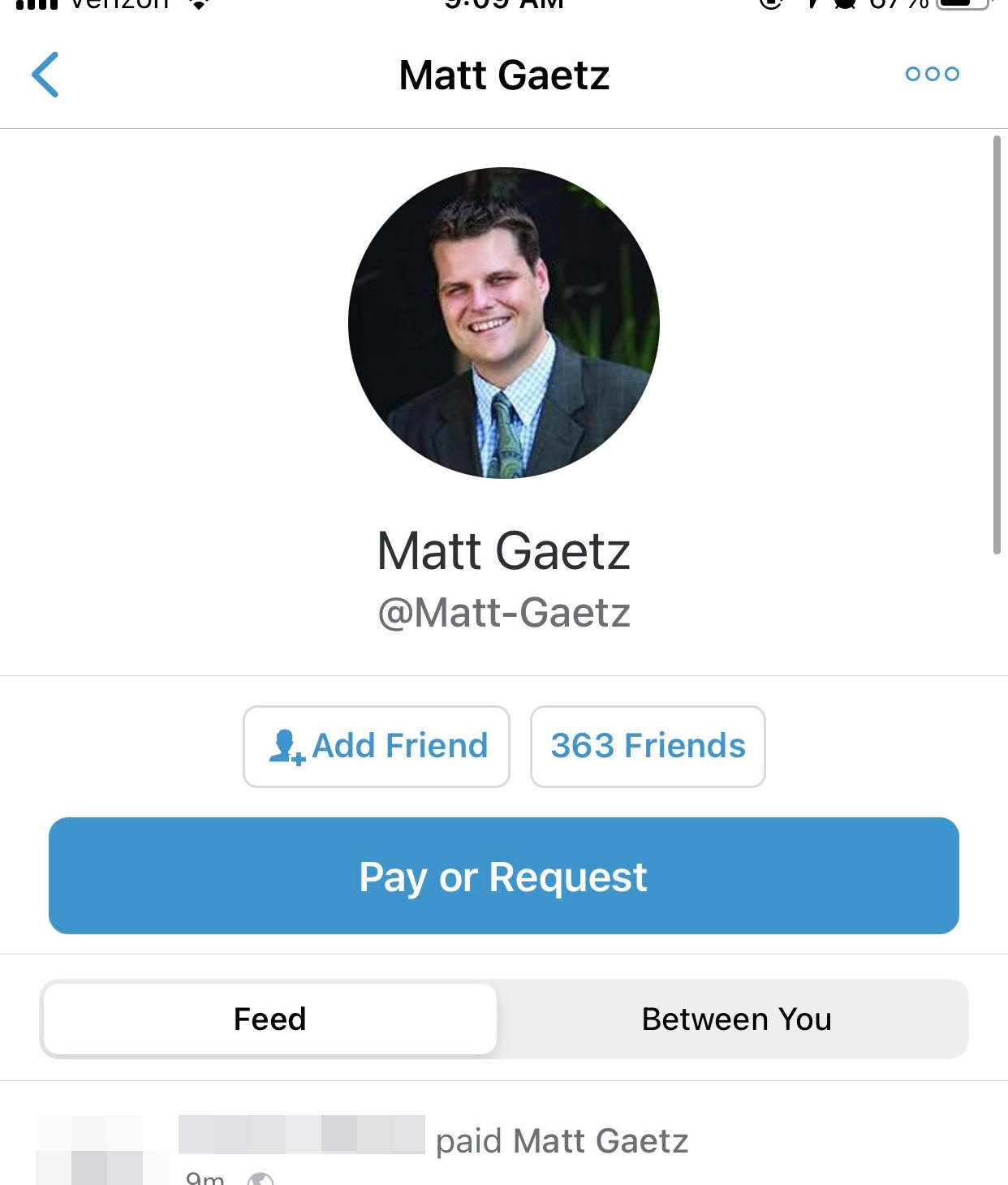 How much did Matt Gaetz allegedly pay Joel Greenberg?

The Congressman allegedly made a late night payment to Greenberg using the app Venmo in May 2018.

Greenberg then reportedly split up that cash between three women.

What has Matt Gaetz said?

After the Daily Beast published the story, Gaetz retweeted a post that claimed the outlet refused to include his statement on the new allegations — in which Gaetz dismissed the story as "rumors" and "gossip."

Reports say that Greenberg, the former Seminole County tax collector who is in jail facing 33 indictments, including sex-trafficking allegations, will likely cooperate with authorities for a deal.

An accountant who was looking into Greenberg and Gaetz's spending told the outlet that the two were "arrogant" and "felt they were above the law."

Gaetz, for his part, has adamantly denied being involved in anything illegal, and claimed that the rumors about him are being perpetuated by those who dislike him in DC.

He claimed that the allegations are coming out because he has made it clear that he "loathes the swamp and fights both sides of it on a daily basis," in a column published in the Washington Examiner earlier this week.

The big-time Donald Trump supporter then compared politicians to the mob, coming after him for creating problems for important members.

"Yes, just like the mafia, the D.C. swamp protects its 'made men,'" he continued. 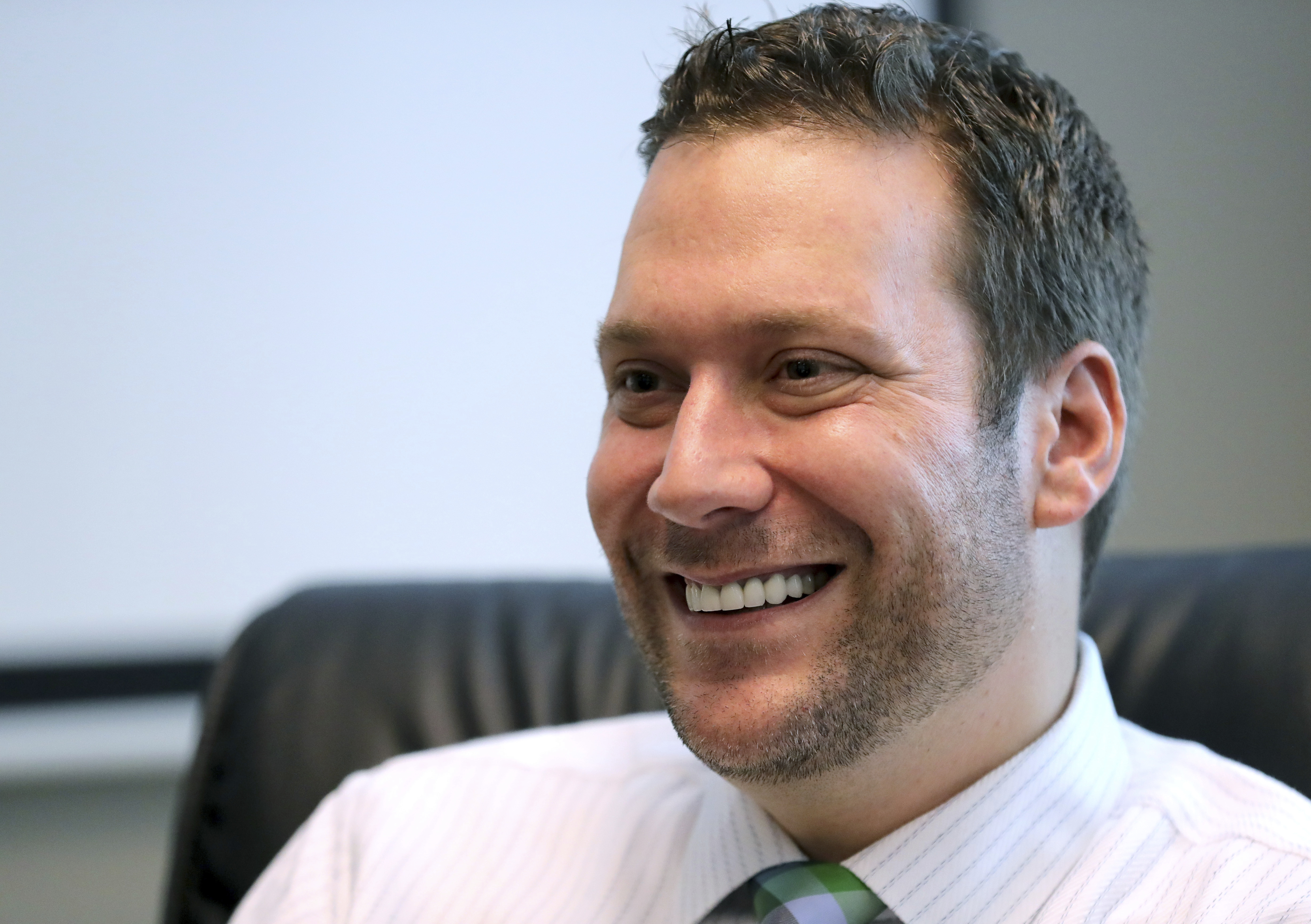 "Since I’m taking my turn under the gun, let me address the allegations against me directly. First, I have never, ever paid for sex. And second, I, as an adult man, have not slept with a 17-year-old."

He went on to say he will not be resigning, and slammed Joe Biden's administration for its Justice Department.

Gaetz has also released a statement signed off from "The Women of the Office of U.S. Congressman Matt Gaetz", anonymously defending him amid escalating accusations.

The statement said: "After the shocking allegations last week in the press, we, the women of Congressman Matt Gaetz's office, feel morally obligated to speak out."

"During Congressman Gaetz's time in office, we have been behind the scenes every step of the way. We have staffed his meetings. We have planned his events. We have traveled with him. And we have tracked his schedule.

"On every occasion he has treated each and every one of us with respect. Thus, we uniformly reject these allegations as false."

Despite the allegations, Gaetz will be headlining the Women For America First event on April 9.

Making the announcement of Gaetz headlining the summit was the "Women for American First" Twitter page.

"Rep Matt Gaetz has been a fearless leader in DC. Few members of Congress have been more willing than Matt to stand up & fight on behalf of President Trump & his America First Agenda," the Tweet read.

"We are honored to have @RepMattGaetz speak at the #SaveAmericaSummit!"

Gaetz also announced that he would be speaking in his own tweet, writing: "Thank you to “Women for America First” for the invitation to share my vision for our great nation."