It is what most of us crave – the secret of how to look younger.

Now scientists believe they have stumbled on an answer. And it is all down to the company we keep.

They claim that hanging around with younger friends can knock up to two years off someone’s age. 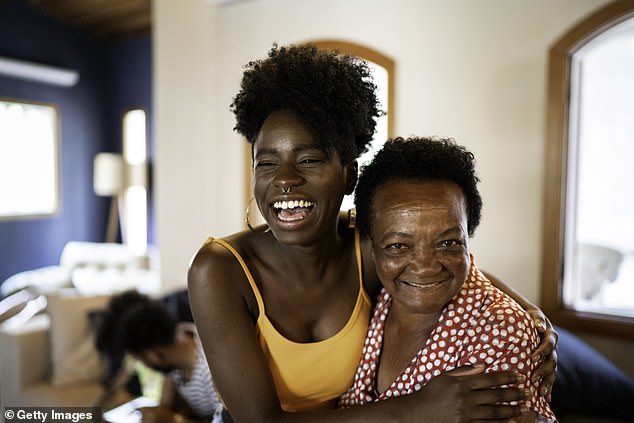 Posing in a photograph next to someone who is younger can see years being knocked off your own age according to new research, file photograph 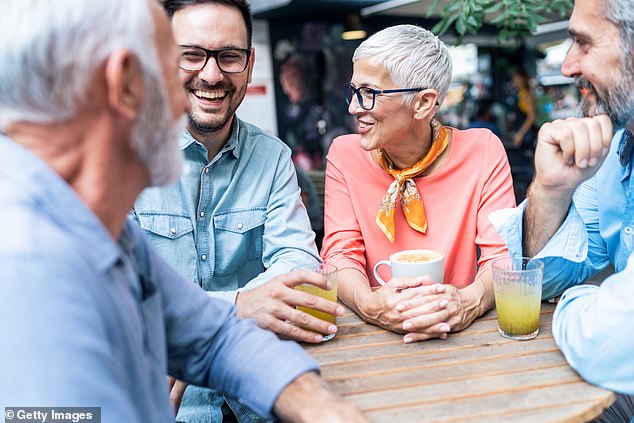 Researchers in Queen Mary University of London recruited 170 volunteers to participate in the test, file photograph

A UK study suggests that men and women get a boost by being surrounded by fresh-faced individuals.

Experts say anyone looking at a group is likely to ‘average out’ the faces, so that an older person’s wrinkles and slightly sagging features are smoothed out by the general impression.

Researchers recruited 170 volunteers, asking them to guess the age of people from passport photos.

They saw these people alone, flanked by pictures of two younger people on either side – and then flanked by older people.

Those faces that appeared between two younger people were judged to be younger too – by up to two years.

However, being seen with older people appeared to ‘age’ an individual.

Study lead author Deema Awad, from Queen Mary University of London, said: ‘Interestingly, we found that a person looks younger when the surrounding group is younger than them, and older when the surrounding group is older. We believe this is due to the way in which the brain and visual system deal with multiple faces. Instead of perceiving each face separately, the brain averages the faces together, which makes a person look younger within a younger group.’

The study initially showed volunteers pictures of 20 men and 20 women aged from 15 to 65. When the pictures were shown on their own, those guessing the ages got them wrong by six to eight years on average. But when volunteers saw the same people’s pictures later on, flanked by younger people, they guessed their age as being a year younger on average.

The opposite was true when someone was surrounded by older people, although this increased their estimated age by less than six months on average.

In further experiments, being among younger people appeared to make both women and men look more youthful, regardless of their race and how much younger the people around them were.

Researchers said that younger faces nearby encourage people mentally to smooth out someone’s crow’s feet, lines and blemishes when they look at them.

Being around younger people appeared to affect apparent age more than being next to older individuals.

But the researchers said that may be because study volunteers were young adults, so their eye may have been drawn to younger people like them.

The study was published in the journal Royal Society Open Science.

Previous research has found that people are consistently judged more attractive when surrounded by others.