As his posthumous LP Skins is released, here's what we know about his ex-girlfriend Geneva Ayala and her relationship with the 20-year-old musician. 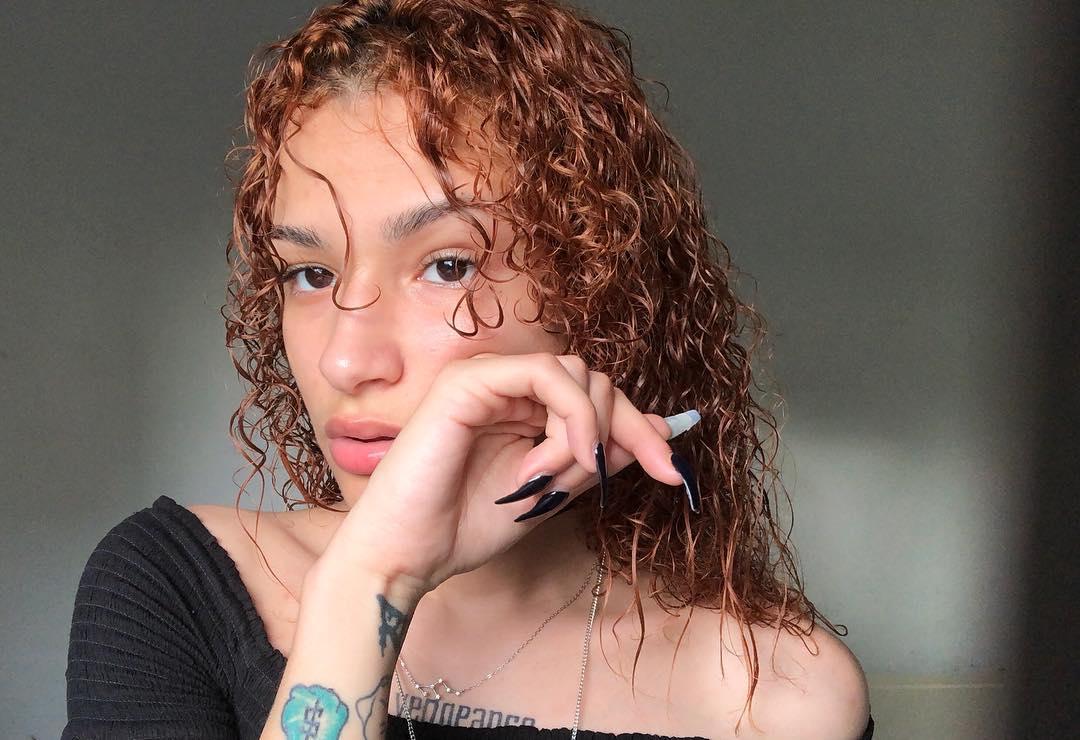 Who is Geneva Ayala?

Geneva Ayala is the ex-girlfriend of rapper XXXTentacion, the 20-year-old shot dead in a suspected robbery in Miami, Florida, on June 18.

She had claimed the artist – whose real name was Jahseh Dwayne Onfroy – physically and verbally abused her during their relationship.

According to the Miami New Times, Geneva is two years older than Onfroy, making her around 22 years old.

The Times reports how a chaotic home life led her to move in with her grandmother at the age of 4, and then back in with her mum when she was 12.

When Geneva was 16, her pregnant mum ordered her to move out after deciding to move in with her boyfriend.

Her relationship with Onfroy allegedly started after a previous ex-boyfriend posted an illicit picture of Ayala without consent.

Despite not knowing her, Onfroy insisted on fighting her boyfriend, and the pair met for the first time in November 2014.

After four intense days together, they parted and didn't see each other for another 18 months, when their allegedly toxic relationship resumed. 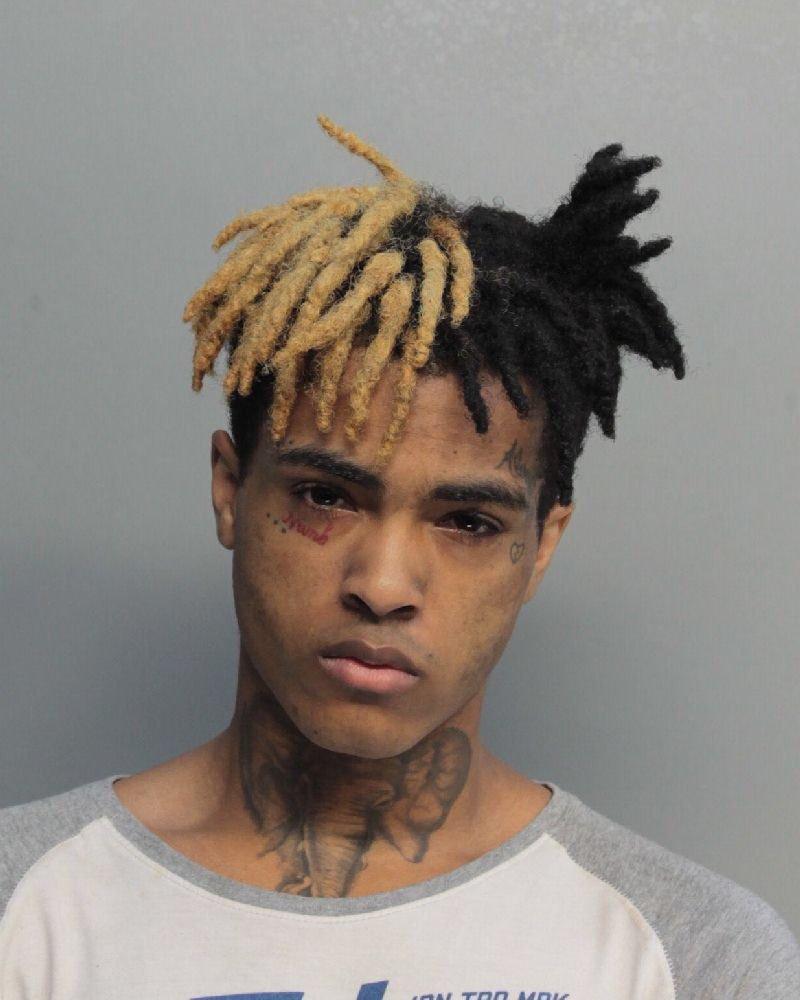 What has XXXTentacion’s ex-girlfriend said about his death and what are the abuse allegations?

Writing on Twitter after Onfroy's death, Ayala said: "it's disgusting the people are speaking for me.

"i don’t care if no one cared about me however many months ago, i didn’t lose my life. he did.

"it’s permanent. i'm still here. like how do you think that makes me feel?

"everyone expecting me to be relieved or happy?! No, i’m broken".

She later claimed she was kicked out of a vigil held for the rapper the day after his death.

Posting on Instagram, she shared a picture of tributes she had taken to the scene followed by another snap of them seemingly burnt.

Ayala wrote: "THEY BURNED THE S**T I LEFT THEY BURNED WHAT I BROUGHT FOR HIM IM SO MAD LIKE IM SCREAMING".

XXXTentacion was awaiting trial for allegedly assaulting Ms Ayala when he was fatally shot outside a motorcycle dealership in Miami. 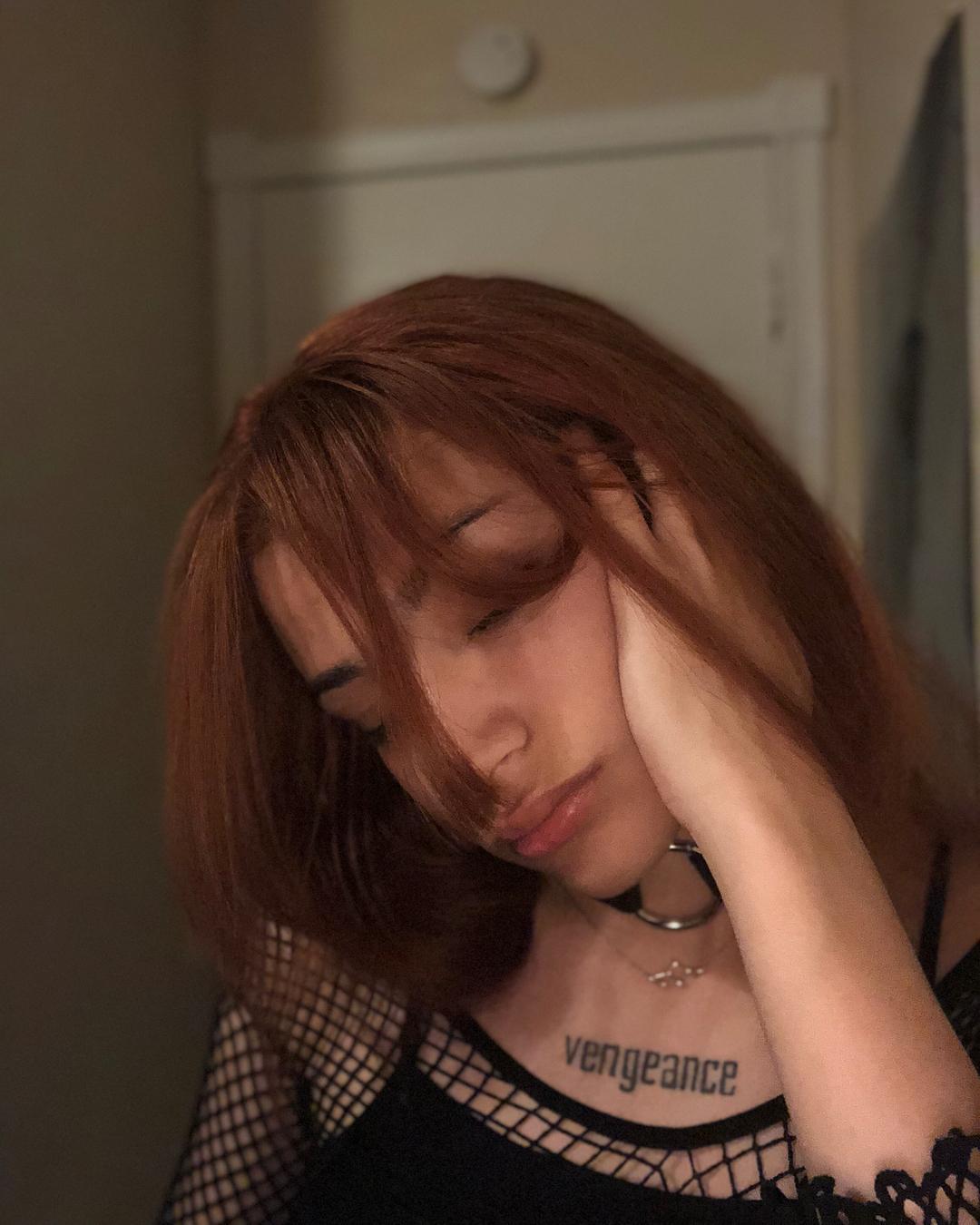 An interview with the Miami Mew Times in early June, Ayala told how she was subjected to five months of physical and verbal assault.

Ayala reportedly told prosecutors that during one fight, he threatened to sexually attack her and would assault her “every three or four days".

She told the Miami New Times: “His favourite thing was to just backhand my mouth. That always left welts inside my lips.”

The first reported incident came two weeks after they moved in together in May 2016, when he allegedly smashed her iPhone 6S after she complimented a male friend on his jewellery.

A full 142 page testimony published by Pitchfork alleges he threatened to penetrate her vagina with a barbecue fork, and on a separate occasion held her head under running water in the bathtub. 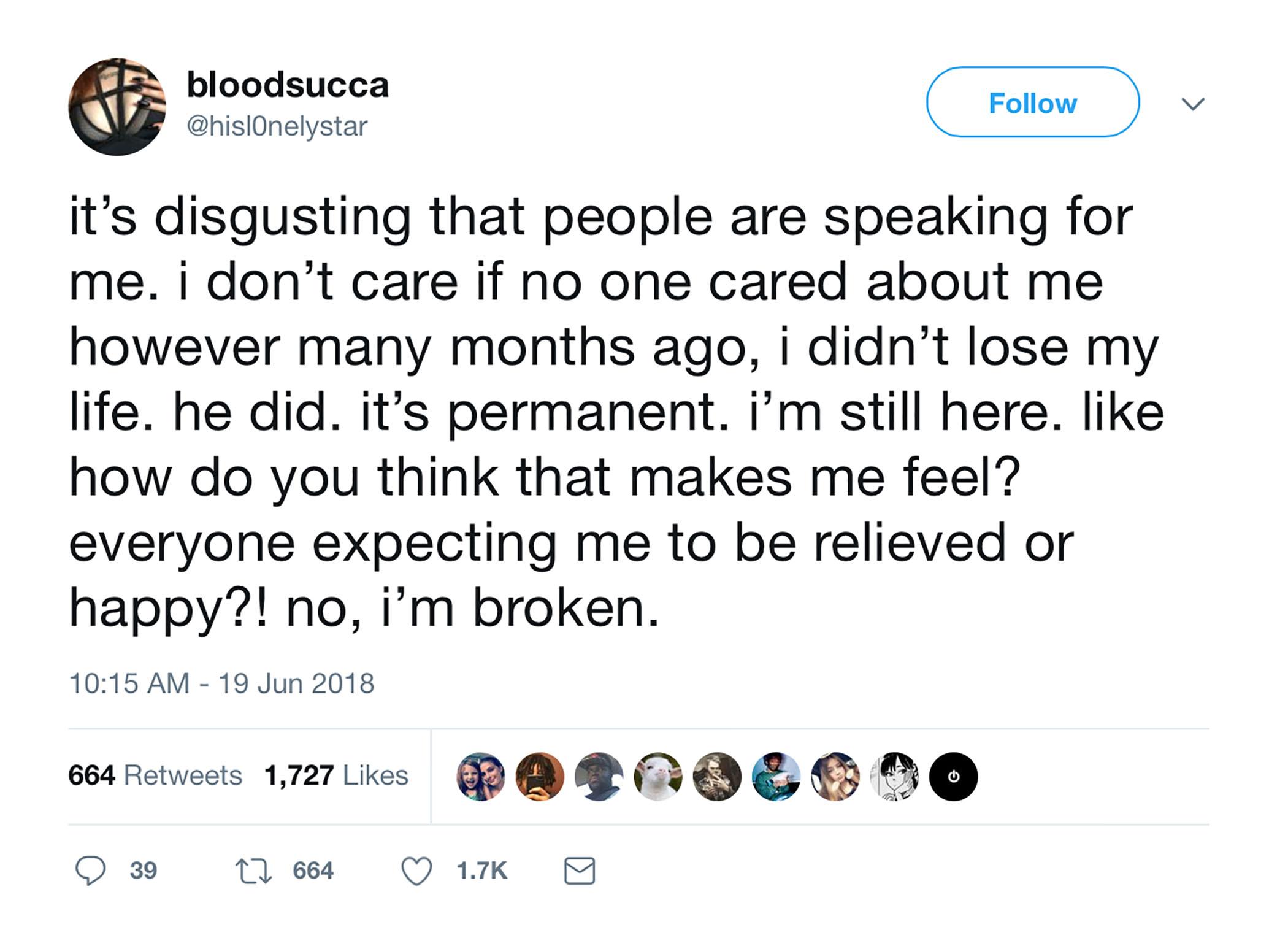 In one alleged fit of rage in October 2016, Ayala claims Onfroy punched, slapped, elbowed, strangled, and head-butted her with unprecedented force.

He then is reported to have confiscated her phone and kept her in a room for days – before she escaped and reported Onfroy to the police.

The next morning, Sweetwater Police arrested Onfroy and later charged him with aggravated battery on a pregnant victim, domestic battery by strangulation, false imprisonment and witness tampering.

On November 27, 2017, Onfroy's attorneys submitted a document signed by Ayala, stating she would not testify against him in court – later saying she was too scared to do so.

Ayala set up a GoFundMe campaign to crowdsource the $20,000 needed to repair nerve damage and a fracture near her eye following one of the alleged attacks.

The page quickly raised several thousand dollars, including $5,000 from Onfroy himself.

But within a week, GoFundMe received reports that Ayala had misrepesented the cause of her injuries, and the website deleted the page, freezing the funds.

The page has now been reactivated, with donations flooding in since the news of the rapper's death.

Onfroy had always denied all the allegations of domestic abuse against him.