A 33-year-old woman believed to be involved with her abduction is also included in the alert. 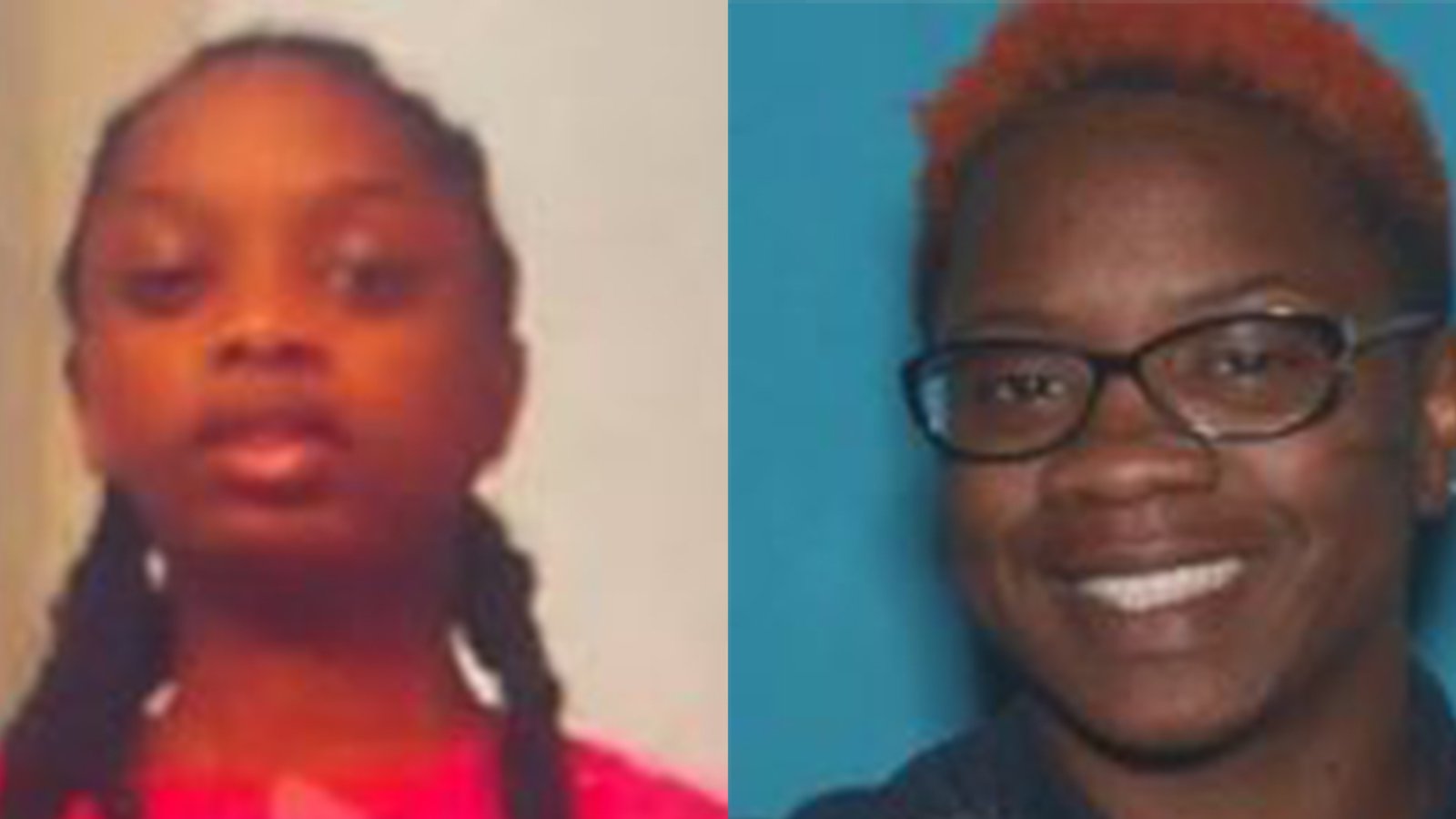 Who is Stevie Patrice Johnson?

She is a Black female, with brown hair and brown eyes. The Amber Alert has her listed at five feet tall, weighing 120 pounds.

According to police, she was last seen around 4.57pm on the 800 block of Cascade Drive.

Reports on Twitter have stated that Johnson was allegedly abducted from her school bus stop by a woman who is believed to be her biological mother.

Police are urging anybody with information to contact 911 or the Glenn Heights Police Department at 972-223-3478.

Who is the suspect in Stevie Patrice Johnson's abduction?

Hickman is a Black female, standing at around five foot seven. She weighs around 190 pounds, and has black hair and brown eyes.

She is reportedly driving a black 2017 GMC Terrain with a Missouri license plate number: CT0D6R.

Hickman and Johnson may be headed to Missouri, according to reports.

According to police, Johnson is believed to be in grave or immediate danger. 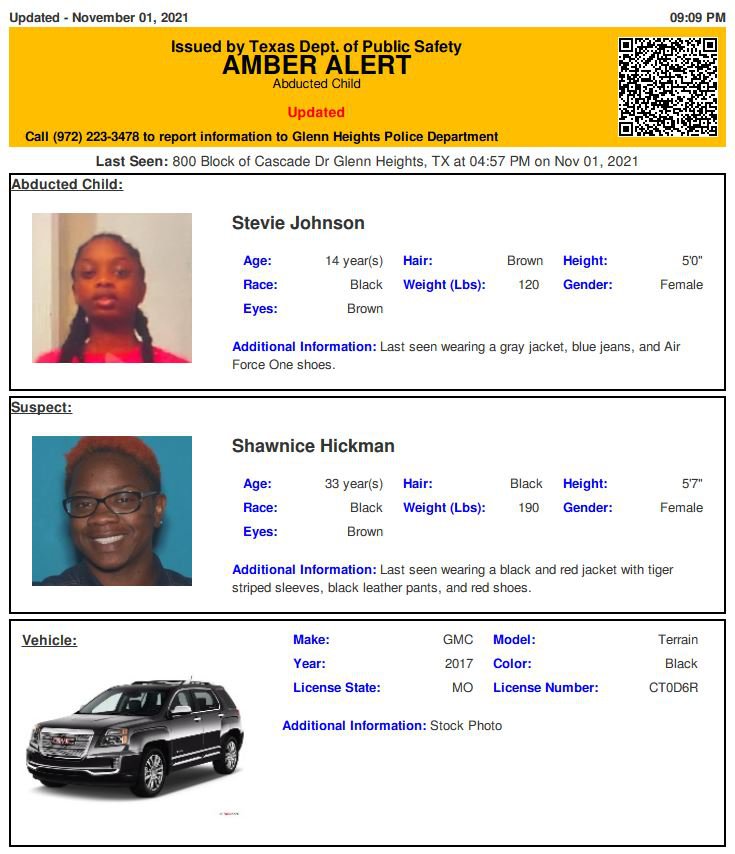 What is an Amber Alert?

According to their website, Amber Alerts are emergency messages issued when a law enforcement agency determines a child has been abducted and is in imminent danger.

They are typically issued via media broadcasting, phone updates, or roadway signs.

The Amber Alert system was established in 1996 following the abduction and murder of Amber Hagerman in Arlington, Texas.

There are specific guidelines for issuing an Amber Alert, including:

As of July 2021, over 1K children have been rescued through the Amber Alert system.