But who Tasnime Akunjee and what has he said about the ISIS recruit? Here's everything you need to know. A criminal defence lawyer who specialises in terrorism law, Tasnime Akunjee has been thrust into the spotlight since he began working with ISIS bride Shamina Begum.

He has previously defended one of Lee Rigby's killers, who acted to avenge the killing of Muslims by British armed forces.

It is not the first time the solicitor has aired controversial views around terror and Islamic extremism.

When Shamima fled to join Islamic State as a 15-year-old girl, Mr Akunjee led a campaign for the Metropolitan Police to apologise to her family for failing to tell them that a school friend had travelled to Syria.

He claimed it “disabled the families from intervention in [their] children’s plans”.

But the lawyer had previously stated that Muslims should not co-operate with the Government's Prevent counter-terror strategy, which he claimed was “straightforward, paid-for spying on the community”.

Writing on their website in 2015, he accused UK security services of 'creating' Lee Rigby killer Michael Adebolajo by 'making his life so difficult'.

He later told Al Jazeera: "MI5 spent a huge amount of resources trying to turn him and speak to him before he did what he did.

"It's Frankenstein – they created him by making his life so difficult." 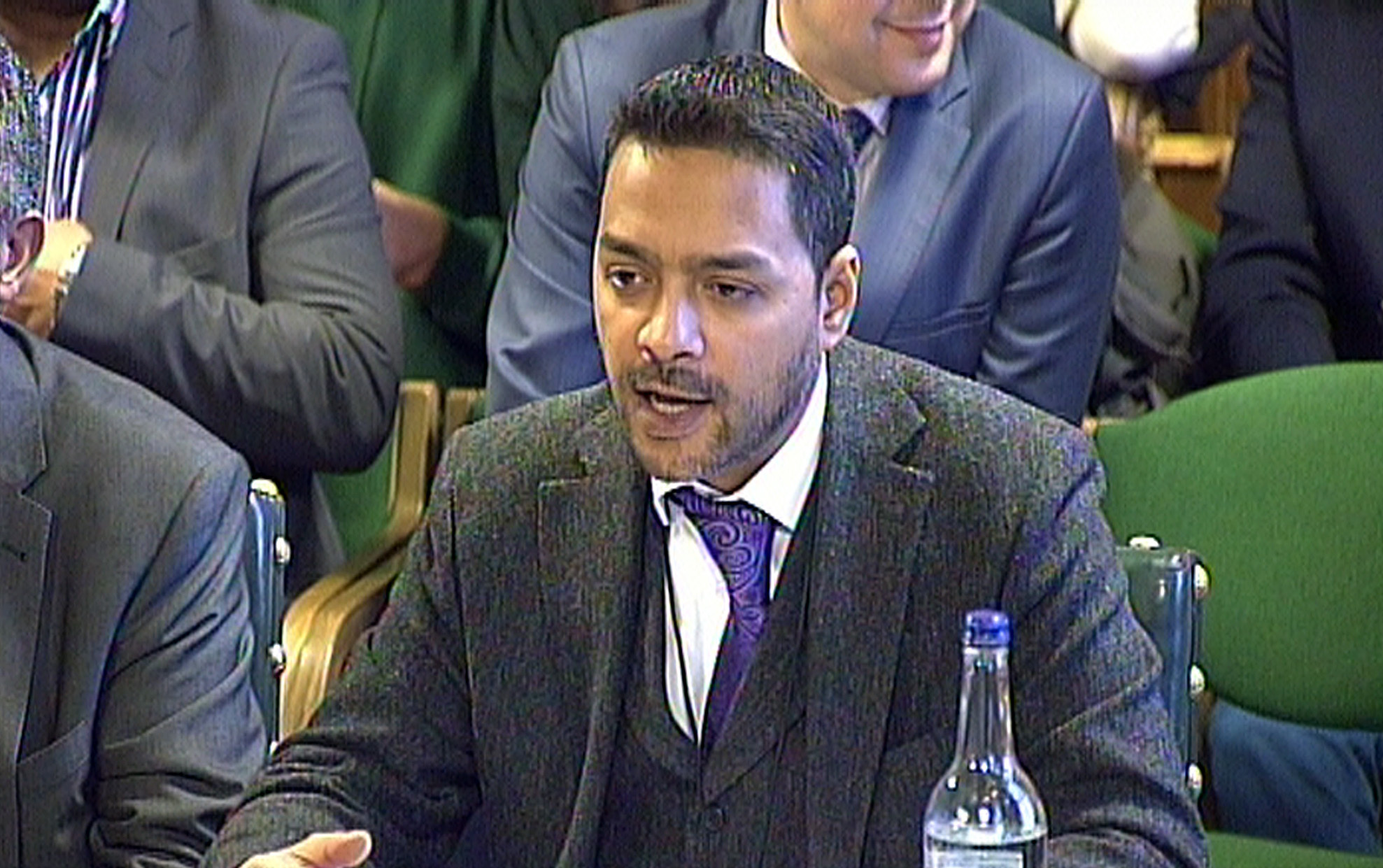 What has he claimed about the ISIS bride?

The West London-based lawyer has been speaking out once again after 19-year-old Shamima was tracked down to a Syrian refugee camp by The Times last week.

She has pleaded to be allowed to return to the UK after giving birth to a baby boy over the weekend.

Mr Akunjee said people should have sympathy for the jihadi runaway because she was "traumatised".

He has previously suggested Theresa May has "Nazi blood" for trying to root out extremists and urged Muslims not to co-operate with police.

Speaking to The Times, he said: "The Nazis had the Nuremberg trials. They were given due process. This girl was a victim when she went out there at 15 years old.

"Our politicians are saying that she should be denied protections and due process that would have been granted to Nazis."

Responding to the presenter Richard Madeley's claims she didn't appear traumatised, Mr Akunjee said: "You might have said the same thing about First World War soldiers in the middle of shellshock." 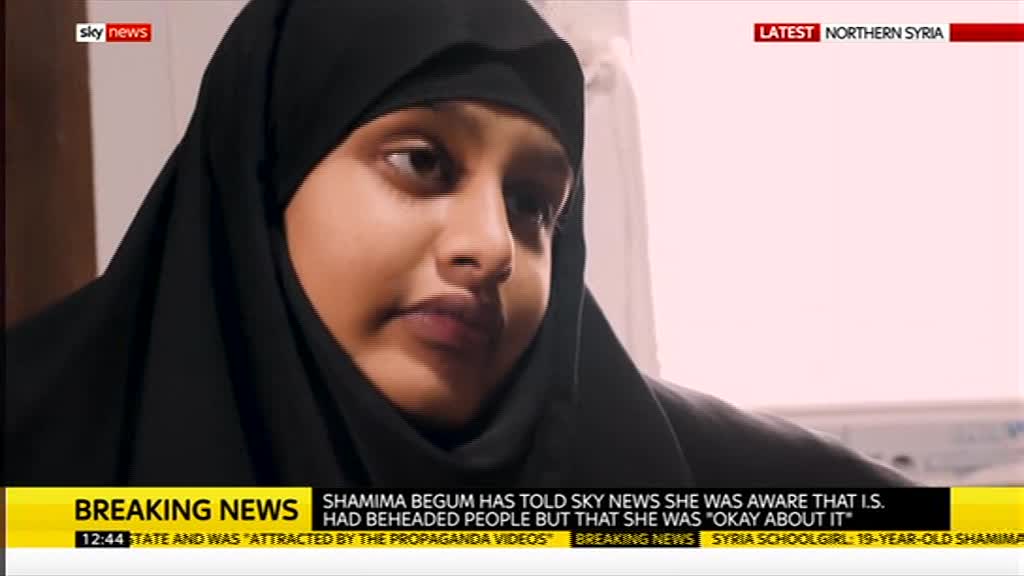 What's the latest on this story?

Critics argued that Begum’s lack of remorse shows she is a danger to the country and that she could be allowed back because of the baby.

Dr Kim Howells, a former Foreign Office and Counter-Terrorism Minister under Tony Blair and Gordon Brown, said: "She sounds to be completely unrepentant, she sounds cynical, she said she wasn't phased by the sight of these heads in a bin as she described it. And now she wants to take advantage of the NHS.

"You can bet your bottom dollar there will be a lobby that will swing into action to get this girl home on humanitarian grounds.

"There's not going to be many people with great enthusiasm for bringing her back, but I suspect she will make it in the end." 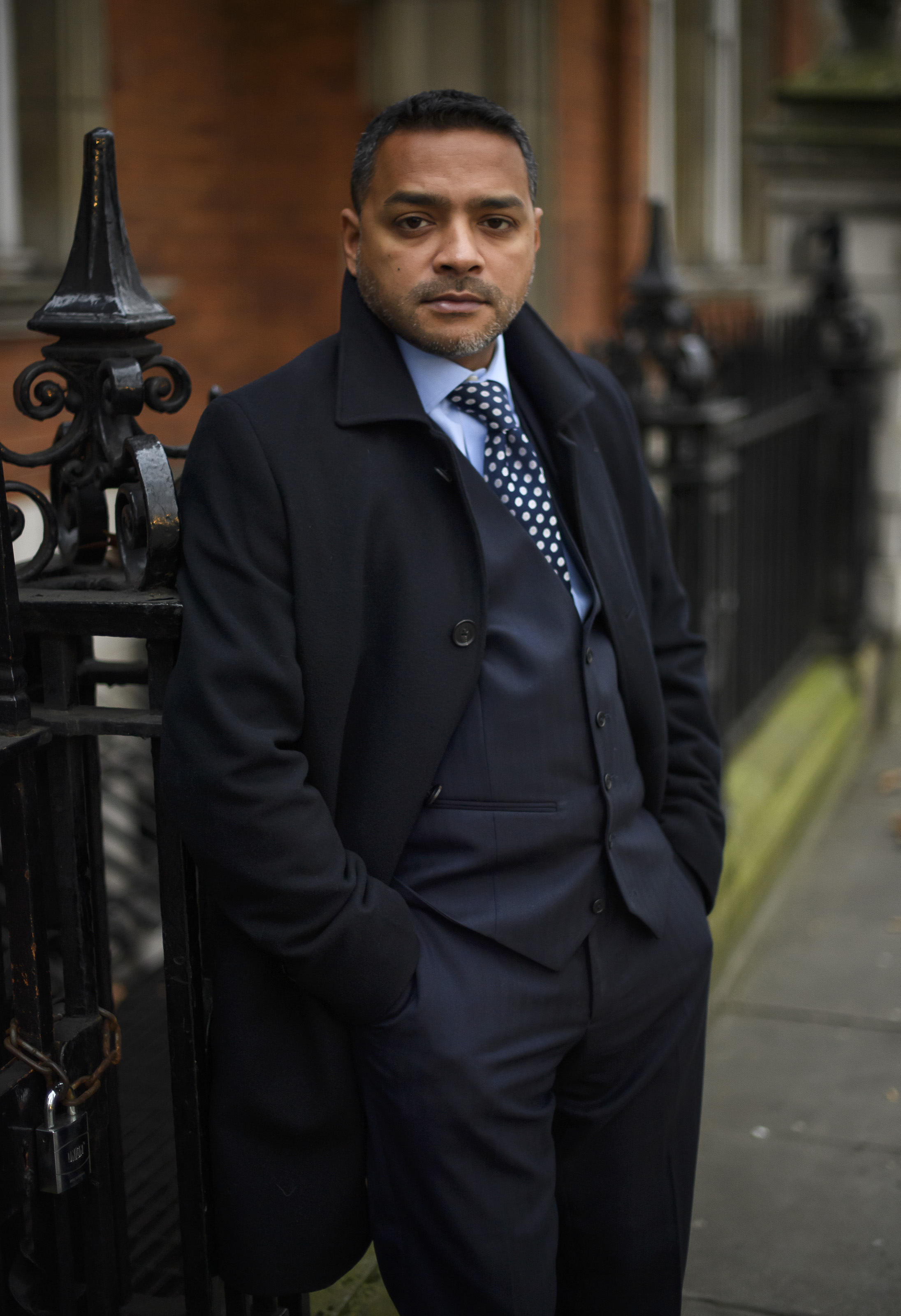 Security minister Ben Wallace has also weighed in on the debate – saying he will not risk the safety of Brits.

He told the BBC: "Actions have consequences.

"I am not putting at risk British people’s lives by going to look for former terrorists.

"We have a duty to the UK citizens here to make sure we take measures to keep safe. We have to mitigate the threat if she comes back."

He said that "as a British citizen she has the right to home here" but he added: "Anyone who goes to fight for Isis, a dreadful, horrendous group, should expect to be interviewed and potentially prosecuted."

Home Secretary Sajid Javid said he would use all available powers to stop Begum returning.

He added: “We must remember that those who left Britain to join Daesh (IS) were full of hate for our country.

“My message is clear — if you have supported terrorist organisations abroad I will not hesitate to prevent your return.

"If you do manage to return you should be ready to be investigated, and potentially prosecuted.”

On February 15, Begum's family begged the Government to let her return back to the UK.

Renu told ITV News she wanted her sister home: "She's pregnant and vulnerable, and it’s important we get her out of al-Hawl camp and home as soon as possible.

"We hope the British Government will help us bring her home to us where she belongs."

Anyone who returns to the UK after travelling to Isis territory faces a criminal investigation and up to ten years in jail.

A barrister who specialises in family law has warned that her baby could be taken away as soon as she steps foot in the UK.

In the latest of a series of interviews, Begum insisted on Sunday she was ready to “rehabilitate” if allowed to return.

She said: “I just want forgiveness really, from the UK. Everything I’ve been through, I didn’t expect I would go through that.”

Begum, who wed an IS fighter and had two previous children who died, added: “I don't want to lose this baby as well.”

Asked if she would say sorry to British terror victims, she said: “OK yeah, I am sorry for all the families who’ve lost husbands and sons and brothers.

“I’m sorry for all the men who have lost women and children because of attacks in the UK.

“They weren’t fighting anyone, they weren’t causing any harm. But neither was I.”

On Monday it was reported Begum said she is ready to go to prison if she is allowed back into Britain.

She admitted she was one of ISIS's "poster girls" and apologised for joining the terror group.

BBC Middle East correspondent Quentin Sommerville tweeted: "IS supporter Shamima Begum admits to BBC News she was a poster girl for IS recruitment, apologises to Britain for joining IS and says she is ready to face prison if she’s allowed to return."

Ms Begum added in the BBC interview: "I actually do support some British values and I am willing to go back to the UK and settle back again and rehabilitate and that stuff.

She added: "The poster girl thing was not my choice."

Good Morning Britain host Piers Morgan has weighed in on the debate, saying Begum should go "f*** herself" and deserves to "rot in hell". "Now, predictably, they both want to return to the safety of their original countries and live at OUR tax-payer expense.

"To which I say, and excuse my language here but sometimes it’s entirely appropriate: Go f*** yourselves.

"My message to both these brides, and any others like them, is this: You made your ISIS husband beds, now you can rot in hell in them."