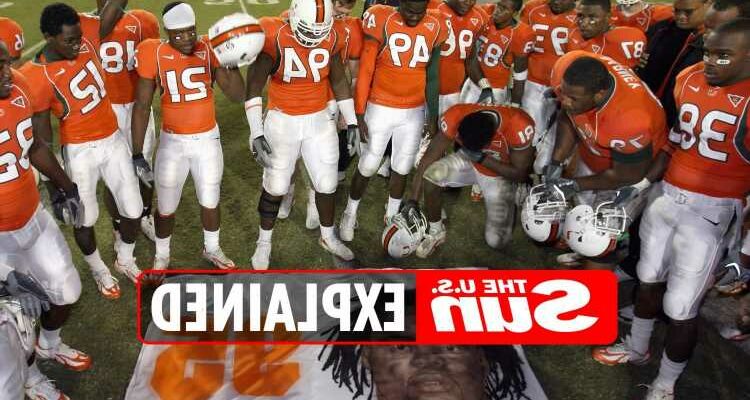 The former defensive back had played for the University of Miami in 2004.

Who is Rashaun Jones and why was he arrested?

Rashaun Jones, 35, is a former college football player who had a promising career in the sport.

Hailing from Lake City, Florida, Jones was recruited by the University of Miami after attending Columbia High School South.

As a senior in high school, he had 60 tackles and a school-record eight interceptions, with 19 passes broken up.

He had three blocked punts, two forced fumbles, and one fumble recovery.

Jones had six offers to play college football and chose the University of Miami in 2004, earning a spot on the team.

He was a liberal arts major at the university and played in 12 games over two seasons.

According to the Miami Herald, the former player was reportedly suspended from the team because of a third positive marijuana test.

Why was Rashaun Jones arrested?

Jones was arrested in Marion County, Florida over the death of his teammate Bryan Pata.

Defensive lineman Pata was shot dead in 2006 after he was hit in the back of the head.

He was killed in the parking lot of his apartment complex a couple of hours after football practice.

Pata was buried in the suit that he was planning to wear to the NFL draft.