A FORMER Russian gymnast who was rumoured to have had twins with Vladimir Putin has not been seen since in public 2018.

Olympic gold medallist Alina Kabaeva, 37, was rumoured to have been dating the Russian premiere – but disappeared from the limelight when said to have been two months pregnant. 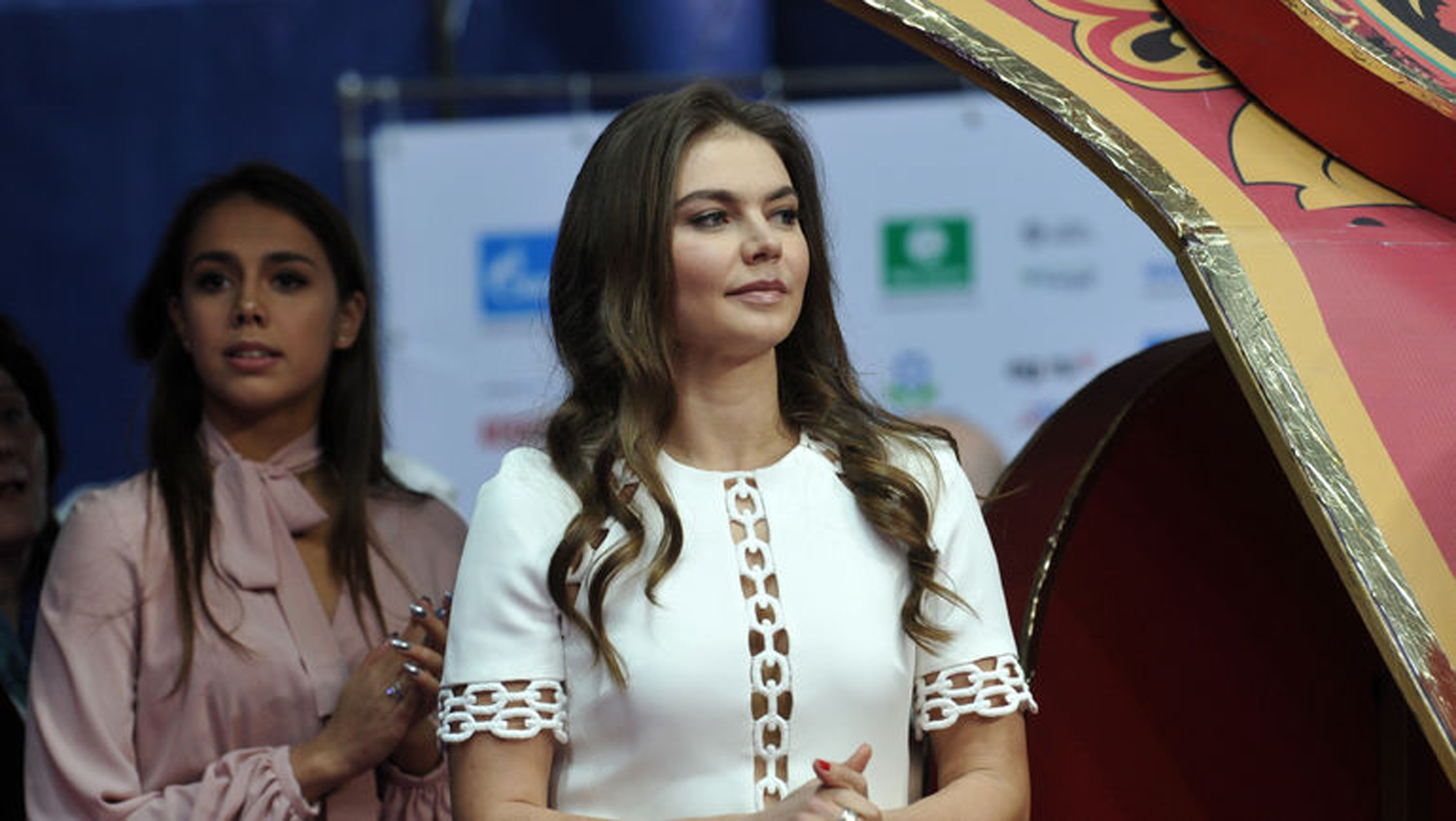 Who is Alina Kabaeva?

Born in 1983 in Uzbekistan, then part of the Soviet Union, she grew up in a sporting family.

But from the age of three Kabaeva began her own sports career in rhythmic gymnastics, become a rising star in her teens.

The Kremlin has constantly denied the Olympic gold medal winner was Putin's secret first lady, but speculation about the former loyalist MP has persisted, including claims they have children together. 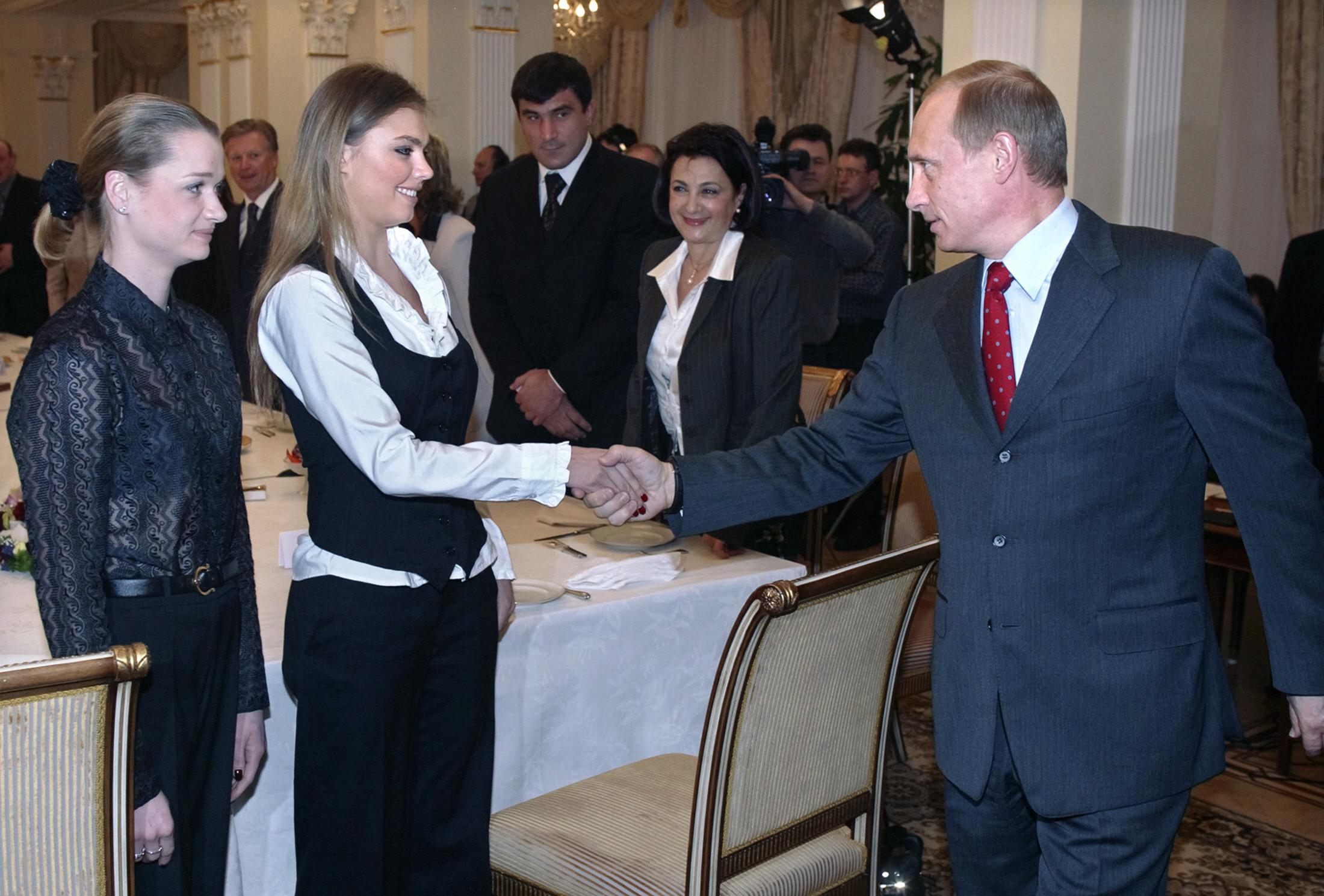 The glamorous 37-year-old arrived alone at a central Moscow polling station for the 2018 Presidential Election – but appeared to be wearing a wedding ring.

When asked who she was voting for, she declined to say – but she made clear: “He will surely win.”

Is she Vladimir Putin's lover?

Kabeava was first linked to Putin in 2008 when it was reported by a Moscow newspaper run by media tycoon and former KGB spy Alexander Lebedev.

Vlad divorced his wife Lyudmila in 2013 and refuses to speak about his private life.

Kabaeva – dubbed “Russia’s First Mistress” – has gone on the record to deny she is the Russian president’s partner, but it has not stopped rumours that the pair are engaged, married and even have a secret family together.

In 2016, Alina appeared in public wearing a ring on her wedding finger, which she seemed to attempt to hide from the cameras.

She was wearing the ring again during a rare TV interview in which the question all Russians wanted to ask was never discussed.

In February 2017, Alina made another public appearance apparently showing off her wedding ring. at a gymnastics tournament in Moscow.

And in July of that year, Vlad almost accidentally revealed a mystery woman in his life when he was filmed opening a car door before swiftly slamming it shut.

Months later, Alina teased Russians yet again by showing off what appeared to be a wedding ring on an outing in Italy. 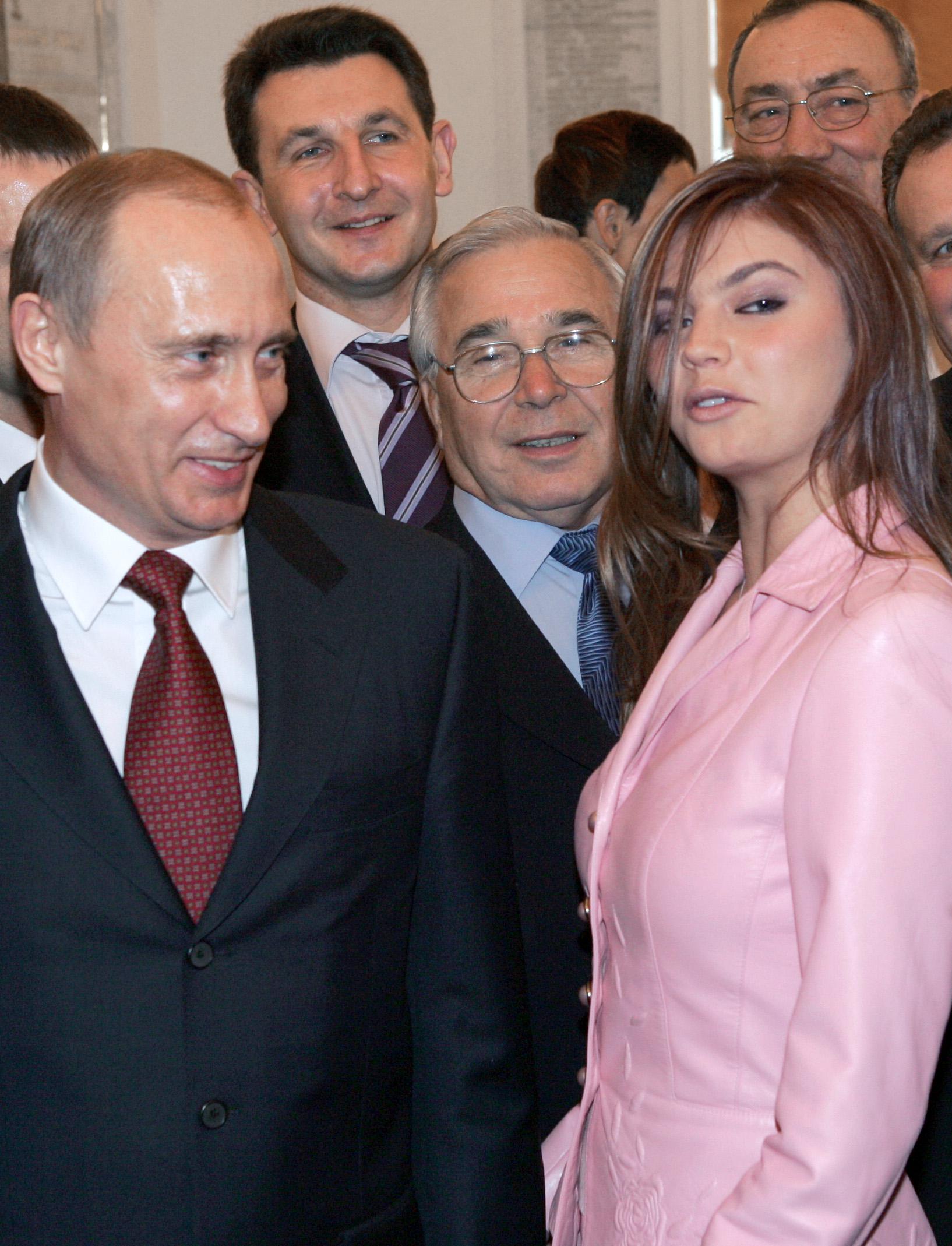 Did Alina Kabaeva have twins with Vladimir Putin?

The ex-gymnast is alleged to have a secret family with Vladimir Putin.

In 2017, there were rumours that Kabaeva was pregnant when she attended a girls’ gymnastics competition in Moscow wearing a loose-fitting red dress – which appeared to be hiding a bump.

A Russian newspaper then reported that the pair were engaged – but the story was denied and the paper was shut down by Kremlin authorities.

Stories that the couple had multiple children persisted after they were pictured together, forcing Alina to finally deny having ever given birth.

A Moscow source told The Sun: “Putin is an intensely private man – he has been hiding his two adult daughters under fake IDs for years. Even now, though he talks about them occasionally, he never names them.

“If Alina gave birth to his children, her hiding away might be one of the strongest hints pointing to this. He is obsessive about the security of his family.”

Alina has not been seen in public for two years, fuelling rumours she has disappeared.

But she has retained the high-profile role despite not having been seen in public since October 11, 2018.

She said: “It’s very hard to stay in touch.

“But you’ve got to respect the position of any person, so you accept, respect, love – and don’t want to dig into this.

“For me Alina Kabaeva was the greatest gymnast.”