BRUSSELS (Reuters) – British Prime Minister Theresa May said on Friday further assurances on her Brexit deal were possible after European Union leaders told her they would not be renegotiating the treaty and scorned her stilted defense of Britain’s departure.

But EU leaders showed no sign of budging, saying it is up to May to sort out her problem getting a deal through parliament in the new year, or face the consequences of failure.

With the British parliament deadlocked, the ultimate destination of the Brexit project remains unclear, with possible outcomes ranging from a disorderly departure with no deal to another referendum on European Union membership.

May, who on Wednesday survived a plot in her party to oust her, rejected EU criticism of “nebulous” demands from a divided British political system and asked EU leaders at a summit in Brussels for political and legal assurances to help her win parliament around to her deal.

She welcomed a statement by the other leaders on Thursday, describing the summit’s conclusions as having “legal status”.

EU officials said the declaration of their good intentions not to bind Britain to EU rules forever was just that — not a tweak to the treaty’s so-called “backstop” to avoid a hard land border for Ireland.

Leaders were united that May will get no more from them, even at the 11th hour, to improve on a withdrawal treaty they agreed with her in Brussels just three weeks ago, officials insisted.

“Further clarification and discussion following the Council’s conclusions is, in fact, possible,” May said, refusing to be discouraged.

“There is work still to do. We will be holding talks in coming days about how to obtain the further assurances that the UK parliament needs in order to be able to approve this deal.”

“We want to be helpful,” Merkel said, adding that none in the EU want the disorder that the deal’s collapse would mean.

Asked if there was more on offer from the EU, summit chair Donald Tusk said there was no question of new negotiations and that he had no mandate for more meetings. He added that he remained at the disposal of the prime minister over Christmas.

Tusk went out of his way to counter British media reports of May being “humiliated” on Thursday evening as leaders badgered her for clarity on what she wanted after surviving a bid this week by her own party to oust her.

“We have treated the prime minister with much greater empathy and respect than some British MPs, for sure,” he told reporters.

EU chief executive Jean-Claude Juncker also played down a tiff caught on camera where May remonstrated with him about his remark that Britain’s position on Brexit was “nebulous”. 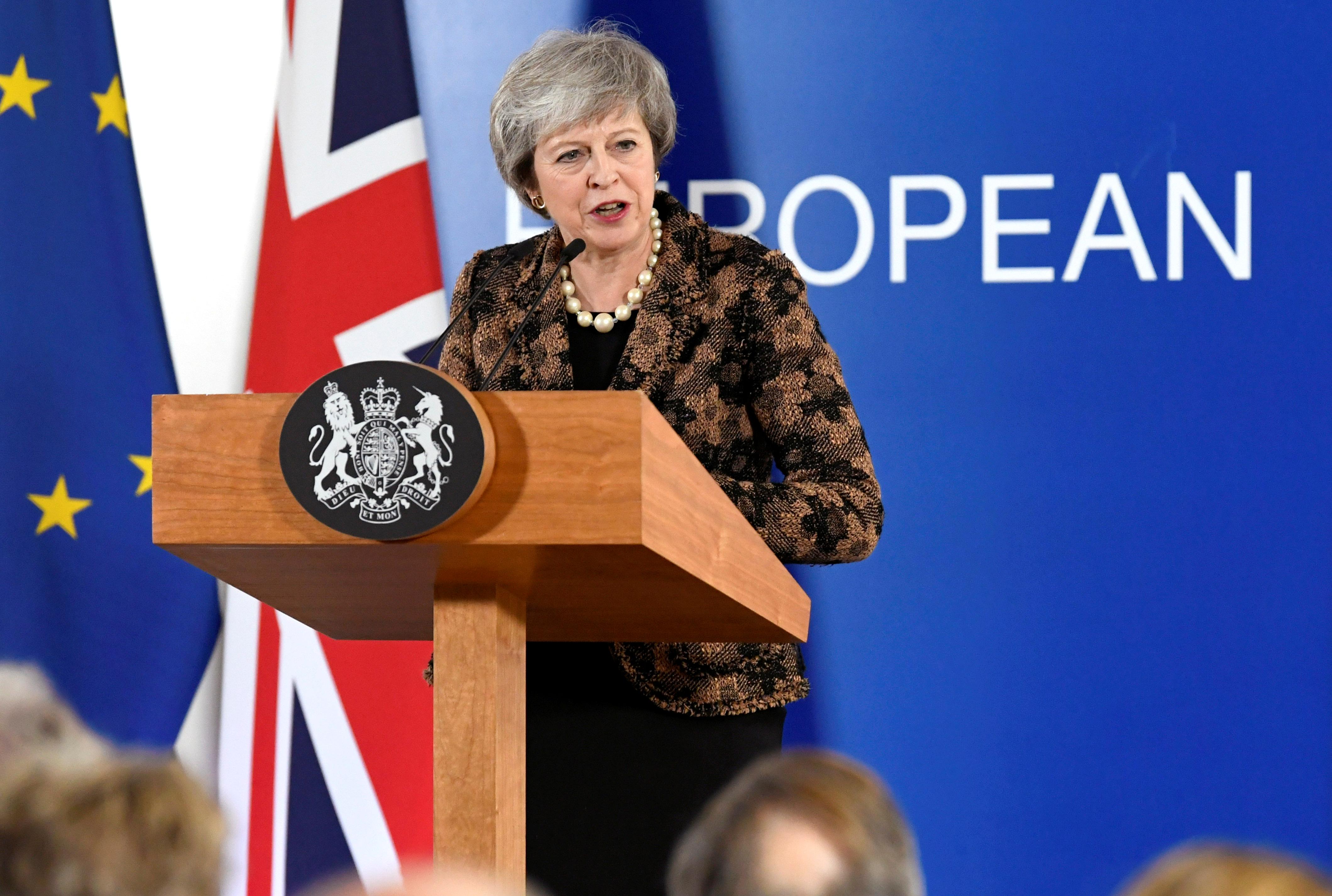 May herself said she accepted it had not been personal and Juncker, calling her “a woman of great courage”, joked that they had kissed and made up afterward.

Key to solving the problem, the head of the European Commission said, was “bringing down the temperature” in the debate.

Irish Prime Minister Leo Varadkar, whose country’s prosperity could be radically affected by the fate of its large and historically overbearing neighbor, said he too was trying to help, but that Dublin would not let the treaty be weakened.

Without a deal, a disruptive customs frontier with Britain’s troubled province of Northern Ireland could be a real danger — among the many unknowns facing Europe over the coming months.

As the summit closed, sterling was down around 0.7 percent at $1.2573, set for its biggest weekly drop in seven weeks.

After a punishing week, May was asked by a reporter for Britain’s generally pro-Conservative Daily Mail which was worse – the malcontents at home or the “euro bullies” in Brussels – and whether she ever wanted to ditch her job and fly off to a remote island.

“Negotiations like this are always tough,” May said. “There are always difficult times and, as you get close to the very end, then that can get even more difficult because you’re absolutely sorting out the last details of something.”

But May seemed to have failed to convince EU leaders that if they granted what she asked for, she could win over parliament – a case she had set out before dinner on Thursday. 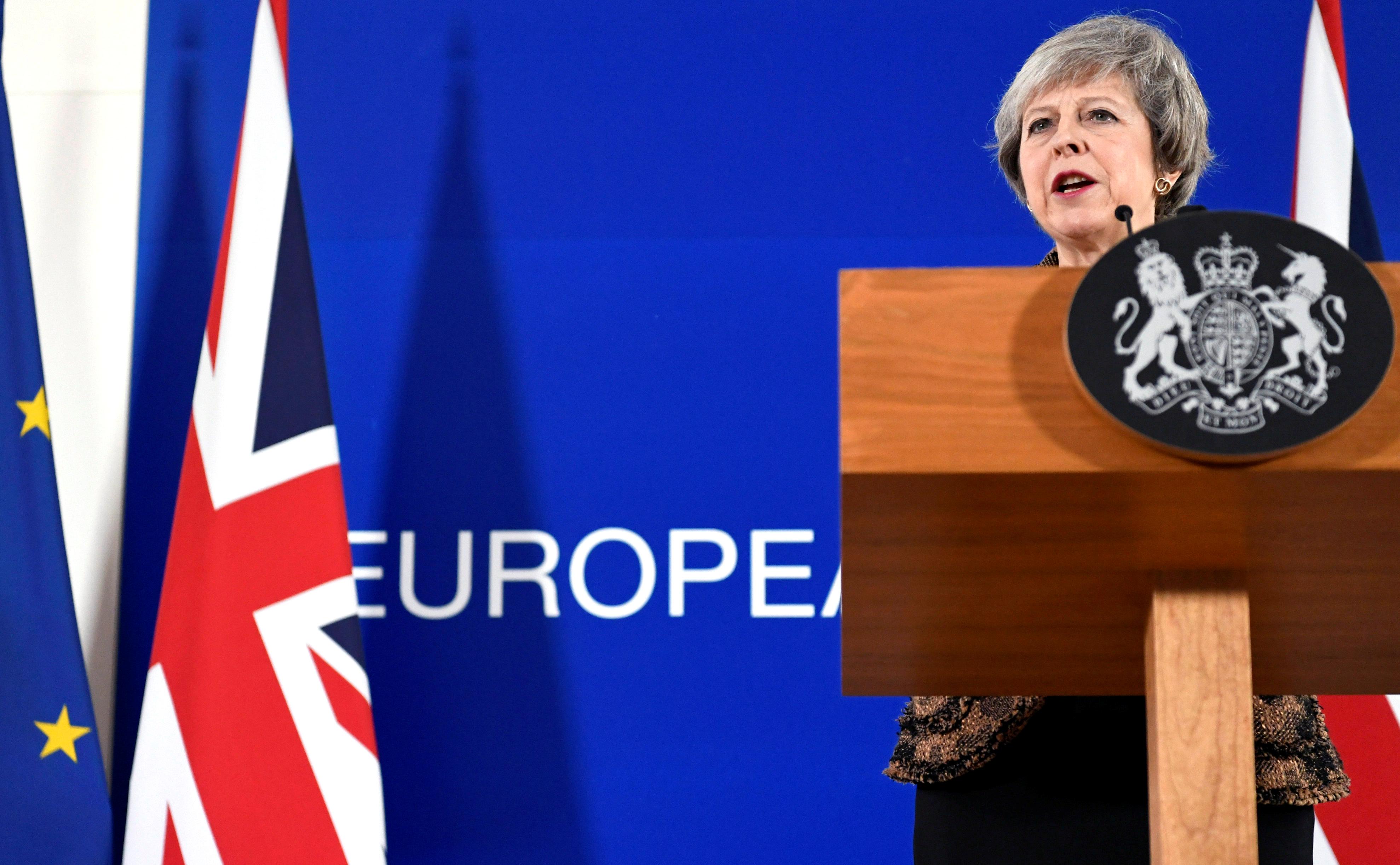 “It would be very useful for us … to know from the United Kingdom what assurances, what guarantees, what explanations they need,” Varadkar told reporters.