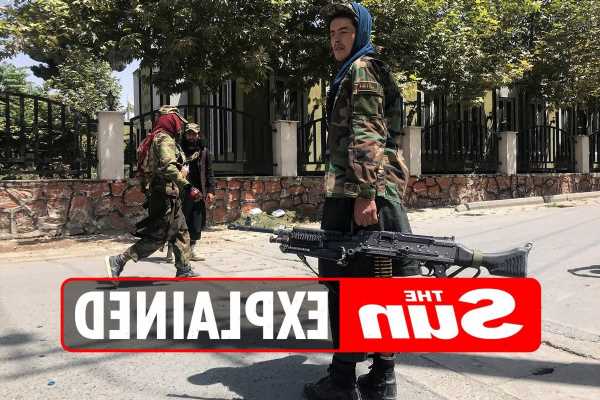 THE Taliban has seized control of Afghanistan just weeks after American and NATO forces quit the country.

Victorious fighters are patrolling the streets of Kabul as thousands of Afghans mobbed the city’s airport trying to flee. 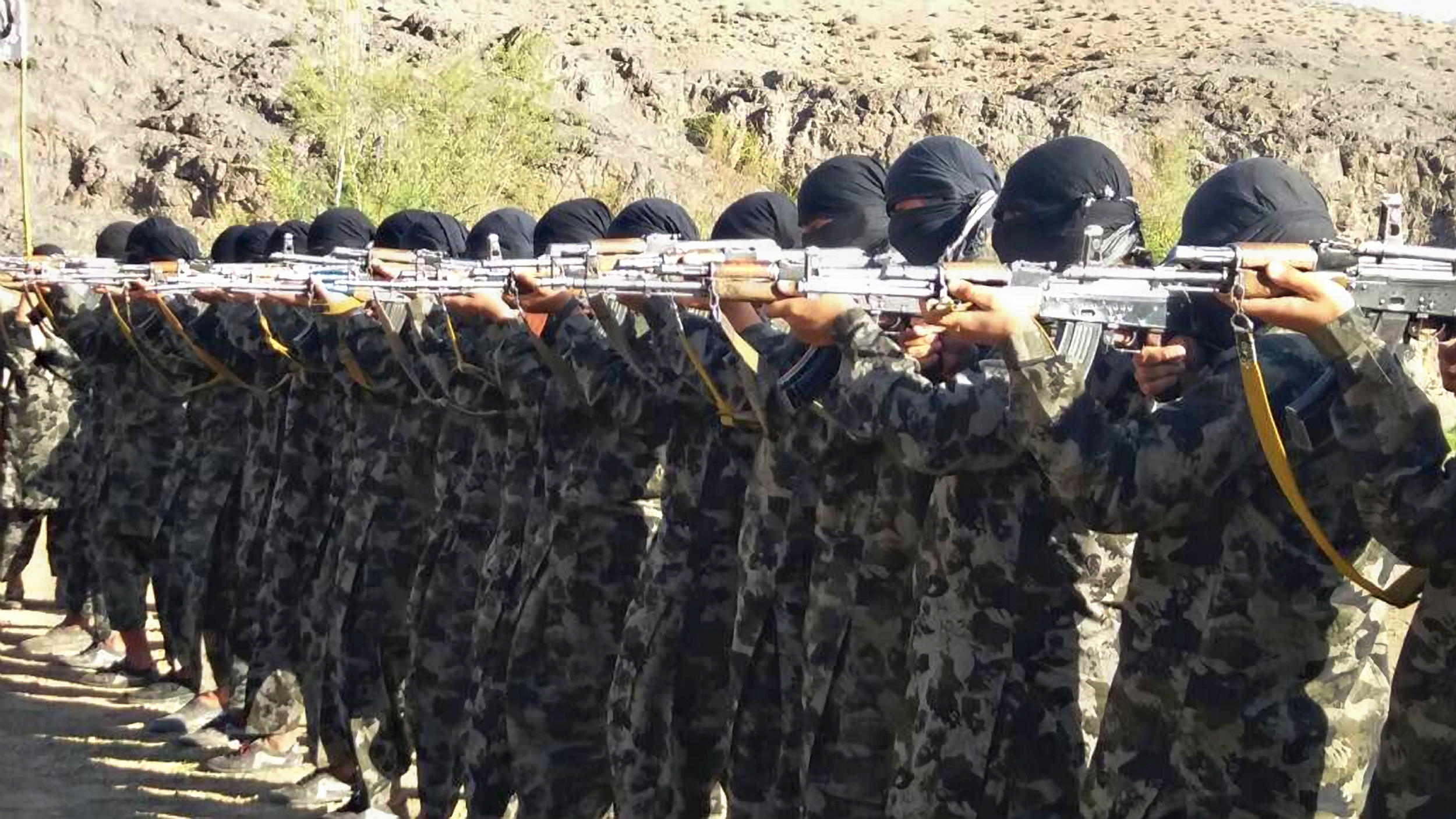 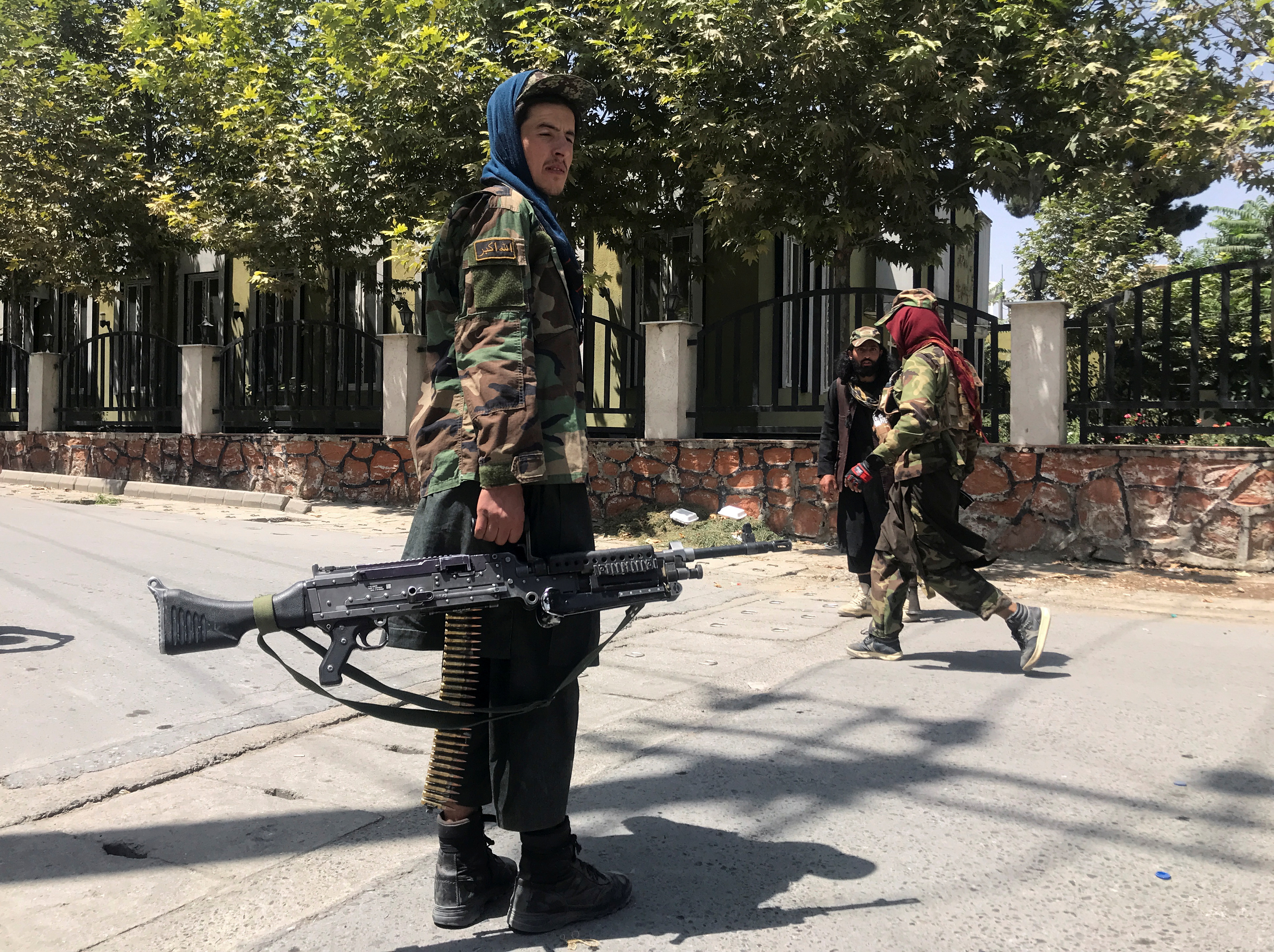 Who are the Taliban?

The Taliban are designated as a "terror group", alongside the likes of  Al-Qaeda by the Security Council.

Devout followers are responsible for most insurgent attacks in Afghanistan.

The terror group ruled Afghanistan with an iron fist from 1996 to 2001, and have been fighting for 20 years to topple the Western-backed government in Kabul.

And experts warn the Taliban are stronger now than at any point since 2001.

The International Terrorism Guide website explains that "the Taliban are a Sunni Islamist nationalist and pro-Pashtun movement founded in the early 1990s".

The word “Taliban” is Pashto for “students”.

Initially the group consisted of peasant farmers and men studying Islam in Afghan and Pakistani madrasas, or religious schools.

But, after consolidating their strength in southern Afghanistan, the Taliban captured several provinces from armed factions who had been fighting a civil war after the Soviet-backed Afghan government fell in 1992.

By September 1996, the Taliban had also captured Kabul, killed the country’s president, and established the Islamic Emirate of Afghanistan.

While in control of Afghanistan, the regime outlawed movies, TV, photos and painted portraits of people – as its militants consider depictions of the human form as 'evil'.

The Taliban-led regime is also infamous for its shocking treatment of women.

The US Department of State, for example, chronicles how a young Afghan mum was brutally gunned down in the street, because she had dared to take her sick child to the doctor alone, without a male 'escort'.

The Taliban's war against women was particularly appalling.

Describing the group's harsh control over women as "the Taliban's war against women", the department slammed the regime for "cruelly reducing women and girls to poverty, worsening their health, and depriving them of their right to an education.

"Afghanistan under the Taliban had one of the worst human rights records in the world.

"The regime systematically repressed all sectors of the population and denied even the most basic individual rights.

"Yet the Taliban's war against women was particularly appalling. [They were] imprisoned in their home, [while food sent to help starving people was stolen by their leaders."

The US swept in to Afghanistan after the September 11 2001 attacks – as the Taliban had provided a safe haven for Al-Qaeda to freely recruit, train, and deploy terrorists to other countries.

The Taliban were routed from power by the American-led campaign after then US President George W. Bush vowed to “win the war against terrorism".

In October 2001, the US military, with international support, began a bombing campaign against Taliban militants.

Who is the Taliban's leader?

The current leader of the Taliban is Maulawi Hibatullah Akhunzada.

He's been in charge of the terror group since 2016.

What do the Taliban want?

The Taliban are on a bloody path to wrest back control of Afghanistan, following the withdrawal of foreign forces.

They have up to 100,000 full-time fighters, and are "stronger now than at any point in the past 20 years," reports the Council on Foreign Relations.

The militants have ramped up their push across much of Afghanistan, turning their guns on provincial capitals after taking large swaths of land in the mostly rural countryside.

At the same time, they have been waging an assassination campaign targeting senior government officials in the capital, Kabul.

They are snubbing warnings from the international community and the UN that a military victory and takeover by the Taliban would not be recognised.

The Taliban have also not heeded appeals to return to the negotiating table and continue long-stalled peace talks with the Afghan government.

The insurgents have taken dozens of districts and border crossings in recent months and put pressure on several provincial capitals, including Herat and Kandahar in the south, as foreign troops withdraw.

Speaking to Al-Jazeera TV, Taliban spokesman Muhammad Naeem Wardak said there was no ceasefire agreement, and warned the US against further intervention to support the government forces.

As of August 9, 2021, Afghan government forces were fighting the Taliban for a string of southern cities.

The loss of any major southern city would represent a significant shift in the balance of power.

Why is there a war in Afghanistan?

The US initially became embroiled in a war in Afghanistan after responding to 9/11.

Bin Laden was in Afghanistan under the protection of the Taliban.

When the fundamentalists refused to hand him over, the US intervened militarily, quickly removing the Taliban.

In 2004, a new Afghan government took over – but deadly Taliban attacks continued.

Nato's international forces ended their combat mission in 2014, at the end of the bloodiest year since 2001.

Responsibility for security was left to the Afghan army – allowing the Taliban more control during the handover. 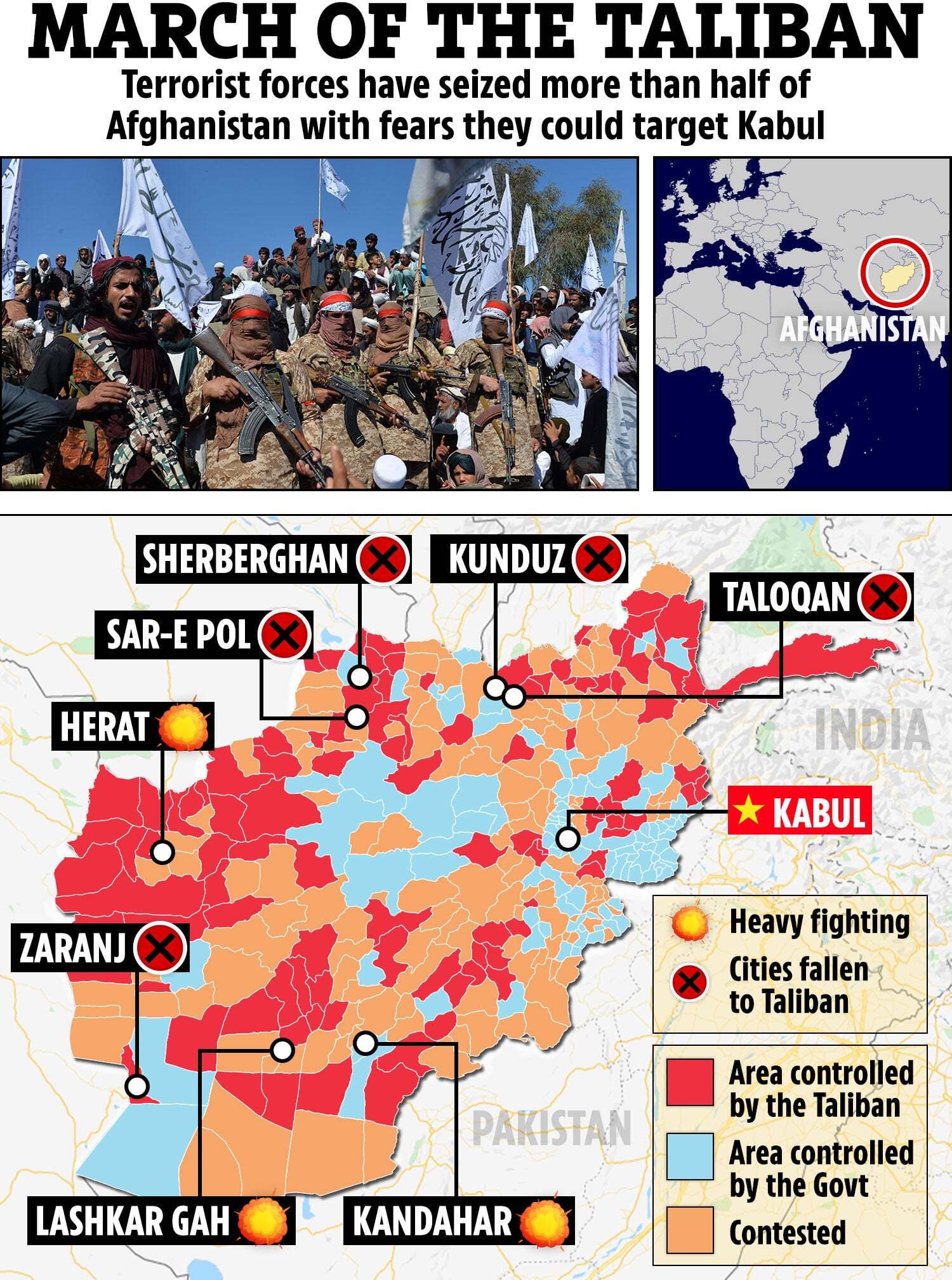