When Indigenous leader Pat Turner heard of the spread of COVID-19 in China in January, she feared for the lives of those with chronic illnesses and vulnerable Elders, revered as living historians.

But a rapid response by Aboriginal leaders to stop the virus worked. Of the 907 deaths and 27,698 cases in Australia, including 685 deaths in aged care, there have only been 149 cases among Indigenous Australians. There were no cases in remote communities and not one death of any Indigenous person. Only 13 Indigenous people were hospitalised.

The extremely low rate of COVID-19 among Australia's First Nations peoples was the "best result for any Indigenous population in the world," said epidemiologist Professor Fiona Stanley, a public health expert and former Australian of the Year.

"It is not just a reversal of the gap but an outstanding result," Professor Stanley said. "It was supposed to be a disaster, but because they acted so responsibly, it was a model of how to prevent an epidemic in a high risk population. [This extraordinary result] just shows what happens when Aboriginal leadership is listened to." 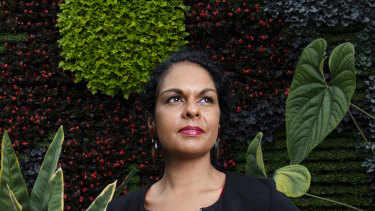 Teela Reid’s first thought when she heard of the pandemic spreading through China was for her grandmother in Gilgandra. Credit:Louise Kennerley

Professor Stanley had expected to see more than 1000 cases, given what happened when 2009's H1N1 flu hit Australia. While only making up 3 per cent of the population, Indigenous Australians had constituted about 16 per cent of hospitalised cases of H1N1 and 12.2 per cent of H1N1 deaths, reported The Lancet journal in July. It warned then of the high rates of Indigenous people with multiple life threatening conditions.

Aware of what had happened in the past, Pat Turner, who is chief executive of National Aboriginal Community Controlled Health Organisation (NACCHO) said communities moved quickly to close down. In March, she wrote to state and federal leaders, including the Prime Minister, asking them to use their powers to order their closure of remote communities to stop visitors entering.

She warned of the high risk if the virus spread into overcrowded communities where many people had chronic conditions and health facilities were limited.

In Sydney, Teela Reid's first thoughts were for the safety of her grandmother and elders at home, "Oh my god, I've got to shut Gilgandra," she said. 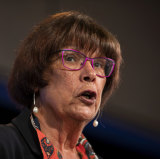 The NSW Land Council ordered 90,000 masks to be delivered to communities. Across Australia, more than 39 testing sites were recalibrated to deliver results within two hours.

Anne Dennis, the chief executive of the NSW Aboriginal Land Council, urged the public to reflect during NAIDOC week on perhaps the greatest achievement of the year for Indigenous peoples – "successfully preventing the spread of COVID-19 into our communities”.

In contrast to the loneliness suffered by many older Australians in aged care and at home, Aboriginal medical services continued to visit their elders. This included metropolitan areas where about 80 per cent of the Indigenous population lives.

A Tharawal Aboriginal Corporation in Sydney's south, a drive-in COVID-19 testing facility doubled as the place for elders to have masked consultations – and a yarn – with nurses and doctors in their cars. Uncle Tom, an amputee, arrived via his mobility scooter.

Telehealth use exploded across Indigenous communities to check on people and make sure they had their medicines. Tharawal's doctors and nurses continued visiting older people in the community, though sometimes in full PPE. 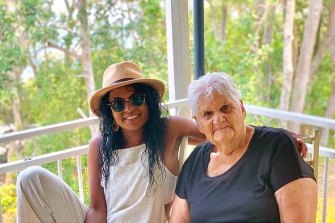 Teela Reid started a Facebook page and warned family and friends to keep their distance from elders, including her grandmother, Aunty Dawn (Stella Reid), in Gilgandra, to stop the spread of COVID.

"Our elders are number one, they are like gold," Darryl Wright, Tharawal's CEO, said.

She said success of the Indigenous response to the pandemic was "a real demonstration of our capacity, our competence and our commitment" to improve Indigenous lives and health.

"All of Australia has to realise that we do a much better job because we are there, and we've got the relationships." She urged governments to "get over the lack of trust".