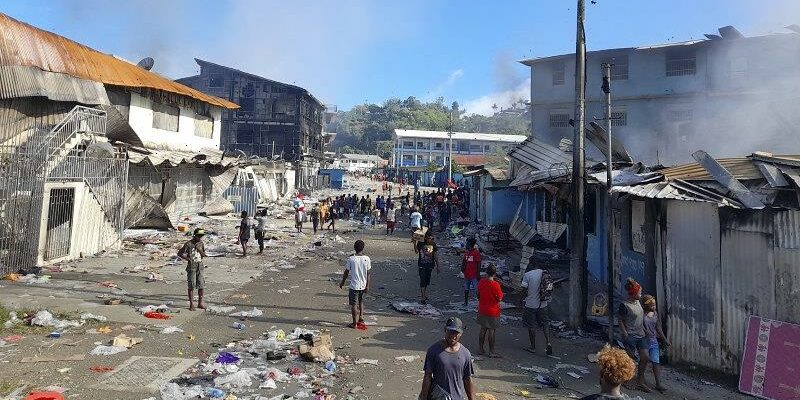 Honiara is on fire, the local high school has been looted, rioters have torched a timber company and protesters have vandalised Chinese-owned businesses. Why?

Honiara is on fire, the local high school has been looted, rioters have torched a timber company and protesters have vandalised dozens of Chinese-owned businesses.

Australian troops and federal police have just landed in the Solomon Islands after a request for assistance from its Prime Minister, Manasseh Sogavare. Sogavare is standing firm against the growing unrest, accusing his political rivals of sowing dissent and amplifying anti-Chinese sentiment while playing down the entrenched economic problems that have led to the country’s latest crisis.

“I’m not going to bow down to anyone,” Sogavare said on Friday. “The government is intact. We are going to defend democracy.”

So, what’s the cause of the conflict? What do China and Taiwan have to do with it? And why is Australia involved?

What’s behind the conflict?

The combination of ethnic and regional tensions between Honiara, the capital, and Malaita, its most populous province, were compounded by the economic impact of COVID-19.

Seven of every 10 Solomon Islands residents are aged under 30, there are limited employment opportunities and industries including logging and tourism have struggled to gain a foothold after years of civil unrest.

Young people are frustrated. They are taking it out on a government they believe has been captured by vested foreign interests and failed to deliver social services, while the inequality between the political elite and the majority of people grows wider.

“It really is already a situation that is delicate on any given day,” said Mihai Sora, a research fellow at the Lowy Institute and former Australian diplomat to the Solomon Islands. “So when you see someone mobilised, even if the intention is for it to be peaceful, people do get nervous. At some point during the course of events on Wednesday, the protests became something different.” 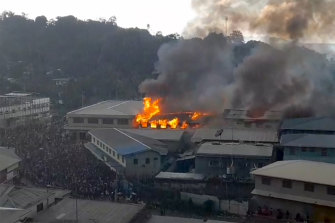 The country is still grappling with the legacy of “the tensions” period between 1998 and 2003, where murders, lawlessness, widespread extortion, and ineffective policing saw ethnic militias rise on the two main islands – Guadalcanal, where Honiara is located, and Malaita – resulting in prolonged cultural conflict and, eventually, an intervention by the Australian Defence Forces through the RAMSI (Regional Assistance Mission to the Solomon Islands) in 2003, which extended until 2017.

The political class in Guadalcanal and supporters of the Premier of Malaita, Daniel Suidani, are still at the centre of the conflict today. But it has also spread more widely to other parts of the community where people are frustrated with the government’s economic policies.

“It marks an inflection point. You now see a more heterogeneous crowd of people,” says Sora.

Sogavare, for his part, has dismissed the local concerns. The Prime Minister claims the tensions are the result of his political rival Suidani fuelling anti-Chinese Communist Party (CCP) sentiment after the Solomon Islands switched its diplomatic recognition from Taiwan to the People’s Republic of China in 2019.

“That’s the only issue,” he told the ABC on Friday. “They are discouraging the Solomon Islands to enter into diplomatic relations and to comply with international law and UN resolutions.” 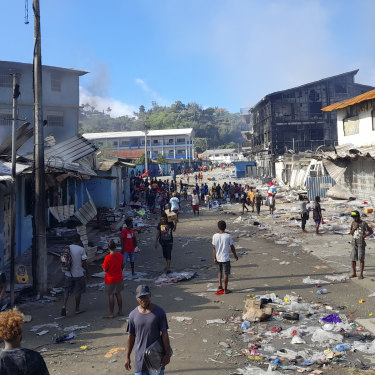 People walk through the looted streets of Chinatown in Honiara on November 26.Credit:AP

So, what are China and Taiwan’s role in the conflict?

The Solomon Islands became one of the last countries to switch its diplomatic allegiance from Taiwan to Beijing in 2019. The decision, which Sogavare’s government argued would result in greater economic aid from China and investment in infrastructure projects, also fuelled resentment in the community after MPs were allegedly offered hundreds of thousands of dollars by China in return for their support.

China regards democratic Taiwan as a province of the mainland, so a condition of establishing diplomatic ties with Beijing was a severing of all ties with Taipei. Australia and all other Western governments have had diplomatic relations with Beijing over Taipei for five decades.

But in Honiara, the sudden shift after decades of ties with Taiwan became a proxy for a broader dispute over the level of mainland Chinese investment in the struggling economy and the political class that was benefiting from it.

This, in turn, resulted in attacks on Chinese businesses this week, some of which have no political ties to either Taiwan or China. “Some of these families have been in Honiara, for generations,” says Sora.

“Typically, what we see is that the local Chinese community is an easy target. Even if there’s really no conclusive actual links to Beijing or to China, they are targeted in an opportunistic way. It is another factor that contributes to the fragility of the peace on any given day.”

Cleo Paskal, an associate fellow at the Asia-Pacific program at international affairs think tank Chatham House, said there was another factor at play in the highly religious country. “It is often presented as this financial thing,” she says. “But actually, in the context of the Solomons, for a lot of people because they’re very religious, it is a moral thing. They take Communism at its word and see it as an aggressively atheist system. That’s why it’s not simply financial.”

Suidani, the Malaita Premier, has also latched onto the geopolitical element of the conflict as a means of burnishing his national leadership credentials. The pro-Taiwan local premier travelled to Taipei to receive treatment for a suspected brain tumour in June, triggering a strong rebuke from the Chinese embassy in Honiara.

Suidani has since said he will refuse any Chinese investment in his province of 200,000 people and accused the CCP of foreign interference after pro-Sogavare MPs moved a vote of no-confidence in his government in his local legislature.

“The switch from Taiwan to China was a trigger,” says Anna Powles, an expert in Pacific defence and security studies at Massey University in New Zealand. “And this really fit into local dynamics in Malaita. It has a longstanding secessionist movement and this very much fed into it.”

International intervention has, to date, only made matters worse. “Washington gave a $US25-million aid package directly to the Malaita government, circumventing the central government and the processes that they would normally have to go through,” says Powles. “It was incredibly destabilising.” 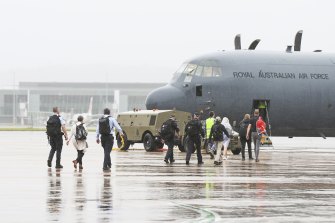 Why is Australia involved?

Sogavare on Thursday issued this request to Australian Prime Minister Scott Morrison as the situation spiralled out of the control of the local police forces.

Morrison says Australia will provide “stability and security to enable the normal constitutional processes” within the Solomon Islands to continue. “It is not the Australian government’s intention in any way to intervene in the internal affairs of the Solomon Islands, that is for them to resolve,” he says.

But Paskal believes that by stepping into the conflict, Australia cannot claim to be playing a neutral role. “I think the Australians got suckered into a very dubious position of now being perceived as doing Sogavare and the PRC’s [People’s Republic of China] heavy lifting in a situation where they’re going to be promoting the status quo, which is something that the vast majority of people in the country don’t want,” she says.

“By jumping into the middle of this right now, what Australia is doing is freezing the situation at the point of crisis.”

Sora disagrees. “It’s not the best way to have a transition. What needs to happen is the security situation needs to stabilise. The situation is tense right now. If there is a change of leadership at some point, that’s really for the people of the Solomon Islands to decide.”

Foreign Minister Marise Payne said on Friday that she expected Australian troops to only be on the ground “for a matter of weeks”. The last time a Solomon Islands leader requested help, in 2003, Australian forces were there for 14 years.