A NEW strain of Covid-19 is spreading across the UK – emerging barely a week after the vaccine was rolled out.

And as health chiefs reveal the new variant of coronavirus has caused at least 1,000 cases so far, mostly in South East England, questions have arisen over whether the vaccine can beat it. 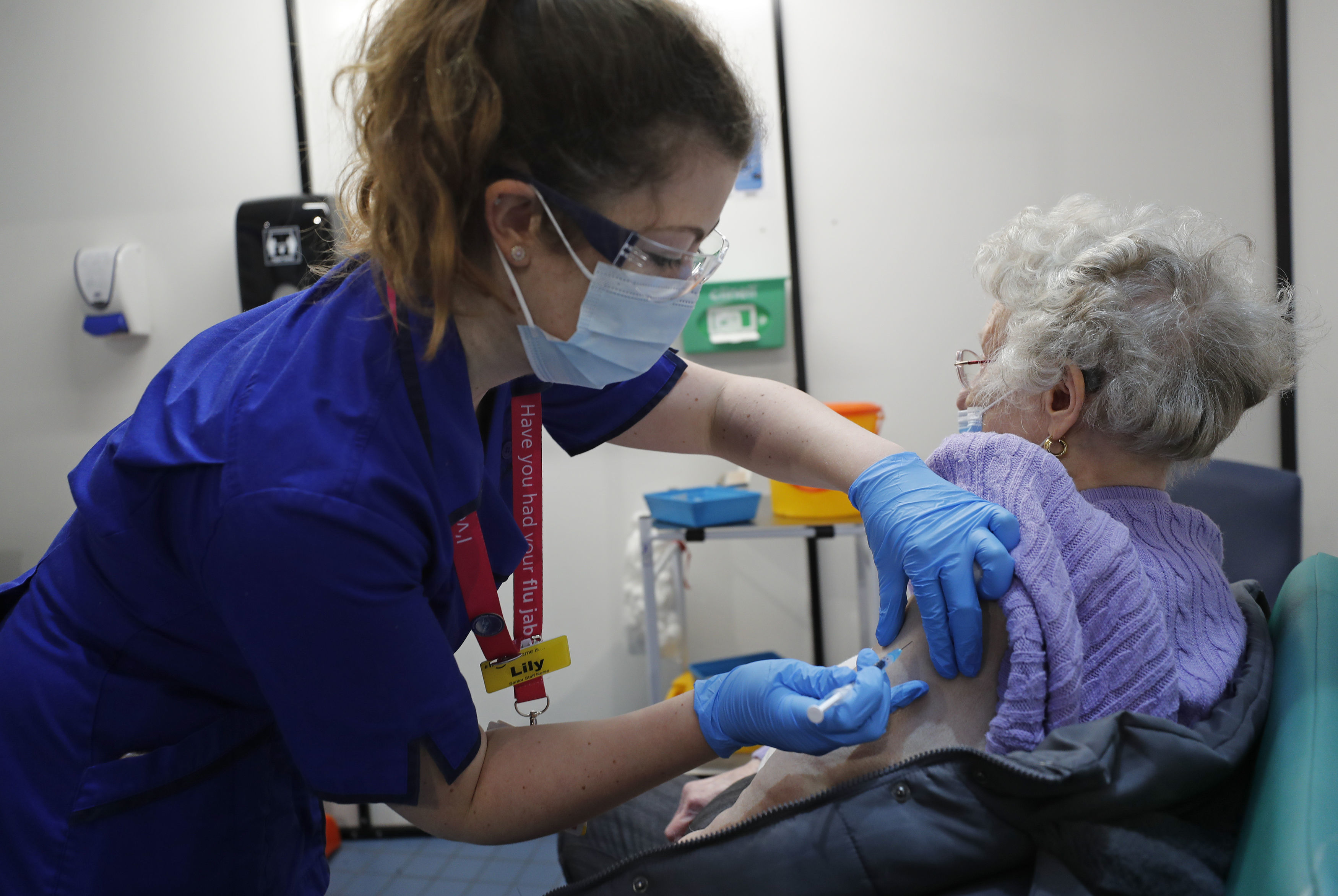 What is the new Covid strain?

It was first identified in September, according to scientists at COVID-19 Genomics UK Consortium (COG-UK), who have been working with Public Health England (PHE).

How fast is the new Covid strain spreading?

The new strain of coronavirus is feared to be 50 per cent more contagious.

A government source said: "What we do not know yet is whether the new strain is more or less likely to cause you harm, but what we have learnt is that it will pass to person to person much more easily and that is what we are really worried about."

And the Health Secretary Matt Hancock told MPs the variant may be fuelling the “faster spread” in South East England.

The numbers of cases linked with the latest strain are growing "rapidly", Mr Hancock said, as he urged everyone to stick to the Covid restrictions.

Ministers were told on December 11 the strain first popped up in Kent, Sky News reported.

Cases have been identified in Wales and Scotland, Professor Tom Connor, a member of COG-UK from the School of Biosciences, Cardiff University, said.

Kent is currently fighting an uphill battle with the disease, and has some of the highest Covid cases in the UK despite the toughest restrictions being in place since December 2.

London, parts of Essex and Herefordshire have now been moved into Tier 3 to cope with the “very sharp, exponential rises” in cases.

How dangerous is it?

Despite warnings that the new strain is fuelling the spread of coronavirus, experts have said there is no evidence it's more dangerous.

Alan McNally, Professor in Microbial Evolutionary Genomics at the University of Birmingham, told the BBC: "Let's not be hysterical. It doesn't mean it's more transmissible or more infectious or dangerous.

"It is something to keep an eye on."

He added: "It is important to keep a calm and rational perspective on the strain as this is normal virus evolution and we expect new variants to come and go and emerge over time".

Will the Covid vaccine work against the new strain?

The vaccine being rolled out in the NHS – from Pfizer and BioNTech – would not have been tested to see if it protects against this new strain.

And Professor Chris Whitty, the Chief Medical Officer for England, admitted in the long term, mutations can make the virus resistant to the vaccine.

But all Covid-19 jabs that have been developed focus on the same target – the spike protein on the surface of the virus.

And the Health Secretary said it was "highly unlikely" the new strain would make the vaccine ineffective – which other experts agreed with.

Scientists have weighed in to say that if needed, changing the vaccine would not be a difficult task.

What was the mink strain of Covid?

It's not the first time the UK has been warned of a new Covid strain.

Most recently strains of the coronavirus discovered in farmed mink threatened Europe's fight against the deadly disease.

Minks in Denmark were infected with the virus that causes Covid-19 following exposure from infected humans.

The World Health Organization said coronavirus strains infecting minks, which are subsequently transmitted to humans, may have acquired “unique combinations of mutations”.

Six countries – Denmark, the Netherlands, Spain, Sweden, Italy and the US – have reported the virus in farmed minks, dating back as far as June.

It triggered the cull of millions of farmed mink in Denmark after authorities found genetic changes they said might undermine the effectiveness of Covid-19 vaccines. 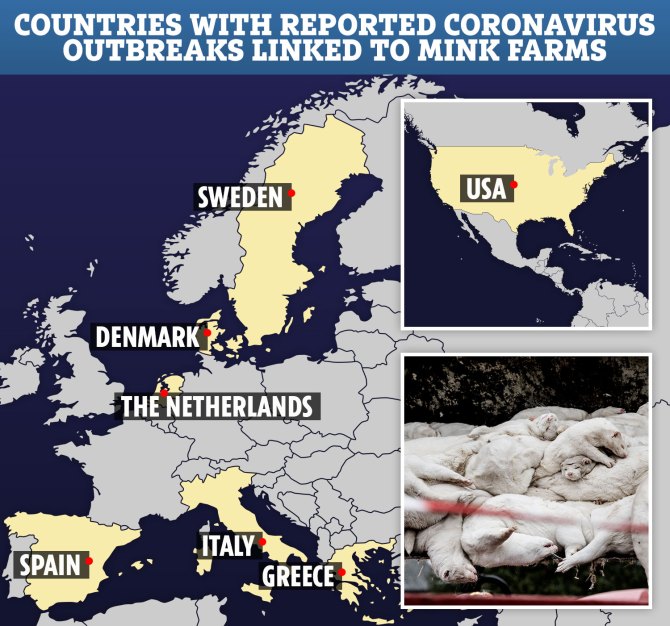 What other mutant Covid strains are there?

British scientists are monitoring 4,000 deadly strains of coronavirus already, with the understanding that there are tens of thousands of mutations since the virus first emerged a year ago.

Scientists from UCL, along with experts from Cirad, the Universite de la Reunion and the University of Oxford, recently published a review of strains that have been discovered so far.

They analysed a global dataset of virus genomes from 46,723 people, collected up until the end of July 2020.

The teams have so far identified 12,706 mutations in Sars-Cov-2 – the proper name for the coronavirus.

What is a mutation?

A mutation is a change in the virus’s genome, the set of genetic instructions that have all the information the virus needs to function.

When the virus makes contact with a host and starts to replicate, this set of instructions is copied, but mistakes can happen during this process.

Like all infectious agents Covid-19 mutates as it circulates within the human population, but this is often without any real consequence on the virus.

These mutations can often be linked to the shape of the spike protein of the virus.

The Covid-19 Genomics UK (Cog-UK) Consortium tracks new genetic variants as they spread and investigate if these changes lead to detectable changes in the behaviour of the virus or the severity of Covid-19 infections.

Most mutations that arise and spread have no detectable effect on the biology of the virus.

But a few have the potential to change both the biological behaviour of the virus and persist if they confer an advantage to the virus.

One specific variant (the D614G variant) has previously been detected and is thought to be the dominant strain in Europe before taking hold in the United States, Canada and Australia.

D614G "is believed to spread more easily but not cause greater illness", Dr Davidson said.

In October, experts said a new mutation from Spain may have triggered the second wave in the UK.

The 20A.EU1 strain was first detected in June in farm workers in Catalonia and Aragon, researchers led by University of Bern, in Switzerland, said.

The strain was responsible for 90 per cent of new infections in Spain in June, and may have spread across Europe due to tourists visiting the country.

In September and October, the new strain accounted for around 50 per cent of infections in the UK, the study claimed.