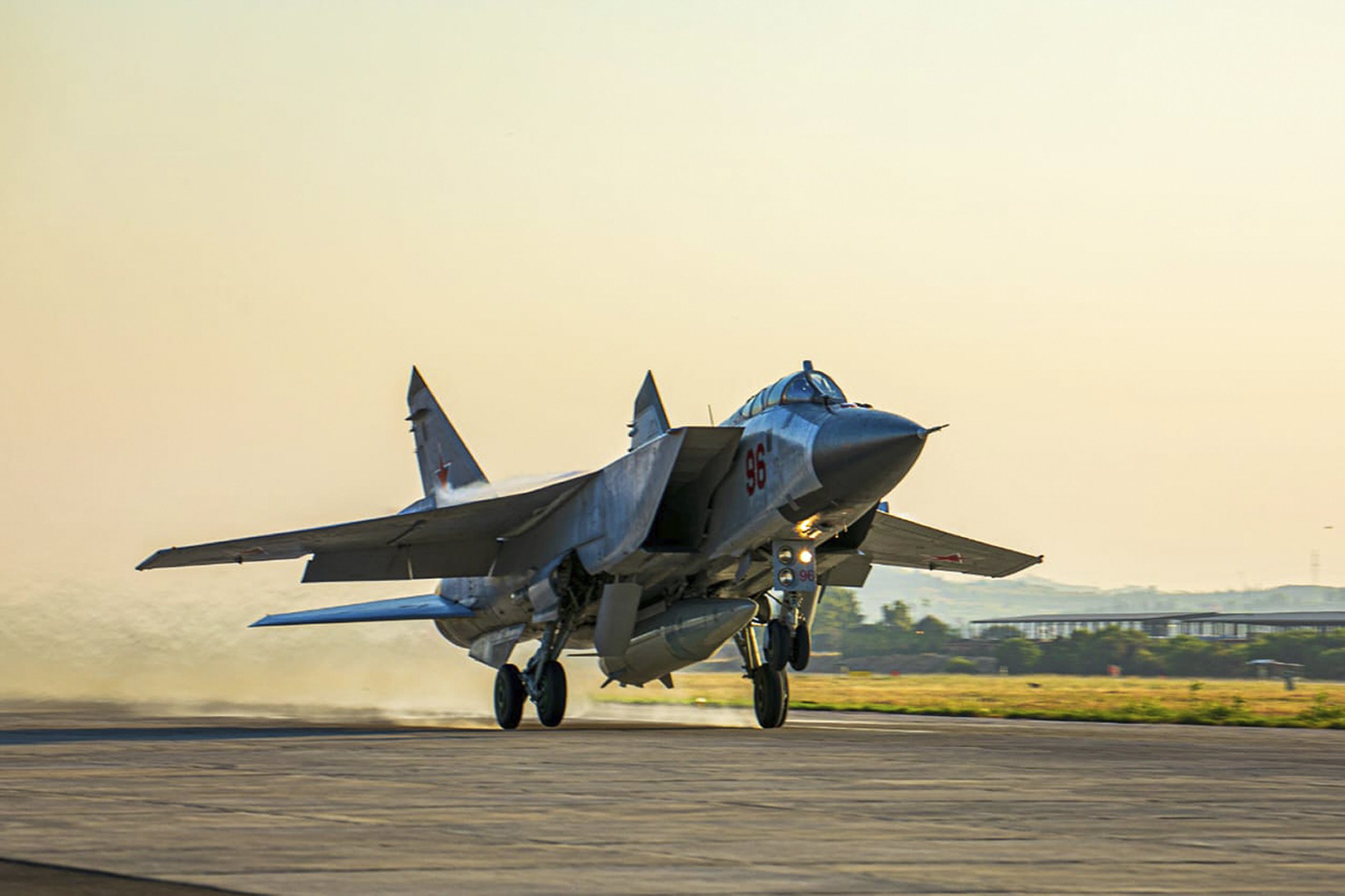 The Russian invasion of Ukraine has been ongoing since February 24 2022, with seemingly no end in sight.

The attack, ordered by Russian President Vladimir Putin, has seen millions of Ukranioans become refugees as they have fled the country to escape the violent conflict.

Ukraine has claimed that 112 children have been killed and even more wounded, as Russia states it has unleashed its ‘invincible’ Kinzhal missiles for the first time during the conflict.

The Kinzhal – otherwise known as the Dagger missile – is a type of hypersonic missile that Russia has had since 2018.

But what exactly is a hypersonic missile?

What is a hypersonic missile?

A hypersonic missile is a missile that travels faster than Mach 5, or 3,836mph.

They move five times faster than the speed of sound and unlike other missiles, they can manoeuvre on their way to their destination, making them very hard to track.

There is currently no way to stop or intercept them.

Hypersonic cruise missiles are propelled by a high-speed jet engine, while glide vehicles are launched high and propelled back through Earth’s atmosphere.

The Kinzhal used by Russia in Ukraine is an air-launched ballistic missile and can allegedly reach Mach 10, equivalent to more than 7,600mph.

The other hypersonic missiles that Russia has – the Zirkon and the Avangard – are both reportedly faster and have a far greater range.

President Putin boasted last December that Russia was leading the way in producing the ‘invincible’ hypersonic missiles, but experts say they are not as invincible as Putin claims.

‘It’s questionable that it’s so accurate, so it’s not a game-changer’, Dominika Kunertova of the Center for Security Studies in Zurich told the BBC.

‘It’s a sign of showmanship. Even if it’s used we should consider it as an isolated moment because Russia doesn’t have a large number of these missiles’ says Ms Kunertova.

‘It’s a signal to the West, because Putin is annoyed that the West is daring to shift all these weapons to Ukraine’ she continued.

This is a sentiment echoed by other experts, as James Acton – nuclear policy specialist at the Carnegie Endowment for International Peace – also said ‘I don’t view it as that significant.

‘I don’t know how much of an advantage Russia is getting from using hypersonic missiles.’

Russia-Ukraine war: Everything you need to know

Since Russia’s invasion of Ukraine began on February 24, the country has suffered widespread damages and loss of life amid a major bombing campaign.

Over three million people have fled, as Ukrainian cities face shortages of food, water, heat, and medicine – with thousands of British people opening up their homes to Ukrainian refugees.

And Russian President Vladimir Putin hasn’t shown any signs of calling off the attack anytime soon, despite reports that one-fifth of Russia’s army has been wiped out.