TRAINSPOTTING 2 actor Bradley Welsh, who played gangland kingpin Doyle, has died after being shot in the head near his home in Scotland.

What happened to the amateur boxing legend who was killed in Edinburgh? 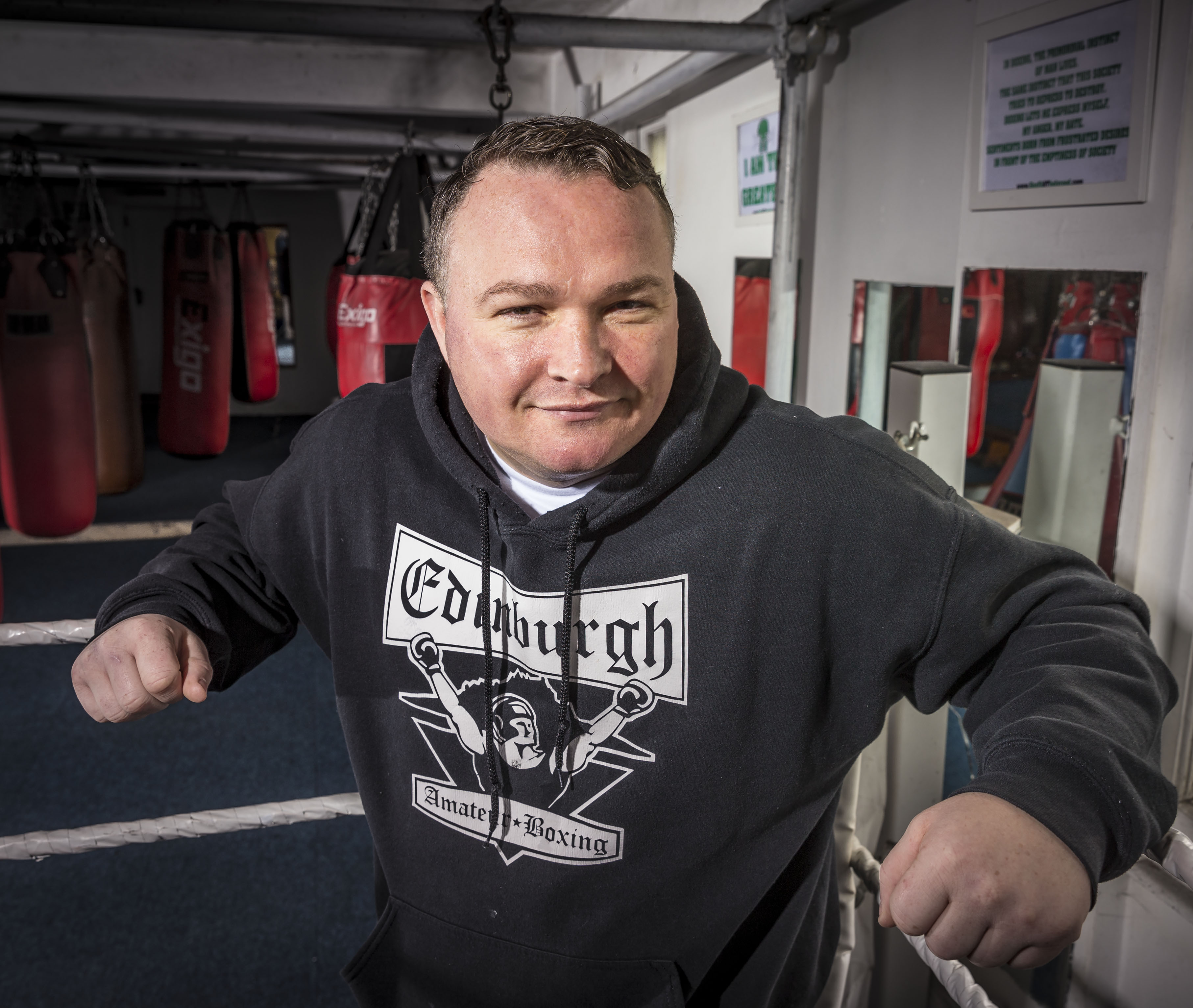 What happened to Bradley Welsh, the Trainspotting 2 star?

Bradley Welsh, 42, was gunned down in Chester Street, near his home in Edinburgh at about 8pm on April 17 following a "disturbance".

Cops said they were called to the street and found a man suffering serious injuries.

Armed cops were scrambled as paramedics battled to save Bradley, who was sadly pronounced dead at the scene.

Sources said he had suffered “life-threatening” wounds to the head.

A source added: “Bradley’s family members immediately raced to the scene after failing to reach him on his mobile phone.

“They were absolutely frantic with worry. A police family liaison officer arrived on scene to help comfort them.

“The paramedics were there but he died lying in the street, he didn’t even make it alive to hospital.”

Terrified locals were told to stay indoors as armed cops swooped on the street near Bradley's flat.

A woman, who did not want to be named, was in her flat across the road from the incident when she heard a "massive bang".

She added: "I was in the kitchen and heard a bang. I ran through to my boyfriend and said 'what was that?', because it sounded a little bit weird.

"Then there were loads of SWAT teams – the police were here super-quick."

A Police Scotland spokesman said: "We received a report of a disturbance in Chester Street at around 8pm on Wednesday 17th April.

"On arrival of emergency services a man was found seriously injured in the street and sadly passed away at the scene."

He added that Bradley's "death is being treated as suspicious and inquiries are continuing". 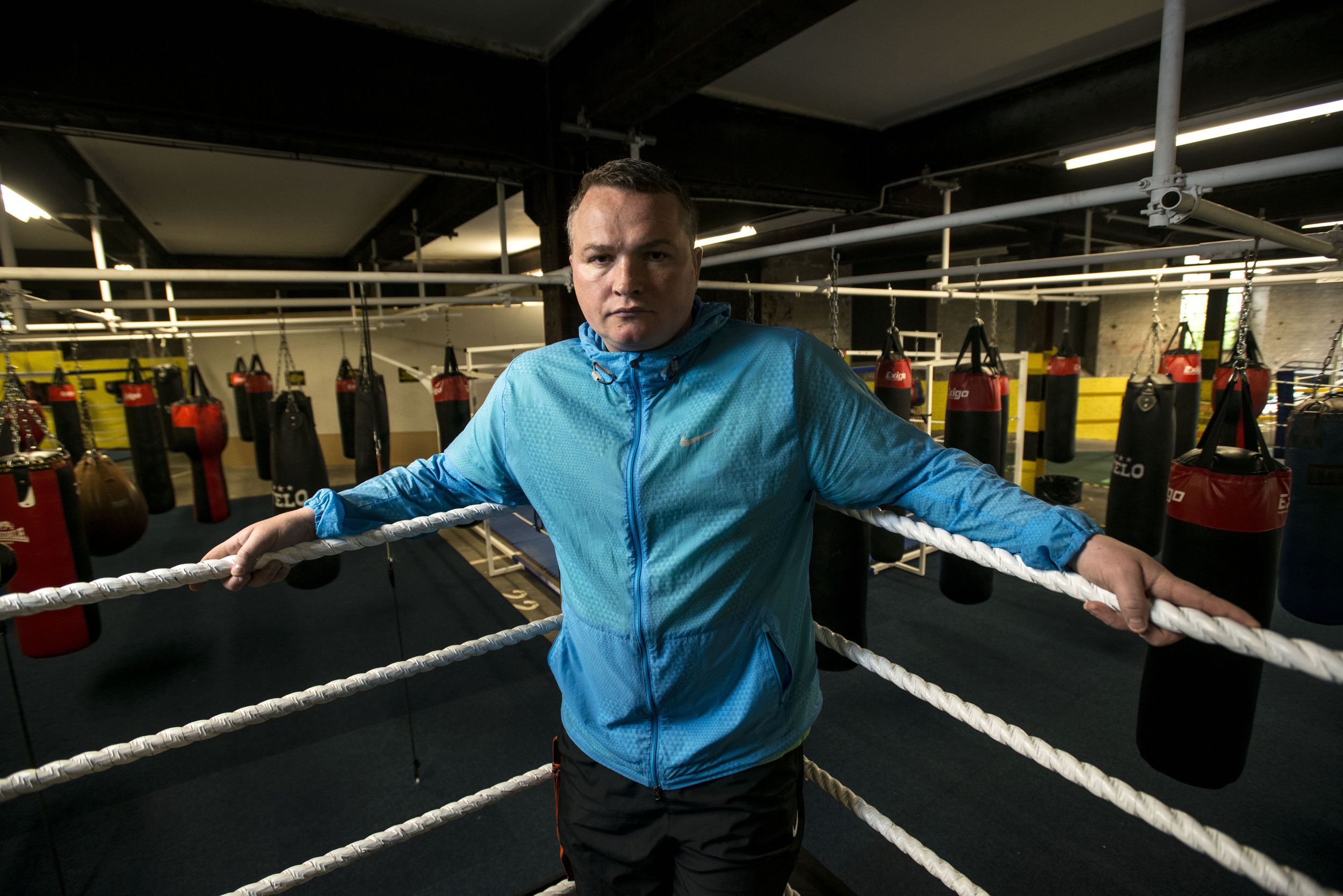 Who was Bradley Welsh?

His work at Holyrood Gym, running boxing and fitness classes for children, women, adults, the unemployed and the homeless, attracted the attention of Trainspotting author Irvine Welsh.

The actor also appeared in an episode of Danny Dyer's Deadliest Men.

Bradley was engaged to be married at the time he was killed.

In an interview with the Edinburgh Evening News, less than a week before he was shot dead, Bradley revealed that "his past is always with him".

Bradley spoke of spending his teenage years getting involved in protection rackets, before a spell in prison made him feel that being behind bars was for "imbeciles".

He saw boxing as "a way out of the ghetto".

Bradley said: "Boxing got me through the very hard periods where I went off the tracks." 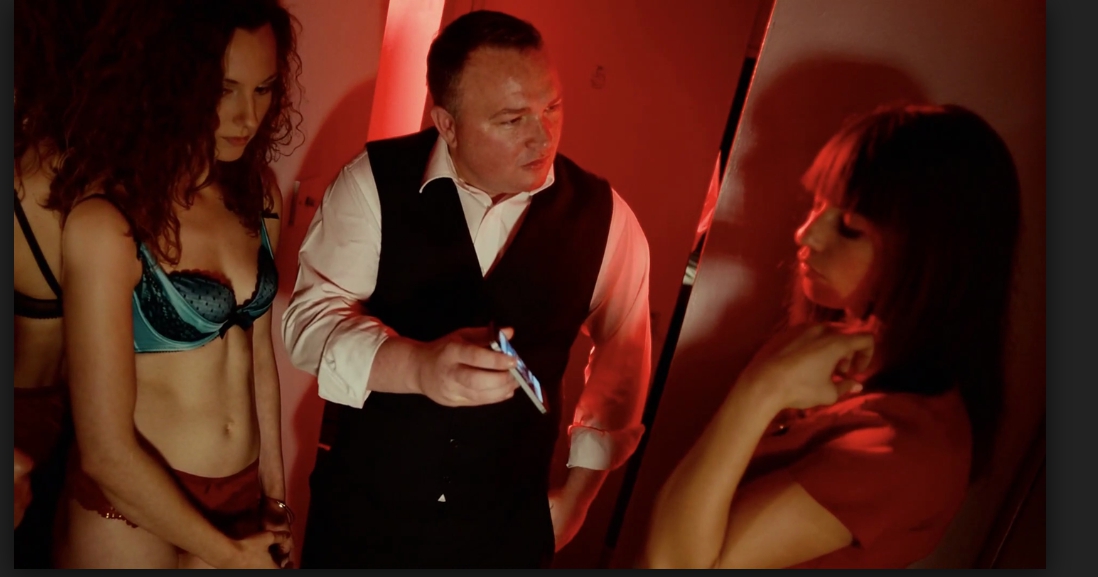 The former British ABA lightweight boxing champion, and Hibernian football fan, revealed he had no plans to pursue an acting career as he would be "typecast as a Scottish hard man".

Then aged 26, he was sentenced to four months at Edinburgh Sheriff Court after Sheriff John Horsburgh took into account his past record, including a four-year sentence, reported Herald Scotland.

While serving 18 months of the four-year term, the boxer trained hard and won the amateur title in 1993 upon his release.

He told Edinburgh Evening News in April 2019 that although boxing transformed his life, serving time "destroyed my mum, and I made her a promise".

He revealed that from ages 15 to 19 he got involved in "protection rackets, the security industry, I was a nightclub promoter… the mistake I made was shutting everybody else down".

He added: "However, the minute I landed in prison, I realised I was with a bunch of imbeciles.

"The things I did, they were wrong, but I understand why I did them, because I had f**k all.

"Of course, I regret them.

"I have a daughter and a wee boy who is like a son to me, and I want a better society."

The actor became involved in charity projects in Edinburgh, including helping young people to stay away from a life of crime through his Holyrood Boxing Gym.

Fraser Walker, chief operating officer of Boxing Scotland, said: "The Boxing Scotland family is extremely shocked and saddened by the sudden and tragic passing of Bradley.

"He was one-of-a-kind and will be sadly missed. Our thoughts and sympathy go out to Bradley's family at this extremely difficult time."

Trainspotting author Irvine Welsh said his heart was broken over the news.

The writer tweeted: "Bradley John Welsh, my heart is broken. Goodbye my amazing and beautiful friend.

"Thanks for making me a better person and helping me to see the world in a kinder and wiser way." 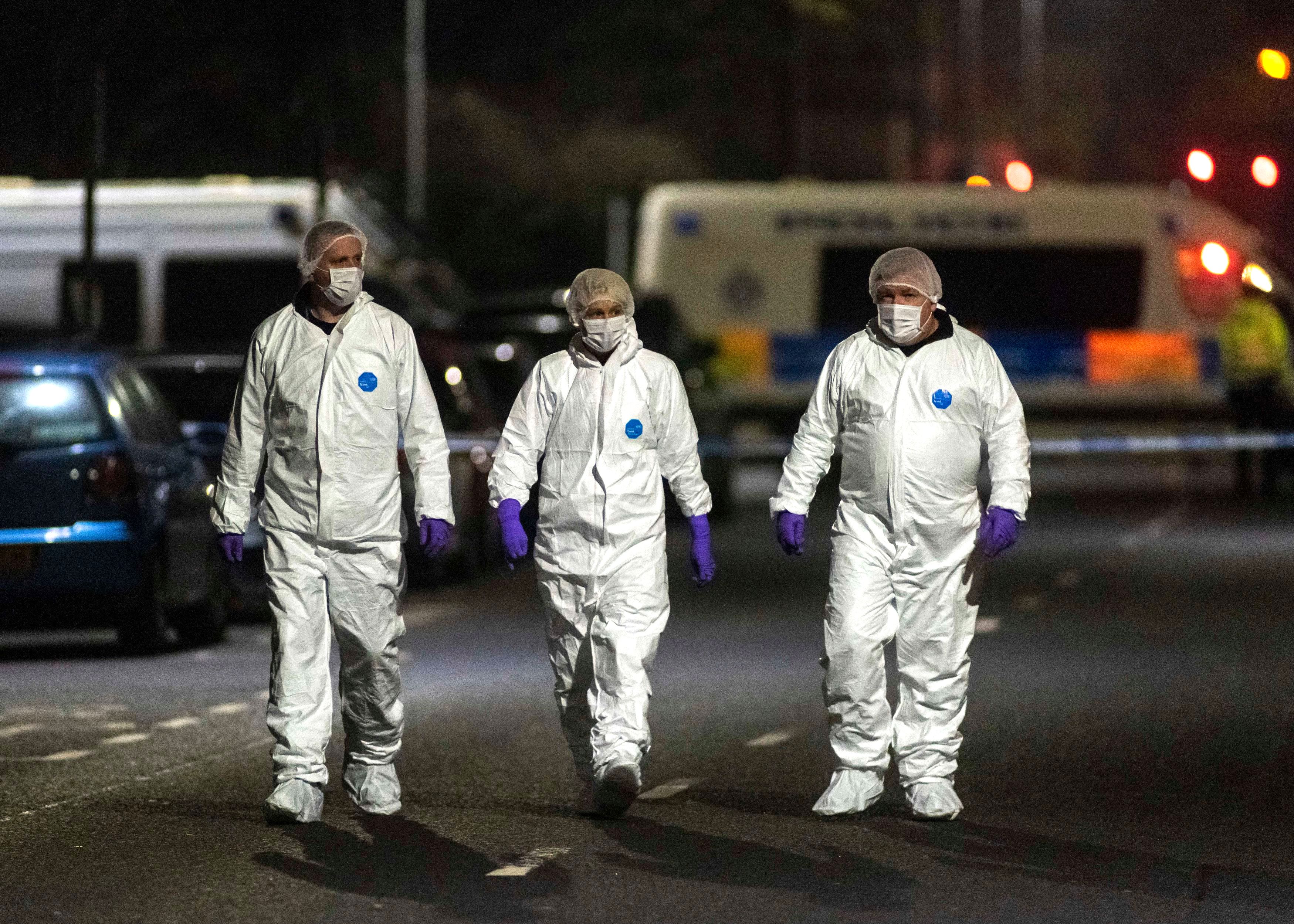 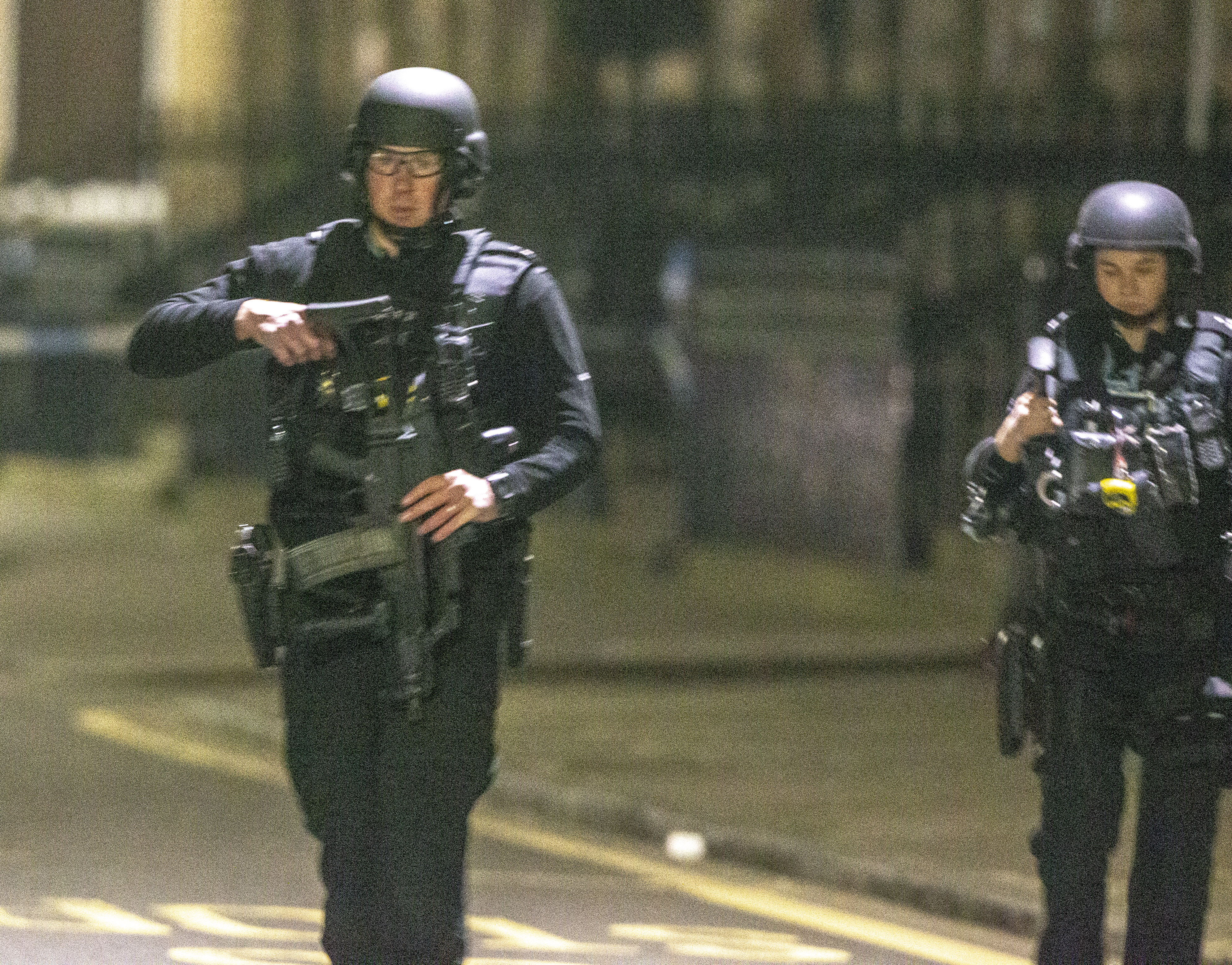 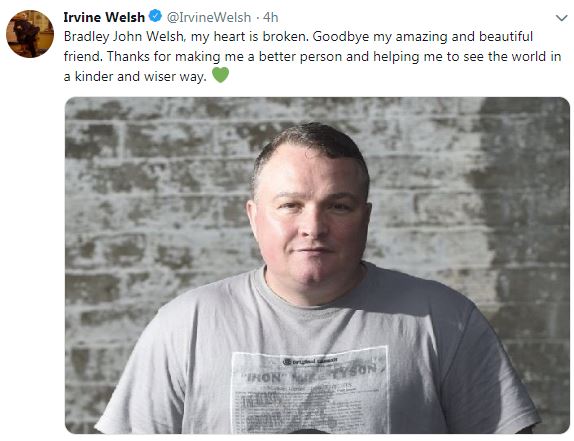