But what exactly did he say? Here's all you need to know… 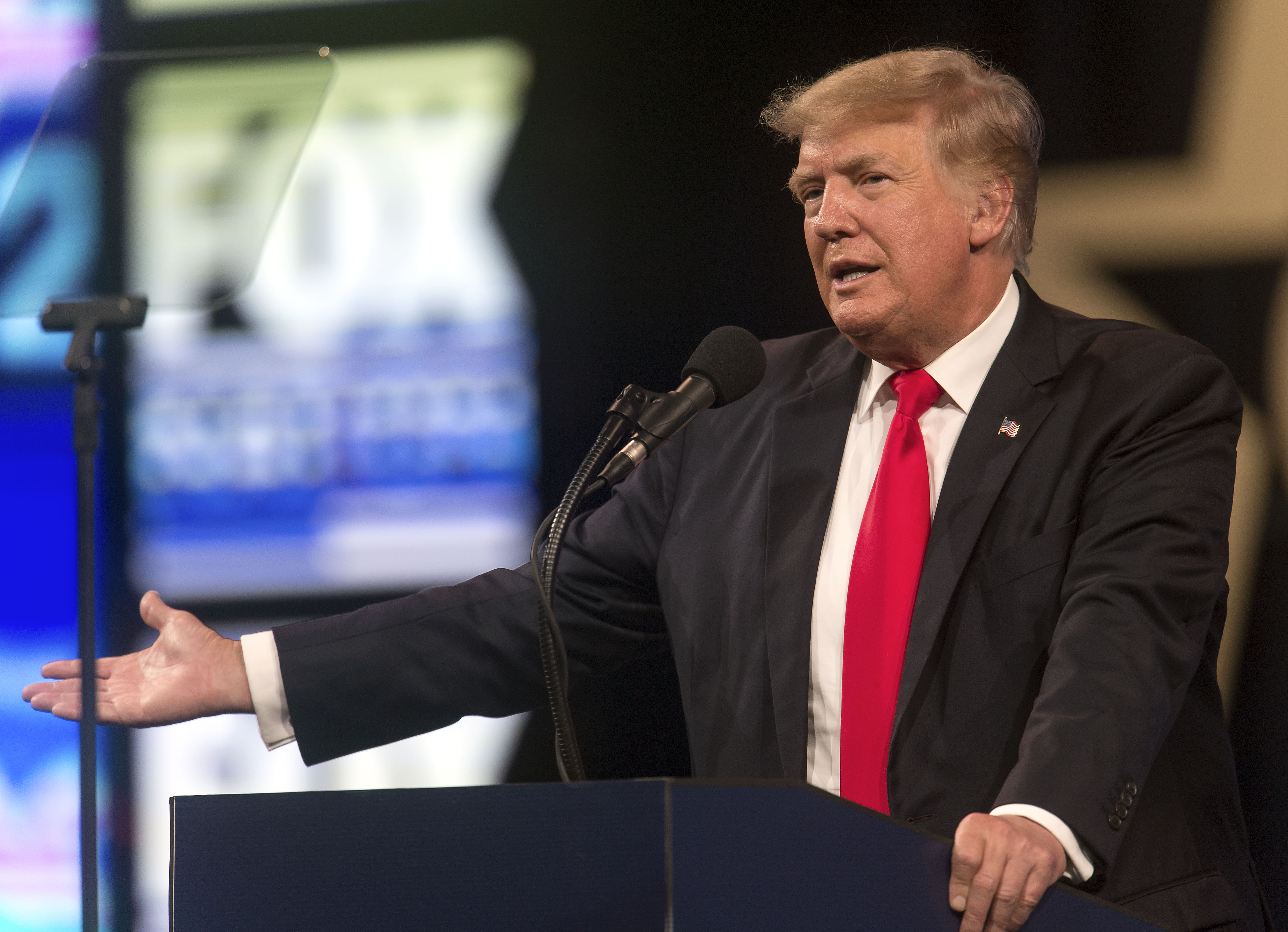 What did Donald Trump say in his CPAC speech?

During his CPAC speech, former President Donald Trump accused Facebook of "election meddling," slammed big tech, and repeated his unsubstantiated claims that the 2020 election was stolen from him.

He also blasted Democrats and tech giants throughout his speech, which lasted well over an hour.

“The radical left’s attack on free speech is unlawful, unconstitutional, and unamerican,” he said at one point.

“They want to take everybody down. They go too far. They’re like a spoiled child," Trump said.

Trump slammed the Biden administration for its handling of the immigration crisis.

He claimed that "illegal immigrants are being resettled around our cities and towns at the taxpayer's expense."

"When I was president, illegal alien criminals knew that if they crossed our border, they would be caught, they would be detained and sent to jail, or we would send them the hell back to where they came from," Trump added.

He called CPAC the "greatest political movement in the history of our country."

What did he say about running for President again?

While speaking to Sean Hannity, Trump said about a potential 2024 run: "I am looking at it very seriously, beyond seriously.

"From a legal standpoint, I don't really want to talk about it yet."

As the former president slammed the "rigged" 2020 election at the Conservative Political Action Conference on Sunday, a banner appeared across the Fox News report.

"THE VOTING SYSTEM COMPANIES HAVE DENIED THE VARIOUS ALLEGATIONS MADE BY PRESIDENT TRUMP AND HIS COUNSEL REGARDING THE 2020 ELECTION," the banner read, according to Daily Beast.

CNN reporter Oliver Darcy said the banner was on the screen for around 40 seconds.

Twitter Inc announced on January 8 that it had permanently suspended Trump’s account due to the risk of further incitement of violence following the storming of the US Capitol.

“After close review of recent Tweets from the @realDonaldTrump account and the context around them we have permanently suspended the account due to the risk of further incitement of violence,” the firm tweeted.

It was the first time Twitter has banned a head of state, the company confirmed.

Trump also repeatedly used Twitter and other platforms to wrongly claim his defeat in the November 3 election was due to widespread voter fraud.

He had shared other conspiracy theories, and had urged supporters to go to Washington on January 6, and march on the Capitol to protest the election result.

Following the failed coup of the Capitol and mass rioting by far-right supporters of Trump, social media platforms like Facebook and Instagram also blocked his accounts.