YANGON (Reuters) – As the world was focused on abortive efforts to begin repatriating hundreds of thousands of Rohingya refugees from Bangladesh to Myanmar last month, hundreds of their fellow Muslims still in Myanmar were boarding boats seeking to escape the country. 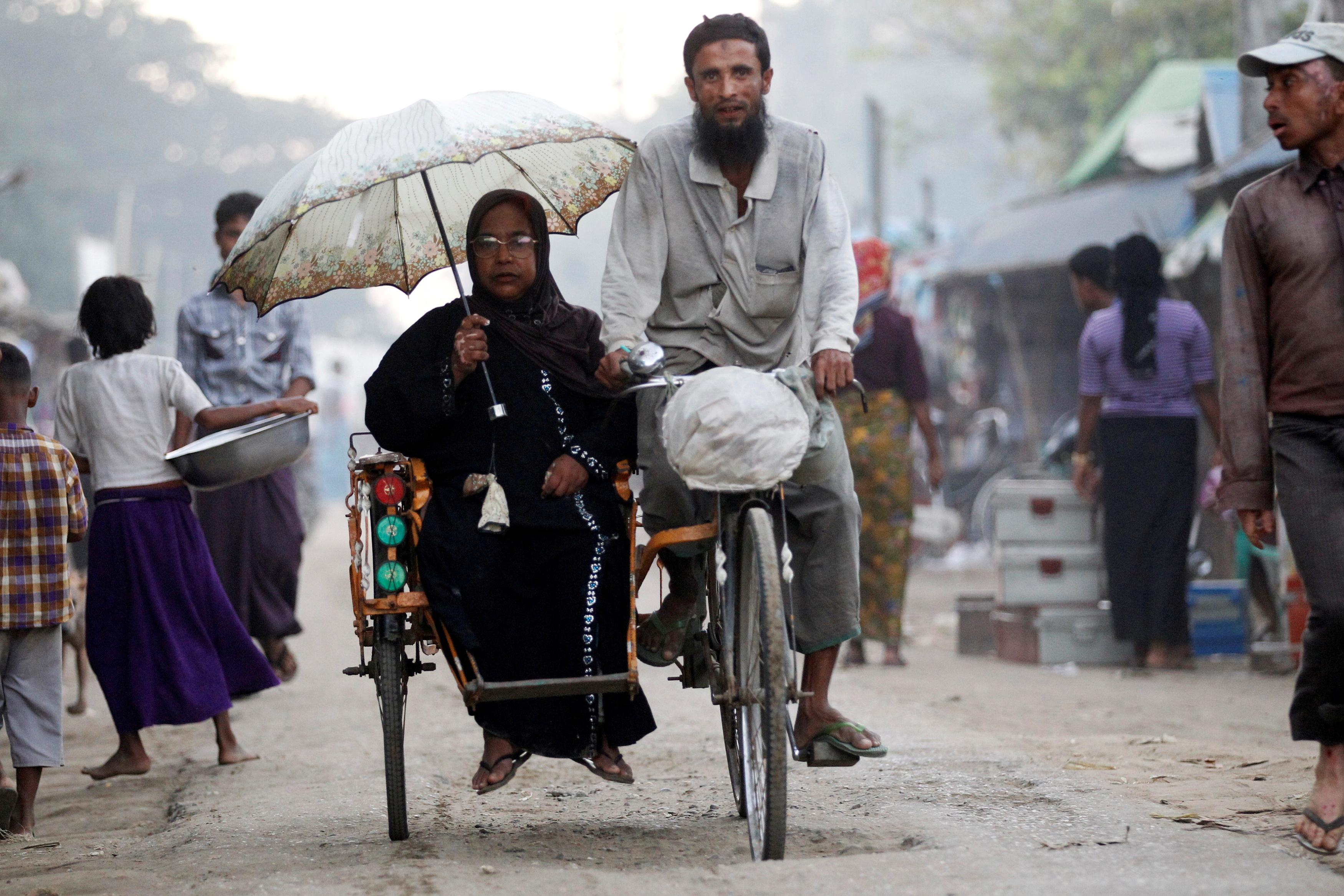 Their attempted flight cast the spotlight back on 128,000 Rohingya and other displaced Muslims still living in crowded camps in Myanmar’s western state of Rakhine, six years after Buddhist mobs razed most of their homes.

The government of Aung San Suu Kyi, under international pressure to address their plight, says it is now closing the camps on the grounds that doing so will help development and put the labor of camp residents to good use.

But Reuters interviews with more than a dozen residents from five camps and internal United Nations documents show the move simply means building new, more permanent homes next to the camps – rather than allowing them to return to the areas from which they fled – leaving their situation little changed.

Those that have moved into the new accommodation remain under the same severe movement restrictions as before, residents and staff working in the camps say. A network of official checkpoints and threats of violence by local Buddhists prevent Muslims from moving freely in Rakhine. As a result, those sources say, they are cut off from sources of livelihoods and most services, and reliant on humanitarian handouts.

“Yes, we moved to new houses – it’s correct to say (the camp is closed),” said Kyaw Aye, a community leader from a camp called Nidin, in central Rakhine. “But we’ll never be able to stand on our own feet because we can’t go anywhere.”

Reuters spoke to displaced Muslims in Rakhine by phone as reporters are denied independent access to the camps.

Myanmar’s Minister of Social Welfare, Relief and Resettlement Win Myat Aye said the government was working with the United Nations on a national strategy to close camps housing people forced out of their homes by violence in Rakhine and elsewhere, known as internally displaced persons or IDPs.

There were no legal restrictions on the movements of displaced people in Rakhine, as long as they accepted a so-called national verification card that also gives them equal access to healthcare and education, he said in a written response to Reuters’ questions.

Aid workers and Muslim residents say severe restrictions persist even on those who have accepted the identity card, which most Rohingya reject because they say it treats them as foreigners who have to prove their nationality.

The U.N. chief in Myanmar, Knut Ostby, warned in a Sept. 24 private note that the government’s plan for camp closures “risks further entrenching segregation while denying IDPs many of their fundamental human rights”.

That response would include recommendations that all displaced people be granted freedom of movement, were involved in planning their resettlement and could return to their homes or another place of their choosing, Ostby said.

Rohingya community leaders say that improving conditions for those still living in Rakhine is one of the keys to persuading the hundreds of thousands sheltering in refugee camps in Bangladesh to return.

Some 730,000 fled a military crackdown after attacks by Rohingya militants in August 2017. U.N.-mandated investigators have said the Myanmar military unleashed a campaign of killings, rape and arson with “genocidal intent”. Myanmar has denied almost all the accusations against its troops, who it says engaged in legitimate operations against terrorists.

Refugees baulked at a plan for repatriating them that was supposed to begin in mid-November, arguing that conditions were not right for return.

Meanwhile, at least three boats, each carrying scores of men, women and children, have departed from Rakhine for Malaysia since monsoon rains abated in October, following the hazardous maritime escape route used for years by Rohingya fleeing what they say is persecution in Myanmar.

“If they are making the choice to go by boat, it’s clear proof of the conditions in the IDP camps,” said Khin Maung, a Rohingya youth activist in Bangladesh.

He is in touch with fellow Muslims who are “living like prisoners” in the camps in central Rakhine, Khin Maung said. “If they are living like that how can we agree to go back?”

Win Myat Aye, the minister, said Myanmar was working to improve the lives of both the IDPs and potential returnees.

“I assume that the displaced people are leaving with boats because they (have) not fully understood what we arranged for their accommodations, livelihoods and socio-economic development,” he said.

One camp, among the 18 remaining in Rakhine, lies outside a central Rakhine town of Myebon, which was torn by communal violence in 2012.

The 3,000-strong Muslim community was expelled and put in the camp, known as Taungpaw, on a narrow strip between the now Buddhist-only town and the Bay of Bengal, in what was supposed to be a temporary arrangement.

This year authorities built 200 new houses on rice paddies next to the camp, despite concerns that the area was prone to flooding. They were inundated in early June. In September, the government also built two new buildings set to become Muslim-only schoolhouses.

“This is a sign the Rakhine state government is investing in permanent segregation rather than promoting integration,” said a previously unpublished memo dated Sept. 30 and circulated by U.N. officials setting out the concerns of aid workers operating in the camps. The U.N. said it did not comment on leaked documents.

Some Muslims in Myebon have Myanmar citizenship and others have accepted national verification cards. They say they still cannot visit the town, where communal tensions have stayed high since the 2012 violence. Rakhine Buddhists have at times blocked aid deliveries to the camp.

Aung Thar Kyaw, a leader among the Rakhine Buddhist community in Myebon, said the two communities were too different to live together, labeling Muslims “so aggressive”.

“The government already built them new homes so they don’t need to enter town,” he said.

Lei Lei Aye, an official in the Ministry of Social Welfare, Relief and Resettlement, referred questions about the specific concerns in Taungpaw to Rakhine state government officials, who could not be reached for comment.

Despite the humanitarian community’s efforts to convince Myanmar to change course, including by giving technical advice on camp closures, “the only scenario that is unfolding before our eyes is the implementation of a policy of apartheid with the permanent segregation of all Muslims, the vast majority of whom are stateless Rohingya, in central Rakhine,” said an internal “discussion note” prepared by the U.N.’s refugee agency in late September, first reported by Frontier Myanmar magazine and reviewed by Reuters.

Win Myat Aye said he was “not concerned” about such warnings because the government was progressing with its camp closure strategy in consultation with U.N. agencies, non-governmental groups and foreign diplomats.

The U.N. estimates humanitarian assistance in Rakhine will cost about $145 million next year.

Former residents of Nidin, about 100 km (62 miles) north of Taungpaw, told Reuters their situation had barely improved since state media declared the camp closed in August.

They are unable to return to Kyauktaw, the town where many lived and worked before the 2012 violence.

Tun Wai, a Rakhine Buddhist doctor in Kyauktaw, said Muslims could “go freely outside the town”. But if they try to return, he said, “they will be killed”.

Soe Lwin, deputy chief of the Kyauktaw police station, said Muslims “can’t enter the town”, but denied they would meet with violence. “We have the rule of law,” he said. 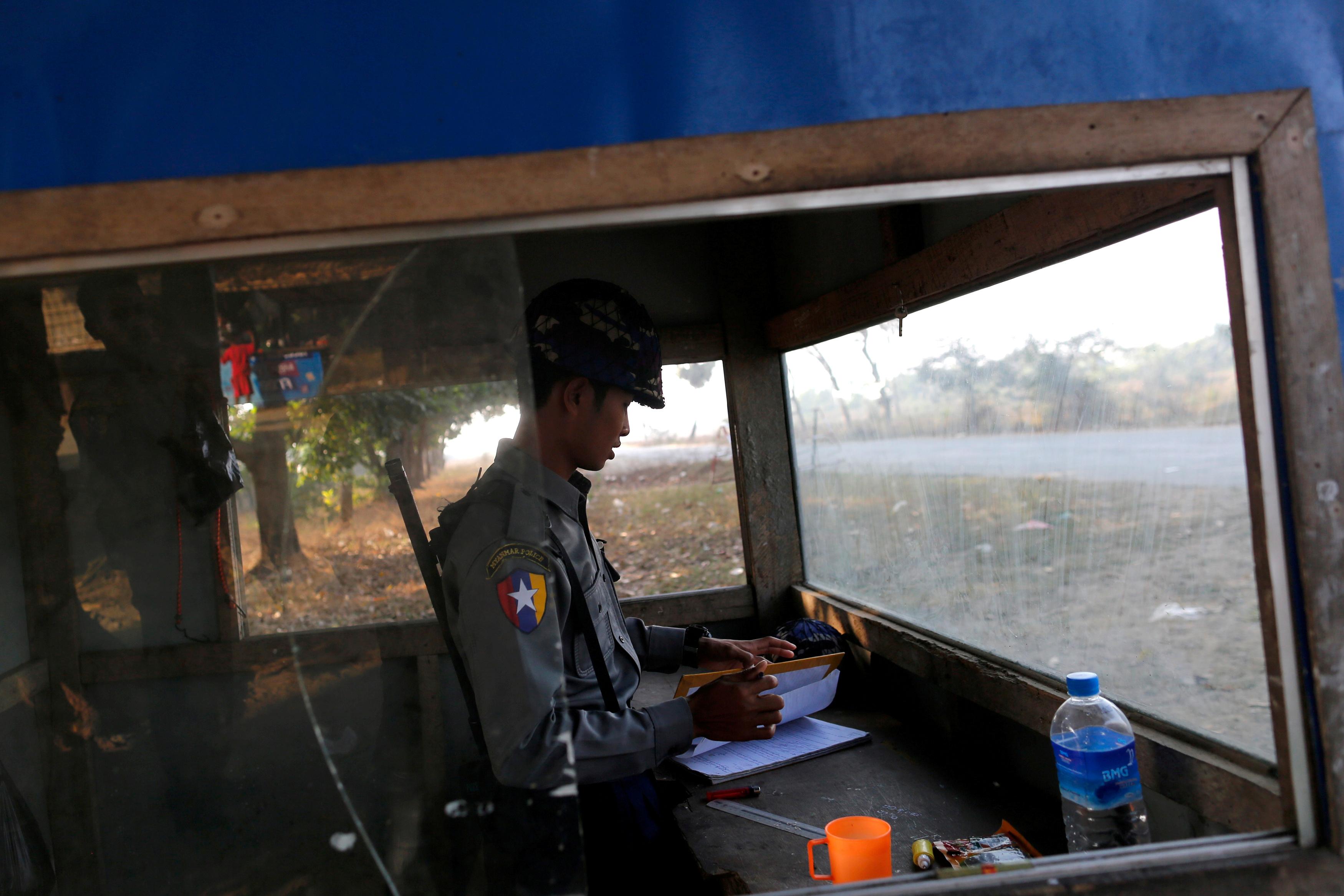 The Muslims now live marooned among rice paddies that do not belong to them. Rohingya fishermen say what they catch barely covers their rental costs as they do not own their equipment.

And with no clean water supply, children have contracted skin rashes from washing in agricultural run-off.

“We can’t even support our children because we don’t have income,” said former camp resident Khin Hla, 43. “Without aid, we would starve.”