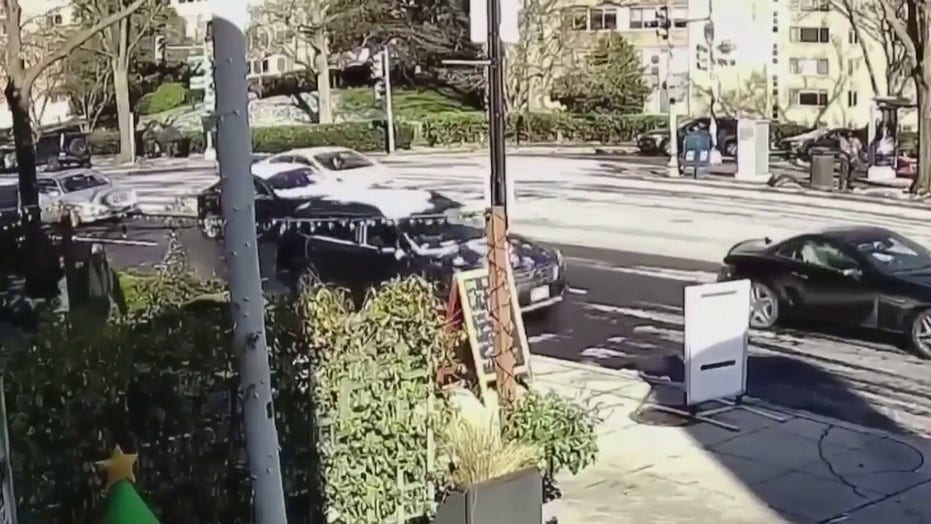 A Washington, D.C., councilmember’s vehicle has been stolen amid a surge in car thefts in the nation's capital.

Mary Cheh says her idling Subaru Outback was swiped Thursday afternoon when she "stopped by my neighborhood bakery for that I thought would just be a moment."

"These things can happen in an instant, they are crimes of opportunity, so I urge everyone to stay alert and take precautions — like double-checking that your car is locked, never leave it running, and using anti-theft devices," Cheh tweeted.

"I’d like to thank the very kind gentleman who found my phone (apparently it was tossed from the car) and waited outside," she added.

Surveillance video obtained by Fox 5 DC purportedly shows a Mercedes coming to a halt after driving by Cheh’s vehicle.

An unidentified individual then gets out of that car and enters Cheh’s Subaru before both vehicles speed off.

The Subaru, as of Friday, has not been located despite search efforts by police. Cheh says nobody was harmed in the incident.

The station reports that carjackings are also up 141 percent, as there have been 328 so far this year compared to just 136 in 2019.

"They travel the city and use these vehicles to commit other criminal acts," D.C. Police Patrol Chief Lamar Greene told Fox 5 DC.