The Golden State Warriors seem to have broken the Denver Nuggets.

Midway through Game 2 of their opening round playoff series — which the Warriors claimed in a blowout 126-106 win to take a 2-0 lead — they turned the Nuggets bench against each other.

During a timeout midway through the third quarter, with the Warriors up 10, the Nuggets snapped. Will Barton jumped right into DeMarcus Cousins’ face as the team was walking to the bench, and the two had to be separated while continuously chirping at each other for much of the break.

Their struggles hit a breaking point.

“Without getting into any details, no one wants to get embarrassed,” Nuggets coach Michael Malone said. “No one wants to get their ass kicked on national TV … I think it’s just frustration. DeMarcus, Will, our whole team, we have a close team so we just have to iron those things out.”

The Nuggets were in the game for a bit on Monday night, and held a brief 12-point lead in the second quarter at the Chase Center. That didn’t last long.

Golden State mounted a massive 16-0 run spanning nearly four minutes in the second quarter, and then pushed its lead to double digits in the third. By the time the fourth quarter came around, the Warriors held a 20-point lead and full control of the game.

The Nuggets were done. Golden State cruised to a 20-point win, its second straight blowout so far this series. Nikola Jokic was ejected in the fourth quarter after picking up his second technical of the night, too, which only added to Denver’s struggles.

Jokic finished with 26 points and 11 rebounds after shooting 9-of-20 from the field.

"I feel his frustration … but he has to find a way to play through that," Malone said, via The Denver Post's Mike Singer.

Stephen Curry led the Warriors with 34 points while shooting 12-of-17 off the bench, clearly not bothered by his lingering foot injury. Jordan Poole added 29 points and eight assists with five 3-pointers, and Klay Thompson dropped 21 points in the win.

Though things can change when moving to Denver for Games 3 and 4, the Warriors are clearly in full control of this series. 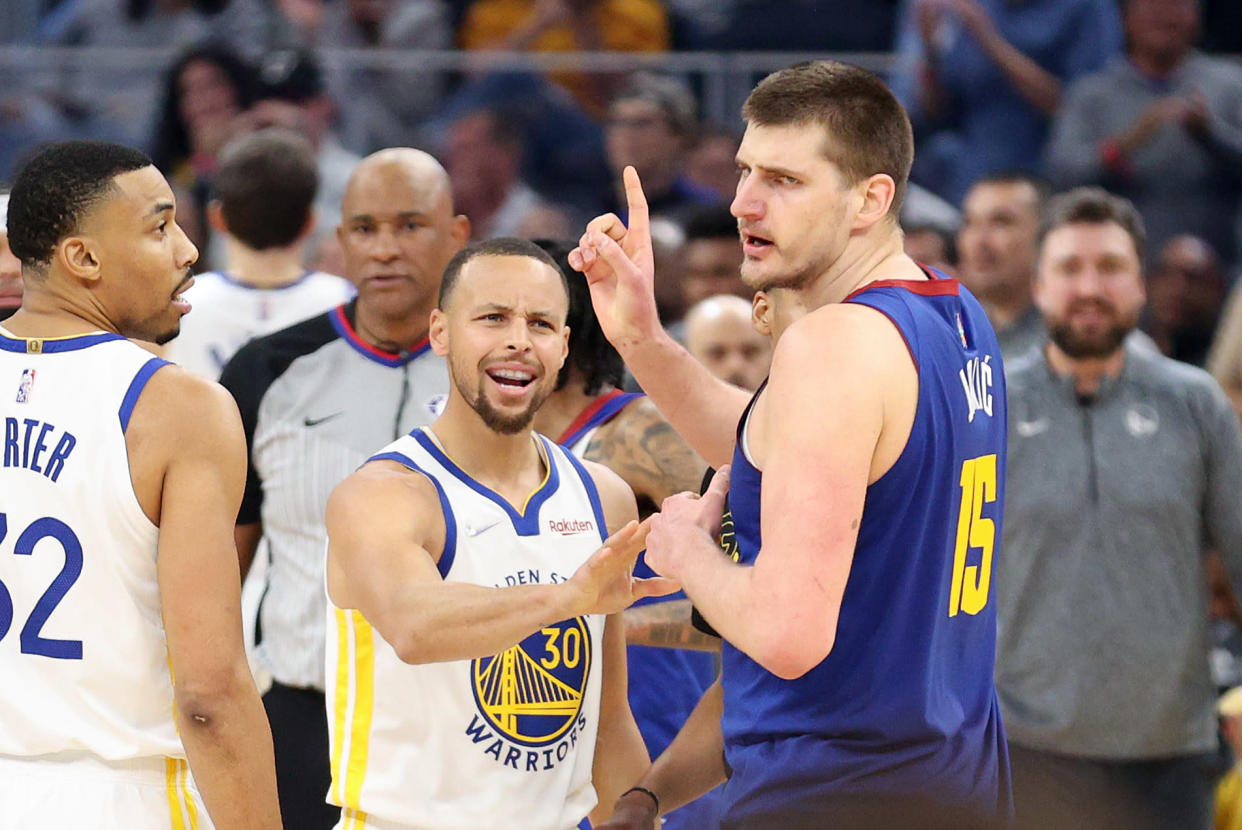