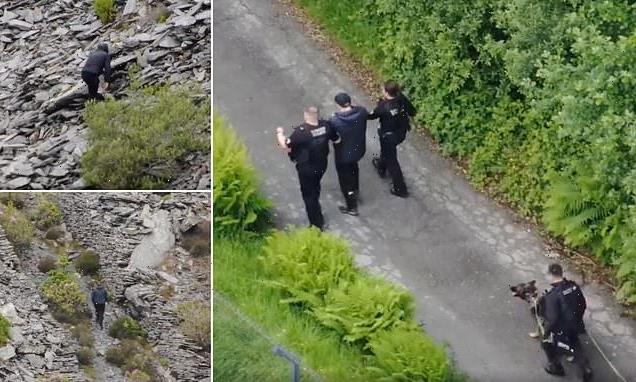 Caught by a DRONE: Wanted man is arrested by police after clambering up a massive slate heap as officers track him with their ‘eye in the sky’

A wanted man in North Wales tried to escape police by climbing up a slate heap – but was caught out by a drone.

The fugitive was trying to avoid arrest after being wanted by police on a recall to prison.

He attempted to run away from officers by clambering up a steep slate slope in Blaenau Ffestiniog, North Wales.

But he was snared when a drone managed to locate him just two minutes after it was launched.

Footage shows the hooded man using his hands and feet to climb up the hillside as the slate slips underneath him.

Thousands of huge pieces of sharp slate make the climb both difficult and dangerous – but it didn’t stop the determined man.

Pictured wearing a baseball cap, dark hoodie and black trousers he is seen crawling along the jagged terrain on his hands and knees as he tries to flee. 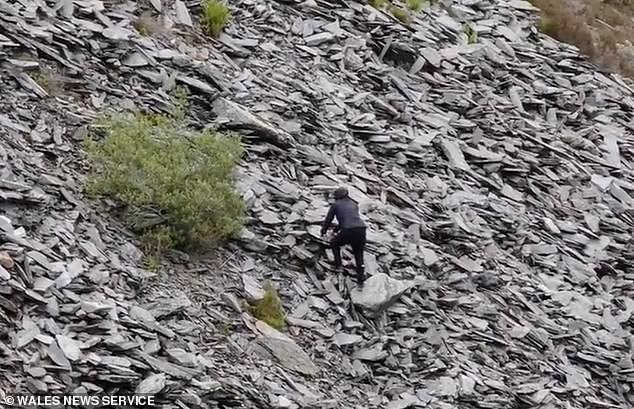 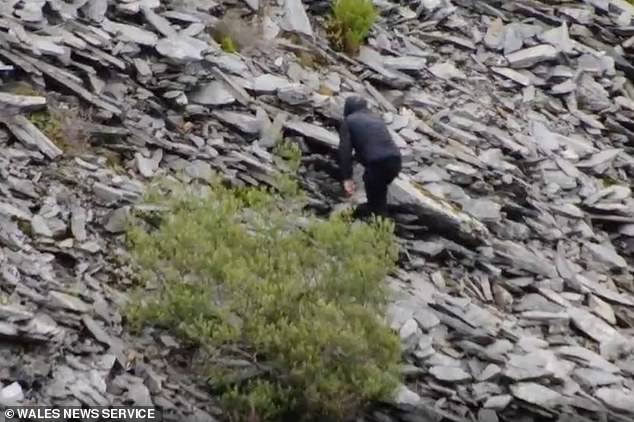 The man, who was pictured in black and dark grey clothing, headed for the old slate-mining area to try and evade the police sniffer dog 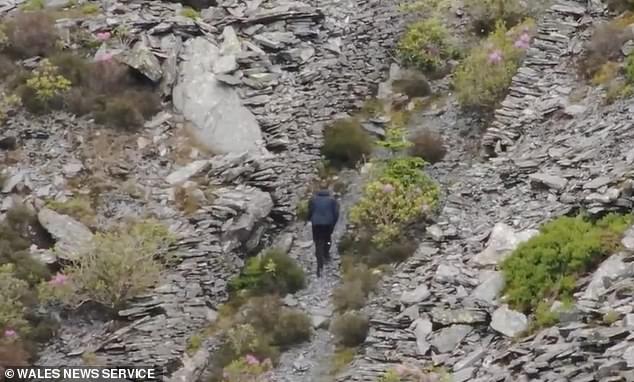 The drone followed his progress along a narrow edge on the slate heap in Blaenau Ffestiniog, North Wales after finding him in less than two minutes

But police were able to track his movements using the drone technology before officers on the ground and a police dog found him near woodland.

He was spotted climbing up on an abandoned stone building in a bid to escape the dog but was sniffed out.

The suspect was arrested and taken into custody following the drone mission. 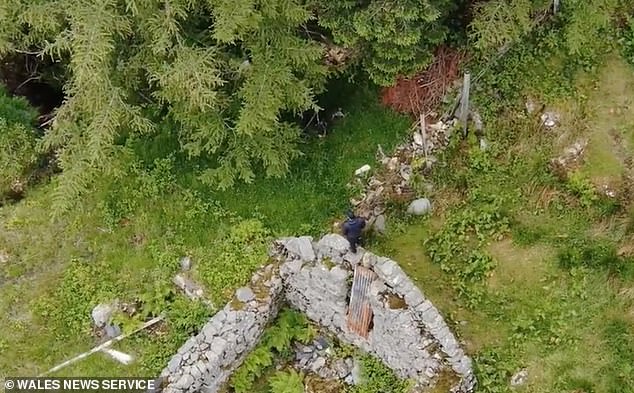 With the drone tracking him, officers easily caught up to the wanted man once he had left the slate heap and attempted to flee across the countryside 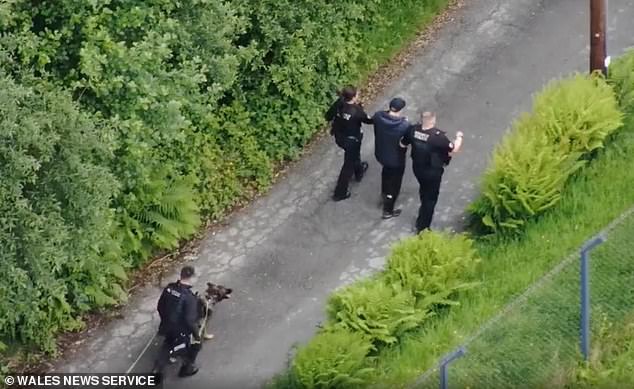 Despite attempts to evade the sniffer dog, three officers successfully arrested the man, who will now be taken back to prison

A North Wales Police spokesman posted: ‘This is the moment a wanted man, who had fled officers in Blaenau Ffestiniog was caught.

‘Our Drone Officer spotted him, and directed the Dog Handler and local officers to him to secure his capture. #TeamworkMakesTheDreamWork’

Blaenau Ffestiniog is a UNESCO World Heritage site for its role in the mining and export of slate in the late 1800s – with much of the landscape frozen in time.

As well as the name of a town in the area, it is also home to many tourist attractions from beautiful scenery to walking trails and 14 mountain biking trails.

It is home to ZipWorld, which boasts the longest zip wire in the whole of Europe, as well as the fastest zipwire in the world.

The area is known for the many slate heaps and abandoned slate mines hidden across the wild landscape.