This is the horrifying moment where vans and cars were seen smashing into each other at a crematorium in South Wales on Friday 5 August.

Armed police and a helicopter rushed to Morriston Cemetery, Swansea, after a witness filming the brawl called 999.

Two people were injured in the violent confrontation and three were arrested by South Wales Police.

One person remains in hospital while another has been discharged, according to Wales Online.

All three suspects are on bail and awaiting further investigations.

Violent shouting, threatening language and screaming can be heard over the footage while large vehicles ripped up the graveyard.

A baby blue Fiat 500 was videoed cutting up the grass and whizzing through the cemetery.

Two white cars also collided with each other head-on. 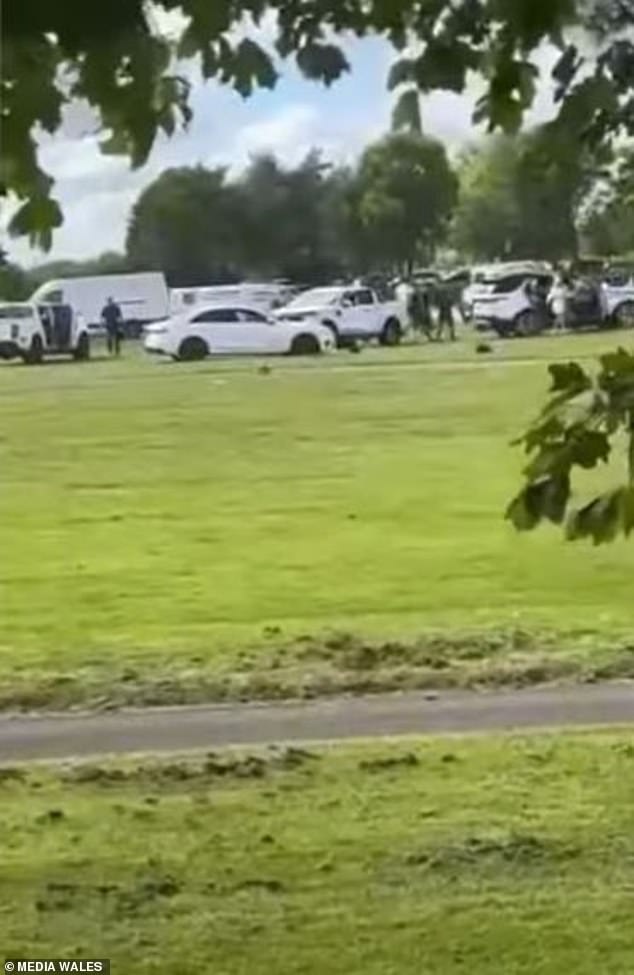 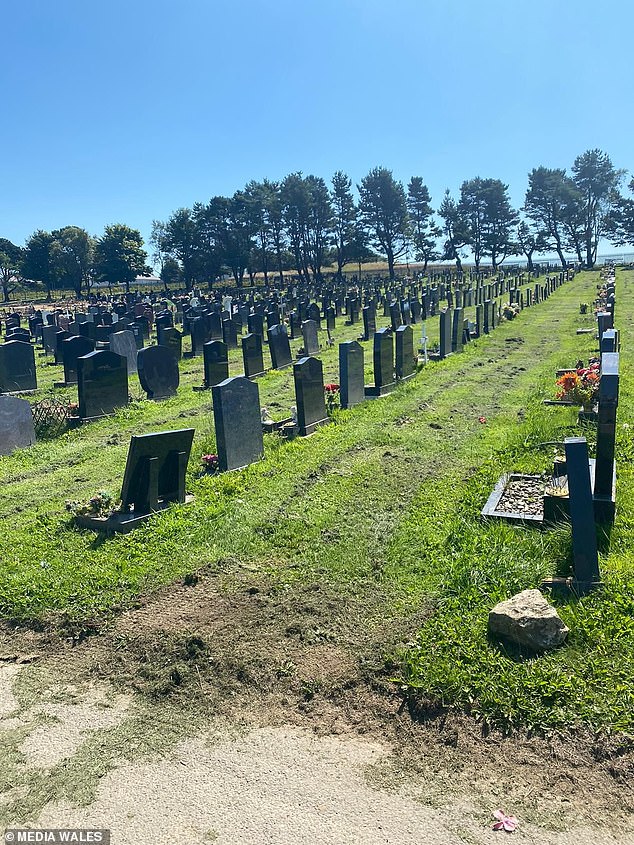 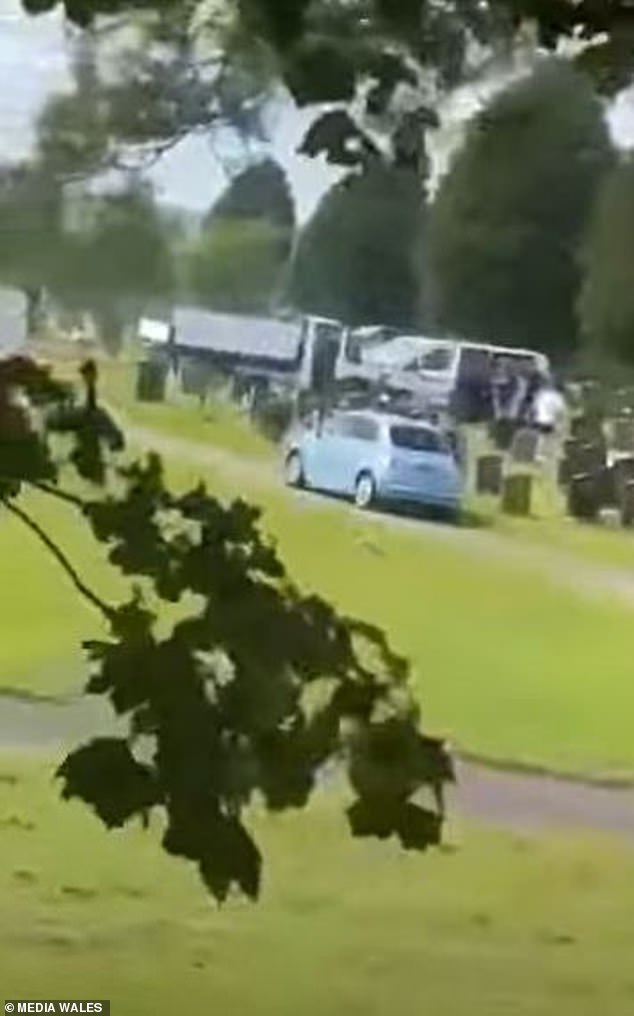 Deep tyre marks dug into the grass can still be found between the rows of headstones.

One witness said: ‘People are smashing things, they’re tearing around. You need to come quickly. The whole graveyard is being smashed to pieces.’

It is not known why the fight broke out.

South Wales Police chief inspector Stuart Johnson said: ‘This incident left two people with serious injuries and whilst we have already made a number of arrests I appeal for anyone who has any information about what happened to come forward and speak to us.

‘We are continuing our investigation into the circumstances surrounding the incident however, I am keen to hear from anyone who was in the cemetery at the time of the altercation that has any mobile phone footage or dashcam footage that would assist with our enquiries.’