A West Australian man who brutally choked his neighbour to death after she showed him “nothing but kindness” will spend a minimum 20 years of a life sentence in jail after WA Supreme Court Justice Stephen Hall found the killing to be among the most serious of its kind.

Darren Chalmers, 53, pleaded guilty to murdering 60-year-old retired music teacher Dianne Barrett in his lounge room on May 12, 2019, after sharing a meal at her house two doors along Ridley Way, Medina, before she accompanied him home for a cup of tea. 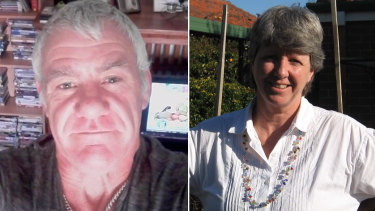 Chalmers has also been linked to a similar cold-case murder in Victoria, where he earlier lived.

Justice Hall, who recently oversaw the Claremont killer trial, said while it wasn’t “a clear-eyed predetermined murder”, Chalmers’ act of jumping on Ms Barrett and using an iron bar across her neck pressed down with both knees to choke her for three minutes was “a callous and senseless act of unprovoked violence”.

“She would have known that she was dying and her suffering would have been significant,” Justice Hall said.

Although Chalmers wrote a letter apologising to Ms Barrett’s family and friends, which was read out in court during the sentencing, he was not permitted by Justice Hall to verbally apologise.

“I’m sorry for the pain I have put you all through. I’m not a bad person but I have made a bad choice.”

Chalmers went on to explain he had been sexually abused as a child, which defence lawyer Sean O’Sullivan said occurred when he became a ward of the state in Victoria after the separation of his parents.

Justice Hall said Chalmers’ feelings of worthlessness, abandonment, and violence in past relationships showed he was “harbouring rage against women”.

He said any remorse shown was “very late” and should be contrasted by Chalmers’ immediate actions of treating Ms Barrett’s body with disrespect by dumping it in remote bushland and cleaning up all evidence in order to frustrate the police investigation.

“Proving your only concern was for yourself,” Justice Hall said.

Ms Barrett had previously denied Chalmers a sexual relationship, which was a “dead issue” on the night of her murder.

But the remains were so badly decomposed she had to be identified by dental records and the cause of death was unable to be determined by forensic pathologist Dr Daniel Moss.

Mr O’Sullivan said Chalmers had a long-standing methylamphetamine addiction and had been taking the drug for a week, with no sleep, when he injected a significant amount on the night of the murder and entered a “methylamphetamine rage, [where] there’s really no trigger”.

Neighbours alerted police to Ms Barrett’s disappearance in late May and her dog was found a week later locked inside her house without food or water, with the lights and television left on.

She was last seen alive at Bunnings buying flowers for her elderly mother.

Ms Barrett’s sister Kathy Phelan was in court but did not provide a victim impact statement.

However, outside court, she told Nine News Perth: “My beautiful mum died last week which is sad, but I’m happy because I believe as a Christian that she’s up there in heaven with her daughter Dianne.

“If she could see someone struggling for whatever reason she would help if she could.”

Chalmers has also been questioned over the brutal death of young Geelong woman Annette Steward almost three decades ago.

The mother-of-two was found dead by a male friend inside her bedroom at her home in Hope Street, Geelong West, on March 18, 1992, two weeks before her 30th birthday.

An autopsy revealed she died as a result of strangulation, police said in 2015. 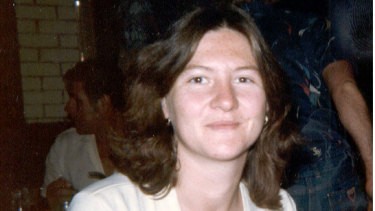 Ms Steward had two children and worked in a Geelong ammunition factory at the time of her death.

Her daughter, Jacinta, was 13 when her mother died, and her son, Aaron, was 10 years old.

Victoria Police worked with WA Police to speak to Chalmers after his arrest in January last year, with a spokeswoman telling this masthead in August detectives had plans to charge Chalmers.

“His transfer to Victoria will be sought at an appropriate time,” she said at the time.