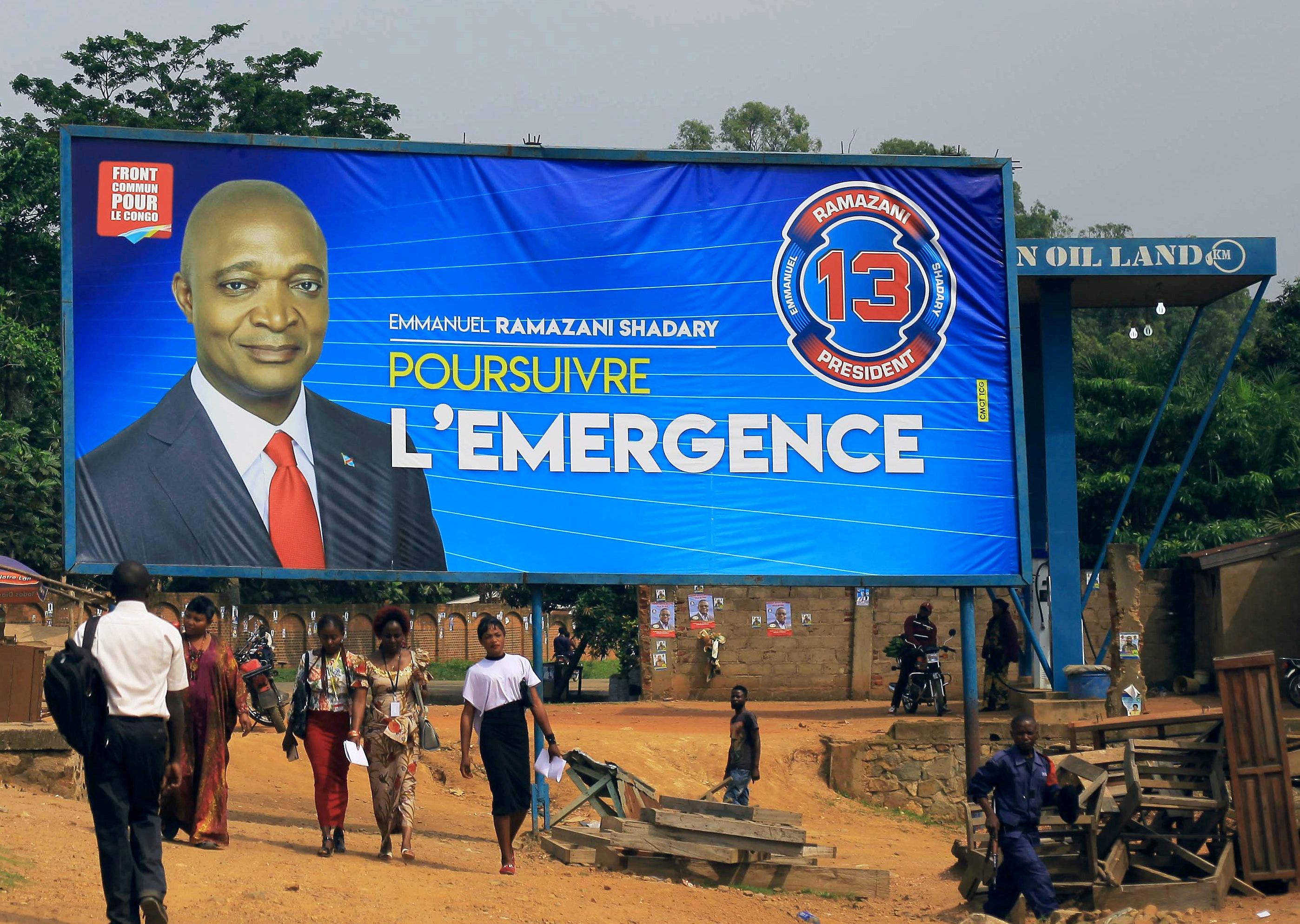 KINSHASA (Reuters) – Democratic Republic of Congo will delay polling in Sunday’s elections in three cities until March, officials said, meaning votes in the opposition-leaning districts will not be taken into account in the key presidential contest.

The cities concerned are Beni and Butembo in the east, which have been dealing with an Ebola outbreak since August, and Yumbi in the west, where more than 100 people were killed in ethnic violence last week. The delay also applies to rural areas outside Beni.

Voting will go ahead elsewhere in the vast central African nation on Sunday as planned, the state-controlled electoral commission (CENI) said in a statement. Final results for the presidential vote will be announced on Jan. 15, with the new president sworn in on Jan. 18.

Explaining the delay, the CENI cited “the persistence of the Ebola epidemic that continues to dangerously strike the electoral districts of Beni, the city of Beni and the city of Butembo…as well as the terrorist threat that lingers in the region”.

Beni and Butembo are known as bastions of opposition to outgoing President Joseph Kabila, who is supporting his former interior minister, Emmanuel Ramazani Shadary, in the race.

Leading opposition candidate Martin Fayulu had warned the CENI against any move to shelve voting in Beni and Butembo in a tweet earlier on Wednesday. “The pretext of Ebola is fallacious because there has been campaigning in these areas. It’s yet another strategy to hijack the truth of the polls,” he tweeted.

The elections, which were originally meant to take place in 2016, have been repeatedly postponed, sparking violence in which security forces have killed dozens of people.

The CENI pushed the election date back by seven more days last week due to delays deploying voting materials.