At least a dozen students were arrested Thursday and Friday in connection to threat rumors on TikTok and other social media apps that went viral Thursday, according to local officials and reports.

Students across the country made unverified threats to schools on social media apps including TikTok, Snapchat and Instagram on Thursday, prompting schools and other local officials to take action.

Three of the arrests involved 13-year-old males who shared threats on social media in Palm Coast, Frederick and Naugatuck. The Miramar arrest involved a 16-year-old male who is accused of bringing a firearm onto school grounds. A 14 year old was arrested for making direct threats in the city of Wyoming, according to FOX19 Cincinnati. The juvenile arrested in Watsonville made direct threats on Instagram on Thursday that police believe were related to the TikTok trend, police said.

The Lee County Sheriff’s Office in Florida arrested three teenagers on Thursday for making shooting and bomb threats to schools on social media. 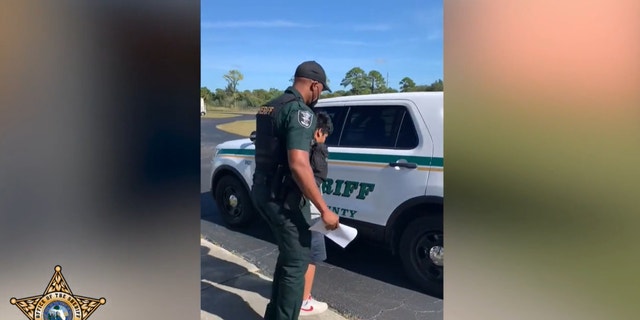 On Friday, authorities in Frisco, Texas, arrested seven middle school students for making threats on social media; the Loris Police Department in South Carolina arrested one juvenile for making threats on Snapchat; the Woonsocket Police Department in Rhode Island arrested two students in connection to threats made at one middle school and two high schools, according to local reports.

Officials are also investigating threats made at schools in other areas, including Aurora, Illinois.

Many of the students arrested made anonymous social media accounts or other messaging apps to spread threats online. The threats and arrests come less than a month after a school shooting in Oxford, Michigan, left four students dead and seven others injured.

“We handle even rumored threats with utmost seriousness, which is why we’re working with law enforcement to look into warnings about potential violence at schools even though we have not found evidence of such threats originating or spreading via TikTok,” the social media platform popular among teenagers said in a Thursday statement posted to Twitter.

The viral videos only discussed an alleged rumor of widespread threats to schools and told others to be safe rather than spread threats themselves, according to TikTok.

One of the posts “refers to a threat to school safety ‘for every school in the USA, even elementary,’ on Friday, December 17, 2021,” according to a message sent out by the Surry County School District in North Carolina. But the district said that “while we do not believe the threat to be credible, we are closely monitoring the situation.”

TikTok was in communication with “local authorities, the FBI, and DHS,” according to its statement. Officials “confirmed there’s no credible threat,” and TikTok removed “alarmist warnings that violate our misinformation policy.”

The Department of Homeland Security (DHS) also addressed the rumored threats on social media in a Thursday tweet.