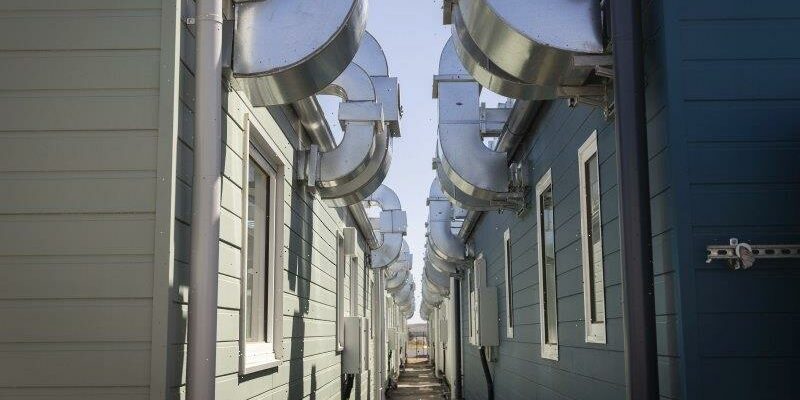 Victoria’s purpose-built $580 million quarantine facility in Melbourne’s northern suburbs will close next week, eight months after it took in its first residents.

The state government said lower COVID-19 case numbers and high vaccination rates had led to the closure of the Mickleham quarantine centre, which has housed 2168 people since it opened in February. 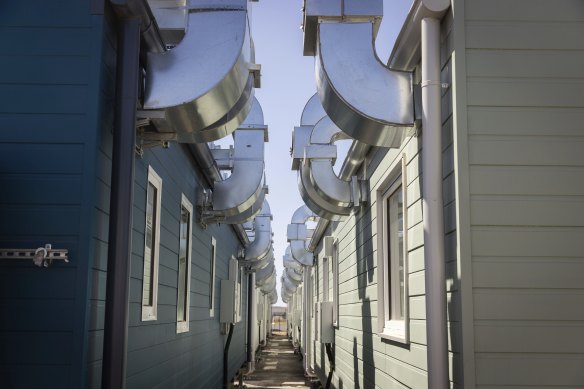 Ventilation at the Victorian Quarantine Hub in Mickleham.Credit:Paul Jeffers

Plans for the facility were first announced by Premier Daniel Andrews during a snap lockdown in early 2021 after the virus had leaked from hotel quarantine into the community.

It cost the Commonwealth government $580 million to build the Centre for National Resilience, as it was named. The facility has a full capacity of 1000 beds, but only 500 were ever used because of lower-than-expected demand.

The state government agreed to meet the running costs during the pandemic, which The Sunday Age revealed were $1.5 million a week in the months of April, May and June. The centre was scaled down to 250 beds on July 1.

The centre’s effectiveness was reduced when the requirement for international arrivals to isolate when landing in Melbourne ended in April. Since then, it has mainly been used by people who could not isolate at home.

There were 11 people staying at the centre on Tuesday, according to the state government.

Police Minister Anthony Carbines said: “The Victorian Quarantine Hub has served its purpose in keeping Victorians safe from COVID-19. Its closure is another step in our recovery from the pandemic.

“Australia needed these facilities before the pandemic first hit – but this important facility now exists as an insurance policy in the event of a future pandemic, or to provide accommodation in emergencies like natural disasters.”

The closure of the Mickleham hub follows the decision by the Queensland government to shut its purpose-built quarantine facilities in July.

From January 1, the Mickleham centre will come under the management of the federal government, which will decide its next use. Proposals include emergency accommodation for bushfires and other disasters.

The state government said staff would be supported into other employment, with a small number continuing to work to shut down the site.

COVID-19 Quarantine Victoria, the government body responsible for running Mickleham, will also soon be wound up, with its functions transferred to the Department of Justice and Community Safety.