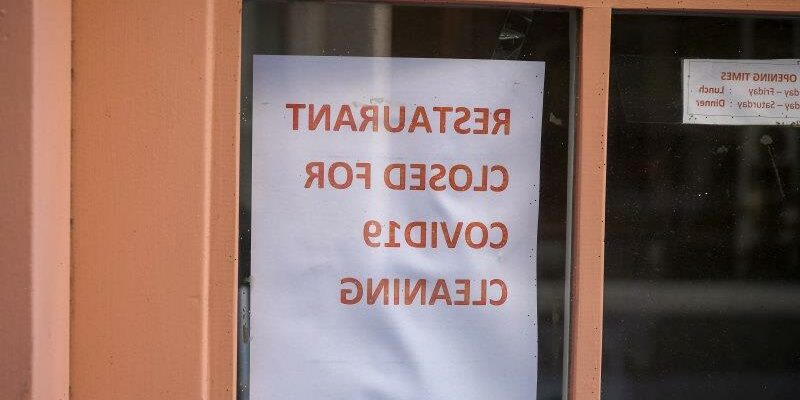 Victoria has recorded no new local cases of coronavirus, but primary contacts of a Wollert man who tested positive after returning from Adelaide will remain in isolation for two weeks.

The news comes as the Victorian government vowed to increase compliance checks on businesses after it emerged that several patrons who attended a CBD restaurant alongside the infectious man on Friday night did not use the QR check-in system.

One case was recorded in hotel quarantine on Wednesday, while 21,984 people were tested overall. The state recorded its 76th day with no locally acquired cases after genomic testing confirmed the case behind this week’s scare was caught in a quarantined hotel in Adelaide.

None of the primary contacts at the exposure sites, or the man’s household contacts, have returned a positive result.

The AFL has also sent messages to ticket-holders who attended Friday night’s clash between Richmond and Geelong on Friday in an attempt to track those who travelled on the same Craigieburn line train as the Wollert man.

Messages were also sent to 396,000 people who live in communities near the exposure sites in the CBD and the city’s north and south-west.

In response to feedback from the infected man that there were more people in the Curry Vault restaurant on Friday night than were listed in the venue’s QR check-in system, Health Minister Martin Foley said there were “education and compliance measures underway” with businesses.

Mr Foley said they had been able to track down the missing customer through credit card details, but conceded the contact tracing system was much slower without the records.

“The better record keeping, the quicker the response,” he said on Wednesday. 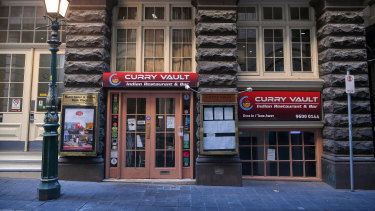 Mr Foley did not say whether the owners of the CBD restaurant would be fined for not enforcing check-in on all diners. Any alleged breach was a matter for authorised officers, he said.

Curry Vault owner Kailash Sharma has admitted not all customers checked in on the night.

“It is frustrating, but we can’t force everyone,” he told Nine News. “We can’t force people but our duty is to remind them.”

Opposition frontbench MP David Davis said while both businesses and patrons had a “shared responsibility” to using QR codes, the government had been inconsistent in its approach to enforcing the system.

“I think the whole thing is a shambles in Victoria,” Mr Davis said. “I think the state government has not provided leadership or support for businesses, with many of them weak and vulnerable because of the multiple shutdowns.”

South Australia has banned people who visit Melbourne’s high-risk exposure sites from entering the state. Those who have arrived in South Australia after visiting one of the sites are required to quarantine for 14 days.

Victorians travelling to Queensland will be forced to quarantine if they have attended one of the Melbourne exposure sites. Western Australia is requiring anyone arriving from Victoria who visited exposure sites at the specified times to get tested immediately and quarantine for 14 days from the date of exposure.

There were 7955 Victorians who got vaccinated on Wednesday, bringing the total number of doses delivered in the state to 290,864.

Meanwhile, there are almost 2000 people currently undertaking hotel quarantine across Melbourne, with one positive case among them.