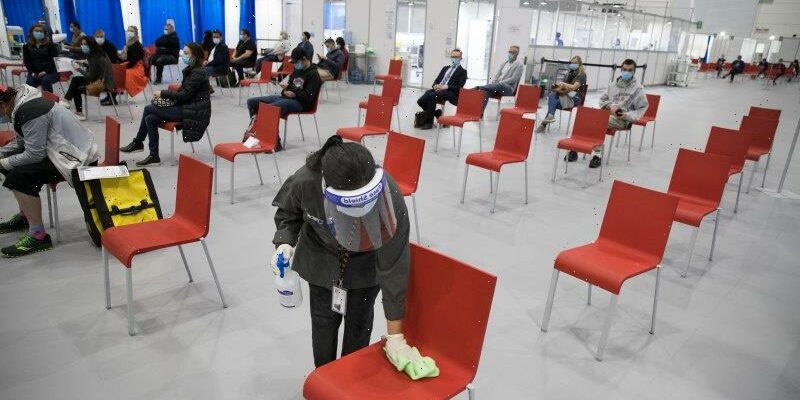 We have made our live blog of the coronavirus pandemic free for all readers. Please consider supporting our journalism with a subscription.

Here’s the front page today’s print edition of The Age. I had to be in the office for a while yesterday and the entire print production crew were not.

They put this together while scattered around Melbourne which is no mean feat given putting out a newspaper is a difficult enough task at the best of times. 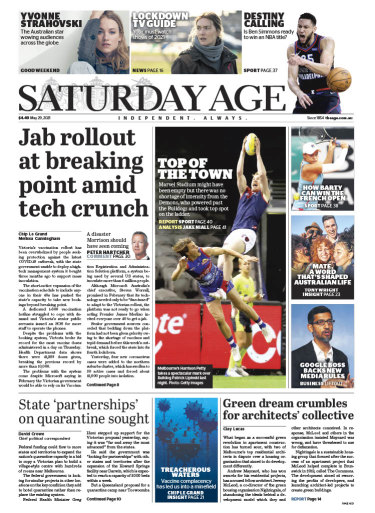 Just a bit more detail for you on the news that Victoria enjoyed a record day for vaccine doses administered in a single day on Thursday.

Health department data shows there were 41,389 doses administered on Thursday, breaking the previous record by more than 10,000. After a recent change in the release of those numbers we can now bring you this daily data much faster.

You can explore all the figures in our vaccine tracker here.

Here’s a bit more from Chip Le Grand and Melissa Cunningham’s story on the vaccine rollout and the issues with a tech system from Microsoft that was supposed to make this all a bit easier.

The problems with the system come despite tech giant Microsoft announcing in February that the Victorian government would be able to rely on its Vaccination Registration and Administration Solution platform, a system being used by several US states, to inoculate more than 6 million people and “optimise citizen experience”.

Although Microsoft Australia’s chief executive, Steven Worrall, promised in February that its technology needed only to be “fine-tuned” to adapt to the Victorian rollout, the platform was not ready to go when acting Premier James Merlino, armed with an additional supply of Pfizer vaccine from the Commonwealth, invited everyone over 40 to get a jab.

Senior government sources conceded that bedding down the platform had not been given priority owing to the shortage of vaccines and tepid demand before this week’s outbreak in Melbourne’s northern suburbs, which forced the state into its fourth lockdown.

So here’s some of the latest headlines

Good morning and welcome to our live coverage of the coronavirus crisis in Victoria.

I’m The Age digital editor Mathew Dunckley and I’ll be with you through the first part of today.

We have again made our live coverage of COVID-19 developments free to all readers in recognition of the public health benefits of providing fast and accurate information to the community.