Family of Iraq War veteran, 29, who took his own life after telling his mother he’d seen ‘too much death’ win six-figure payout from NHS over a catalogue of failings in his care

The family of an Iraq War veteran who took his own life have won a six-figure payout from NHS bosses who admitted a catalogue of failings in his care.

Father-of-three Aidan Knight, who served in Iraq with the elite 2 Para, hanged himself after trying to get help from mental health professionals for months, lawyers representing his family said.

He left the army after five years, telling his mother he had seen ‘too much death’ and also struggled to cope with the loss of his brother George in 2012.

Between 2014 and 2015, Mr Knight took an overdose in the first of four suicide bids. 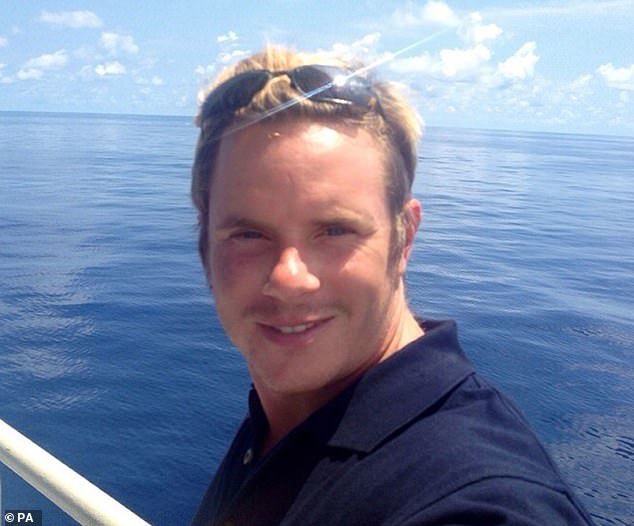 Father-of-three Aidan Knight, who served in Iraq with the elite 2 Para, hanged himself after trying to get help from mental health professionals for months, lawyers representing his family said 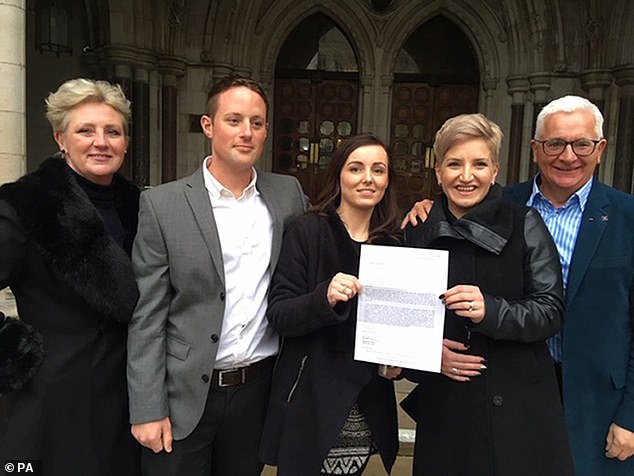 The family of Aidan Knight (names not given) outside the High Court in London. The family of the former soldier who committed suicide have won a six-figure payout from NHS bosses after they admitted a catalogue of failings in his care

Mr Knight’s mother Angie Aleksejuk, 55, from Stafford, said: ‘I wish that just one person had thought differently in the period leading up to Aidan’s death, as if they had he may still be here.

‘He ticked all the boxes of being at risk – a former serviceman, under 30, he had lost his brother, lived alone and he even presented himself to A&E – but he slipped through the net.

‘What happened has devastated our family. This was never about getting compensation but getting the trust to apologise for their failings in Aidan’s care.’

The Sussex Partnership NHS Foundation Trust has written to his family apologising for the ‘failings in the care he received’ in the two months before his death. 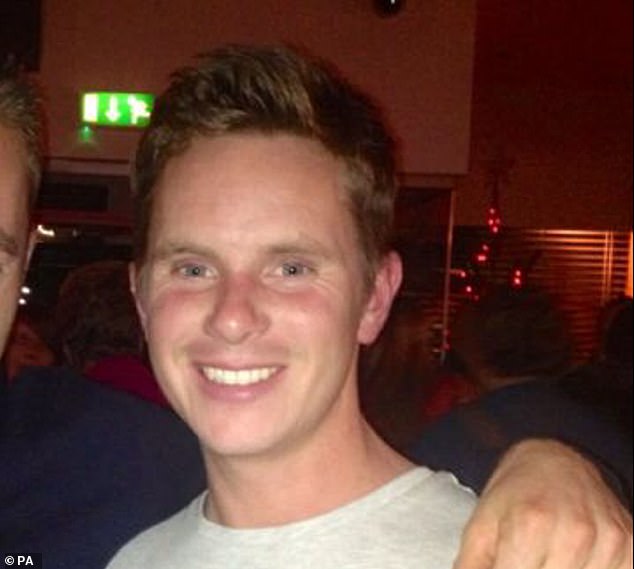 The 29-year-old’s three children have been awarded the financial settlement to be split between them after lawyers brought a civil action against the trust in the High Court under article 2 of the Human Rights Act which protects the right to life, firm Hodge Jones & Allen said.

Mr Knight joined the Army aged 17 and within two years was on a six-month tour of duty in Iraq.

Mr Knight died a ‘tortured soul’ in April 2015 – the day before what would have been his brother’s birthday.

His body was found in a park in Crawley, West Sussex, after he phoned his mother to say he was ‘going to his brother’s party’.

A coroner concluded his death was a suicide and a serious incident mental health review admitted the trust, based in Worthing, should have done more for Mr Knight.

Mrs Aleksejuk said: ‘I think Aidan was a tortured soul after he came back but he bottled it all in and never spoke of what he did out there.

‘He’d just say he had seen terrible things. He would have nightmares and cry out in his sleep.’

Despite assessments by police and NHS psychiatrists recording that he had symptoms of post-traumatic stress disorder (PTSD), he was not considered high risk enough to be admitted to hospital.

But he went to accident and emergency at East Surrey Hospital on March 5 2015. 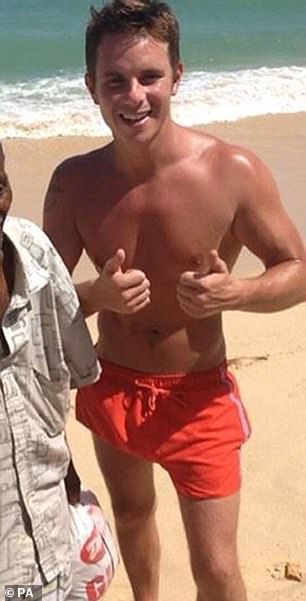 It was not until March 26 that his referral to a mental health practitioner was confirmed.

During that time his GP prescribed him anti-depressants for his erratic behaviour.

But his mental health practitioner was on holiday until April 8 and he was not reassigned to another case worker.

His body was found that day.

Mrs Aleksejuk added: ‘There were a number of missed opportunities to save him and it just feels like nobody listened to him.

‘I’m realistic enough to realise that even if people had listened to him he may still have done what he did, but we will never know.

‘I wouldn’t want anybody to go through what we have as living through this has been like torture and has scarred us all.’

Alice Hardy, the law firm’s civil liberties partner, said: ‘Aidan was deeply let down by the mental health professionals who had numerous opportunities to take actions that could have saved his life.

‘Aidan’s death has devastated his family and left three children without the father they loved.

‘We appreciate the apology from the trust, but it is crucial that they learn from this avoidable tragedy to make sure nobody else is failed like this ever again.’

For confidential support, call the Samaritans on 116123 or visit a local Samaritans branch. See samaritans.org for details.