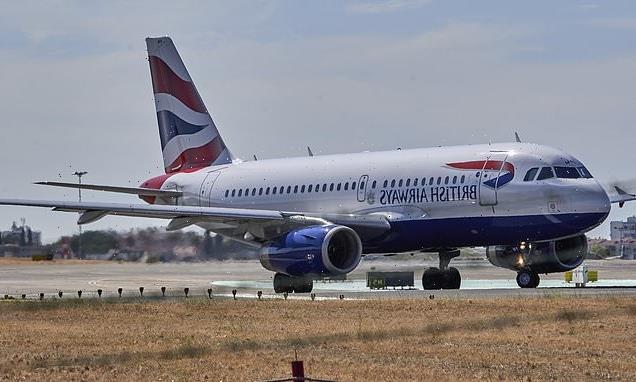 An ex-RAF bomb disposal expert suffering from post-traumatic stress disorder was disciplined by his new bosses at British Airways after missing work to save his daughter’s life, an employment tribunal heard.

Steve Jones texted his manager at the airline giant’s Cardiff headquarters to say he couldn’t go to work as was on his way to hospital having performed CPR on his daughter.

Yet when Mr Jones returned to work the mechanic was told he was being investigated for potential gross misconduct.

An employment tribunal ruled Mr Jones was the victim of disability discrimination and harassment by BA who were accused of ‘lacking empathy’ despite signing up to the Armed Forces Covenant, which requires employers to give special consideration to veterans.

The 18-year veteran is now in line for compensation from his former employer after winning his claim. 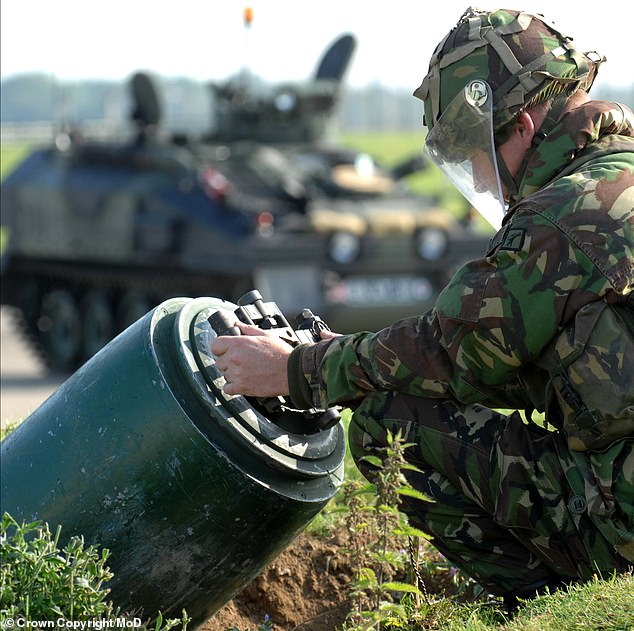 Ex-RAF bomb disposal expert Steve Jones, who suffers with PTSD, was disciplined by his new bosses at British Airways after missing work to perform life-saving CPR on his daughter. [File picture]

A Cardiff hearing was told that in February 2018, Mr Jones began working at British Airways Maintenance in the Welsh capital as an aircraft mechanic.

In August of that year he was formally diagnosed with PTSD. His symptoms include short-term memory loss, outbursts of anger, confusion, flashbacks and nightmares, and his condition is worsened when under stress or he suffers other triggers.

When Mr Jones was diagnosed he was on sick leave for two months, and upon his return BA ‘decided not to apply discretion’ and he was given a verbal warning.

In March of the following year, he was hit by a car and was later absent from work to attend a hospital appointment having forgotten to inform bosses due to his memory issues. 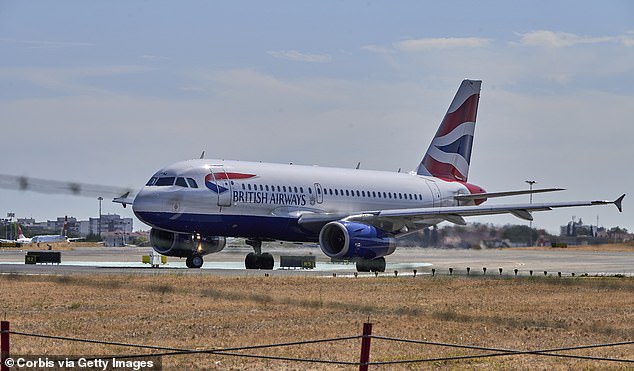 An employment tribunal ruled Mr Jones was the victim of disability discrimination and harassment by BA who were accused of ‘lacking empathy’ despite signing up to the Armed Forces Covenant, which requires employers to give special consideration to veterans

But he was asked to attend a disciplinary hearing with less than 24 hours notice and again given a warning, causing him to be ‘extremely distressed’.

The tribunal heard Mr Jones suffered multiple PTSD triggers while working under a manager named ‘Witness A’ – who was handed an anonymisation order by the tribunal preventing his identity being revealed.

When Mr Jones was on authorised leave and about to go on holiday, Witness A wrongly assumed he was absent and called him asking why he was not in work.

This ‘unfriendly’ call left Mr Jones ‘feeling anxious even though he had done nothing wrong’, the tribunal was heard.

Witness A had an appraisal with Mr Jones and was given an ‘insensitive’ letter by team leaders. It said due to his PTSD he has ‘two differing personalities’ and said he has a ‘profound negative impact on morale’.

The tribunal also heard Mr Jones was left ‘upset and humiliated’ when a colleague wrote the letters ‘PTSD’ next to his name on a job card and was called to a meeting to place him on a ‘formal improvement plan’.

In August 2019, Mr Jones was again absent as his father suffered a heart attack and was hospitalised.

Around the same time, he took further unauthorised leave after his daughter nearly passed away from an unnamed condition that had previously killed Mr Jones’s wife.

He told Witness A that he performed CPR on her and they were on their way to hospital.

Mr Jones told Witness A his PTSD was ‘going into overdrive’ – but on his first day back to work, Witness A gave him a letter asking him to attend a disciplinary hearing.

He didn’t attend the meeting due to his PTSD and was asked to attend another as he faced being sacked. Mr Jones has not returned to work since.

Judge Moore said: ‘The tribunal was struck by a lack of empathy for the very difficult and upsetting situation Mr Jones was in during that period of almost losing both his father and daughter.

‘He had made efforts to keep Witness A informed, he had even sent him a text message whilst on the way to hospital with his daughter having just performed CPR.’

Judge Moore said nobody at BA felt able to make a decision as to how to handle Mr Jones.

‘[British Airways Maintenance Cardiff] did not get a proper handle on the situation and it was handled badly.

‘In our judgement the respondent was requiring Mr Jones to achieve the unachievable – to stop having PTSD symptoms.

‘There was no recognition or support outlined in the [formal improvement plan] as to how the claimant could achieve these outcomes.’

Judge Moore also said of Mr Jones’ appraisal: ‘These comments had a significant and debilitating effect on the claimant and were unnecessary.

‘We find that the comments were insensitive and showed poor awareness and lack of training on how to address shortcomings in an employee’s performance due to a disability.’

In its judgement the tribunal noted that BA has signed up to the Armed Forces covenant.

‘(This) is a commitment to…support the Armed Forces Community. This contained a statement that ‘special consideration’ is appropriate in some cases especially for those who had given the most such as the injured and bereaved.’

Mr Jones’ compensation will be determined at a later date.