How meaningful is a “perfect” ATAR?

About 45,000 VCE students will receive their ATARs on Wednesday, putting a merciful full stop on a year in which they have been tested in ways no textbook could have prepared them for. 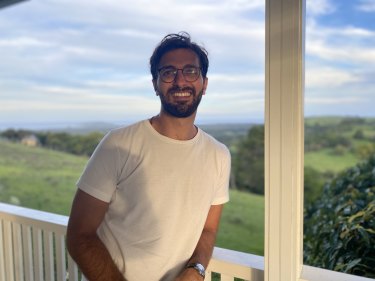 Many will be sweating on their Australian Tertiary Admissions Rank, a competitive ranking used by universities to offer course placements.

But for at least one year 12 graduate who achieved the best possible ranking of 99.95, the result meant everything and nothing.

Sahil Shekhar was among a handful of students in 2007 who received the maximum ATAR, giving him close to the full pick of options for university.

But Mr Shekhar, the school captain at Haileybury that year, didn’t know what he wanted to do for a career and wasn't keen to follow his mother into medicine.

“I wasn’t ready to start a career and medicine felt like you graduate and that’s what you do for the rest of your life, and I just wasn’t sure what I wanted to do,” he said.

Mr Shekhar enrolled in a Bachelor of Arts at the University of Melbourne, pursuing his interests in philosophy and economics.

He says his ranking gave him the confidence to pursue his passion even though he didn’t know where it would lead him. 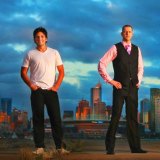 Sahil Shekhar poses for a picture in 2008 with fellow VCE high achiever Ben Burge, who offered him a job.Credit:Craig Sillitoe

“One of the things I worried about was, what am I going to do after: is there enough of a direction there? Will someone hire me? But then I thought maybe with the [ATAR] score, I will still be able to get a job afterwards.”

In the end, Mr Shekhar got his first job not from university but from his appearance in an Age news story just like this one, about people who scored top marks in year 12.

Less than a year out of high school, Mr Shekhar rocked up to a photo shoot with two other subjects for the story, and hit it off with Ben Burge, an executive at a boutique investment bank who was almost 20 years his senior.

“He offered me a job,” Mr Shekhar said. “I worked with him for three or four years.”

Mr Shekhar, 31, said the world of entrepreneurship placed more store in qualities that were not tested in school – such as passion and perseverance – than in results.

This was an important message to students who didn’t get the ranking they were hoping for, he said.

“To any year 12 students who are worried because of their score, there are a lot of people who do really well in life who didn't do well in school … for sure, you see a lot of people succeeding without great ATARs.”

Patrick Walker also achieved an ATAR of 99.95, but for him a career in medicine was always on the cards.

Word was already spreading about how stellar his VCE results were before he heard the news himself.

The teenager had slept through the early morning notification on his phone.

“I was woken up by my mum actually, I got a text at 7am or whenever it was and the principal had already called my parents’ house asking, ‘have you got the news?'” 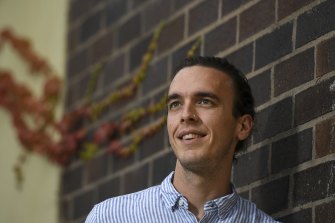 Patrick Walker got an ATAR of 99.95 in 2011 and is training to be a paediatrician. Credit:Penny Stephens

Mr Walker, who graduated from McKinnon Secondary College in 2011, said the moment felt something like a dream.

“I sort of thought it was not real I suppose, I was expecting a reasonable score but not as high as I got.”

His ranking secured him a place studying medicine at Monash University.

Once he got there, he was struck by the fact that he was the one of the few students who hadn’t attended a private school.

“It seemed significant at the time, that you have got this profession that’s full of people from a very small subset of society,” he said.

Although he attended one of the most academically successful government schools in Melbourne, where he had immense support from teachers, the experience underlined to him how resources could shape a student’s destiny at least as much as intelligence.

“I was lucky enough to go to a really good state school and was supported and pushed to do better always and I think you get that at private schools particularly because they have the resources to be able to do that and there’s a lot of schools that don’t,” Mr Walker said.

Mr Walker, 26, is now training to be a paediatrician at the Royal Children’s Hospital.

He hopes his work in child health will allow him to “find ways to level the playing field a little bit” among children born in different socio-economic circumstances.

Stephanie Malon took a methodical approach to her final year of high school in 2004, studying just as hard early in the year as she did as exams loomed.

“I thought that was a better way to absorb information over time rather than cramming,” she said.

She recalls “a bit of nervousness” around results time, with a feeling that a disappointing score "might have thrown things a little bit off course", even though she didn’t know what she wanted to do professionally.

But her months of dedication paid off more than expected, and Ms Malon was dux of The Geelong College with an ATAR of 99.95. 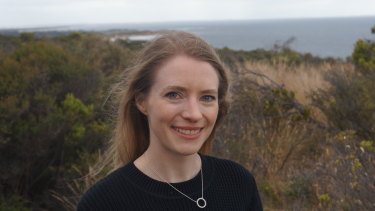 Stephanie Malon applied herself to her year 12 studies all year in 2004 and was rewarded with a ranking of 99.95.

“I was just trying to do as well as I could and keep my options open for uni, so it was a real surprise to get the results on the day.”

A move to Melbourne followed as she took up arts/law at the University of Melbourne, keen to cultivate her love of languages while pursuing a career in law.

Now 10 years into a career as a commercial lawyer at Allens, focusing on superannuation laws, Ms Malon says her school results have no bearing on how her professional output is judged today.

“Once you’re in the workforce, I don’t think people look back at your score too often, you are more judged on the work you are doing at the time,” she said.

And despite the nerves she felt before results day, she is confident she could have found a pathway into law with a lower ranking. "It might have just taken a bit of extra time."

Nick Parkinson always knew what he wanted to do: teach.

It’s not a pathway that requires an elite ATAR, and when Mr Parkinson achieved one in 2014, some people questioned his next move.

“There is still a view among many that teaching is a fallback option and not something for people who are high achievers or that people go into for passion, which is blatantly not true, I mean, everyone remembers that one teacher that they had.” 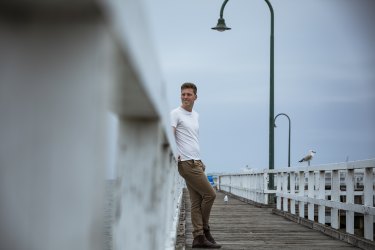 Nick Parkinson has always wanted to be a teacher but wanted to gain more life experience first. Credit:Chris Hopkins

He took up a scholarship at the University of Melbourne and studied arts.

But despite his passion for teaching, Mr Parkinson baulked at entering the profession straight out of university, in what he calls “a last-minute change of heart”.

“I didn't feel that I'd seen enough of the world or had enough experience outside the classroom to be of any value to students,” he says. “I’d be going back into the classroom and only telling them the stuff that I’d seen in university and school.”

These days, he is an education consultant at Nous, but still set on being an English teacher in the future. He hopes the job will enable him to give future generations the same opportunities he had.

“I think of all the doors schooling opened for me and then how many people don’t have those doors opened because of their postcode or because of the conditions they have been born into.”

Get a little more outta life

Start your week with practical tips and expert advice to help you make the most of your personal health, relationships, fitness and nutrition. Sign up to our Live Well newsletter sent every Monday.