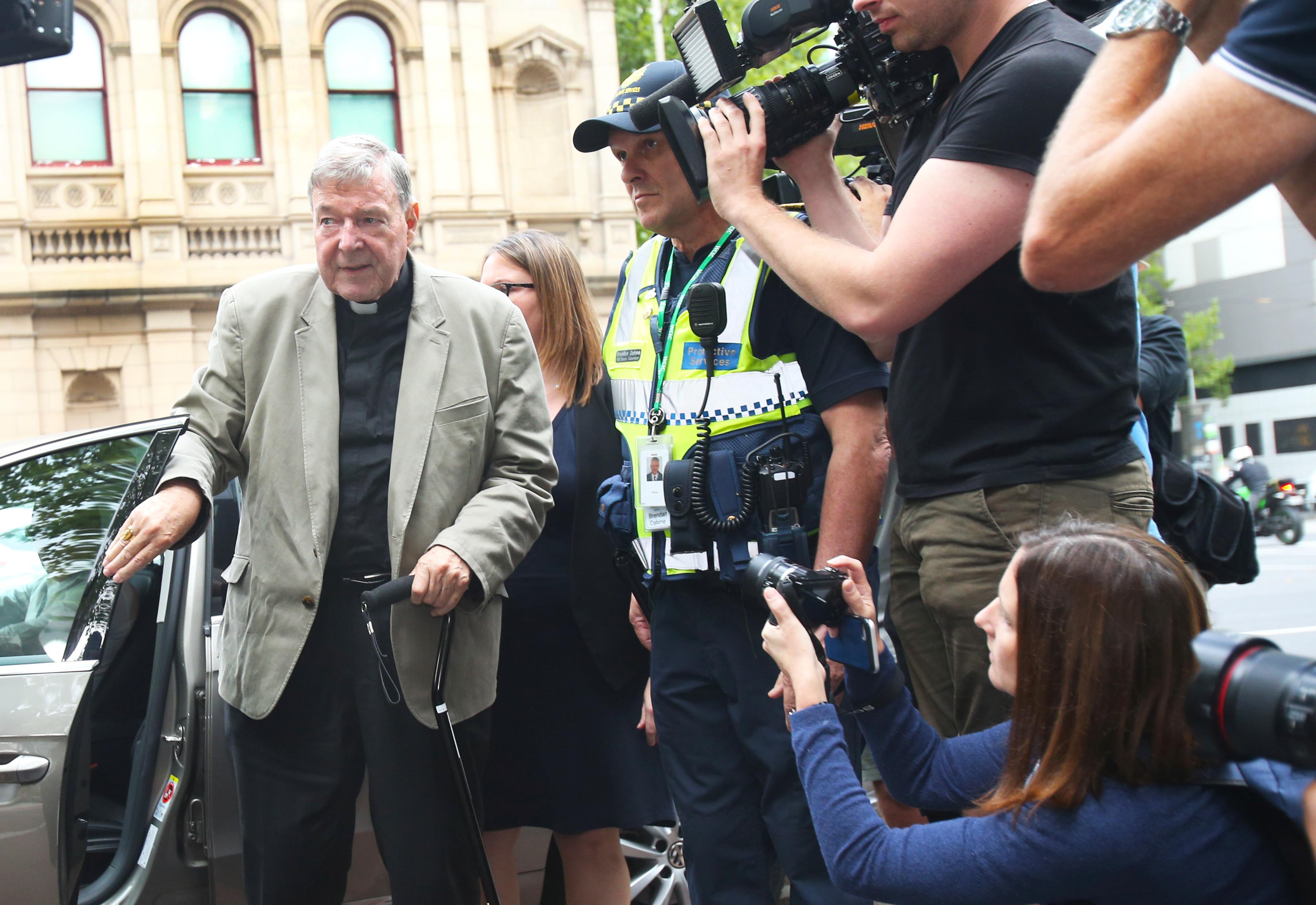 The verdict was made public on Tuesday following the lifting of a court suppression order on the trial, after a second abuse case against Pell was dropped by the prosecution.

A jury in the Country Court of Victoria in Melbourne found Pell guilty on Dec. 11 last year following a four-week trial.

Pell becomes the most senior Catholic clergyman worldwide to be convicted for child sex offences. He had pleaded not guilty to all five charges.

He was convicted of five sexual offences committed against the 13-year-old choir boys 22 years earlier in the priests’ sacristy of St Patrick’s Cathedral in Melbourne, where Pell was archbishop. One of the two victims died in 2014.

Each of the five offences carries a maximum 10 years in jail. Pell’s lawyers have filed an appeal against the verdict on three grounds, which if successful could lead to a retrial.

“Cardinal Pell has always maintained his innocence and continues to do so,” Pell’s lawyer, Paul Galbally, said outside the court.

Pell, who remains on bail, left the court on Tuesday without speaking to reporters, who virtually mobbed him as he walked from the courthouse steps to a waiting car.

A child abuse survivor, who identified himself as Michael Advocate, as his real name is suppressed under Australian law, shouted to Pell: “Burn in Hell”.

Pell is due to return to court on Wednesday for the start of his sentencing hearing.

The verdict has been made public as the Catholic church tries to deal with a growing child sexual abuse crisis, following scandals in the United States, Chile, Germany and Australia.

Pope Francis ended a conference on sexual abuse on Sunday, calling for an “all out battle” against a crime that should be “erased from the face of the earth”.

The Vatican said in December that Francis had removed Pell, 77, from his group of close advisers, without commenting on the trial.

Pell, who took indefinite leave in 2016 from his role as economy minister for the Vatican to fight the charges, was not called to the stand in the trial.

Instead, the jury was shown in open court a video recording of an interview Australian police held with Pell in Rome in October 2016, in which he strenuously denied the allegations.

The jury was also shown a video recording of the surviving victim’s testimony behind closed doors.

The victim, who was a school boy when abused by Pell, on Tuesday asked for his privacy to be respected.

“Like many survivors I have experienced shame, loneliness, depression and struggle. Like many survivors it has taken me years to understand the impact upon my life,” the victim said in an emailed statement through his solicitor Vivian Waller.

“The process has been stressful and it is not over yet. I need space and time to cope with the ongoing criminal process.”

Mark Coleridge, the president of the Australian Catholic Bishops Conference and who attended the Vatican conference, said the conviction “has shocked many across Australia and around the world”.

“We pray for all those who have been abused and their loved ones, and we commit ourselves anew to doing everything possible to ensure that the Church is a safe place for all, especially the young and the vulnerable,” he said in a statement.