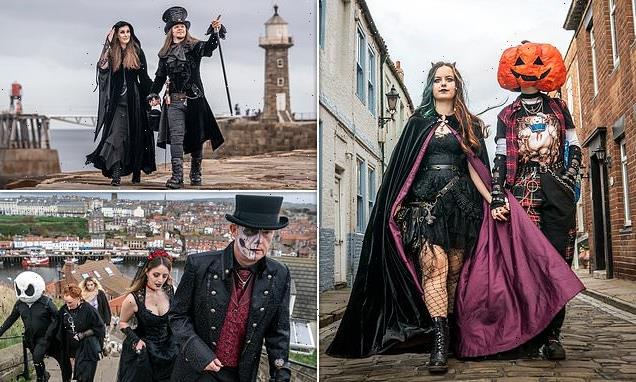 Thousands of strikingly-dressed Goths descended on a sleepy English coastal town over the weekend for its culture festival celebrating goth culture.

Stunning photos show attendees in a wide variety of dark and period dress walking along the cobbled lanes and seafront promenade of Whitby, in North Yorkshire, which inspired Dracula by Bram Stoker.

The event takes place twice a year, including the last weekend of October, and lasts for three days.

The now iconic event was first hosted by Jo Hampshire, when she invited 40 of her pen pals to The Elsinore Inn, close to the centre of the idyllic town.

This year, visitors sampled live music and visited a Bizarre Bazaar alternative market, where they could shop at 100 different stalls.

Goths were also seen relaxing in their signature getups in the town’s cafes and pubs, where Bram Stoker sourced ideas for his vampire book, Dracula.

The author visited the harbour town in 1890 – and viewed the ruined monasteries and graveyards as the perfect setting to come up with his blood-sucking lead character. 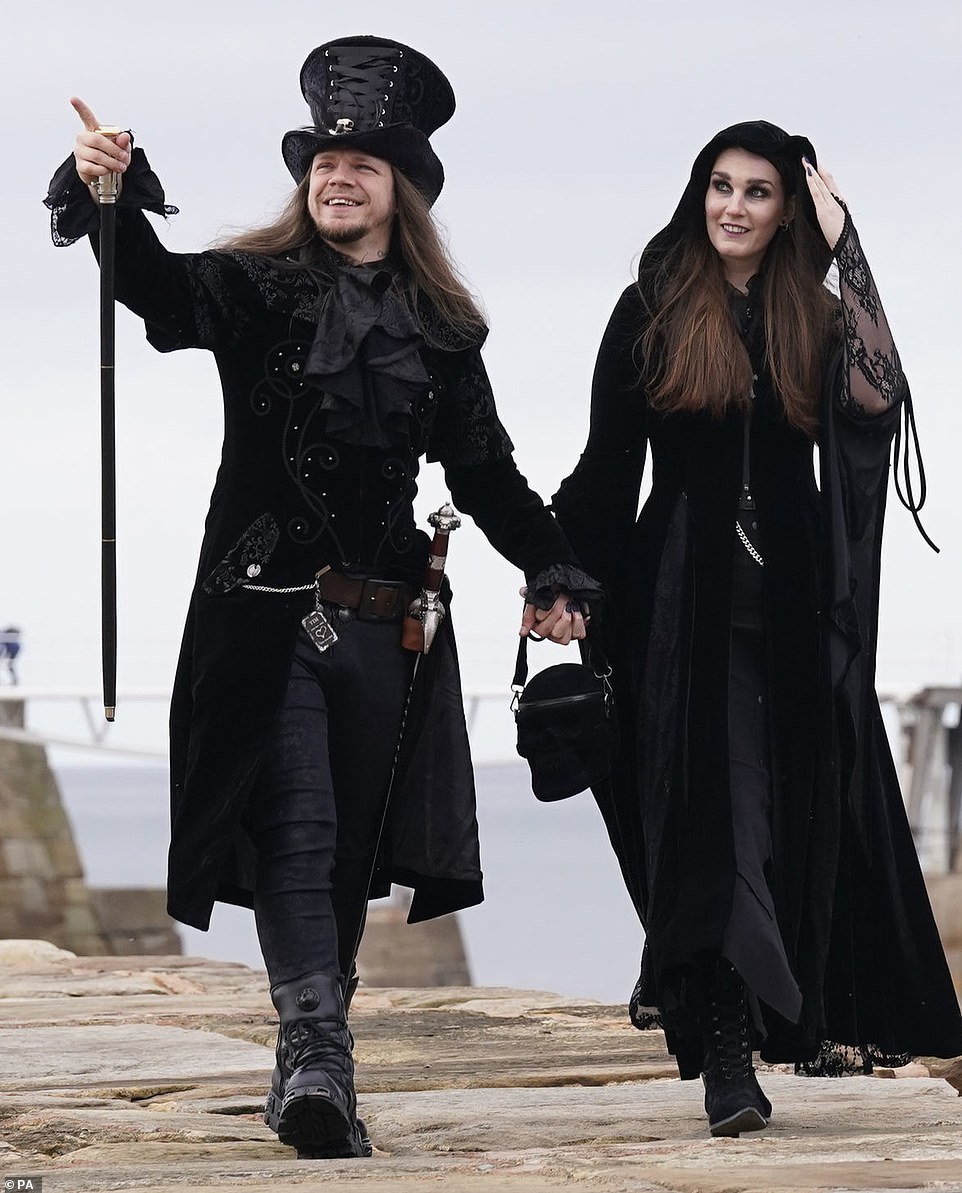 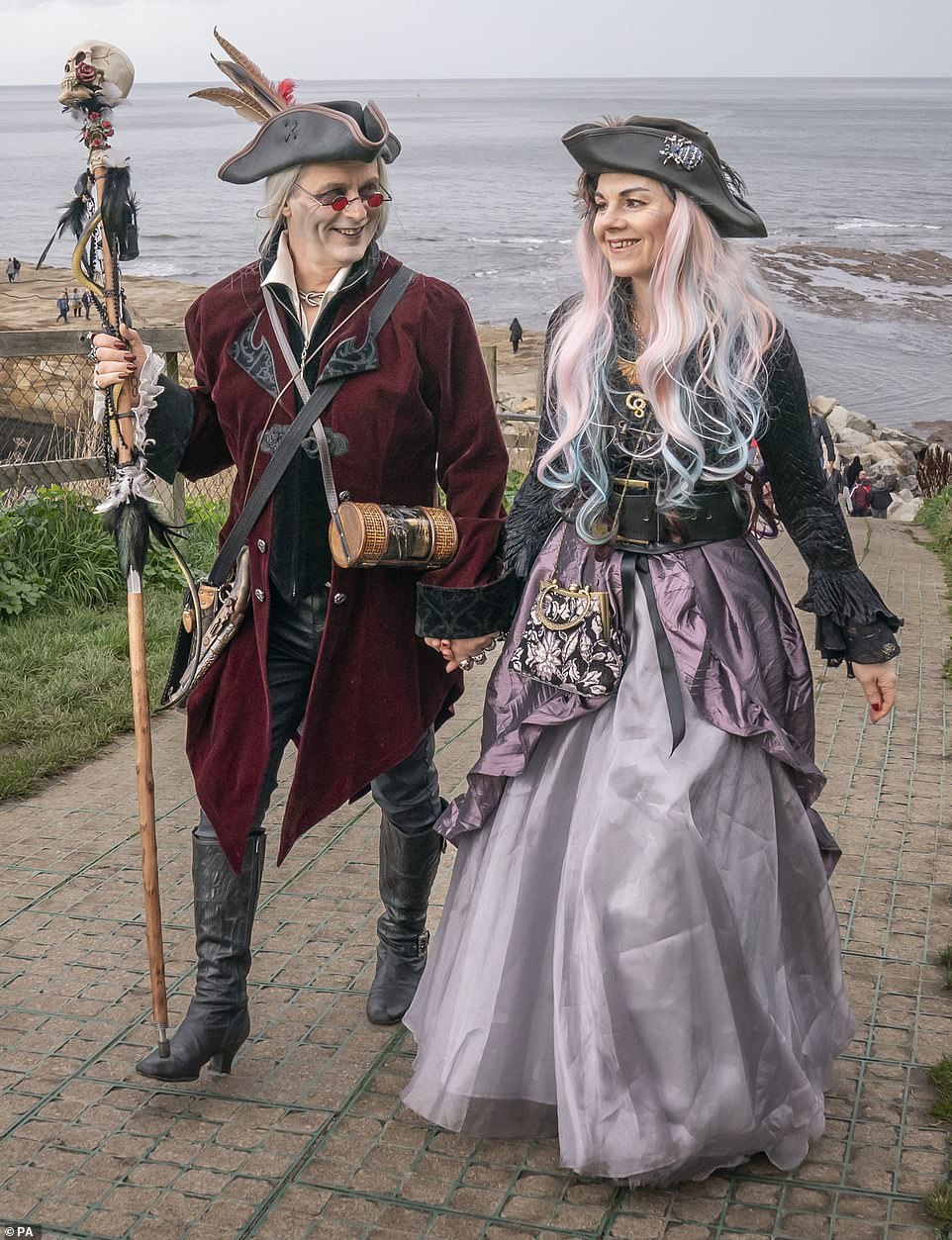 Elaborate costumes are a given at the festival – and not everyone wears all black! 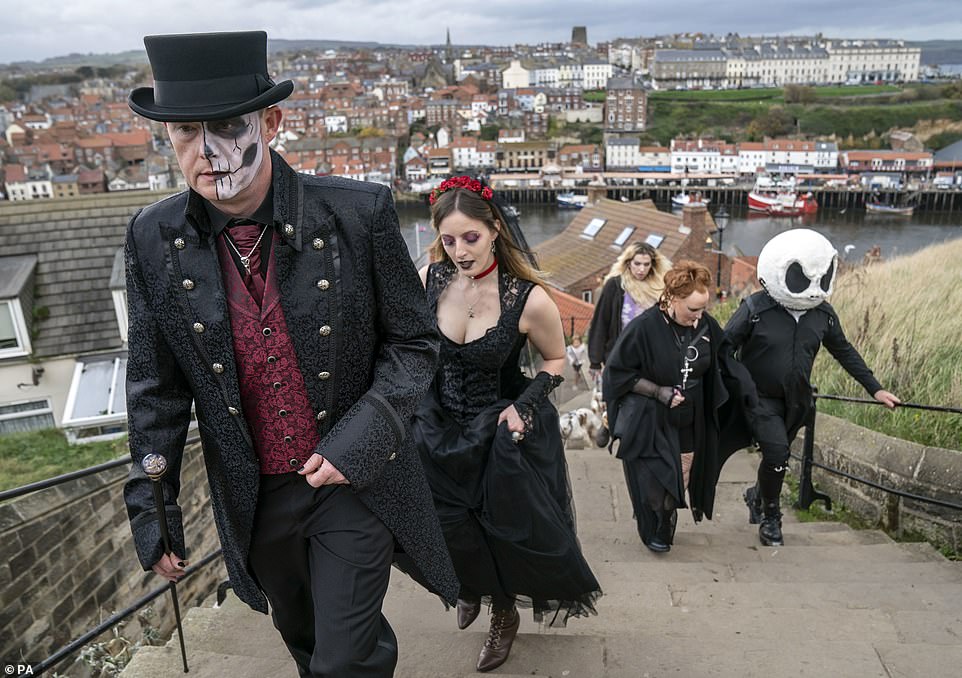 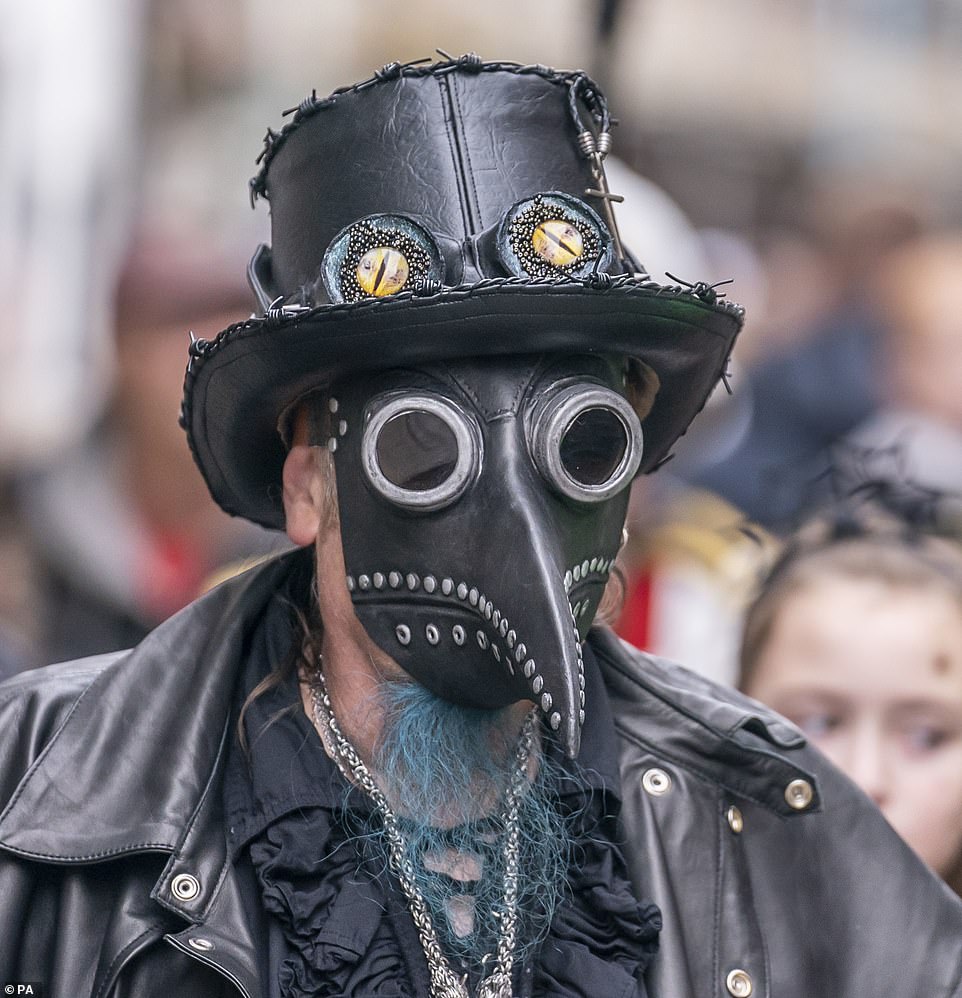 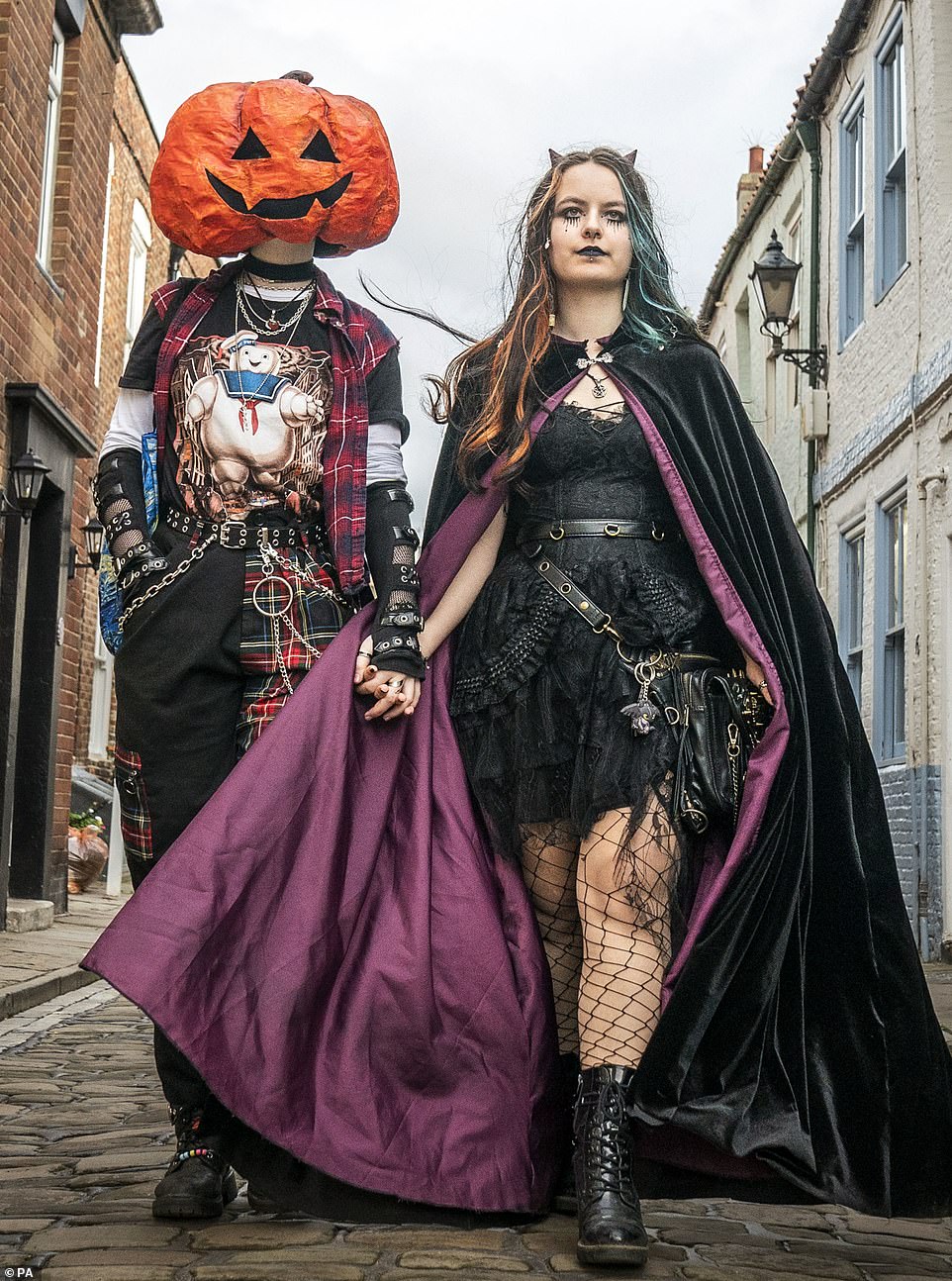 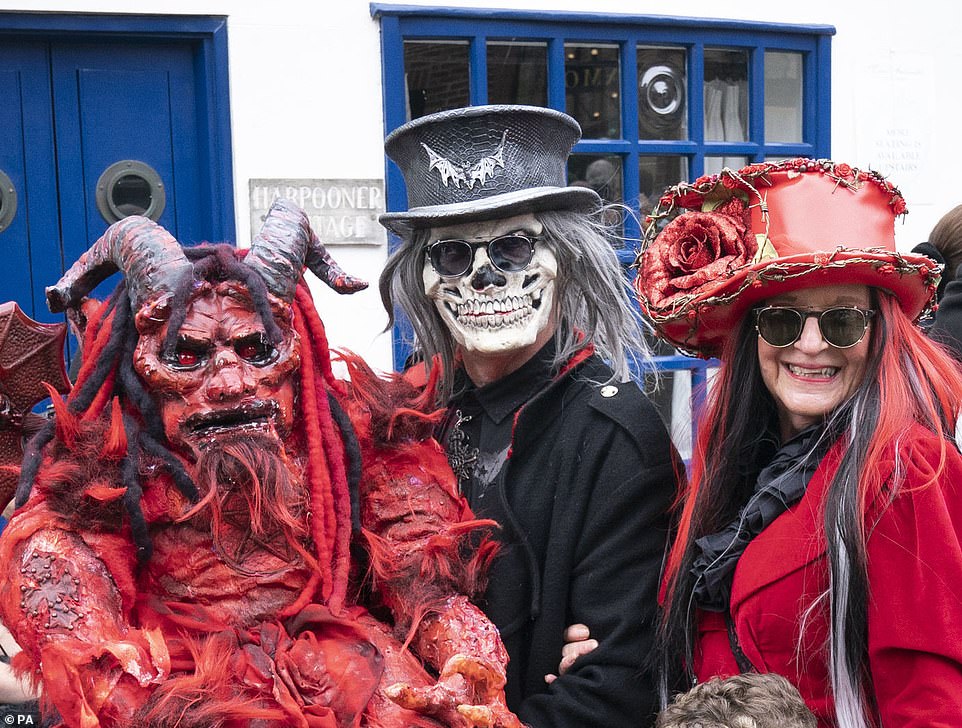 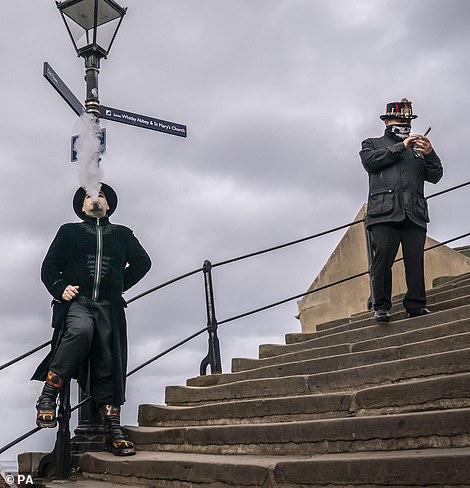 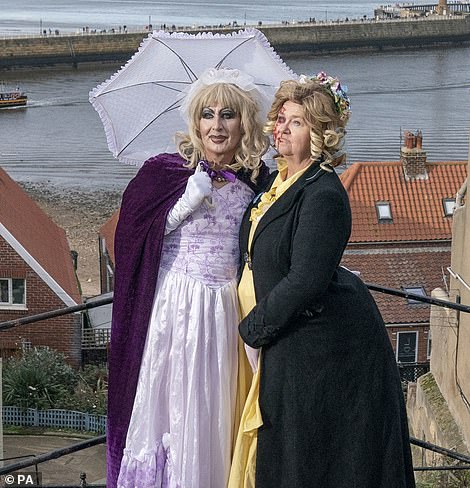 Goths of all types, ages and styles flock to Whitby each year after the festival was initially set up in 1994 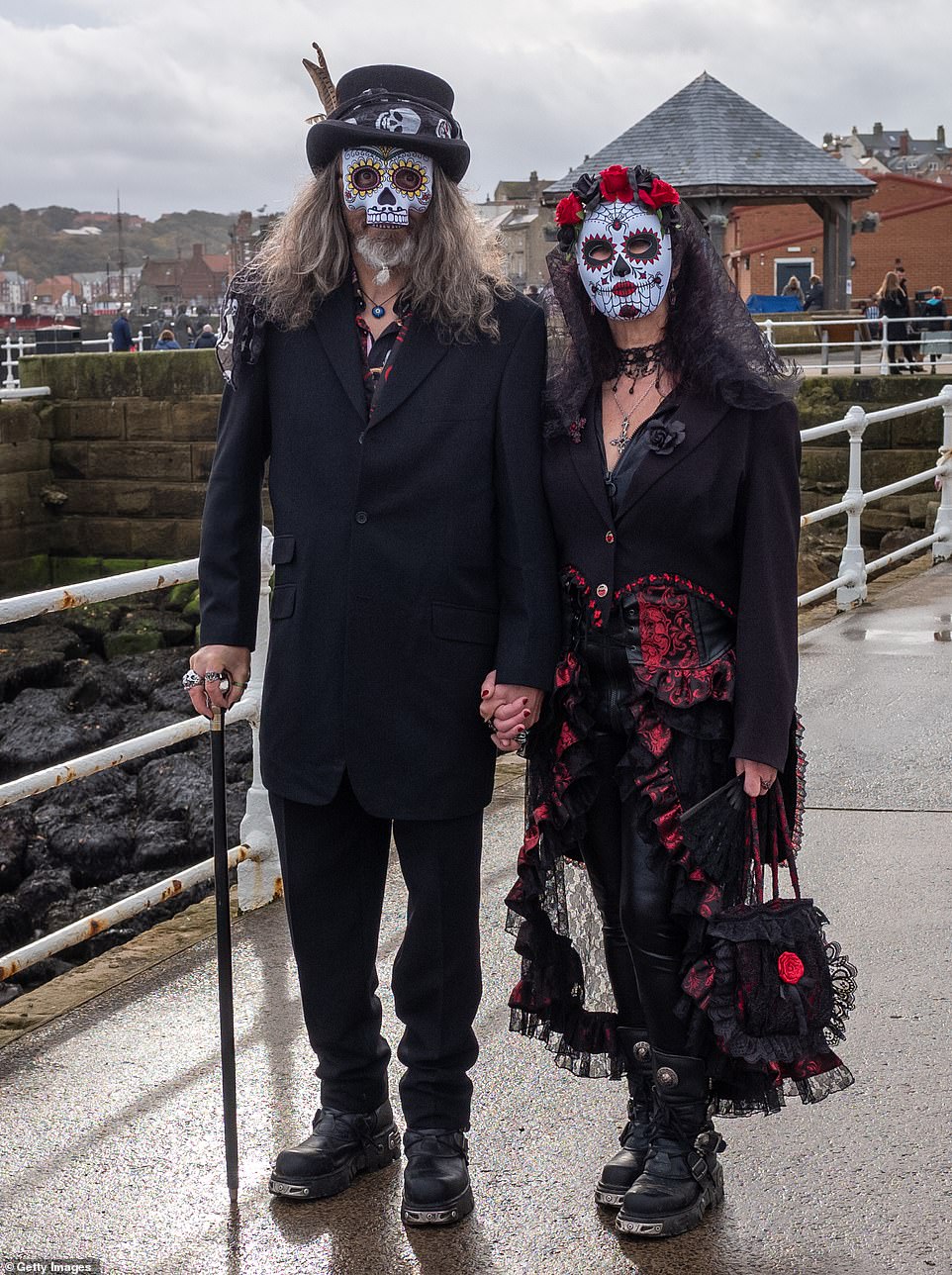 Thousands of extravagantly dressed people who follow Steampunk, Cybergoth, Romanticism or Victoriana styles visit the town to take part in a celebration of Goth culture and music 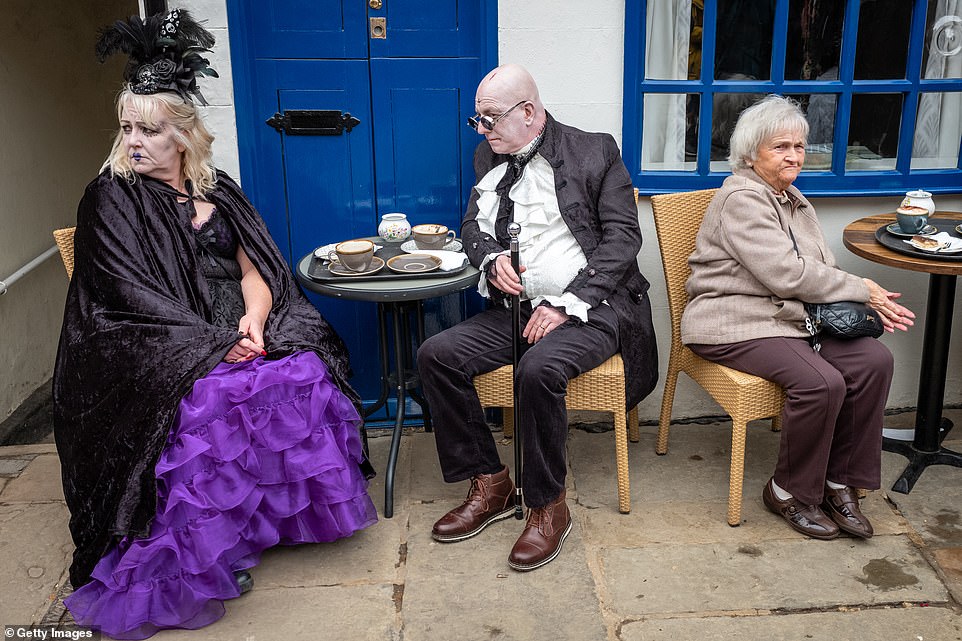 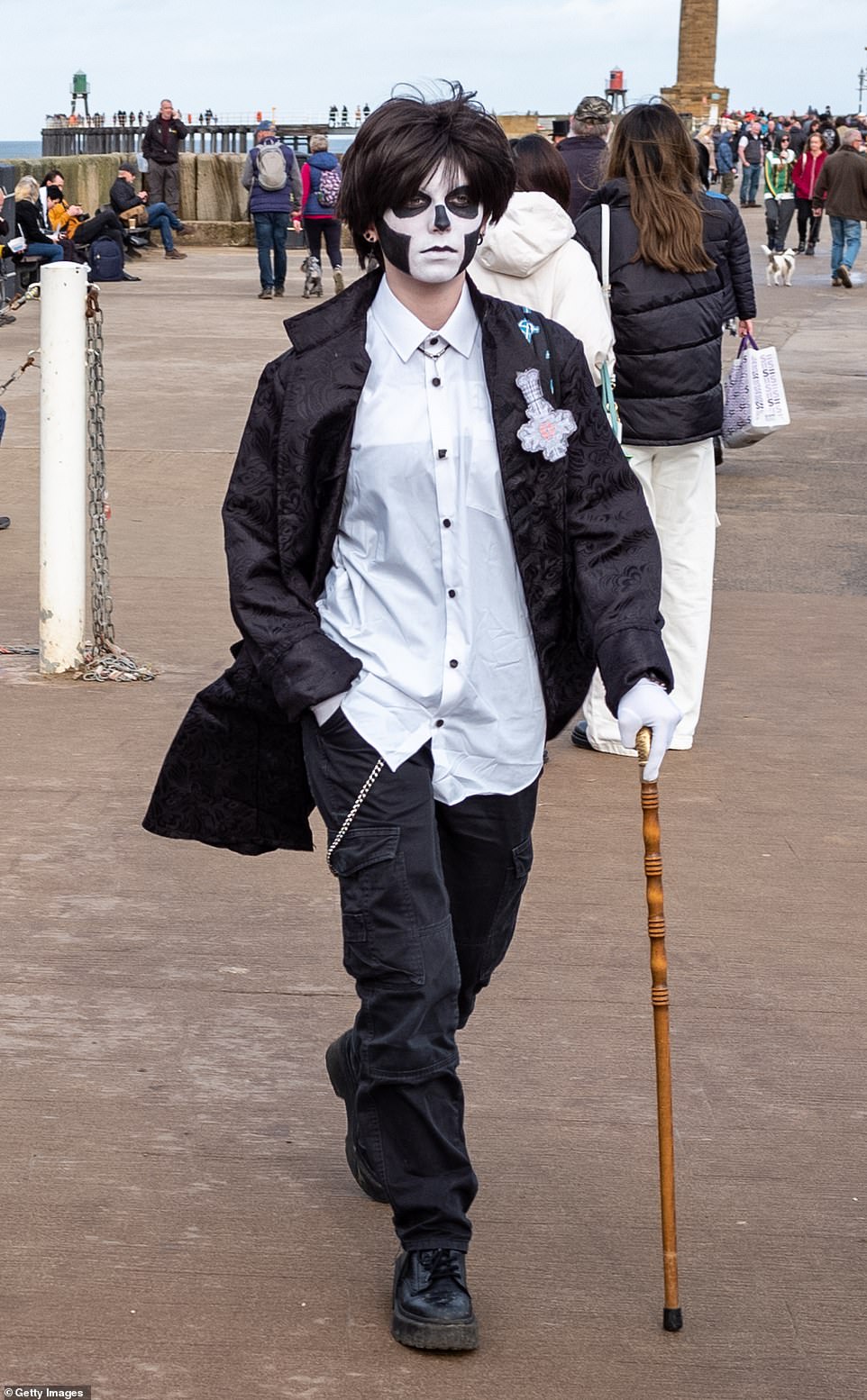 The festival sees many young people get in on the fun, with the event attracting more diverse styles each year 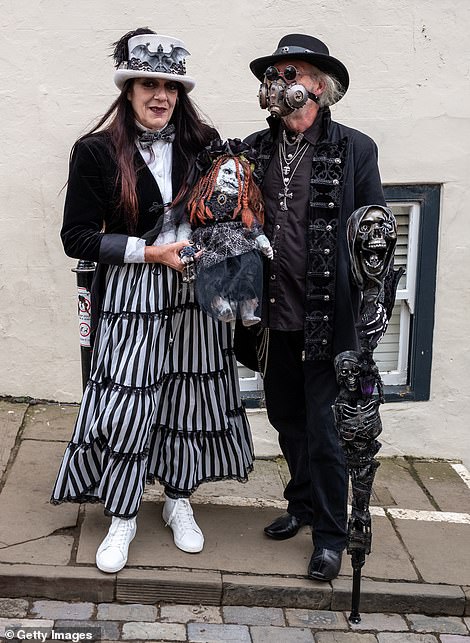 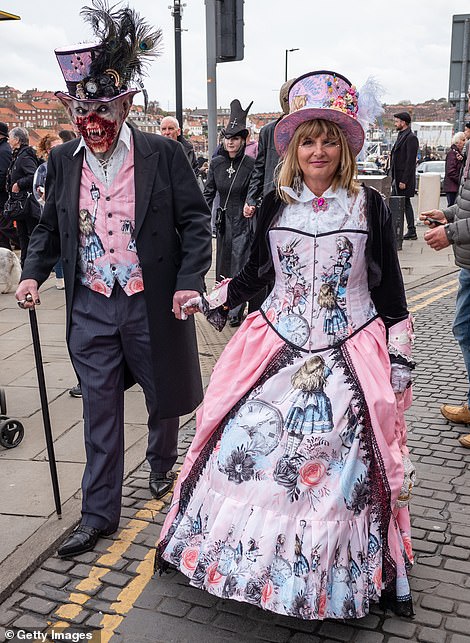 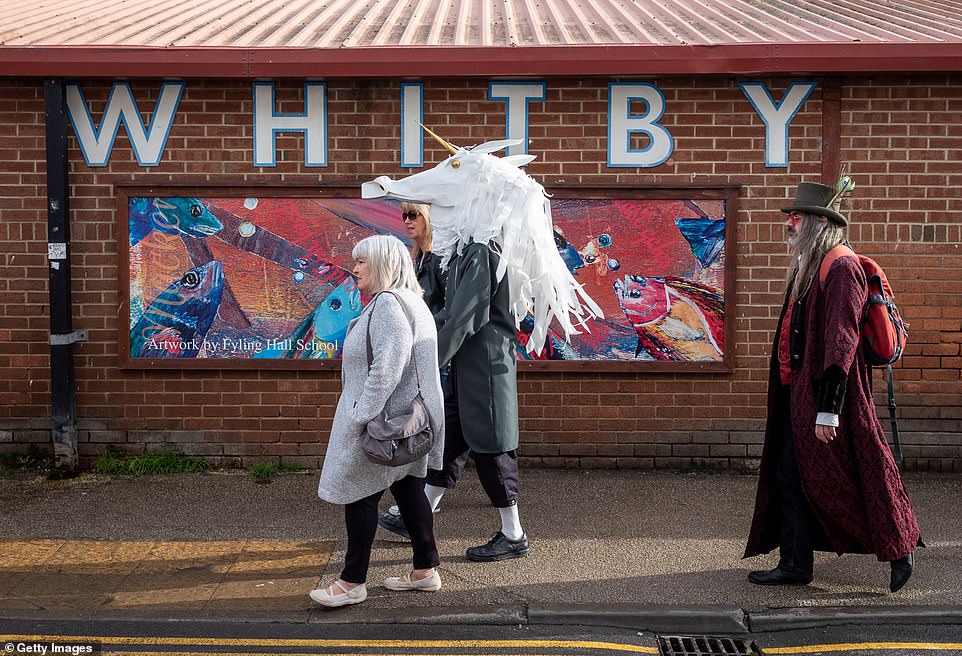 Whitby is featured in the novel and is famously visited by Dracula himself as he lures character Lucy into his grasp, resulting in her death.

Dracula is widely seen as one of the greatest books in vampire culture and is a classic of English literature.

This year’s festival saw no shortage of guests inspired by the characters within Bram Stoker’s novel, with elaborate period dress, vampire-inspired costumes and more seen at the event.

Thousands of extravagantly dressed people who follow Steampunk, Cybergoth, Romanticism or Victoriana visit the town to take part in a celebration of Goth culture and music, making it one of the largest gothic festivals in the world.

The event is billed as family and pet friendly, and children and dogs were also pictured enjoying the festivities.

The festival was founded in 1994 and is now one of the most famous gothic events in the world, with the other weekend being held in April.

The event began on Friday and ended on Sunday evening.