Newly declassified CIA documents reveal that at the height of the Cold War, the United States planned to develop a fleet of bird-like drones in Area 51 that would be capable of spying on the Soviet Union.

Code-named Project Aquiline, the nuclear-powered drones were designed to stay in flight for up to 30 days at a time and would have been the nation’s first uncrewed intelligence collection platform.

The plans for the 12 drones, which would have acted as robotic spy planes and couriers for secret payloads, never came to fruition, according to the recently unsealed documents.

It is not known why the plan was abandoned. 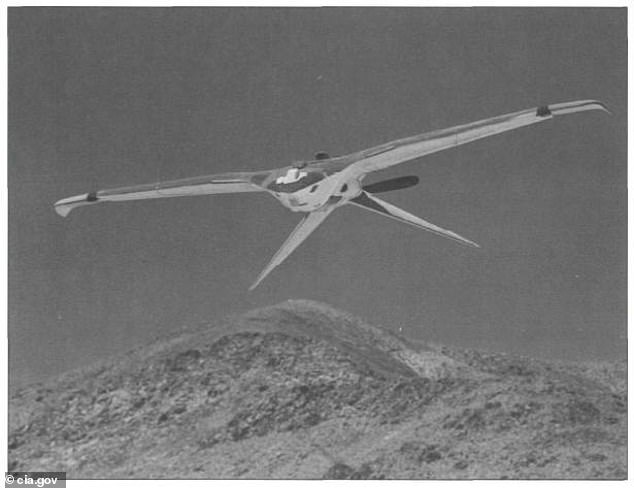 The drones began to be developed by the CIA in late 1968, the files state, as part of plans to improve collection of information on the capabilities and intentions of U.S. adversaries.

Throughout this decade, the intelligence agency previously relied on the OXCART Program and its use of U-2 Dragon lady spy planes.

The planes are still regarded as a great leap in spy technology and broke speed and operating altitude records.

Yet while successful and able to outrun and outfox enemy air defenses, these planes also carried significant risks and repercussions, including detection and even pilot loss.

To avoid the risks, the CIA began to develop a new program that would work to develop unmanned aerial vehicles (UAVs) as collection platforms.

Aquiline became the first to test the concept using research on birds to try to develop a drone that would go unnoticed in enemy skies.

‘Based initially on the study of flight characteristics of birds, Aquiline was envisioned as a long-range vehicle that could safely and stealthily provide a window into denied areas such as the Soviet Union through photography and other capabilities, and would even support in-place agent operations,’ the CIA states.

‘While it never became operational, the concept proved invaluable as a forerunner to today’s multi-capability UAVs.’

According to the documents, the mission of Aquiline was to ‘develop, attain, and maintain an operational capability to conduct covert reconnaissance in denied areas’. 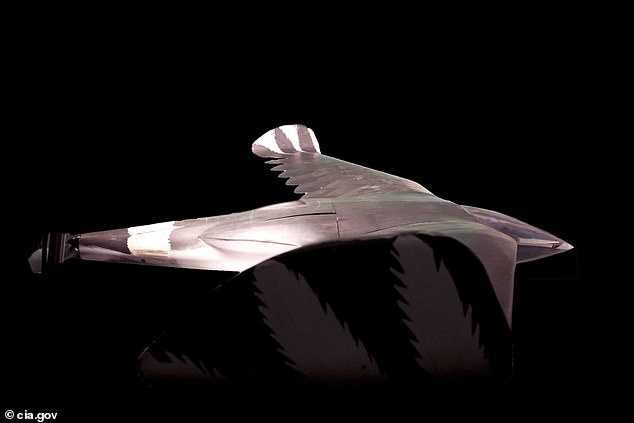 The agency-funded research and development program would ‘develop small bird like craft equipped with *** devices for the collection of intelligence by clandestine penetration of denied areas’.

The main contractor employed for the program was aviation defense contractor McDonnell Douglas, known for more glamorous fighter jets, and some of the work took place in their Huntington Beach headquarters.

Flights were supplied between the headquarters and the main production base in Area 51.

The twelve drones would be designed to be as close to bird-size as was possible, which at the time meant it would be five feet long, 7.5 feet wide, and have a takeoff weight of 83 pounds.

It was hoped that that the small size would cause radars and human lookouts to mistake the vehicle for an actual bird. 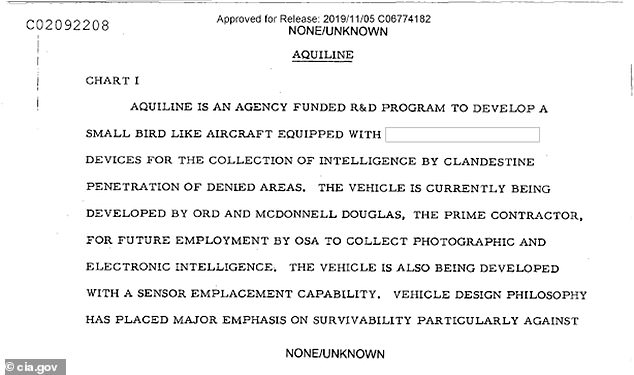 The recently released 1960s documents about the project

The documents claimed the drones would be ‘small, bird-like surreptitious vehicle with sufficiently small acoustic, visible, and radar cross section to permit it to operate in the natural physical signal environment of living birds’.

The CIA also hoped the endurance could be boosted with the aid of nuclear power, using technology previously employed in deep space probes to give the drone life for up to 30 days and 3,600 miles at a time.

It was proposed that the aircraft would convert waste heat from decaying isotopes (like plutonium) into electricity, allowing it to go on longer missions.

The smaller size of the aircraft, when compared the the spy places, would allow it to fly closer to the ground, and grant it the ability to take high resolution photographs and make recordings of stronger electromagnetic signals.

The vehicles were also designed with the capability to drop off sensors to areas the US could not otherwise reach for further intelligence collection. 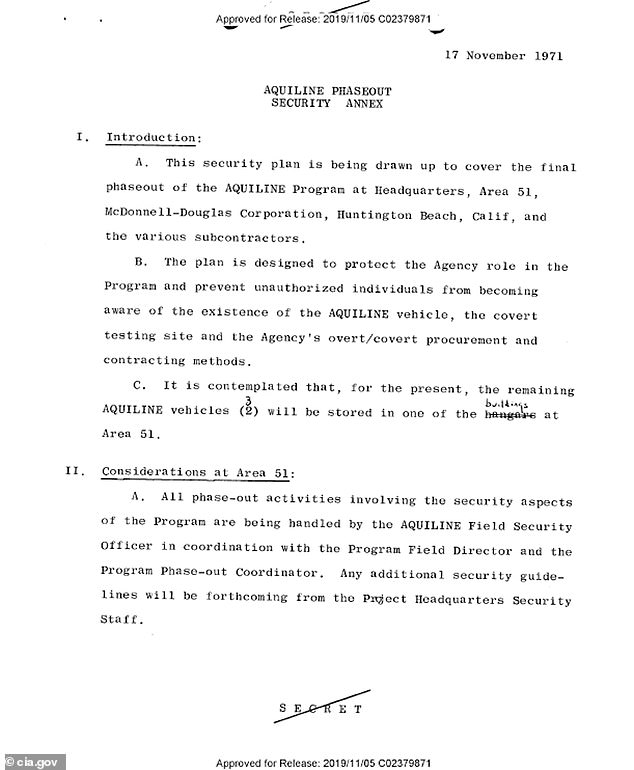 Crews would control the drones from the ground, working from states along the borders with the Soviet Union and China such as Taiwan, Turkey, and Norway.

It would also be tracked by a U-2R reconnaissance plane, which would fly near and receive data the drone beamed to it.

The nearby plane was crucial to allow the size of the drones to remain small as they would then not need their own data storage devices.

The secretive program began to develop the aircraft in Area 51 with personnel recruited two years ahead of time to ensure that there was time for them all to pass through the lengthy and extensive security checks.

Engineers were flown to and from the mysterious base and information was doled out in a strictly ‘need-to-know’ basis.

According to a document dated September 20, 1971, the project needed aircraft to transport up to 3,500 pounds of cargo, and between five and 20 passengers, between Long Beach and Area 51 on virtually a weekly basis.

While it is not certain why the program did not eventually go ahead, Popular Mechanics reports that it may have been next to impossible given the technology available at the time.

The highly complex program was also reliant on the Russians and Chinese not identifying what the drones truly were and plans could easily have fallen apart if they could not be fooled.

One of the documents states that the phaseout of the program began in November 1971.