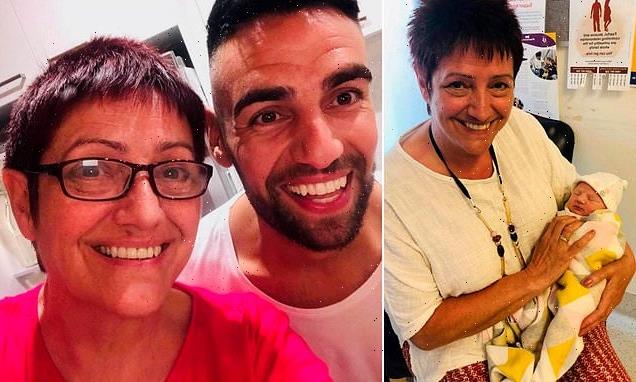 Unjabbed British grandmother, 64, will be deported back to the UK after landing in Australia to see her family – despite vaccine exemption

An unvaccinated British grandmother is facing deportation back to the UK after landing in Australia to see her family after doctors warned her against getting a jab because of her medical condition.

Clare Henderson, 64, landed in Perth to visit her sons Michael and Martin and their families but instead was held in immigration.

She had her fingerprints taken and was questioned for more than six hours by officers before being taken to a hotel where she was told she would shortly be deported.

The retired foster carer from Billingham, County Durham, has not had her jabs because she was advised against it due to having a medical condition called temporal arteritis, which caused inflammation of her arteries.

She was granted a travel exemption as a result of her condition, but since arriving in Australia has been told the law in Western Australia has changed since it was approved in November. 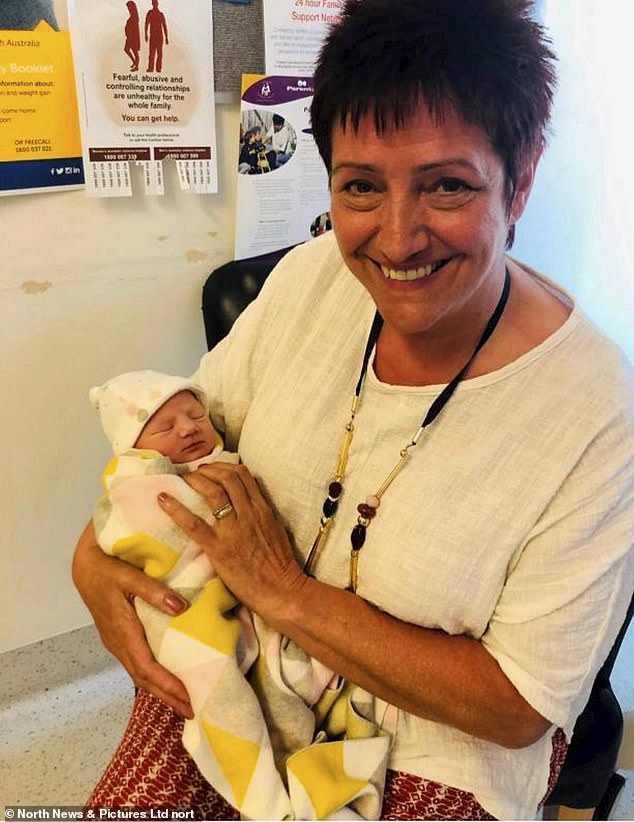 Clare Henderson is facing deportation back to the UK after landing in Australia to see her family after doctors warned her against getting a jab because of her medical condition. Pictured: Clare with her granddaughter

What is temporal arteritis?

The NHS says temporal arteritis (giant cell arteritis) is where the arteries, particularly those at the side of the head (the temples), become inflamed.

The ‘serious’ condition requires urgent treatment and its symptoms include: frequent, severe headaches; pain and tenderness over the temples; jaw pain while eating or talking; and vision problems, such as double vision or loss of vision in one or both eyes.

The NHS said approximately 40 per cent of people with temporal arteritis develop polymyalgia rheumatica which causes pain, stiffness and inflammation in the muscles around the shoulders, neck and hips.

Michael, 33, described the situation as ‘ludicrous’ and said his mother had been treated like a criminal.

He told the Northern Echo: ‘It doesn’t make any sense.

‘She arrived yesterday at 5.15pm and we were all at the airport waiting. My three-year-old was there with a sign welcoming her grandma.

‘To cut a long story short after seven hours someone finally spoke to us from Border Force and said they couldn’t disclose what was going on but we found out they said her exemption she had been given by the doctor was no longer valid.

‘Because the condition she has causes inflammation of the arteries she’s on a high does of medication and her doctor advised her not to get the vaccine.

‘She got that medical exemption and she got a visa – that was confirmed. Then she got a ‘good to go pass’ and the last thing was a digital passport. She did everything.

‘She’s been told since the visa was granted federal laws have changed to that medical exemption is no longer valid in Western Australia.

‘They allowed her to get on the plane. She had all of the documents with her and she arrived thinking she was going to just come through.

‘She’s been treated like a criminal. It’s been horrific.’

Clare was told she was going to be deported and flown back to the UK last night but now a decision will not be made until Thursday.

The trip would have been the first she saw her family in Australia since the pandemic began and the also the first time she saw her three-year-old granddaughter Florence since the youngster was a newborn.

Michael, who has lived in Australia for 13 years, has been staging a campaign outside the Holiday Inn in Perth, where she is being held.

He had hoped to take her some fresh fruit and food, as well as pictures drawn by his daughter to cheer her up but has not been allowed to deliver the parcel.

The breath work facilitator, who works with people with mental health issues, added: ‘Mam is struggling with everything.

‘The news today has given her some hope but the way she has been treated is horrific.

‘She’s 64 and just got off a long haul flight. Her legs are swollen, she’s got a massive headache. It couldn’t have been more traumatic.

‘She’s been waving from the window but she’s just been crying.’

The NHS says medical exemptions for Covid-status certification are required to ensure that certification does not exclude individuals who have reasonable grounds not to be vaccinated.

There are a number of grounds for requesting an exemptions which include people with medical contra-indications to the vaccines.

Individuals are able to request an application for a medical exemption through the NHS Covid Pass service by calling 119.

Short-term medical exemptions have also been made available for pregnant women even thought vaccination in pregnancy continued to be recommended by the Joint Committee on Vaccination and Immunisation.

The Green Book advises that pregnant women should discuss the risks and benefits of vaccination with a trusted clinician and make an informed choice about whether to proceed with vaccination or not.