He had just returned to his Tallahassee, Fla., home from a workout when he was shot twice in the head and left for dead. He died in a hospital about 15 hours later.

About a year before his death, Markel had finalized a divorce from Wendi Adelson, who was also a professor at FSU and director of a law clinic that assisted medical patients facing disability and immigration issues. The two remained locked in a bitter legal battle for months involving property, cash and Adelson’s mother wanting access to their children.

Over the course of five years, investigators combed through traffic surveillance tapes and car rental records, recorded calls and even employed a FBI sting operation to bring those they suspect are responsible for Markel’s death to justice.

The story that follows is based on the conclusions of the investigators about the two accused hit men who shot Markel in cold blood and who may have paid them.

The day of the murder

At 11 a.m. on July 18, 2014, as Dan Markel was pulling into his garage, he got a call and told the man on the line there was someone he didn’t recognize in his driveway. There was a muffled sound and Markel was never heard from again.

Markel’s next door neighbor heard what he thought might be gunshots, went over to Markel’s garage to investigate and then ran back to his home to call 911, telling the operator, “His driver’s side window was shattered and he’s spattered and can’t answer. He’s inside the car, the car is running, and he’s got blood all over his head. He’s not responding to me.”

Markel was rushed to a local hospital with two gunshot wounds to his head. Tallahassee police officers located his ex-wife Wendi Adelson early that afternoon at a local restaurant, where she was having lunch with friends, and drove her to the police station where they explained the details of the shooting.

“That’s what this is about,” the officer told her as she began to break down in tears. “There was a shooting at your home, or your ex-husband’s home. [He] has been taken to the hospital. He’s not going to survive.”

“What happened…I just don’t understand? How could this happen?” Adelson said on the police interview tape, sobbing. “My ex-husband caused me a lot of grief, but I would never do something like that.” 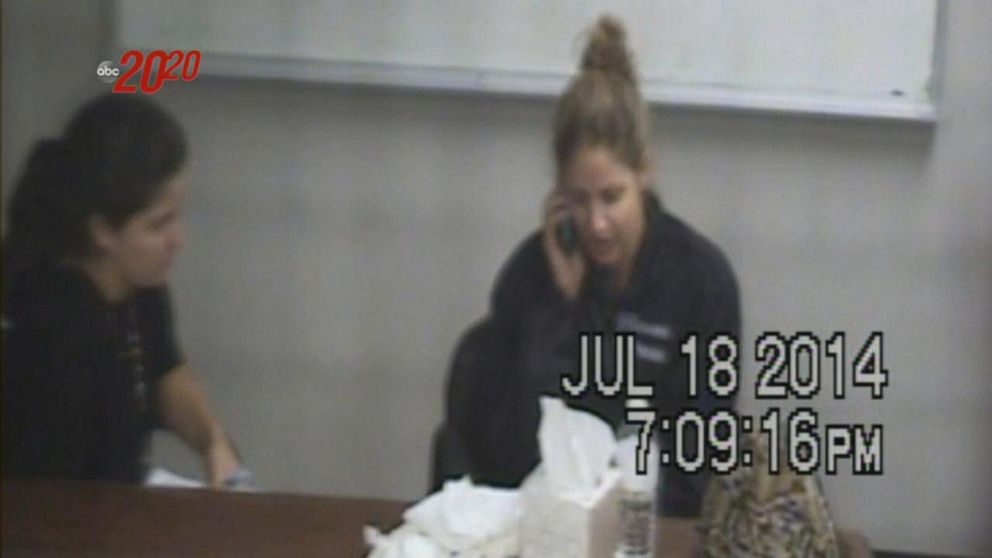 The interview went on for more than five hours. Adelson told police that she was in fear and worried that whoever shot Markel could be coming for her children next.

She was forthcoming about their divorce, and willingly allowed police to look at her phone, swab her for fingerprints and photograph her. She was not arrested.

About 15 hours after he was shot, Markel was pronounced dead.

Police found no evidence of a break-in at Markel’s home and swiftly determined that the shooting was no random act and that someone wanted him dead.

Given Markel’s legal and academic background, police initially probed whether a disgruntled student or reader of his controversial blog could be responsible.

Police verified that Lacasse had been hundreds of miles away at the time of the murder, but over the course of three lengthy interviews, Lacasse gave police his theories about the crime.

“I have something I want to tell you, but I’m concerned about my safety…to be honest,” Lacasse told police. “Danny Markel just got… killed and I don’t want to be next. I’m sorry if that sounds paranoid, but I do have some ideas.” 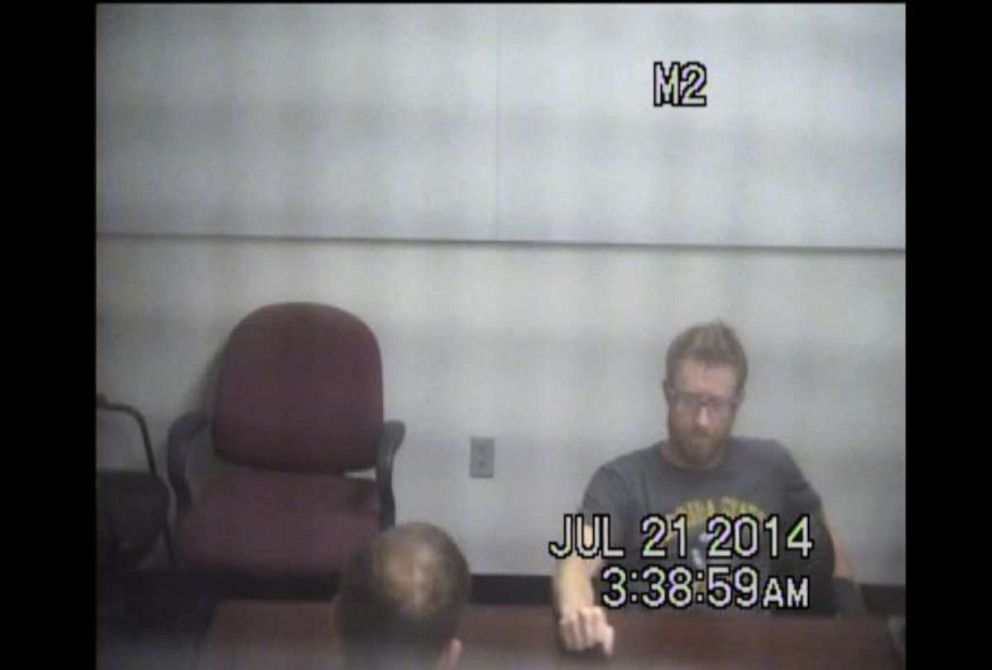 “The family desperately wants [Wendi] back in South Florida … They hate Danny in a way. I have never seen this kind of obsession. I mean, their hobby is hating Danny,” Lacasse is heard telling police on video recorded during his interview. “I would just say, I would be investigating Charlie Adelson. I don’t know if he did this, but if you are looking at someone, don’t miss him.” 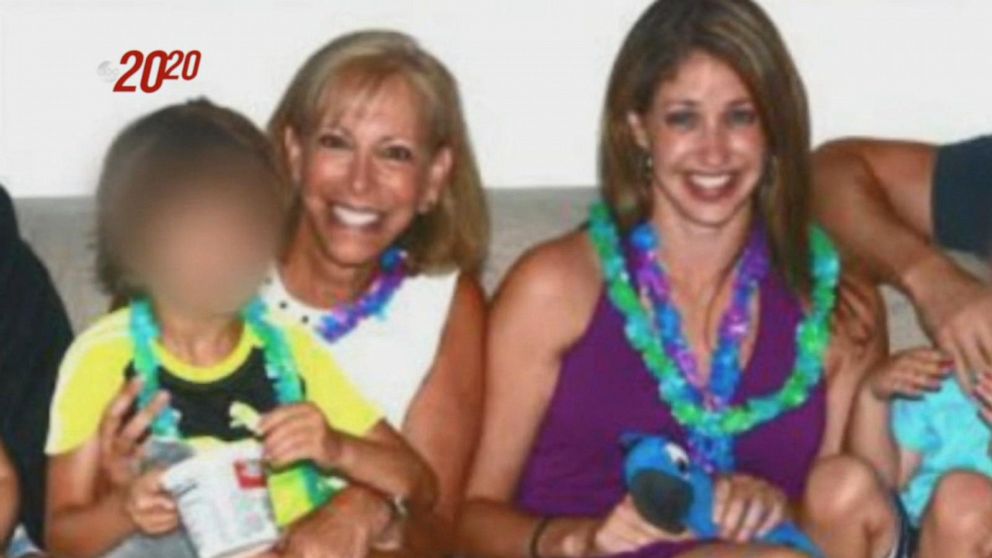 “She told me that Charlie had looked into having Danny killed in the summer of 2013,” Lacasse told police. “She meant it dead serious. He said it would cost about $15,000.”

Wendi had told police that Charlie “makes a lot of jokes in bad taste”, including when he gave her a divorce present and told her he had “looked into hiring a hit man … it was cheaper to get you a TV, so instead I got you this TV.”

Tallahassee police’s first big break came when they pulled surveillance video from Markel’s gym on the day of his death. They could see a Toyota Prius following Markel’s car out of his gym parking lot.

Police later obtained video shot from a city bus and intersection cameras of what they believed was the same Toyota Prius. They noticed a toll transponder on the windshield. They launched a search all over the state of Florida for records of the same make and model Prius that also had a toll transponder used around the time of the murder. 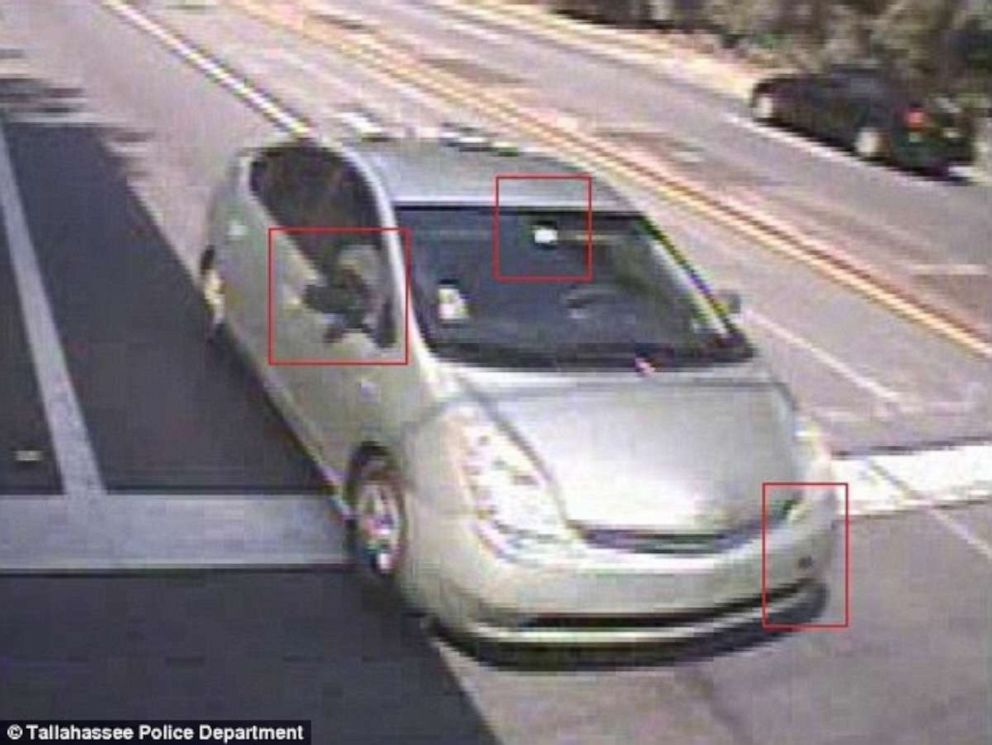 Toll records led them to a car rental agency in Miami. The rental agreement for the car showed that it was rented by a man named Luis Rivera. Using the listed cellphone number, police were quickly able to confirm Rivera’s identity.

Police say Rivera is a leader in the North Miami branch of the notorious Latin Kings gang.

A second telephone number was also written on the rental contract with the word “Brother” written beside the number. That cellphone number tracked back to Sigfredo “Tuto” Garcia of North Miami. Garcia is a childhood friend of Rivera’s who also has a felony record and has had more than twenty run-ins with the law.

Using cellphone data and GPS info, police said they were able to determine that the two men had been in the vicinity of Markel’s home at the time of the murder.

In May 2016, police announced first-degree murder charges against Rivera and Garcia. They were both indicted in June 2016 and faced the death penalty if convicted. Both entered not guilty pleas. 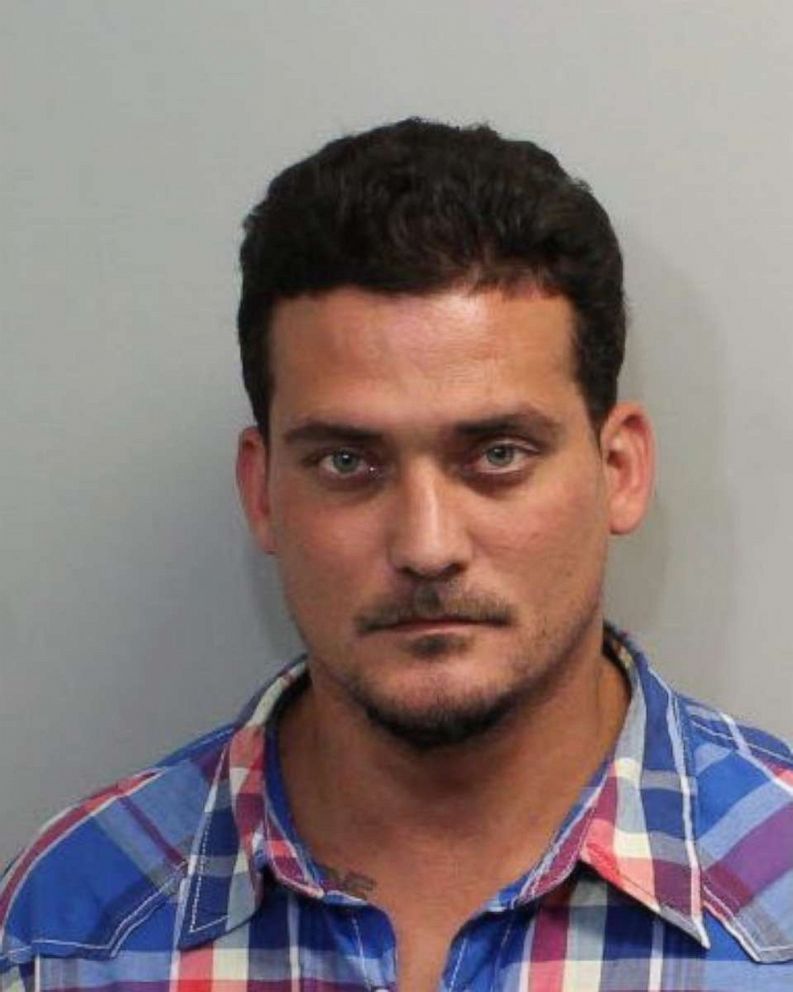 The question investigators were then trying to answer is, why would these two men from South Florida drive nearly 500 miles north to Tallahassee to kill Dan Markel? If Garcia and Rivera didn’t have a link to Markel, police believed they must have been hired by someone who did.

Police looked into Katie Magbanua, who has two children with Garcia. They discovered that from 2013 to early 2015, Magbanua dated Wendi’s brother Charlie Adelson – a period that overlaps Markel’s murder. 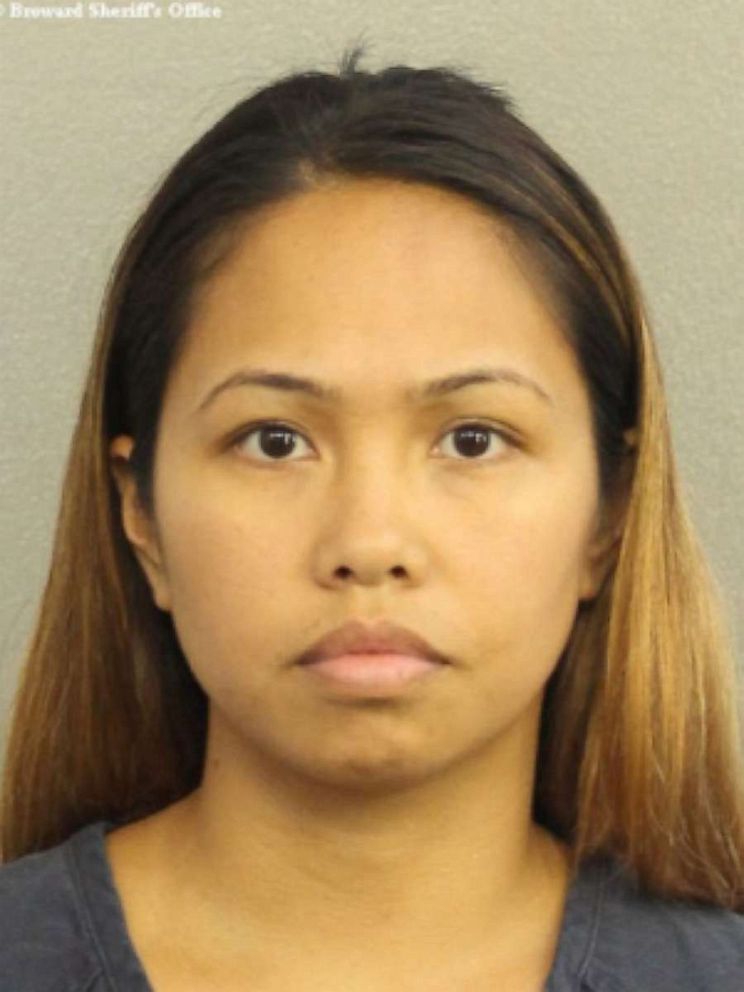 According to investigators, there was no record of any work schedule or job title for Magbanua in paperwork subpoenaed from the dentistry business.

In April 2016, authorities staked out Donna Adelson as part of an undercover operation. During the sting, an undercover FBI agent wearing a recording device, approached her, claiming to be the brother of one of the suspects.

“He helped your family with this problem you guys had up north,” the agent is heard saying to Adelson. “He’s going through some rough times and I want to make sure that you take care of what he’s going through the way you’re taking care of Katie and Tuto.”

Adelson insisted, “I don’t know what you’re talking about.”

The agent handed her a picture of Markel and then left. Adelson later called the agent, telling him she had nothing to do with her former son-in-law’s death, and didn’t know what his demand had to do with her.

The undercover agent, still posing as the suspect’s brother, demanded $5,000. Adelson then said she’d call him back. Adelson then called her son, Charlie, in a conversation that was secretly recorded by authorities.

“Does it involve me or other people?” Charlie Adelson asked.

“Well, probably the both of us,” his mother replied. “You probably have a general idea what I’m talking about. So let’s just find some time to talk to each other.”

In another undercover phone recording, Charlie is heard calling Magbanua, demanding to “find out who… it is and tell them to stop playing their games… I don’t know who you have to talk to, but it needs to be nipped in the bud.”

Though police thought the conversations were suspicious, they never got a confession on tape.

While the Adelsons carried on with life in Miami, Rivera was in prison on another charge when prosecutors offered him a plea deal: If he would describe his role in the murder of Dan Markel, he could plead guilty to second-degree murder but avoid the possibility of the death penalty.

In October 2016, Rivera decided to cooperate. He gave a statement to prosecutors, in which he said his longtime friend Sigfredo Garcia asked him to come along with him to carry out a hit and showed him a photo of Dan Markel. 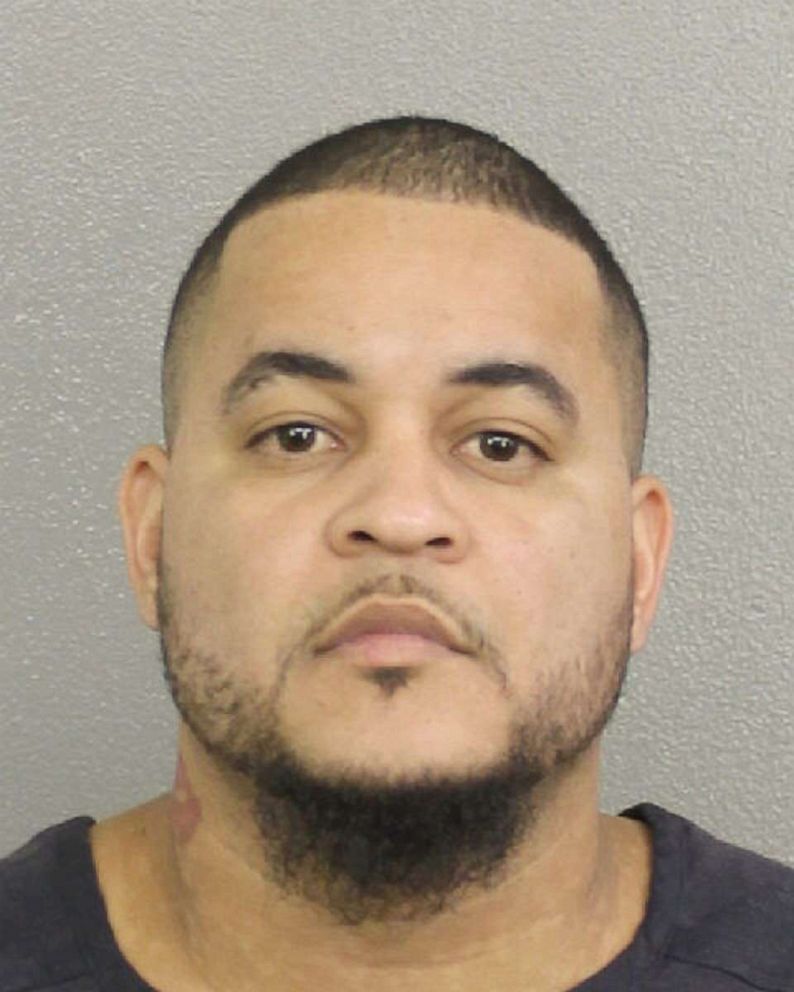 “I asked him, ‘Why are you going to kill this guy?’ … [Garcia said] ‘Because the lady wants her two kids back. She wants full custody of them kids,’” Rivera continued.
Rivera told prosecutors that in summer 2014, the two found Markel and trailed him for a few days. He said at one point, they followed him home and Garcia was the one who fatally shot Markel.

“As I’m following [Markel] home, he goes around the back. I go around the front. We met right in the garage. I was maybe three or four feet away from his car,” Rivera said. “Garcia jumps out, goes around the car, and when he’s driving. I think Markel’s on the phone that day. Shot him twice, got in the car, we left. Kept driving.” 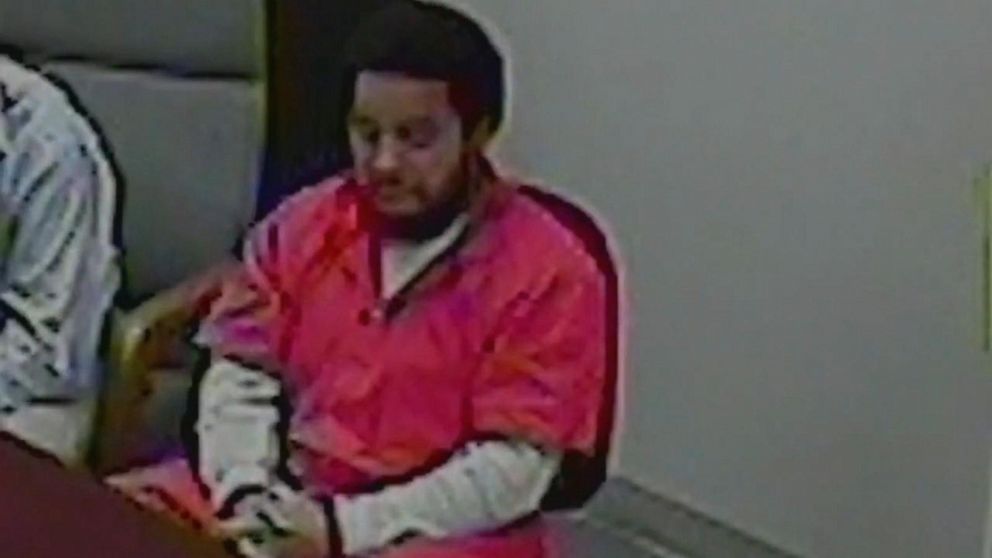 Rivera told prosecutors the first person Garcia spoke with after the murder was Magbanua.

“He said, ‘Everything is done. Make sure you have my money,’” Rivera said, adding he could “100%” hear Magbanua’s voice on the other end.

Magbanua was charged with first-degree murder and she and Garcia are currently standing trial for their roles in Markel’s death.

In the ongoing trial, prosecutors have argued that Magbanua was hired to solicit Garcia, who in turn solicited Rivera’s help to murder Markel.

In Luis Rivera’s damning testimony on the witness stand recounting the plan and murder, he pointed his finger directly at both Garcia and Magbanua.

Garcia’s attorney attacked Rivera, grilling him about his membership in the Latin Kings gang.

Magbanua took the stand on Wednesday and testified that she had nothing to do with Markel’s murder and had no knowledge he had been killed.

“For five years, the state has picked through every piece of Charlie’s life…looking for any excuse to charge him,” Charlie Adelson’s attorney told ABC News. “But there is nothing there. There’s no case against Charlie.”

“We just hope that justice will eventually be done. That was Danny’s big thing, justice. That’s what he taught and that’s what he believed in. And we’re just waiting for justice to be done,” Markel said.