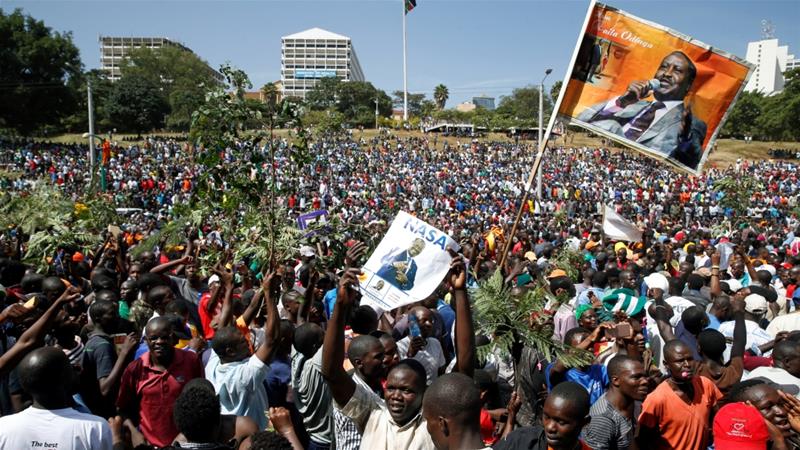 The United Nations has criticised the government of Kenya for keeping three independent television stations off the air, despite a court ruling ordering the state to lift the suspension.

Rupert Colville, spokesperson for the UN High Commissioner for Human Rights, said the stations remained suspended for a third day on Friday “in spite of an interim order by a Kenyan high court”.

“We call on the government to respect and implement the judicial decision,” Colville said in a statement.

The NTV, Citizen and KTN TV networks were suspended on Tuesday after they planned to broadcast the symbolic swearing in of Kenyan opposition leader Raila Odinga in Nairobi, the capital.

The government said broadcasting the mock swearing-in ceremony – at which Odinga declared himself the “people’s president” – threatened national security.

It also described the event as an attempt to overthrow President Uhuru Kenyatta.

The country’s High Court ordered a 14-day suspension of the government’s shutdown on Thursday while a legal challenge could be heard.

Journalists and human rights groups have condemned the media shutdown as an attack on freedom of the press.

“I didn’t understand the minister’s rationale on why they allowed the event, but cannot allow coverage.”

US State Department spokesperson Heather Nauert said the US was “deeply concerned by the government’s action to shut down, intimidate, and restrict the media”.

“We urge the government and all Kenyans to respect freedom of expression and implement court orders calling for the restoration of television broadcasts,” she said.