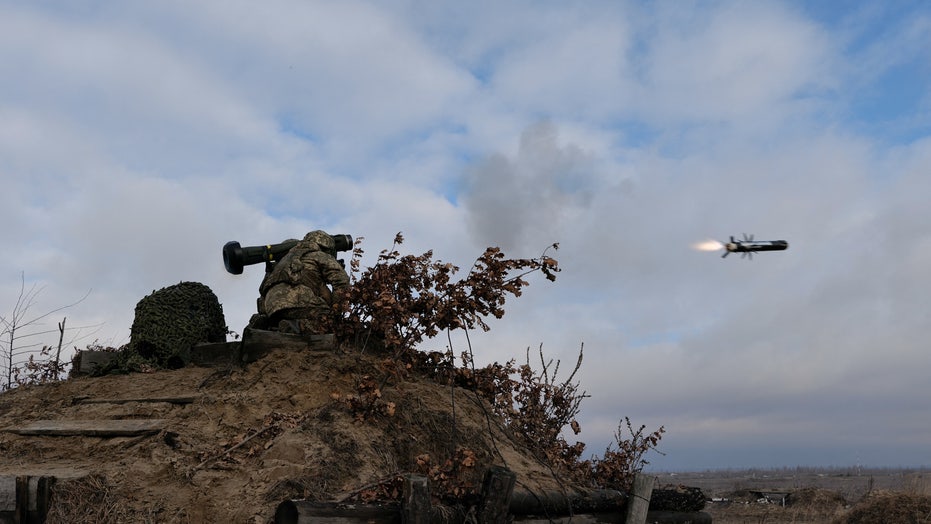 Project C.U.R.E. is working non-stop to send medical supplies to Ukraine, something a doctor in the war zone says is the number one priority.

Ukraine’s military has outperformed expectations in the face of a Russian invasion, according to Western intelligence analysts, and is putting up a stiffer resistance than Vladimir Putin calculated.

But the defense forces are out-manned and outgunned, and officials are asking for all the help they can get.

Numerous charities are accepting donations for humanitarian relief, including the Red Cross, to which FOX Corporation has donated $1 million, and UNICEF USA. 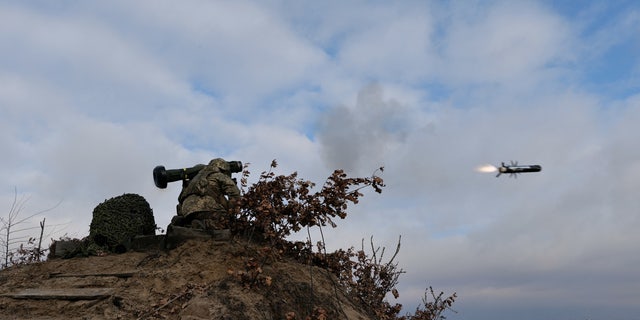 Service members of the Ukrainian Armed Forces fire a Javelin anti-tank missile during drills at a training ground in an unknown location in Ukraine, in this handout picture released February 18, 2022.
(Ukrainian Joint Forces Operation Press Service/Handout via REUTERS)

But legitimate ways to donate military aid are not always immediately clear through a simple internet search.

Fox News Digital reached out to several people on the ground in Ukraine for advice on how to donate directly to the country’s defense forces.

Current and former officials recommended going through the National Bank of Ukraine. The bank announced a fundraising account specifically to raise money for the country’s armed forces on Feb. 24, near the start of the invasion.

The account is accepting donations from multiple currencies, including U.S. dollars, euros and British pounds.

They also recommended donating to the nonprofit Come Back Alive, which says it has supplied and repaired equipment, conducted military training and aimed to combat Kremlin propaganda since 2014. 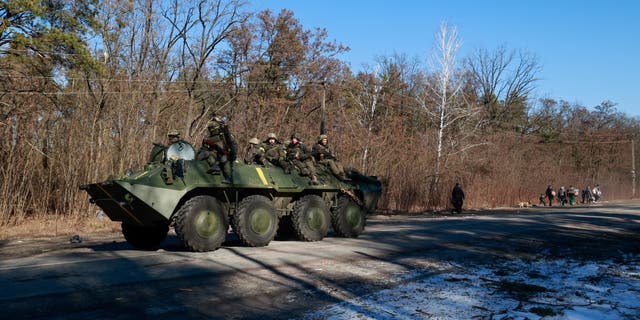 Members of the Ukrainian forces sit on a military vehicle amid Russia’s invasion of Ukraine, in the Vyshgorod region near Kyiv, Ukraine March 10, 2022.
(REUTERS/Serhii Nuzhnenko)

The U.S. and NATO allies have also sent military aid to Ukraine – including much-needed anti-tank and anti-aircraft weapons. A single Javelin anti-tank missile can cost around $175,000.

The Ukrainians claim to have taken out more than 300 Russian tanks, over 1,100 APVs and over 130 aircraft and helicopters. And they say they killed more than 12,000 Russian troops.

U.S. officials say the Russians may have lost up to 6,000 troops. The Kremlin put the number at 498 last week.

“Every day we do not provide additional ammunition to the Ukrainian army, lives are lost and the cause of freedom is diminished,” she argued.

According to the United Nations High Commissioner for Human Rights, more than 500 Ukrainian civilians are confirmed to have died in the conflict, which began two weeks ago when Russia invaded its smaller neighbor on three fronts. The number could be significantly higher, according to authorities. More than 2 million refugees have fled the country. 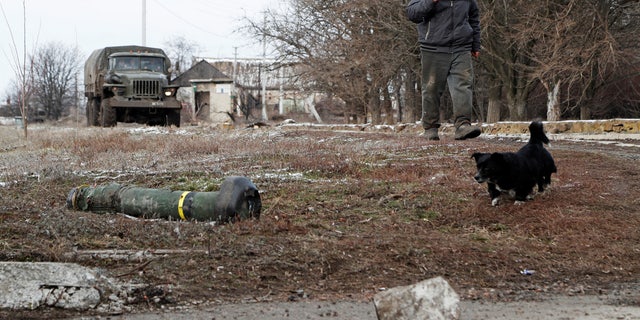 A local resident walks past a destroyed Javelin missile system in the separatist-controlled village of Anadol during Ukraine-Russia conflict in the Donetsk region, Ukraine March 10, 2022.
(REUTERS/Alexander Ermochenko)

There are numerous non-military charities set up to benefit Ukrainian refugees, children and others.

Grunt Style, the veteran-founded U.S. apparel company, is donating proceeds from one of its Ukraine-inspired designs to the Save Our Allies charity, which is working to evacuate Americans and refugees from Kyiv.

CEO Glenn Silbert said last week the group is sending special operations vets to set up field hospitals in Poland and Romania. It is also transporting medical supplies to Ukraine and arranging evacuations for women, children, disabled individuals and American citizens trapped in the country.

Last week, Canadian artist Christian Borys began selling “St. Javelin, the protector” stickers on Instagram – showing a haloed figure holding one of the U.S.-made anti-tank missiles, according to the CBC. He raised more than $600,000 for Ukrainian children in days. 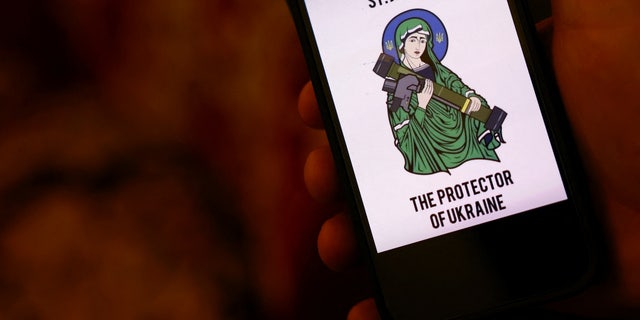 A member of security holds up a mobile phone showing the picture of an icon showing a Saint holding a javelin anti-tank missile in Lviv, Ukraine, March 7, 2022.
(REUTERS/Kai Pfaffenbach)

“All proceeds from the sale of these stickers go towards a registered charitable organization in Canada that provides support to the children of deceased and wounded Ukrainian veterans,” he wrote on Instagram.

GoFundMe says it does not accept donations or fundraisers for the war efforts of any country — but it is hosting numerous relief and humanitarian campaigns, including the one organized by Mila Kunis and Ashton Kutcher.